The Dangers Of Cell Phones; There’s A Report by Catherine J. Frompovich 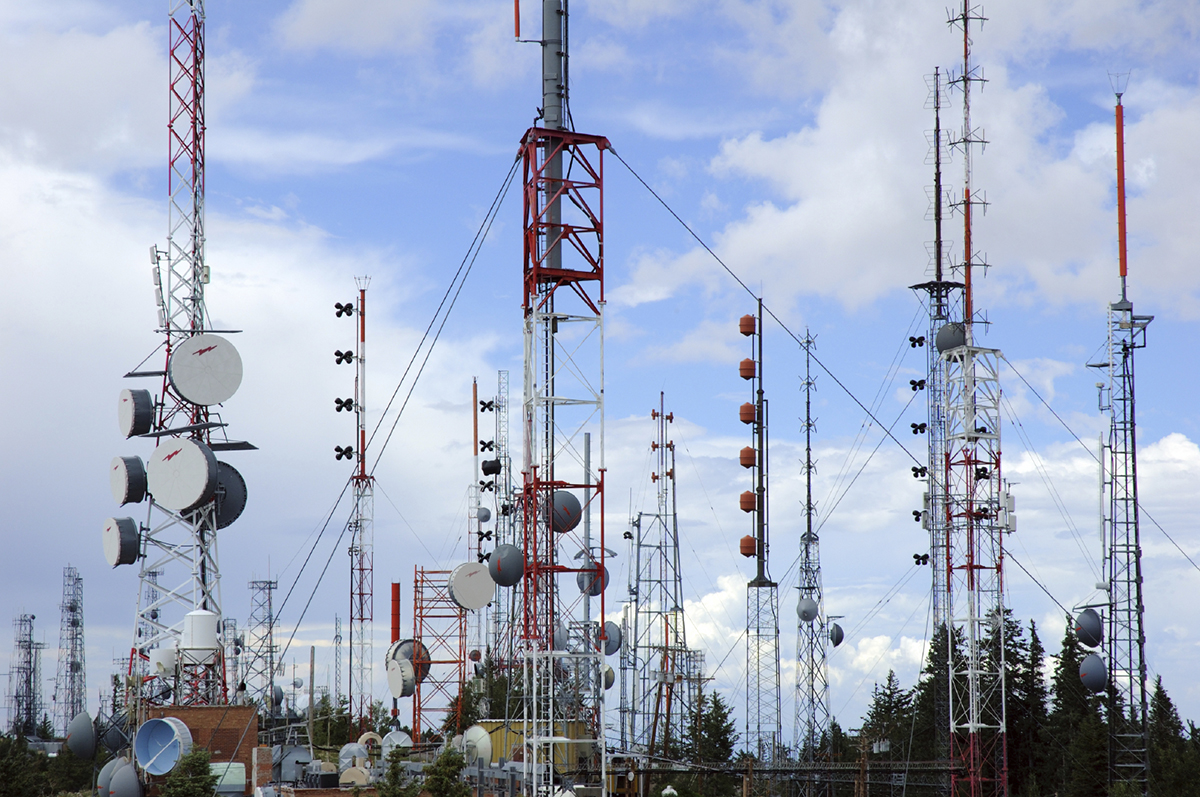 What would you think if I told you there is deliberate, governmental suppression of important health reports and information? One normally would think federal and city/county/state health agencies would be bending over backwards to bring factual health and precautionary information to the public they serve.

Well, there’s documented proof the State of California is messing around with keeping important cell phone dangers information from public access and the residents of that state. California officials apparently are involved in what could be considered either a conspiracy of silence or collusion to deceive the scientific facts about cell phone health dangers in the report “Cell Phones and Health” produced in 2014—of which there were 27 rewritten versions—but never released to the public to date.

Activists in California took the matter to court and the judge ruled Professor Joel M. Moskowitz, PhD, only can receive a copy of that suppressed report, apparently after learning the suppressed report was not released to the public because:

1.   If that report were released, it would harm the cell phone industry!

2.   The report’s information could cause chaos among the public!

3.   There’s no need to release the report since the CDC issued [cell phone] warnings, which is not a factual statement according to Cindy Franklin, Director of Consumers for Safe Cell Phones.

Here’s the 10+ minute video recorded at the state capitol in Sacramento, July 21, 2017 during the state’s birthday celebration.

Interestingly, there’s a bill in the California state legislature—SB649, which supposedly was written by cell phone lobbyists—that may be destined to become the template legislation the cell phone industry has designs to get passed in every state in the USA. However, a California attorney, Harry Lehmann, says,

If the assembly goes forward despite this risk, bankruptcy of the State of California can be reasonably expected to result. [1]

What was Attorney Lehmann’s reasoning behind that? Well, according to Environmental Health Trust

In this [Lehmann] letter dated July 19, 2017 the Law Office of Harry Lehmann explains how the State of California faces liability for damage sustained by Senate Bill 649 because the Bill shifts liability from the Telecom industry to the State of California. He documents in detail the science indicating serious harm – including DNA impacts and cancer – from microwave radiation.

Note, EHT says the attorney documents in detail the science indicating serious harm! In his 11-page letter, which can be read here, Attorney Lehmann ends with:

Note what Attorney Lehmann says about a similar bill in the U.S. Senate, S19, which has been placed on hold! I wonder why; not enough money from cell phone lobbyists going into Senators’ re-election campaigns?

Back in California, if SB649 passes, it would become law January 1, 2018 and “nearly all cell towers may be sited by telecom carriers without any local control.” [2] And that’s what the cell industry wants to happen in every state.

Ultimately, such legislation would mean a cell tower could be placed on your property, in your back yard and no citizen input and/or protest would be permitted. Such legislation would take away any and all citizens’ rights regarding their properties and cell towers! Is that what we want? Could you sell your property with a cell tower on it? Readers better check what’s going on with cell phone company proposed legislation introduced into your respective state legislatures bill hoppers.

As I’ve said so many times, “U.S. citizens are living in a Corporatocracy.” However, some California firefighters are concerned about health risks; here’s what Los Angeles Firefighters Local 1014 had to say:

As firefighters and paramedics, we live in these firehouses [where they install cell towers on the roofs or on the fire house grounds]. What effect will these towers have on us? What are the risks to our neighbors? It’s a no-brainer that LA County should at least have done a proper study before [,] before putting 200-foot high-power microwave antennas on top of our heads. [3]

If the FCC, state legislatures and state public utilities commissions don’t come to their senses about accepting without investigating the outdated, false and misleading consensus science the cell phone and microwave industries associations put out, what will happen when refrigerator-size towers can be placed in neighborhoods on poles outside your front door?

It seems the cell phone industry is taking a page out of Big Pharma vaccine makers’ play book regarding shifting legal liability resulting from product liability harms and claims. The GMO industry has been trying to get the very same perk with Monsanto spearheading that push. Nonetheless, in 2013 former President Obama signed the “Monsanto Protection Act” [4].

It’s interesting how corporations want to make big bucks from their products, etc., but want no responsibility for damages those products or services cause. In the case of cell phones, we’re looking at DNA damage and cancers, according to various scientific reports.

One thing everyone needs to factor into cell tower issues and discussions is they send out health-damaging microwaves. So do AMI Smart Meters, which public utility commissions are mandating be retrofitted on to utility customers’ homes. Houston, we got a problem!

Furthermore, the Federal Communications Commission set regulations regarding cell phones and antenna towers [5], including not wearing live cell phones on your person/body. Those are 1996 guidelines; it’s now 2017 and a lot more scientific information about non-thermal radiation waves has been documented and published.

However, there’s something lacking in FCC’s and microwave industry associations’ guidelines, I think: No one has calculated the cumulative exposure SARs (specific absorption rate) [6] from Wi-Fi, cell phones, lap top computers and numerous smart gadgets using radiofrequencies which work via microwaves. 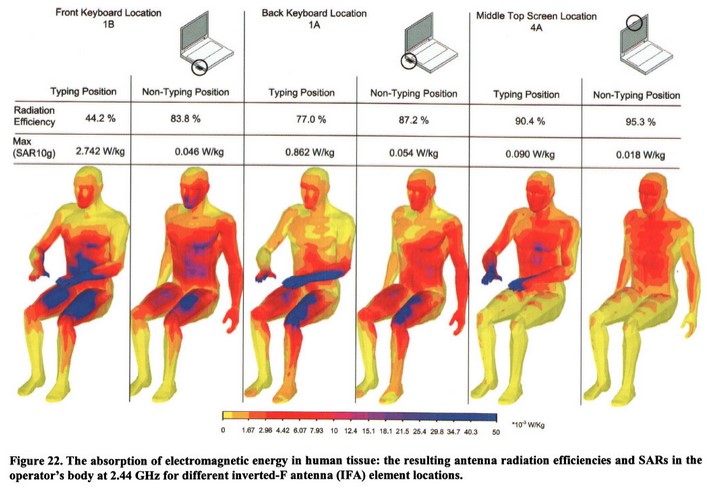 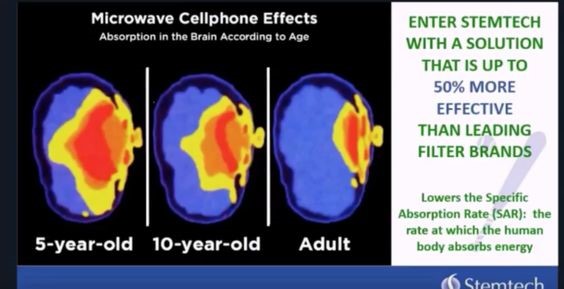 By the way, have you read the information that comes with your cell phone?

Catherine J Frompovich (website) is a retired natural nutritionist who earned advanced degrees in Nutrition and Holistic Health Sciences, Certification in Orthomolecular Theory and Practice plus Paralegal Studies. Her work has been published in national and airline magazines since the early 1980s. Catherine authored numerous books on health issues along with co-authoring papers and monographs with physicians, nurses, and holistic healthcare professionals. She has been a consumer healthcare researcher 35 years and counting.

Her 2012 book A Cancer Answer, Holistic BREAST Cancer Management, A Guide to Effective & Non-Toxic Treatments, is available on Amazon.com and as a Kindle eBook.

Two of Catherine’s more recent books on Amazon.com are Our Chemical Lives And The Hijacking Of Our DNA, A Probe Into What’s Probably Making Us Sick (2009) and Lord, How Can I Make It Through Grieving My Loss, An Inspirational Guide Through the Grieving Process (2008)