THE DARK SIDE OF LED LIGHTING 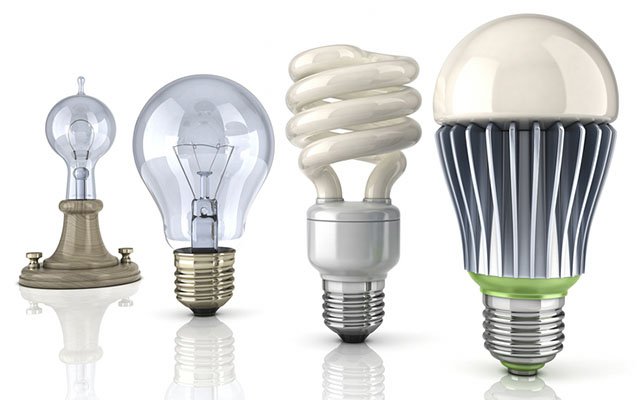 By Sara Burrows
LED lights are making us blind and wreaking havoc on our endocrine systems, peer-reviewed studies show… Leading photobiologist recommends switching back to sunlight, candles and incandescent bulbs

One of the world’s top photobiologists has been trying to warn the public for years about the dangers of the government-mandated phasing out of incandescent lighting.

While LEDs (light-emitting diodes) are up to 95 percent more energy efficient than incandescent bulbs, we are paying for that savings with our health.

A physician and lecturer at Wismar University in Germany, Alexander Wunsch is an international consultant to governments, medical facilities and the lighting industry.

His message, though often ignored, is clear: blue light, isolated from all the other colors on the light spectrum, is damaging our retinas and disrupting our endocrine systems, resulting in all sorts of physical and mental illness.

It’s not a message the LED industry, governments looking to cut carbon emissions, or consumers saving money on electricity want to hear. But, as this Harvard Medical School report says, it is “backed up by study after study.”

Natural light gives off all the colors (wavelengths) of the rainbow in a somewhat continuous manner, Wunsch explains in an interview with Dr. Mercola.

This fluorescent coating transforms part of the blue light into longer wavelengths, creating a yellowish “looking” light, but a large portion of the light emitted is still invisible blue light.

While present in sunlight, and a necessary ingredient for life, blue light needs to be balanced by all other colors of light, particularly its opposite color of light – red.

As you can see below, red light is absent in traditional fluorescent and LED lights:

Wunsch says most of us are severely deficient in near-infrared light, which has a wavelength of between 700 and 2500 nanometers.

The heat generated by incandescent light bulbs is infrared radiation. While this heat requires more electricity, the infrared light it generates is actually beneficial to your health, and therefore worth the extra cost, in Dr. Mercola’s opinion.

Near-infrared light – like that generated by a candle or fire – primes the cells in your retina for rest, repair and regeneration, which is why Wunsch uses it as a therapy on his patients.

Near-infrared is also a crucial energy source for humans. According to Wunsch, only about one-third of our bodies’ thermodynamic energy comes from food. A much larger portion comes from “photonic energy” from the sun.

The more near-infrared radiation we get, the less food is required for maintaining thermal homeostasis (body temperature), he says.

LED lighting may be one of the largest sources of non-native electromagnetic radiation we are exposed to on a daily basis.

In addition to lighting our houses, office buildings, schools, stores and streets, LEDs have become the dominant technology for back-lighted tablet displays, such as iPads and e-readers, and large LCD television sets. Virtually all reading these days involves staring directly at an LED light source, rather than at newspapers, magazines and books, where light is reflected off the paper, rather than beamed directly into our eyes.

Many optometrists have spoken out about the damage this is doing to our eyes, one predicting 100,000 Americans will become legally blind due to blue-light damage over the next decade.

A recent study published in the peer-reviewed journal Molecular Vision says prolonged exposure to blue light with a wavelength between 400–470 nanometers can “induce severe damage to the retina.”

In addition to damaging our eyesight, blue light after sunset disrupts our endocrine system.

“Study after study has linked working the night shift and exposure to light at night to several types of cancer (including breast and prostate), diabetes, heart disease, and obesity, says an article published by Harvard Medical School.

These diseases may be related to the fact that light suppresses melatonin, a hormone that influences circadian rhythms, the article says:

“While light of any kind can suppress the secretion of melatonin, blue light does so more powerfully. Harvard researchers and their colleagues conducted an experiment comparing the effects of 6.5 hours of exposure to blue light to exposure to green light of comparable brightness. The blue light suppressed melatonin for about twice as long as the green light and shifted circadian rhythms by twice as much (3 hours vs. 1.5 hours).”

In addition to suppressing melatonin, Dr. Wunsch says excessive exposure to blue light creates “oxidative stress” that damages lipids, proteins and DNA and is linked to a myriad of pathologies.

While cool LED bulbs emit more blue light than warm LED bulbs, the label “warm” can be deceptive. They give out a warmer “looking” light because the blue light is masked with a yellow or orange filter, but they do not emit a red wavelength.

When buying bulbs, look at their CRI or color rendering index, Wunsch says.

Sunlight, which is the gold standard, has a CRI of 100. So do incandescent bulbs and candles. If you must buy LED bulbs, look for a CRI of 97, which is the closest they come to natural light.

LEDs are the most dangerous at night, Wunsch says, as there is no counterbalancing red light. The biological risks of artificial light are somewhat mitigated if you have plenty of sunlight streaming through windows, but if that’s the case, why have lights on at all?

Wunsch says being in darkness after sunset is optimal. Candle light is enough for orientation, he says, but if we must do activities that require more light, he highly recommends getting our hands on incandescent bulbs.

While you won’t find them at most department stores, you can still buy “vintage” incandescent bulbson Amazon.  Just make sure they are crystal clear, not coated, so as not to block the beneficial red light:

For a more energy-efficient incandescent light, you can buy low-voltage halogen bulbs

Just make sure you operate halogen on DC rather than AC to prevent electrosmog, Munsch says.

And, if you must be exposed to blue light after dark, definitely wear blue-light blocking glasses: