“The Darkness can Sense the Approach of THE LIGHT Coming through The Awakening, into the Human Heart.” 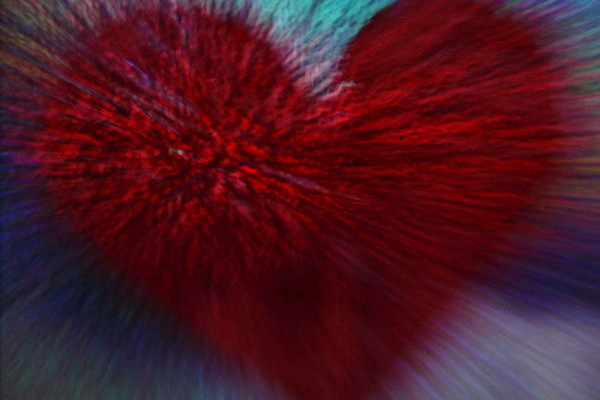 “The Darkness can Sense the Approach of THE LIGHT Coming through The Awakening, into the Human Heart.”

The changes of the last few months have come in a swift and breathtaking surge. I try to look at conditions and events from as many perspectives as are required to get ‘the closest possible’ conclusion. Sometimes when I start out believing something is true to begin with, I then draw on all available data to prove it out. Sometimes I have no idea, so I gather all available data to see what ‘seems’ to prove out. Occasionally I will trend toward the abductive sense, which is like where the jury in a court case has a certain amount of evidence to come to a conclusion and this is where a preponderance of Circumstantial Evidence might come into play.

Whether you are a fan of Sherlock Holmes methods, or other forms of analysis, unless your mind is clear to begin with, you can wind up in murky waters and awash in syllogisms and tautologies, along with many another curious term you may have never even heard before and of course… in comes all the numbers and letters and situations like B=A when C stands for clueless. You also get that every crow you see is black, so all crows are black, just like all your uncles being bald, so that everyone’s uncles are bald and not considering that your girlfriend’s uncles all look like Lyle Lovett. As long as your girlfriend doesn’t look like Lyle Lovett you are probably going to be more or less okay.

What am I trying to say in my usual cumbersome and circumlocutious manner? I am trying to say that logic is only valid and useful when employed by a logical person in a truly objective manner. It isn’t so much that the evidence is flawed. It is that the person sorting the evidence is flawed. Similarly, Reason is only accurate when employed by a reasonable person, who also has the commensurate amount of impartial perspective. Was anything I said there unequivocally true? Heh heh… depends on whether you agree with me or not, doesn’t it? AND… that would depend on whether you were warm toward me to begin with, because there are those who are not warm, who are not disposed to agree with anything I say, For instances, if 7,000 children are starving in India and someone knows that they share the blame for this somehow, by doing nothing about it, what are the odds that they will use all sorts of spurious argument to acquit themselves? The odds are quite great. When someone is NOT HONEST WITH THEMSELVES TO BEGIN WITH, it doesn’t matter what forms of reasoning they use or what logic they resort to to validate or refute something AND it doesn’t matter which tools you use to convince them.

One who argues with fools makes themselves into a fool. One needs never concern themselves with what others think or what slanders they employ because of The Rules of Existence and one of those is that for every action there is an equal reaction. Newton said it was an equal and opposite reaction BUT that means something different than you might first think. A ball thrown forward against a wall, rebounds at you from an ‘opposite direction’. That is what is meant. Further study shows that The Laws of Karma attend EVERYTHING we do, so we need not concern ourselves with what people do to us. It is THEY THEMSELVES who need to be concerned. The Golden Rule is an advisement of Self Defense, it is not just a homily about the right thing to do. It protects you!

If you point out someone’s dishonesty and they find themselves coming to argue about it in places that don’t even include the commentary they are arguing about, you would… if you were at all insightful, come to believe that that person’s balloon of self importance got slightly pricked and that they were in a mad scramble of self justification. Heh heh… I could do this all day. This is the thing about hypocrisy… be VERY CAREFUL when poncing about in a fever of self righteousness because you may well be a textbook case for The Purpose of Demonstration.

I understand about what happens when people age; they become less forgiving. They lose Range of Motion; not only in their limbs but also in more subtle areas of their being. They become stratified. They start pontificating about forms of behavior that only a little while ago they were passionately engaged in BUT… now their capacity has diminished SO… it must be wrong, since it is no longer fun for them.

Now… I am purposely being a bit complex in this posting and proving nothing, because, to my mind, complexity NEVER proves anything except that one would have been better off being simpler in their communications. I can get all dry and spiritually parsimonious with the best of them, if I choose but I do not choose. When I use big words round here it is not because I think they are the best choice for what I am saying but it is more something else… heh heh. Yeah, some part of me wants people to improve their vocabulary but that has NEVER led to one having anything more worth saying. All it does is further confuse the issue, which wasn’t useful or informative in the first place, much of the time.

We hide our insecurities in many different ways. NONE OF THEM, I assure you, hides them all that well. If you are honest with yourself; REALLY honest with yourself, you can see this sort of childish behavior at work in a most transparent fashion at all times.

There are only a few ways that a person becomes an atheist. One of them is due to a falling out with Religion. Because it doesn’t get more hypocritical and mean spirited than it does in Religion. One might have been raised in a Calvinist or Puritan household and thereby compelled to a lifetime of negative reactions to any idea of a divine being. One might think themselves smarter than everyone else and this, that, or the other. Religion is not God or Spirituality. Confusing the two is your problem. Religion is a tool of the Devil and rightly dismissed as any kind of a portal to higher states of awareness. Who is it that murdered most of the saints and spiritual leaders of their time, as well as those brave scientists who discovered that Religion was wrong about this, or that, or the other thing? Yes… you are correct.

So… to make a long story even longer, I was talking about the changes that have come upon us, the same kind of changes that the Israeli attack on America on 9/11 brought to air travel and our formerly freer lifestyles. The hammer came down on our lives after that day, just as it is coming down these days, as the result of yet another hoax, this time a Plandemic. You can be sure The Usual Scoundrels are as involved in this one as they were in the other.

I AM NOT going to let FEAR govern my life because I TRULY BELIEVE what I say when I say that God is in control of everything. Life hasn’t been as carefree as once it was because, just as in ordinary times the cream will rise to the top, in extraordinary times of material confusion, the turds float like curds at the top of the mix. You see it politically, in entertainment and art. You SEE how the mediocre and talentless are at the forefront of every enterprise and this is INTENTIONAL and a major facet in Dumbing Down.

You can be very effective at Dumbing Down by manufacturing the icons that the public emulates. Observe the persona of Rap Artists. They are quite the role model (snicker) BUT… say anything critical and you are a racist. WHO IS IT that is calling for the elimination of the white race? They are nearly all from a particular genetic demographic and happen to be white themselves but they think that leading the surge acquits them of being a casualty of the thing they created. You have the progeny of the owners of the slave ships being in the vanguard of the Civil Rights movement and also founding things like the Southern Poverty Law Center, which IS A HATE GROUP and who now tells us who the hate groups are and that is anyone seeking some residue of our vanishing civil liberties.

This Plandemic is the next step, following the impeachment process in the effort to get rid of the president. ‘THEY’ are in a black-hearted fury to toss the whole of existence into chaos and confusion because they can sense the approach of THE LIGHT coming through The Awakening, into the human heart. They KNOW the time is short and their job is to cull all of the souls who exist in a compromised state of fear and material excess. These ARE the times that try our souls.

My friends… it is hard, so very hard to maintain a faithful perspective and remain vigilant in the face of adversity. One of the curious by products of an Apocalypse, is that intentions and weapons tend to turn upon the one wielding them, for the PURPOSE OF DEMONSTRATION. EVERYTHING in an apocalypse is for the Purpose of Demonstration because it is all about; revealing, uncovering, exposing and bringing all that is hidden, forth into the cleansing light of our awakened sight. Do not despair, the power and love of God is there.

Pray… seek the light within and when you are troubled, remember =

“The LORD is my shepherd; I shall not want. He maketh me to lie down in green pastures: he leadeth me beside the still waters. He restoreth my soul: he leadeth me in the paths of righteousness for his name’s sake. Yea, though I walk through the valley of the shadow of death, I will fear no evil: for thou art with me; thy rod and thy staff they comfort me. Thou preparest a table before me in the presence of mine enemies: thou anointest my head with oil; my cup runneth over. Surely goodness and mercy shall follow me all the days of my life: and I will dwell in the house of the LORD for ever.”