The Dynamics of Giving and Receiving 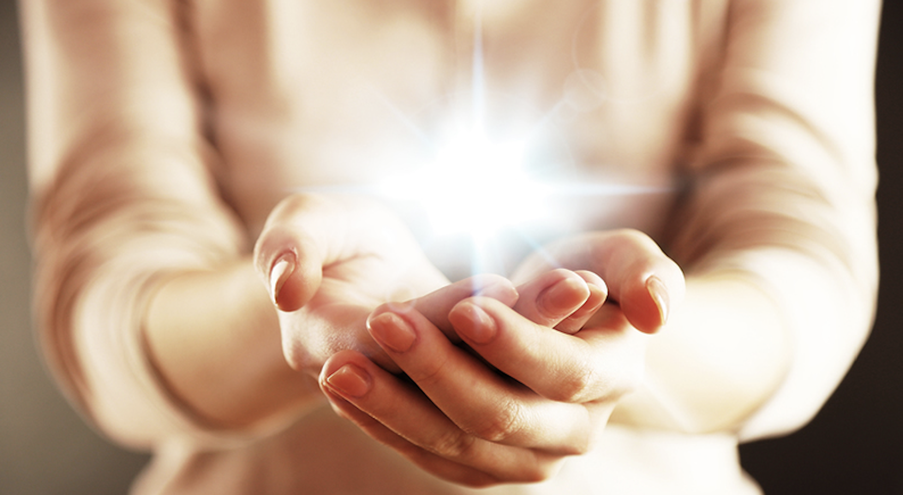 The Dynamics of Giving and Receiving

We might need to consider why and how we give and how we receive, and in that we also have to look at the conditioning both in the giver and in the receiver.

Society will have us believe that we will get rewarded if we behave and we are good.
Being good in that context means we fold to the demands of society, whether it be getting good school grades or doing what society wants, and we will get some kind of bonus.
Since the point of friction in this is called punishment and reward, which stems from behavioral psychology, in its most primitive form of conditioning hence: Pavlov’s Dogs.
(Very much in play now with the Corona)

So, if we do not behave – we get punished, either expressed punishment by some kind of judgment or just the lack of reward, endorsement, a gentle look and what have we. We get the cold or the silent treatment. The last is mean, since it often leaves us guessing as to what we did wrong or did not do to please our masters, bosses, teachers, parents and down that line.

Most of us are parents who were kids once, so we have to look really hard into ourselves to find out what we were conditioned to and if it so much as slightly smells of Pavlov we might have to break the chains of conditioning. If you do not have children, it’s equally important to examine.

Well maybe our bad is really good and their good is really bad.
So spiritually/metaphysically it does not make much sense. For serving the system, it makes a lot of sense. All we do in our lives is to try to peel off the layers of either conscious conditioning, from whoever sets the parameter for good or bad, to find our own parameter of the same qualities our Inner Core.

“If you do this and that – I will reward you.” Often not said – but it hangs around in the air, ei?

Any form of gift that comes with an alternate motive is not a gift, it is manipulation and it exposes the ‘giver’ and the giver’s agenda and once we see that, we will refuse the gift.
Until we learn to do that, receiving a conditioned gift is both embarrassing and awkward. That is the reason that we do not want gifts because we know we are being bought. Not to be confused with any trouble in receiving. It’s a question of awareness.

A lot of people are onto that, and yet having not seen the programming consciously, they become very suspicious of gifts and rightfully so. Often, they would say to themselves,  (I talked to some recently): Why am I having so much trouble receiving? The metaphysical answer is: Because you are caught in the programming.

The power these fake givers have is enormous and if we doubt that, well, we can just take a look at how the school system works through its system of grades. If you do not solve this assignment you will get an anti-gift, which is a low grade, and if you repeat what we taught you, you will receive the gift of good grades. Even bloody social media picked this up through its stupid ‘like’ or ‘dislike’ system, so it’s not easy to shake off. It’s massive.

Well, maybe the kid wrote a really interesting essay, which parents and teacher didn’t approve of since the wicked kid suddenly got creative and imagined life differently or gave some ideas that both judges thought were silly, but yet:
They came from the core of that kid – so let’s just dump the ideas and the forming of a mind with independent ideas into conformity. Well. Dead on Arrival.DOA.

I have worked a lifetime with people trying to come to terms with their past and the lack of love they were given, since a way of going anti gift is to take love out of the equation. Love is for us as children, attention, loving arms and a gentle look or just a kind word whispered. Not providing this intentionally is called: Ignoring.
A tool used by many parents and teachers. And hmmm: Adults in general – mirrored by their kids. Vicious circle.

Then we have to understand the retail version of gifts. Manufactured events like Valentine’s Day, Mother’s Day, Father’s Day, Christmas and many more we all have to give gifts no matter what. That is very stressful because it is so hyped up and maybe we´re not in a gift mood or in a receiving mood, but we have to ‘act’.
If we are in tune with giving for just giving, we become immune to the main stream ‘special occasion’ hype and leave this kind of programming.

We need to tune our compass of giving into the Celestial idea of giving.

Some have that programming still, that if they are good – they will get rewarded by the Uni. Let me translate that:

I have done so and so, and now I want my reward.
Well, if you want a reward for being good – was that the reason you were good?

Some think that the Celestial is a franchise of behavioral psychology and every time they do right a bone will fall from the skies…
I watched the news on TV some years ago, where they had this Tibetan doctor in the studio because she worked for free. She didn’t charge anything but took some minor donations. She answered the question: Why are you doing this for free, with: Because in my next life all these people will have to help me and I reap the good karma. What!

She didn’t do it for anyone other than herself. I´m very sure that the Celestial, the Uni sees through that and she has several lives in front of her working as a doctor for the good of others.

A true gift goes beyond the reason for it.
Beyond reason for giving on account of deserving it. It just manifests but in order to manifest it needs a creator of that manifestation.

We can walk down a shopping street and spot something in a window and think: Well, my beloved would certainly go WOW if I gave that. We do not have to wait for the manufactured occasion; we need to manifest the Principle of Gifts and just give, because we know it would make the other person feel good.

Our kids might have gone on about this particular toy or clothes and we might spot it and just get it for them.

Every time we give we have to be in a position of some kind of abundance, whether it is small or big. It should be free of ambition and it should be free of mainstream ambition like we´re being fed via main stream media on those manufactured special occasions, posting stories of the rich and ‘successful’ spoiling their youngsters with a Christmas wrapped up Porsche Cayenne. Which obviously is a design to make the same mainstream people plugging into that stuff feel inferior.

Some people with money, they can have little or they can have much, have the power to free someone they are close with from financial stress with the stroke of a pen.
Sometimes that’s called for and sometimes this is called for: ‘It’s better to teach a man how to fish’. Teaching somebody to fish is also a gift, but just providing is to move the hurdle in one stroke and then he has the calm to fish.

This often Morphs into a parenting view of: No, I will not give my kid a gift since I do not want to spoil them.
Nobody´s talking about spoiling. Spoiling is no good and it often comes via our own impact on our kids, that they should pester their parents with needy demands, if they want something.
That is from adults or children who feel entitled and that is hardly any solution.

The second issue is: If we get stuff too easily, we (they) will not learn to fight for it.
Well, Life was hardly meant to be a fight, even though that is the reality we´re in. We have to fight for our survival in these times and in our storyline as humans.

The solution if we want to step out of this programming ourselves and free the ones around us from it, is the joy of giving and igniting the joy of receiving.

What will happen if you choose to do this is that the ones you target for a gift will act suspicious and they might ask:
Why are you giving me this? Looking for the agenda or the reason. There is none. It is not carpet bombing people with gifts, it’s occasional and often driven by intuition or the joy of having people, and kids are also people, in our lives.

The equation of them expecting it, feeling entitled to it, did not match as the system would have told us. It was a false equation transcending into: You are in my life and I love you and sometimes I need to manifest that love beyond the obvious of being kind, loving and supporting and lifting some weight off some weary shoulders as goes for gifts among adults.

What it will spark, is gratitude, safety and feeling recognized.

I said that Gifts are sometimes physical manifestations of love. They are. I’m a bit reluctant to say that it will also make people feel loved, since that surfs the wave of programming of: If you get gifts you are loved, which is false in its premise. But as a metaphysical statement it is not false.

If we cannot embrace that with gratitude or love, I´m afraid we bought into it coming with certain conditions. The System invented religion to serve that need.

A soul toned with gratitude is closer to the God Force than anything else.

A soul perceiving life as a gift, the eyes of the beloved as a gift, nature as a gift, is the embodiment of that same God force.

Love I believe is the term. Without any form or shape of stickiness.