The EGO Does Not Survive 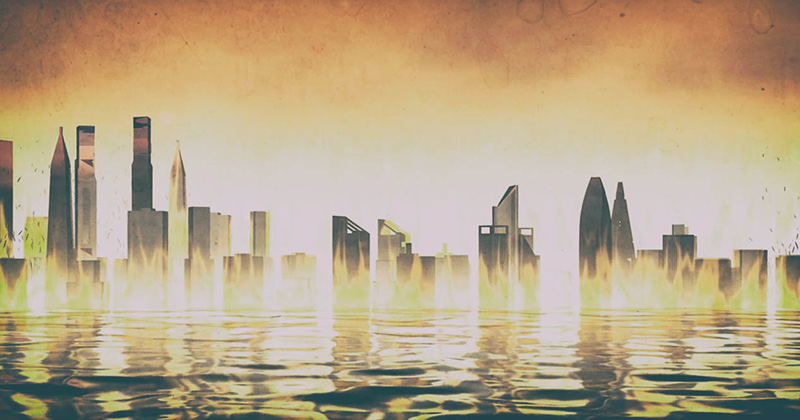 The EGO Does Not Survive

What Is “Cognitive Dissonance?” – CO2 is plant food / CO2 is destroying us.
https://www.infowars.com/kids-lead-humanity-into-carbon-taxation-hell/

Today, a spectre of fear and insecurity casts a dark shadow across our minds and political landscape. Suicide among youth, even in such insular societies as Japan, has exploded. Children are cynically recruited as angry shills, groomed by “handlers” to cow the “un-woke.” A menagerie of aberrations conjured by the “Fear Machine” continue to erupt. Associated angst and dysfunction are conveniently “normalized,” and medicated. Symptoms are blamed, causes obfuscated. For millions of youth “life” is externalized, “experienced” vicariously through social media and the placebo experience, solutions to the existential and physical problems of our times stifled by political correctness. Problems today, are “instinctively” framed as protracted social “issues” to discuss, rather than as questions with solutions. In the realm of applied dialectical materialism, problems reign supreme, wherein “solutions” often precede and inform the usefulness of any “problem” under consideration. Result? Problems are cynically exploited as political currency, and the proverbial can is kicked down the road to the next “election.” Today’s fears and insecurities have contributed widely to a narrowing of consciousness and possibility, collapsing the mind into a reactionary flight or fight dis-ease. For many, the window to spirit and the infinite Self remains shuttered. Cynicism & mistrust reign.

CO2 generators in green house growing increase yields by 50%. However, this hasn’t stopped global warming ideologues from demonizing and exploiting CO2 as a harmful product of human activity. A reasonable concern has been with carbon “monoxide (CO)” resulting from incomplete combustion. CO2 on the other hand, is an element ubiquitous to all biological function and regeneration. Diamonds and graphite too, are hydrocarbons. As professor Thomas Gold of Cornell University explains in The Deep Hot Biosphere, whereas diamonds have ascended to the earth’s surface rapidly under high pressure from depths beneath 40 kilo-bar (40 thousand atmospheres / approx. 150 k beneath the earth’s surface), graphite has risen slowly over time. Their crystalline structures are similar.

So since when has carbon, referred to as “King of The Elements,” the fourth most abundant element in the universe by mass after hydrogen, helium and oxygen, become such an ominous threat to humanity? Publisher of the American farm magazine Acres USA, Charles Walters, in a forward to Julius Hensel’s book Bread From Stones explains, rising CO2 levels are historically associated not with warming, but with a cooling. Inspired science, similar to an inspired religion, has been denuded of spirit and captured by reductionist ideological and economic interests. Much of what passes for science is today a “color-of-science,” that which appears to be but is not. Taxing carbon seems tantamount to taxing oxygen and hydrogen. Fear mongering, whether of falling off the edge of the earth, or changing weather, has long been a tool of emotional manipulation and an engineering of a mob consensus for extortion and control. There is today a large disparency between an informed versus uninformed opinion. “Consensus,” is disproportionately emotional. An informed democracy hangs on the precipice of descending into rule by mob sentiments. A stealth censorship has imposed itself in the guise of approval seeking and intimidation.

An unrecognized consequence of engineered consent – an uninformed consent predicated upon erroneous assertions and presumptions inflamed by emotion laden platitudes, inevitably produces a “Societal Psychosis” – the so-called “Madness of Crowds.” THIS societal psychosis stems from a systemic misconception and misinterpretation of function and process. A surreptitiously programmed discord with function and creative order explains cognitive dissonance. If truth informs progress then, falsehood precedes entropy and chaos. To demonize carbon then – especially in its benign CO2 form, is asinine – a material abrogation of an inspired science and function. Mushrooms, rusts, molds, anaerobic algae etc.,- nature’s “converters,” recycle toxic and spent organic material into soil, emitting CO2 as a product of a Divinely Inspired Symbiosis, a creative order comprising principles of function and process. So, a decay of organics worldwide, in compliment with an abundant diversity of fungi, molds, rusts etc., generates infinite amounts of atmospheric carbon dioxide. Like so many poorly conceived emotion laden memes, a fear of cow flatulence – methane, not CO2, is pragmatically and cynically milked to fan the flames of discontent. Whereas plants and trees fix carbon in correlation with a biologic ionization of light (photosynthesis) which comprises 90% of organic mass and emits oxygen, human respiration like mushrooms, absorbs oxygen and emits CO2. A healthy functioning forest is symbiotic, with oxygen and CO2 production complimentary to all biological processes, their growth and regeneration. In other words, one won’t easily function without the other.

Just for the record, when the CO2 scare was first promulgated, few had any notion of the difference between Carbon “Dioxide” and Carbon “Monoxide (CO),” the latter depending upon its concentration, poisonous. The former, a key element to all organic as well as inorganic life, formation and regeneration. Therefore, to demonize a widely abundant pillar of life (CO2), is counter-intuitive to both function and process. Of course, too much of a thing, toxic OR beneficial, is good for nothing, including CO2. In a finely tuned balance with oxygen, CO2 activates and regulates our breathing mechanism. To be sure, whether of plant or human, growth ceases, and respiration collapses in an absence of CO2.

How Does It Work?

But this is not all about weather, and probably much more to do with our overall sense and awareness of function and process in duality, this, as an expression of an Eternal Singular, Unified Field of Infinite Consciousness, a knowledge codified in many inspired ancient writings. Indeed, not only were the Egyptians masters of proportion, but they were also, along with a vast repository of the spiritual sciences of India, history’s consummate spiritual technologists. The “Fall” occurs, when man begins to worship image as an expression of his own EGO which is bound by insecurities. And despite a history showing the most barbarous atrocities have been perpetrated in a quest for an immortality of the EGO and its reductions, today, against all human history, this transient EGO has been crowned the limit of all possibility wherein there can be little if any regeneration… never mind “sustainability.”