The Evolution of Human Cognition | Book Excerpt from Fasting the Mind. By Jason Gregory 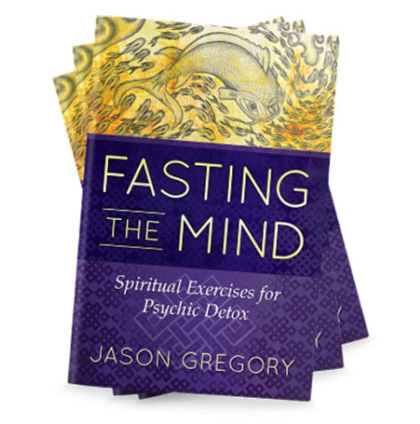 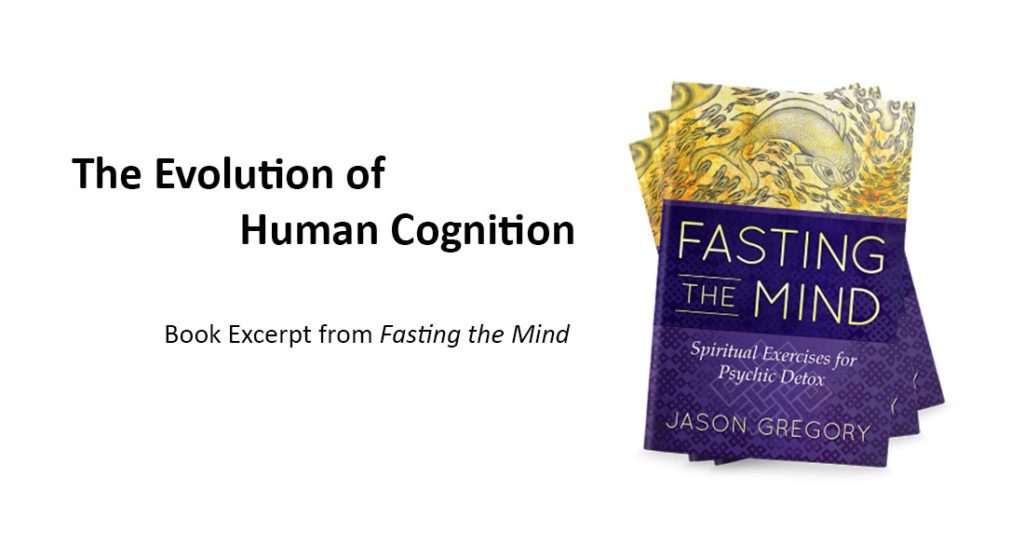 As the human species began to move to different locations on the planet, our minds naturally adapted to the environments and circumstances that we confronted. This is highly significant in regard to which parts of the brain were in function and the worldview that was shaped accordingly. This is evident when we explore Asiatic and Western cultures from before the Common Era. When we go back to the first two millennia BCE some of the biggest civilizations were the Greek and Chinese cultures. Due to environmental factors, both civilizations developed cognitively different.

When we explore the evolution of ancient Greece we discover mainly small groups of people spread out along a vast area of the Mediterranean coastline. Living in smaller communities meant that the sustenance for survival was oriented toward more individualistic activities. Hunting, herding, and fishing were the main sources of food and labor that the Greeks were engaged in, and they are very individualistic activities. Contrary to the Greeks, the ancient Chinese civilization evolved around the Yellow River valley of northern China. The ancient Chinese lived in larger communities due to the need for establishing large irrigation systems for rice cultivation. Rice cultivation requires a lot of people and is a collective activity, as we still see today in Asia.

The environmental factors that both cultures encountered determined which part of the brain developed further. In ancient Greece life was oriented more toward individualism as a result of the environment. This individualistic perspective exercises more of the cold cognitive controls in the prefrontal cortex (cold cognition (known also as System 2) is the self-conscious, slow, deliberate, and effortful part of our mind, which we refer to as our self, the “I,” found in the prefrontal cortex (PFC), which is the cerebral cortex that covers the frontal lobe of the brain). As a result people began to be increasingly analytical, not because the people were naturally like that, but because that was what was required to sustain life due to the environment. This tendency toward the function of the cold cognitive controls was the seed of the Western psychological trait of analysis. The Western analytical perspective has become the primary cognitive response to life around the world. Beginning in the West, as a result of analytical thinking, everything is dissected, unpacked, and pulled apart in the hope of always coming to a logical conclusion. Yet we are blind to the fact that our logical conclusions are based on our conditioning, which is subjective and not objective.

This analytical view has influenced the modern world tremendously, starting in ancient Greece. The Western view of the universe, God, society, and culture is almost always analytical. The analytical view gave birth to linear thinking, which corrupted Western institutions. For example, Western religions take on a very linear and authoritarian view of God as an egotistical ruler, which results in a political view of the universe, rather than a more natural view. The idea that God created this world and we are subject to him as a king comes from the analytical view of how individuals apply themselves to life. This means we think of a universe that is created, in the same sense of how we build a home: from the outside as an external agent. Western religions think of God in this way, and it has influenced most Western religions deeply. For example, Jesus was the son of a carpenter and also the son of God, and both are seen as builders.

The cold analytic view is attracted to what stands out rather than the relationships of the background to the foreground. Western thought tends to dissect and categorize anything—God, for example—making it the pinnacle of thought, without realizing that if you highlight one object you exclude the rest, which ultimately implies duality rather than the oneness of God. Because of analytical thinking those in the West divide the world into opposites that are separate and isolated. God and humanity are opposites, likewise black and white, female and male, and so on. This way of thinking is completely opposite to that of the East and many indigenous cultures.

There is psychological evidence to prove this difference. Research shows that when Westerners and Easterners are shown the same images they each describe different features and focus on different aspects. For example, one of the better-known research tools is a picture that shows a large object in the foreground and a background composed of smaller objects. One such image shows a big fish in the front while the background is composed of much smaller fish and coral (see figure 1). 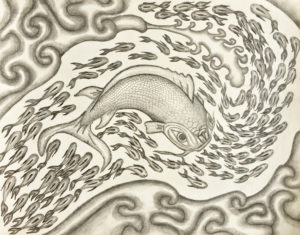 Figure 1. The differences between foreground and background.b  By Dao Stew.

Looking at this image in the research laboratory, a group of Westerners and Easterners were asked what they see. The majority of the Westerners described the big fish in the foreground, showing little or no awareness of the background. The majority of the Easterners, on the other hand, described the background and its relation to the foreground. This same test has been done many times with similar results. The conclusion of such research illustrates that Westerners are cognitively conditioned to perceive things that stand out due to analytical thinking, which results in a tendency to divide life into categories and objects. The Easterners, on the other hand, are cognitively oriented toward perceiving the world holistically, likely resulting from the collective tendency to perceive life through context and relationships. Both of these different perceptions of life gave birth to the social, cultural, and spiritual philosophies that Easterners and Westerners tend to unconsciously uphold. As Richard E. Nisbett states:

Focusing on relationships and context is a hallmark of Eastern thought. This Eastern view naturally came about because of the environmental factors, which were mainly community driven in the East. For example, in ancient China what was good for me on a personal level was not necessarily good for the community. And because the main source of food was rice, it was not beneficial for everyone to pursue personal interests. Social harmony was imperative in those times, over and above egocentric desires. As a result the cold cognitive functions were not overly employed because the naturalness of the hot system took over the individual, and so the community could work in unison (hot cognition (known also as System 1) is the function of our mind and body that is automatic, spontaneous, fast, effortless, mostly unconscious, and thought to be emotionally driven. The hot system is found in the more primal part of the brain, which developed earlier in human evolution and which we associate with the unconscious).

Over time this hot cognitive approach to life led to the holistic perception of the world. The holistic view comes from always considering what is best for the greater whole at the expense of your own interests. The holistic view is a state of consciousness that is always mindful of the big picture, while the analytical view keeps us blind to the big picture because it is lost in the detail of one’s own mind and circumstances that are driven by our personal agenda.

The philosophies and spiritual traditions that result from the more holistic Eastern perception of life, such as Hinduism, Buddhism, Taoism, and Confucianism, tend to reflect the view of the totality and how important it is to act in accord with the greater perspective, be that Brahman/Tao, society, or what have you. The wisdom traditions are then based on mutuality and a sense of mystery rather than thinking we know everything. One idea prevalent in the Eastern wisdom traditions is that opposites are mutual, and in their deepest essence one and the same. For example, God dwells in humanity. Also, there is no beginning of night and day, as they are one process. The Chinese concepts of yin (feminine, receptive, earth, cooling energy) and yang (masculine, active, heaven, hot energy) are only apparent opposites when we compensate for one over the other, but when they are in balance we discover their intrinsic unity. Even when we start out in the womb we are all the same. We can’t see this obvious reality when we are overly dependent on the analytical cold cognition. To overuse the cold analytical cognition will exhaust you physiologically, causing the hot system to take over to compensate, taking the “I,” the sense of self, out of the equation. As we become exhausted, we loosen our grip on the daily dramas of life and lose our apparent control so that the unconscious wisdom of the universe can take over. In losing control you gain the kind of control you were always after, which is divinely powerful. This is the wisdom of the East.

That power arises from the unconscious regions of the brain, which are the regions of the brain that were primarily in use in ancient China that results from the collectivist environmental factors. Not many sages, philosophers, and deep thinkers, except for political leaders and royalty, were self-interested in the ancient East because that led to selfishness and the illusion of a personal identity. In both ancient times and today the problems and suffering in the world come from the same place: the wrong perception of an “I” separate from the universe. The idea of the person that you think you are eclipses your understanding that you are one with the universe as the universe. Our mind is plagued with contents that we identify with, without sensing the pure awareness deep within that we truly are.

When we think of “I” we are only thinking of the cold cognition, the troubleshooter that scans the environment for obstacles based on our conditioning, what Chuang-tzu would call the human flaw of qing (qing means “species-specific essence,” and in relation to humans it means the “ability to discern between this and that,” which Chuang-tzu believes is a fundamental flaw). Since our fundamental problem in ancient times is the same as today, both ancient and modern sciences can be combined in understanding the framework to eventually downregulate the sense of “I.”