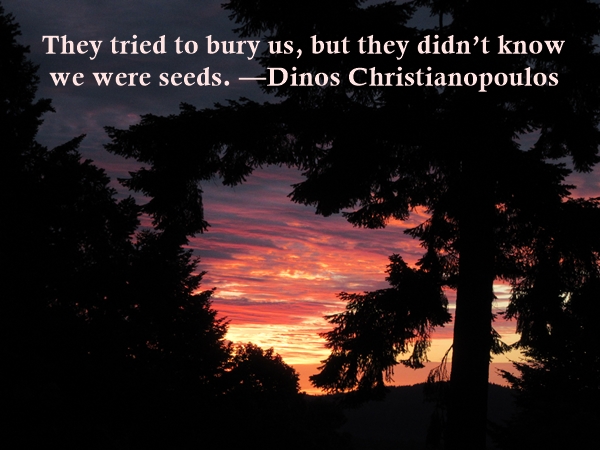 ‘In times when there were no electrical currents; when the air was not swarming with electrical influences, it was easier to be human. For this reason, in order to be human at all today, it is necessary to expend much stronger spiritual capacities than was necessary a century ago.’ —Rudolph Steiner, 1917

Are humans kind or unkind? The two characters seem mutually exclusive, yet somehow coexist… at least for now. The battle line is drawn. The kind are many, the unkind few; yet those who harm outweigh the mass in extralegal instruments of persuasion, in sheer manufacturing capacity, in tawdry reruns of brute force.

It remains for humankind to choose our own reality; to leap beyond left-brain lockdown. We brave the truth and its consequences; we insist on a return to our rights enshrined in natural law. If they persist on the road to nowhere, it’s us against them; we will stand with the trees.

Conversation with our chief medical officer

– Thank you for chatting with us today. Can you tell us, what was you motivation in taking your current post?

– Where to start? Power, prestige, security, a top-notch financial package with bonuses…

– I believe you were groomed by the WHO…

– I was going to add, building back the public health better, forgoodofall.

– Sorry? Please feel free to refer to your notes.

– Looking ahead, there’s clearly only one path forward. We are the highway.

– My employers, the sponsors, the granting agencies, the public-private partnerships, the office of global coordination… you know, the program. The future.

– It’s funny, your honoress, I had all these questions to ask you about the health measures, but now… 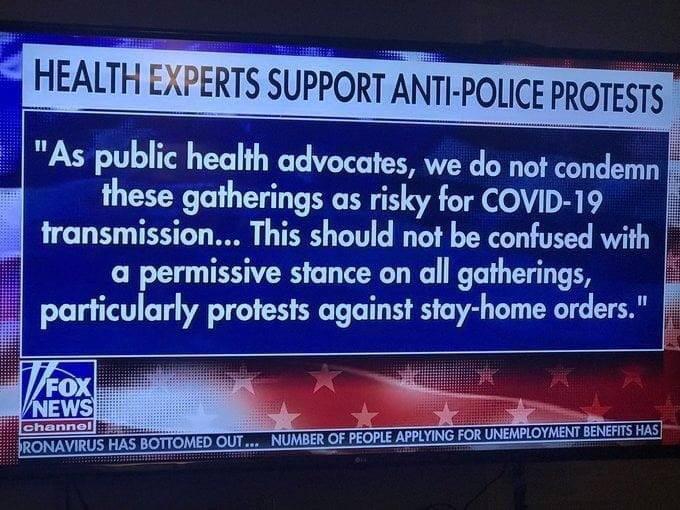 – Look, six feet or two feet, walking or eating, essential versus nonessential, sick or healthy, death-by or death-with… We’ve been saying all along: everybody must get shot.

– A slip of the tongue. I hope it doesn’t come to that. I believe we’re more clever.

– What do you say to those who suffer blood clots, heart attacks, seizures, and deaths following these experimental medical interventions?

– You mean the vaccines? Haven’t you been paying attention? They’re safe and effective.

– What about the flawed studies, the manipulated data, the rushed trials, the blank package inserts, the thousands of claims, the countries that have suspended injections…

– Didn’t you hear what I said? They’re safe and effective. Are you attacking me? Are you a science denier? Are you the person who sent me a stuffed sheep-doll for my birthday?

– Me? Haha. I’m press. I’m neutral. I’m a conduit for reality; a bridge between power and the people.

– I would like your audience to know I’m a person too. A female person who likes pretty shoes. A blonde person who has feelings. My feelings are hurt when you ask too many questions. All your talk about injuries, deaths. People don’t want to hear about that!

– Wait, you’ve been going on about nothing else for most of two years now! 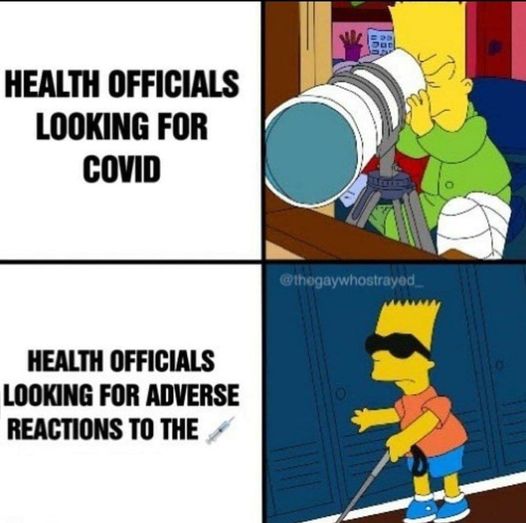 – That’s different. That was just to prepare you, to accept, no, to embrace our solution. Now I’m quite sure you’ve heard enough about dead bodies and long-term suffering. It’s time now to pull together and stop this childish hesitation. Grow up to be good citizens of the Protectorate. Be generous enough to sacrifice yourselves to the deity without gender, without nation, without prejudicial emotion or primitive notions of freedom. Just trust us.

– Good. Let’s keep it that way. Mask up! I’ll see you at your upcoming appointment.

– Not in person, silly. But I’ll be there in spirit, keeping track of you. Until then, ciao!

‘The first sentence in the modern creed must be, not “I believe,” but “I give myself.”’ —H. G. Wells, “Open Conspiracy: Blueprints for a World Revolution”

Choose Your Own Reality

‘It can literally feel like the entire world has gone insane…but it hasn’t.  Because what you are seeing on your electronic devices is not the real world…. Quit watching the illusion.  Come back to reality.’ —Brian Cates, The System Is Panicking, The Narrative No Longer Has You, Hold The Line, The Enemy Is Cracking 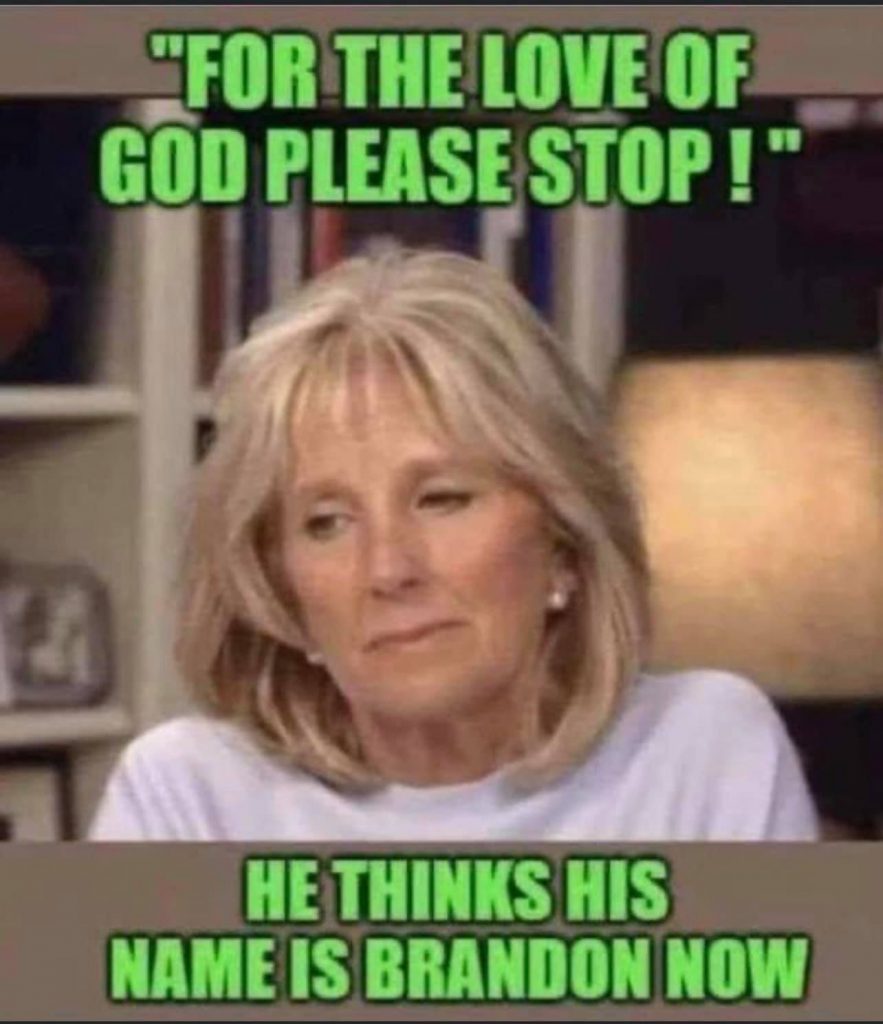 The first episode of the TV series Electric Dreams, based on stories by Philip K. Dick, debuts at an apt time, when two separate realities coexist and only partially overlap. In “Real Life,” two characters flip back and forth into each other’s identities via VR technology. As each is challenged in turn to embrace their present world as “real” and the other experience as fantasy, the viewer must wrestle with the choice, which version of the story to believe?

The same applies across our society today, whether it’s in conversations between friends and family members, social media comment threads, or the LA country sheriff patiently fielding questions from an uncomprehending press corps after rejecting the local vax mandate.

On each side of the divide, we wonder, how can they be so crazy? Which just makes the whole situation all the crazier, like some sci-fi premise come true.

Then again, the Matrix is old hat by now; Dick saw the writing on the wall; even old Plato with his mesmerized cave people knew what’s what.

We refuse to stay chained in the cave of illusions. It is time to reclaim our true vision. To discard the dictates of ideology in favor of the facts of our nature. Lucy Davies confronts the hypocrisy of the dreaming woke-folk, calling them to account for the principles they espouse: 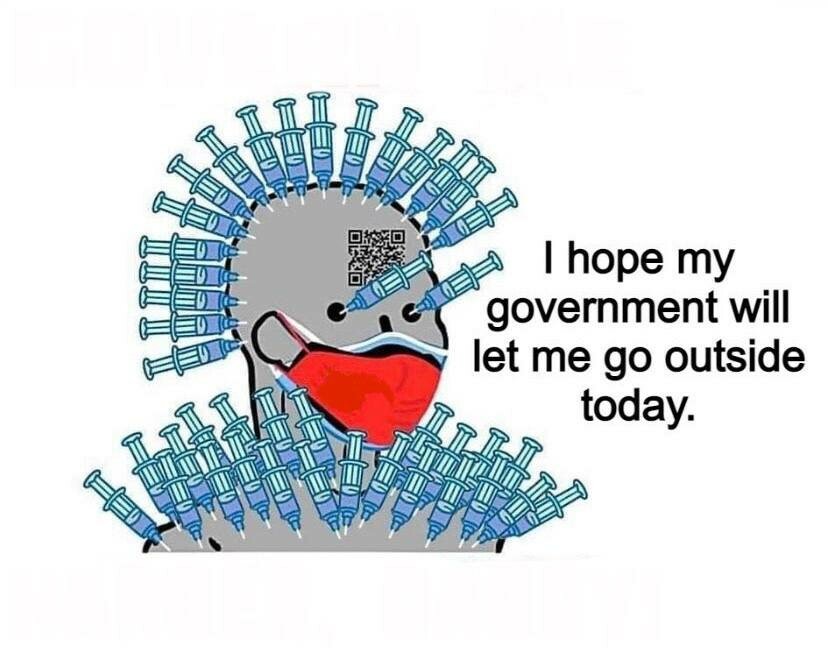 —Lucy Davies, Will you stand with me?

Can our so-called authorities now lie to us with impunity? Can mandates based on fraud be simply threatened, yet thereby assume the force of law? Such outrageous practices have become the norm…

‘We are living in a world where the CDC director can say something that is false, made-up and no institution will say otherwise. At the same time, major, venerable fact checking institutions are literally asserting as fact something which is at best unproven. No matter how you feel about these issues; these are dangerous times. Truth and falsehood is not a matter of science but cultural power – the ability to proclaim and define the truth.’ —Vinay Prasad, For Whom Do The COVID “Fact-Checkers” Really Work?

“It isn’t only art that’s incompatible with happiness; it’s also science. Science is dangerous; we have to keep it most carefully chained and muzzled… I’m interested in truth, I like science. But truth’s a menace, science is a public danger.” —Mustapha Mond, in Aldous Huxley’s Brave New World

… but not for long. The reversal of orthodoxy is ordained in the cycles of time. As eyes and hearts open, truth cracks the shell of its imprisonment, and burst free into the light of day.

‘All truth passes through three stages. First, it is ridiculed. Second, it is violently opposed. Third, it is accepted as being self-evident.’  —Arthur Schopenhauer

A return to the rule of law

Venerable statesmen rise to the occasion, to defend the ancient lineage of human dignity. This is their time again, to offer eldership in reasserting our most integral civic tradition:

‘We believe in the rule of law, and that every decision made by our elected representatives needs to start and end with ultimate compliance to our Charter of Rights and Freedoms.’ —Lawyers Stand Up, The Peckford Recommendation (The Honourable Mr. Brian Peckford, one of the original creators of our Charter)

Perhaps the most insidious and seductive illusion of all is that of human unity. How perverse it is for global oligarchs to presume to speak for all of us, when the benefits accrue to so few. So let us face the true divisions between us, not of our making but self-created, by those who claim authority.

‘The real division is not between conservatives and revolutionaries but between authoritarians and libertarians.’ – George Orwell

‘We’re not free…. The news media that people rely on to form ideas about what’s going on and how they should vote are controlled by the plutocratic class and heavily influenced by secretive government agencies. Internet algorithms are aggressively manipulated to show people information which favors the status quo. Even our entertainment is rife with Pentagon and CIA influence.” —Caitlin Johnstone

‘We are in process of developing a whole series of techniques which will enable the controlling oligarchy who have always existed and presumably will always exist to get people to love their servitude.’ —Aldous Huxley, “The Ultimate Revolution” 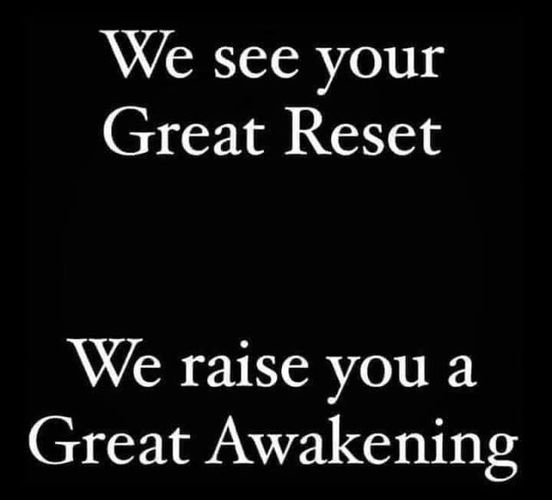 ‘What’s been happening in the past eighteen months is a mode shift from refined domination to crude domination—and a shortening of the leash.

‘On my end, I am not going to be burned again. One time is enough. I am not going to forget who I am again. There is no use in that. I feel in my place because love is not a victim of this world, it is the fabric of life. No more bending over to bullies. Enough.’
—Tessa Lena, “Emotional Physics”: A Poetic Analysis of the “System of Domination”

The Road to Nowhere

For now, the highway still hums with traffic bent on a programmed destination. Forgotten are our roots in kindness, our higher aspirations. Our attention is fixed, entrained, distracted. We think we are the drivers, even when the reverse gear is disabled, the exit ramps blocked with checkpoints. We are not the drivers; we are the driven.

To this state of affairs, I declare, my way is not the highway. 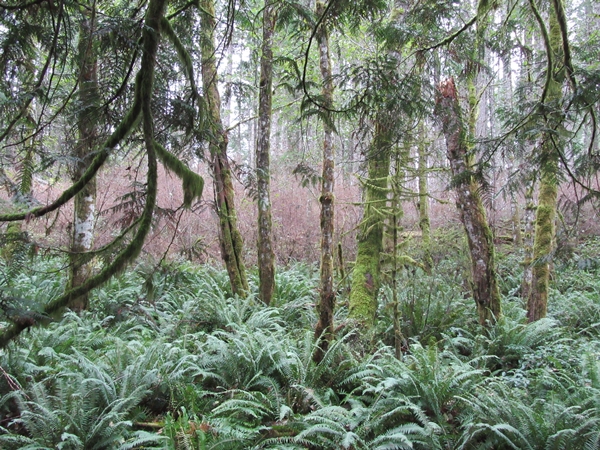 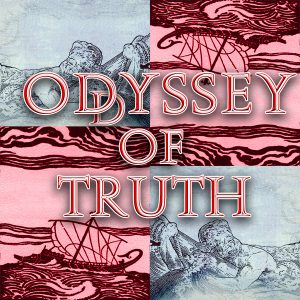