THE FREEDOM OF MAN by Michael Tsarion 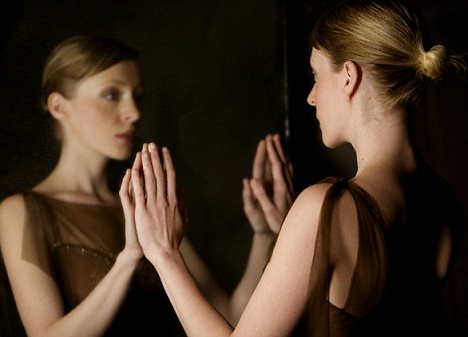 Schelling was the first thinker to make freedom the basis of his philosophy. His other interests, about nature, cosmos, time, moral law, culture, death, evil, etc, were secondary to his interest in human freedom. In a letter to his one-time friend Hegel he said, The alpha and omega of all philosophy is freedom. In fact, as far as Schelling was concerned, freedom was the central premise behind German Idealism. Too bad that he and his great work on freedom has been dismissed by most later philosophers and schools of philosophy. Schelling has been dismissed and so have his many intellectual predecessors. In fact, the entire German Romantic movement has, since the end of the Second World War, been either summarily ignored or misinterpreted. Indeed, Hegel stands as the number one most misinterpreted philosopher who ever lived. In the place of Romanticism and Idealism we have been force-fed Utilitarianism, Transcendentalism, Existentialism, Positivism, Pragmatism, Deconstructionism, and all the rest of it. We have also been inundated with every conceivable variety of body- and world-denying Eastern mysticism.

Even more scandalously, in almost every encyclopedia entry on free will, determinism, and the controversies raging between advocates of the opposing schools on these fundamental matters, Schelling’s work is rarely if ever referenced. This is a strange omission, given that he was the philosopher who basically put problems of this kind to bed. Of course he does much more than resolve the question as to whether man’s actions are free or determined. His monumentally important ideas on freedom also outdo Kant’s brilliant reconciliation of Empiricism and Rationalism. Nevertheless, when atheists and proponents of “intelligent design” vociferously debate their issues, Schelling’s name is never raised. This makes their made-for-TV argy-bargy suspect and relatively pointless.

One philosopher who took a deep interest in Schelling’s writings on freedom was Martin Heidegger. In his 1936 lectures on Schelling, published under the title: Schelling’s Treatise: On the Essence of Human Freedom, Heidegger takes us through Schelling’s text on freedom step by step. These eloquent and profound lectures provide us with a cogent explanation of Schelling’s central ideas on freedom.

For Schelling freedom is the absolute ground or basis of human nature. He was more conscious of this fact than most philosophers, and was astonished that the question of freedom had been given so little attention. He, Fichte and Hegel had been driven to philosophy in their youth partly by the need to refute Kant’s agnostic philosophy which, figuratively speaking, leaves us at the door of the unobservable, unknowable “noumenal,” and the sign which said no further. As far as the three thinkers were concerned, this was not good enough. It was not acceptable to them that God’s existence could not be proven. Each man went about addressing the Kantian dilemma in different ways. As far as I am concerned Schelling’s project is the most interesting, legitimate and crucial for today’s world.

Like philosophers before his time Schelling understood that although man comes out of nature, he differs in crucial ways from the natural order of which he is certainly a part. But instead of addressing these differences in the manner of Plato, Kant, Descartes and Hegel, etc., Schelling framed the division between nature and man in terms of necessity versus freedom. The former was the condition of nature, the latter of man. Schelling could, like other philosophers, have phrased the dichotomy as subjects versus objects, mind versus matter, or noumenal versus phenomenal, etc. But no, for him it was a case of necessity versus freedom. As a quasi-Pantheist he was not inclined to use the term “mechanism” when referring to nature. Schelling did not regard nature as an essentially lifeless phenomenon, made up of randomly colliding material components. He did, however, realize that freedom was not an attribute of nature, at least not explicitly. If freedom and nature coincide, it is because of the human presence in nature. Humans are the bearers of freedom.

This perspective was Schelling’s answer to his Idealistic predecessor Johann Fichte. According to the great Idealist, the Self or “I” is the supreme monad giving rise to any apparently external reality we perceive and conceive. The Self, in order to know itself, has the inherent ability to step outside itself, as it were. Selfhood implies the objectification of the Self by the Self. Schelling accepted this aspect of Fichte’s philosophy, but realized that during and after objectification occurs, the world of nature comes to be. It is the all-important background which gives the object its substantiality. However, the Self not only comes to itself by way of the passive background of nature, but constitutes what is known about nature. As we will see in Chapter Six, the supernal Will is the origin of the objectification process that leads simultaneously to awareness of Self and of nature. It is also the means by which we understand nature’s nature, implying that in our knowledge of nature there is inevitably a measure of Self-knowledge, which was Fichte’s focus. There is no pure objectivity about nature, which loomed into being because of the mysterious process by which Self knows Self, and can never be isolated from this epistemological process. As Otto Rank, the great twentieth century psychologist, might have put it, on the originary level human will and natural will meet as one. It is only later that we mistakenly consider nature to operate according to antithetical rules to human consciousness, or as Descartes and the materialists think, that mind and world are separate entities. In fact, given that nature is, as Schelling argued, the co-origin of consciousness and Selfhood – that Selfhood is an emanation of nature – nature therefore views and comprehends itself through human consciousness. As Schelling himself wrote, “Nature is visible Spirit, Spirit is invisible Nature.”

In this way Schelling expanded the rather solipsistic ideas of Fichte and refuted those espoused by Descartes and Kant. After all, whether God exists or not, nature certainly exists and serves not only as an instructor of physical possibility but as moral guide. What we know and do in the world is born from lessons learned from the world and in the world. Each aspect of what we are – personally and socially, physically and intellectually – is the consequence of nature’s presence and subtle, largely unrecognized instruction. In other words human will is profoundly shaped and rarified by nature because the latter is an emanation and embodiment of Spirit.