The Future of a Free Humanity Depends on Our Actions Today 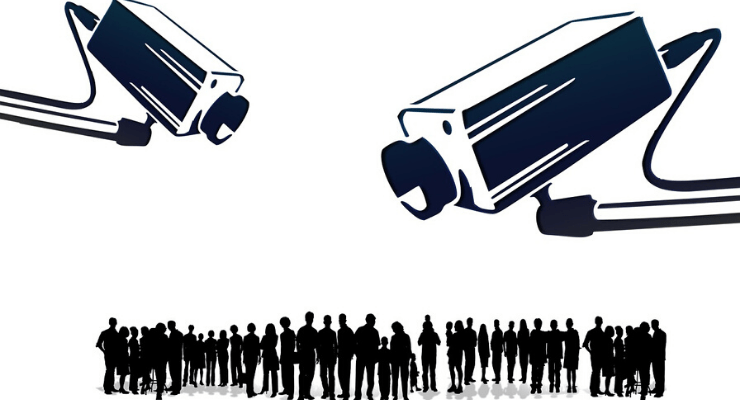 The Future of a Free Humanity Depends on Our Actions Today

(TMU Opinion) — One of the unfortunate aspects of the human experience is our seeming inability to understand the importance of world events while we are living through them.

Hindsight is 20/20, we are told—a phrase meant to indicate “things are obvious that were not obvious from the outset; one is able to evaluate past choices more clearly than at the time of the choice.”

This is why some people look upon the time before their birth or previous generations as stories from a distant past with little relation to our current reality. Extremely impactful events from the last decade, let alone the last century, can appear both monumentally important, yet also detached from daily reality.

I fear that while many people understand the obvious magnitude of the COVID-19 pandemic, there are far less people who recognize the truly historic nature of the response to the COVID-19 pandemic. The governments of the world and the official “authoritative” sources are doing what every experienced politician does best: never let a good crisis go to waste.

Understandably, the world has been focused on surviving a pandemic, social distancing, and quarantines. However, the proponents of mass surveillance and increased state power have been scoring major gains while we are occupied. Let’s take a brief look at some of what has transpired in recent months.

The roll out of the 5th Generation of telecommunications technology aka 5G progressed even further on the legislative side with President Trump recently signing two bills which are aimed at securing America’s 5G infrastructure. Although the two bills, the Secure 5G and Beyond Act and the Broadband Deployment Accuracy and Technological Availability Act, don’t explicitly speed up the 5G roll out, they are another step in the expansion of the technology. The promises of faster downloads and virtual reality gadgets should be dismissed and 5G should be seen for what it truly is: the backbone to the digital “smart” surveillance grid also known as the Internet of Things.

Another area where the surveillance state is expanding relates more directly to the fight against COVID-19. Specifically, the $2 trillion stimulus package that was signed by Donald Trump, and supported by both parties, includes billions of dollars to the criminal Federal Reserve, allocates funding for telehealth and telemedicine services which will surely be powered by a 5G Smart Grid, and creates a fund for development of vaccines. The stimulus package also expands the powers of the The Centers for Disease Control and Prevention (CDC). Business Insider described the situation with the title, The CDC would set up a coronavirus ‘surveillance and data collection system’ as part of the Senate’s $2 trillion stimulus bill, an exploration of new surveillance powers to be granted to the CDC in the name of fighting the virus.

“Of the funding allocated to the CDC, the bill sets aside at least $500 million for public health data surveillance and modernizing the analytics infrastructure. The CDC must report on the development of a “surveillance and data collection system” within the next 30 days,” Business Insider reported on the CARES Act. “While it’s not clear what form that surveillance system will take, the federal government has reportedly expressed interest in aggregating data that can be gleaned from tech platforms and smartphone use to monitor movement patterns.”

The fight against COVID-19 has also lead to politicians and media pundits calling for the introduction or expansion of different forms of surveillance as weapons in the fight against coronavirus. Rolling Stone described a power grab by the Department of Justice with DOJ Wants to Suspend Certain Constitutional Rights During Coronavirus Emergency, while Forbes wrote Coronavirus Could Infect Privacy And Civil Liberties Forever. Even VICE called out the politricks with their blunt title COVID-19 Could Provide Cover for Domestic Surveillance Expansion.

Amidst these headlines discussing the calls for more surveillance and violations of civil liberties there have also been attempts to completely erode protections offered by encrypted messaging and email platforms. According to the Electronic Frontier Foundation, the EARN IT Act of 2020 would “strip Section 230 protections away from any website that doesn’t follow a list of best practices,” meaning those sites can be sued into bankruptcy. The “best practices” list will be created by a government commission, headed by Attorney General Barr, who has made it very clear that he would like to ban encryption, and guarantee law enforcement “legal access” to every digital message. The bill was heavily debated in early March but has since stalled, however, we should remain vigilant and not allow ourselves to be distracted by the constant focus on COVID-19. It should be noted that the bill was introduced with bipartisan support from Senators Lindsey Graham (R-SC) and Richard Blumenthal (D-CT).

The aforementioned topics are just the tip of the iceberg.

In the last 4 months since this pandemic has swept around the world we have seen the following:

As noted above, it’s often difficult to understand the importance of a moment in time in the grand scheme of human history. Sure, we understand that this pandemic is carving a new path for our species, especially in regards to medicine and health, but what of the obvious attempts by authoritarian governments of the world to seize even more power? And when I say authoritarian, I am not speaking only of China or a distant far off nation in the “third world”, I am also speaking of the United States, the UK, France, Italy, Spain, etc.

We are witnessing another brick in the wall that will entrap the free people of the world in a Technocratic State where biometrics, facial recognition, immunity passports, drones flying overhead, and mass censorship are the new normal in the new world order. The tyrants of the world are making their move and they are using the cover of COVID-19 to implement their vision. The only way we will make it out of this precarious situation is to continue to educate our loves ones and community.

We cannot simply stay in our “woke” bubbles and preach to the choir. We appear to have an increasingly limited window of time to reach the masses and we must take the opportunity or risk failing to achieve a truly awakened humanity. Please make an honest effort to communicate with your friends, family, and other people you may be interacting with online.

Together we can change the story that is unfolding in front of our eyes. We can create a better world. However, it will not happen without an immense effort and cooperation the likes of which we have never seen. This is the greatest task of our generation—no matter what your age or date of birth—it’s our time to shift the path of humanity and do what is necessary to protect the coming generations.

The future of a free humanity depends on our actions today.