The Future of Antiwork 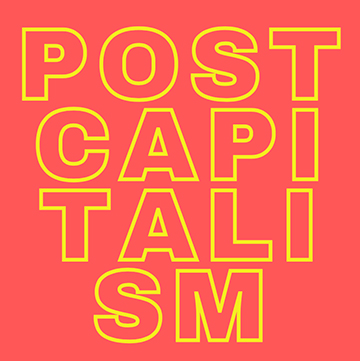 The Future of Antiwork

I have discussed Inventing the Future before—a theoretical effort by Nick Srnicek and Alex Williams, Left Wing authors, with a straightforward, pragmatic purpose: The authors believe the Left must reorganize and revitalize itself around a new platform defined by a set of coherent demands. The central demand they envision is the universal call for a “post-work world.” They note that this goal is exceptionally powerful because it singularly changes the entire web of Capitalist relations:

Such a project demands a subjective transformation in the process – it potentiates the conditions for a broader transformation from the selfish individuals formed by capitalism to communal and creative forms of social expression liberated by the end of work. Humanity has for too long been shaped by capitalist impulses, and a post-work world portends a future in which these constraints have been significantly loosened. This does not mean that a post-work society would simply be a realm of play. Rather, in such a society, the labour that remains will no longer be imposed upon us by an external force – by an employer or by the imperatives of survival. Work will become driven by our own desires, instead of by demands from outside. Against the austerity of conservative forces, and the austere life promised by anti-modernists, the demand for a post-work world revels in the liberation of desire, abundance and freedom.

The authors propose that the Left must consciously construct a “counter hegemonic” project to replace the current hegemony of Neoliberalism. They note that Neoliberalism was intentionally engineered as an economic and ideological project. This started in the 1940s when the Austrian economist Friedrich Hayek founded the Mont Pelerin Society, bringing together economists from different related schools of thought, in a series of private conferences to define the new mission:

“Neoliberalism was never a given, never a necessary endpoint of capitalist accumulation,” write Srnicek and Willams. “Rather, it was a political project from the beginning, and a massively successful one in the end. It succeeded by skilfully constructing an ideology and the infrastructure to support it, and by operating in a non-folk-political manner.”

I am not as much a student of economics as I would like. I haven’t studied Adam Smith, John Maynard Keanes, Friedrich Hayek, and so on. To be honest, I find economics difficult to focus on and annoying / confusing. When I seek to understand Hayek—the son of Austrian aristocrats who lost a good deal of their fortune in the Depression—I turn to videos such as this one from The School of Life. Apparently, Hayek believed “liberty” was a direct result of market competition, and governments should not seek to influence free markets. He was against central planning of all sorts, declaring it “the road to serfdom.” He had no ideological opposition to Dictators as long as they didn’t try to control the market. His work was a major influence on Thatcher and Reagan, who reduced taxes for the wealthy and social services, based on “supply side economics.”

This newsletter is entirely a reader-supported publication. Your contribution allows me to keep writing and sharing my ideas.

I intend to explore the current cryptocurrency situation in more depth, in an upcoming essay. So far, at least, Bitcoin and other cryptocurrencies have not demonstrated any positive social value, while “proof of work” mining continues to be ecologically destructive, not just in terms of the energy consumed but in terms of the raw minerals and materials required to build the massive server farms solving the equations. But more on this later.

It is a massive effort to research and write articles like this one. Paid subscriptions are the support that allows Daniel to continue this work. If you find this valuable, please subscribe to his Substack here.