The Gift of Heart Based Activism 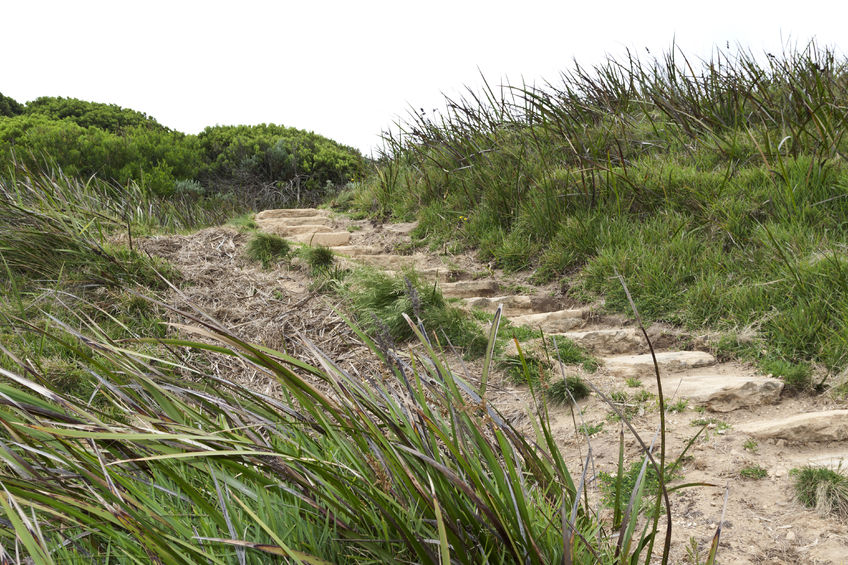 The Gift of Heart Based Activism

“Does the walker choose the path, or the path the walker?”
― Garth Nix.

Walking in the wrong direction

In my youth, I made a lot of money in direct sales. I drove the newest model of volvo cars, had membership at several race courses, and dined at the Mayfair Hotel and Topo Gigio’s, a fashionable restaurant in London. For all intents and purposes in the material ‘whirled’ I had made a success of my life.

But that all changed on my first Saturn return. When I was 29 years old, I had a  two year nervous collapse that ripped me away from my materialistic and predatory lifestyle. I took over manual breathing and endured one long panic attack, afraid to go to sleep in case I quit breathing and died. The doctors prescribed uppers and downers and I became addicted to sleeping pills. After two years, the doctor refused to refill my prescription. For me it was disaster. No pills meant no sleep….

I thought, I would never get better. I barely ate, and would go for long walks to try and tire myself out. I would pray to the spirits of trees, flowers and any wild creature I came across to help me overcome my spiritual dis-ease.

I had a visionary experience that set me on the road to recovery. It radically changed my perspective on life. It broke me down and then rebuilt me.

From an early age, I was appalled at people’s treatment of animals and I wanted to make a difference in the world.  After I recovered, my first outing  was to an anti whaling rally in Trafalgar Square. There I met with people from the Hunt Saboteurs Association, a group of spiritually awakened individuals that risked life and liberty to protect hunted animals from the ‘soulless’.  https://www.heartstarbooks.com/the-soulless/

I became the press and legal officer for the Association and went on demonstrations, sabotaged the hunts and got arrested in the name of Life. At that time, I felt passionately alive, and determined to bring the atrocities committed by the elite and their violent, rag tail, barely human supporters into the public eye. We were successful in our mission. The British government banned hunting with hounds in 2005.  We were happy. We had succeeded in making a difference in the world…..

But it was all a pipe dream, a charade. We soon found out how things work in the world. There is one law for the common folk, and no law for the chinless, inbred monsters that haunt the halls of political power, and the green fields of my island. Even though hunting wild animals with dogs is unlawful in the UK, nothing has changed. Under the 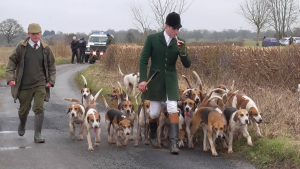 smokescreen and guise of drag hunting, the elite still hunt foxes, hares, stags and the public’s cats and dogs.

Ban or no ban – justice or no justice, both are irrelevant in the scheme of spiritual things. What is paramount, is our individual experiences, the lessons, the revelations, and the spiritual growth that comes from heart based direct action. It has nothing to do with the religious or political dogma of any creed, and everything to do with an expanding spiritual awareness that all life is One Life.

“The cultivation of spiritual science, my dear friends, is no abstract pursuit. It implies opening doors to cosmic influences that have been trying to enter upon the earth since the last third of the nineteenth century. It is a real, cosmic event to cultivate spiritual science. We need to become conscious of this fact.” Rudolph Steiner 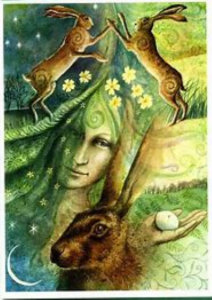 The above quote from Steiner has a special meaning for me. When protecting life becomes a natural act without forethought or agenda, the doors to cosmic connectivity open. In those ‘sacred’ moments, we overcome duality and become one with All Life. I have experienced this state of bliss many times. I owe the finding of my personal grail to the hare: the goddess symbol of the ancient world. https://www.heartstarbooks.com/hare-worship-in-the-ancient-world-2/

Re-connection with Source is the gift of spiritual activism.

Shifting into the fourth density

We live in stupendous times. A pivotal point in our spiritual evolution… and I believe amazing events are at hand. Everything belonging to the old

order is disintegrating before our eyes. The spectre of totalitarianism looms before us and nothing can be more spiritually inspiring than standing strong in the face of tyranny.

The MerKaBa – the energetic vehicle of light. A way out? 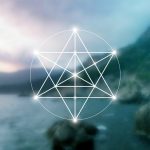 In his books Drunvalo Melchizedek describes the MerKaba as a “Star Tetrahedron”, since it can be viewed as a three dimensional Star of David. He writes that by visualising two superimposed star tetrahedrons one going clockwise and the other anticlockwise, along with specific  breathing 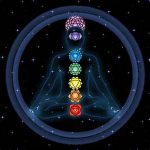 techniques, one can activate a non-visible ‘oval’ shaped energy field around the human body that is anchored in the base chakra at the root of the spine.  Once activated, this energetic vehicle is capable of carrying ones consciousness directly to higher dimensions.

I’m not sure that a star tetrahedron can move into a higher dimension because of its ‘fixed’ third dimensional geometry. In the bible John 14:2 we read “In my father’s house there are many mansions.” So perhaps, the chariot of light can only move into different octaves(realities) that exist in our visible 3 dimensional universe.

A little Native heart based wisdom 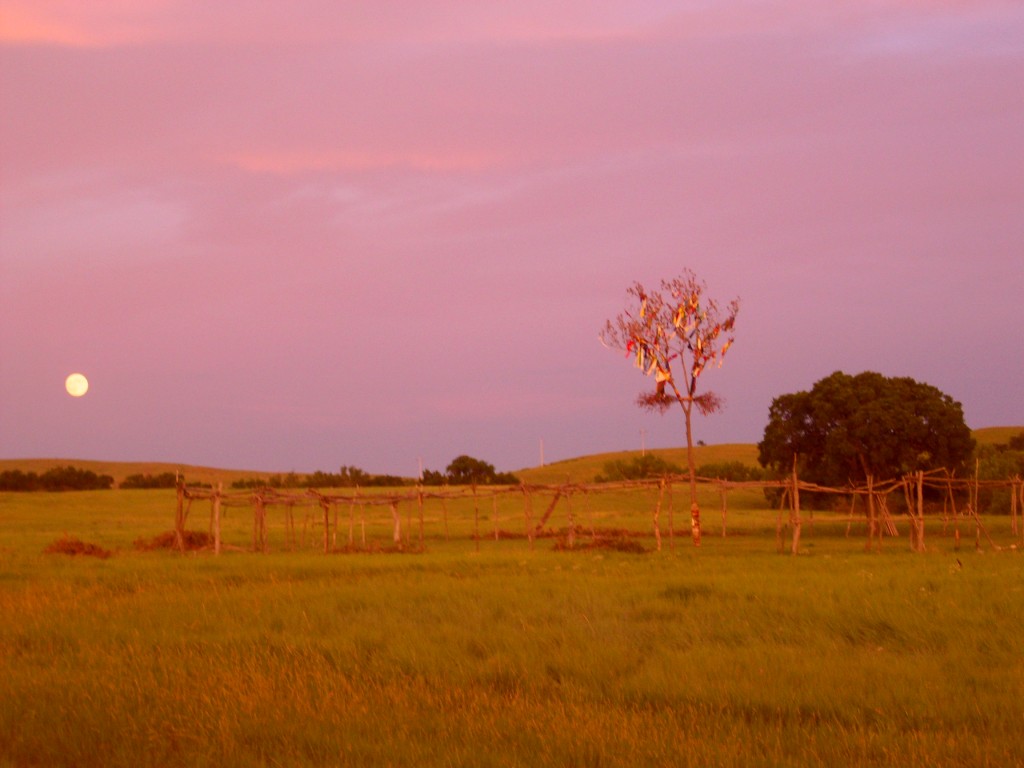 An old Lakota man said to me: “There are two paths a man can walk in life. He can walk the east/west road…the black road of physical suffering. A road where the heart (Air)is always at war with the emotions. (Water)

Where the two roads cross the tree of life blooms and the hoop of the nation is created. This is why the 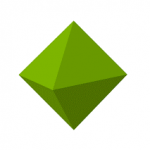 sundance ground is a circle. It has a gate in each direction and the tree of life blooms in the centre.”

If we visualise a medicine wheel in three dimensions we have a four sided pyramid in a circle. The four sided pyramid is an octahedron – a fourth dimensional vehicle that resonates on the Heart centre – the fourth chakra. It is no accident that the Lakota word for pipe bag is Cante Ojuha – Heart Bag, or that the sacred pipes are right angles. In the Egyptian Book of the Dead we read that to change dimensions we have to go through a ninety degree shift.

The fourth dimension is the heart centre. Our heart is approximately 100,000 times more energetically powerful than our brains. The satanic elite can manipulate our brains, but not our hearts. The frequency of the heart field is high and fast, easily outpacing the nano-chips and AI bots they are trying to control us with. Through our hearts we can connect with higher planes of consciousness and find the true communion of spirit and body. We can square the circle and enter the fourth density.

Philosophically and spiritually, to square the circle means to unify spirit and matter. And this can only happen when we open the door to cosmic influence and re-connect with our Spiritual Self. The most famous representation of this perfect human being is The Vitruvian Man by Leonardo Da Vinci, for metaphysically speaking he has squared the circle. 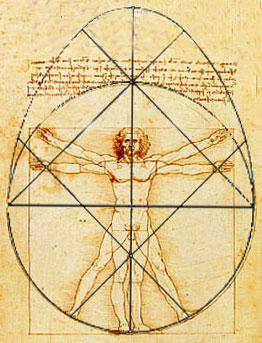 You have come with knowledge, that you might rebuke their forgetfulness.

You have come with recollection, so you might rebuke their ignorance.

For you descended into a great ignorance, but you have not been defiled by anything in it.

For you descended into a great mindlessness, and your recollection remained.

You walked in mud, and your garments were not soiled,

and you have not been buried in their filth,

and you have not been caught.

The First Apocalypse of James.

Much love and stand strong in the Spirit of Source Creator.