The Globalists Are Openly Admitting To Their Population Control Agenda 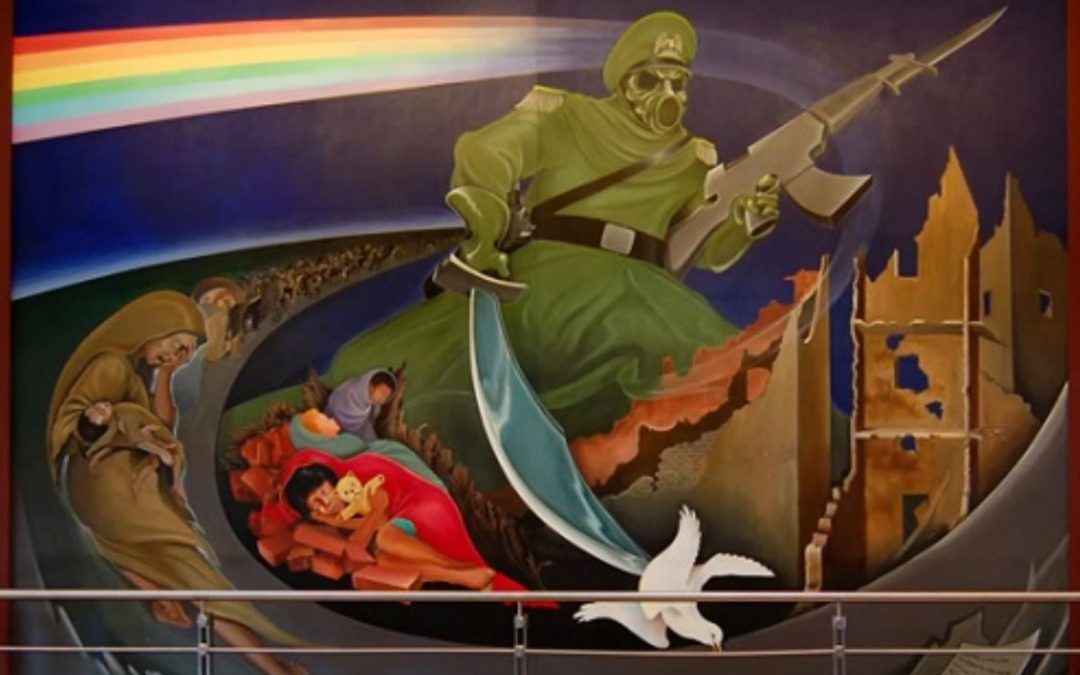 Eugenics and population control are long-time hobbies of the financial elites. In the early 1900s, the Rockefeller Foundation and the Carnegie Institute were deeply involved in promoting eugenics laws in the US. These laws led to the forced sterilization of over 60,000 American citizens in states like California and thousands of rejected marriage licenses. The eugenics programs in the US were only a beta test, though, as the Rockefellers then transferred their programs over to Germany under Hitler and the Third Reich in the 1930s, where a true widespread eugenics-based population control program was introduced.

The targets of population reduction were based on ethnic background, but also “mental intelligence” and economic status. The Carnegie Institute even established a “Eugenics Records Office” called Cold Springs Harbor Laboratory in 1904, which collected genetic data on millions of Americans and their families with the intent of controlling their numbers and erasing certain traits from the US population. The Cold Springs Harbor Laboratory still exists today and presents itself as a kind of philanthropic endeavor to help humanity.

Public knowledge of the globalists and their population control agenda was carefully swept under the rug in the US after the exposure of Nazi programs post-WWII. The word “eugenics” became a very ugly one and all the effort the elites put into promoting it as a legitimate science was ruined. However, they were not going to give up on their precious ideology.

In the late 1960s into the 1970s there was a resurgence of population control rhetoric coming out of globalist circles. Under the supervision of the UN and some related scientific groups, the Club Of Rome was formed. A prominent part of the Club of Rome’s agenda was population reduction. In 1972 the group of “scientists” under the UN’s direction published a paper called ‘The Limits Of Growth’, which called for greatly reduced human population in the name of “saving the environment”. This effort was directly linked to another agenda – the institution of a global government that could handle and enforce population controls on a wide scale.

The elites had found a new scientific front for their eugenics obsession: Climate science. In the early 1990s the Club Of Rome published a book called The First Global Revolution. In it they state:

In searching for a common enemy against whom we can unite, we came up with the idea that pollution, the threat of global warming, water shortages, famine and the like, would fit the bill. In their totality and their interactions these phenomena do constitute a common threat which must be confronted by everyone together. But in designating these dangers as the enemy, we fall into the trap, which we have already warned readers about, namely mistaking symptoms for causes. All these dangers are caused by human intervention in natural processes. and it is only through changed attitudes and behaviour that they can be overcome. The real enemy then is humanity itself.

The statement comes from Chapter 5 – The Vacuum, which covers their position on the need for global government. The quote is relatively clear; a common enemy must be conjured in order to trick humanity into uniting under a single banner, and the elites see environmental catastrophe, caused by mankind itself, as the best possible motivator. It also outlines the perfect rationale for population control – Mankind is the enemy; therefore, mankind as a species must be kept under strict supervision and his proliferation must be restricted.

The Club of Rome and the UN agenda have always been intimately connected. In the 1990s at the same time The First Global Revolution was being published, UN assistant secretary general Robert Muller was publishing his manifesto which is now collected on a website called ‘Good Morning World’. Muller argues that global governance must be achieved using the idea of “protecting the Earth” and environmentalism as the key components. Through fear of environmental Apocalypse, the public could be convinced to accept global government as a necessary nanny state to keep society from destroying itself.

In a paper titled ‘Proper Earth Government: A Framework And Ways To Create It’ Robert Muller outlines how climate change could be used to convince the masses of the need for global government. Integral to his plan were the introduction of a new “global religion”, and population controls.

It should come as no surprise that the UN established the Intergovernmental Panel On Climate Change (IPCC) and that this panel and its offshoots are now at the forefront of the argument for population reduction. As we close in on the end date for the UN’s 2030 Agenda, which calls for a radical shift of human production from oil and other large-scale energy sources into small-scale “renewable energies”, there are only 10 years left for the globalists to achieve their goals if they hope to meet their announced deadline. This would require a violent change in human society and most of all industrialized nations.

The human population would have to be reduced dramatically in order to survive on the meager energy output of renewables alone. A disaster of epic proportions would have to take place soon so that the globalists could then spend the next decade using the resulting fear to convince the surviving population that global governance is needed. Without aggressive crisis and change most people would never go along with the UN’s agenda, out of simple desire for self preservation. Even many leftists, once exposed to the true nature of carbon controls and population reduction, might have second thoughts when they realize they could be affected.

The key to understanding people who cheer for population control or population reduction is that these people always assume that THEY will be the survivors and inheritors of the Earth after the culling.  They never assume that they will be the ones put on the chopping block.

In 2019, the population agenda is being ramped into high gear and the public is being carefully conditioned over time to accept the idea that man-made climate change is real and population is the source of the problem.  Recently, a groups of scientists partially funded by something called the “Worthy Garden Club” claimed 11,000 signatures on a statement for the need for population reduction in the name of saving the Earth from global warming.

The statement cites all the same long-debunked IPCC and UN climate change propaganda as the reasons why the Earth is on the verge of annihilation. The fact of the matter is, climate scientists have been consistently caught red handed manipulating their own data to show the intended outcome of global warming. They have even been caught trying to adjust their own data from 20 years ago in order to match it more closely to the rigged data they publish today.

The Worthy Garden Club is a strangely sterile group and there doesn’t seem to be any list of their patrons and who funds them. However, the mainstream media was quick to pick up on the statement from the “11,000 scientists” and tie it to statements made by the UN’s IPCC.

Population control has also been brought up consistently as an issue in the 2020 Presidential Election race. Bernie Sanders argued for birth control measures in poor countries. Elizabeth Warren promoted abortion by saying it was as safe as “getting your tonsils removed”. She has consistently promoted the carbon control agenda of the UN and was, interestingly, a member of the University Of Texas Population research Center in the 1980s. And, Green New Deal politicians are throwing their support behind the statements from the Worthy Garden Club on population reduction.

This is the first time I have seen the argument for population reduction used so blatantly and widespread in the mainstream media, and it suggests to me that a trend is forming. For years I have warned my readers that they will know when the globalists are about to pull the plug on the current system when they start talking about their criminality openly. When they admit to their agenda in a free way, this means they are close to a global reset and do not care anymore who knows about it. The openness of the plan to cut world population is becoming apparent.

Strangely, there has been little mention of the fact that the world population, in the West most of all, is actually in decline. Far from exploding beyond the Earth’s capacity, people are barely having enough children to keep the current population stable. It would appear that the globalist agenda is already in motion. Through engineered economic disintegration, the population is being slowly reduced.  However, this slow decline may not be enough to satisfy the globalists.

How many people would the globalists like to kill off to achieve their utopian aspirations?  Well, globalist Ted Turner in a moment of honesty said when confronted by We Are Change that the population should be reduced to 2 billion down from 7 billion.

As history has shown us, it is always the elites that end up in the position of deciding the fates of millions or billions. From the Rockefeller Foundation sterilization programs in the US in the early 1900s to the UN today, the globalists, a veritable death cult, are desperate to conjure a rationalization as to why they should be the ones to allow or deny human life based on lies like man-made climate change.  They don’t believe in the climate change threat; THEY were the people that fabricated it.  So, what is the core reason behind all of this?

A reduced population completely dependent on limited energy sources might be easier to dominate.  But I have another theory – they are psychopaths looking for a socially justifiable way to kill as many people as possible. Why? because they enjoy it.

If you would like to support the work that Alt-Market does while also receiving content on advanced tactics for defeating the globalist agenda, subscribe to our exclusive newsletter The Wild Bunch Dispatch.  Learn more about it HERE.

After 8 long years of ultra-loose monetary policy from the Federal Reserve, it’s no secret that inflation is primed to soar. If your IRA or 401(k) is exposed to this threat, it’s critical to act now! That’s why thousands of Americans are moving their retirement into a Gold IRA. Learn how you can too with a free info kit on gold from Birch Gold Group. It reveals the little-known IRS Tax Law to move your IRA or 401(k) into gold. Click here to get your free Info Kit on Gold.