The Incantational Bewitchment of Propaganda 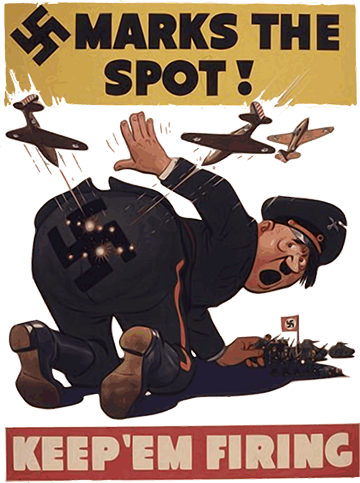 “We’ll know our disinformation is complete when everything the America public believe is false.”   – William Casey, CIA Director, February 1981

All propaganda succeeds because it satisfies needs that it has first created.  If you follow the daily rat-a-tat mainstream news reports and react to them, you will be caught in a labyrinth that has been set to entrap you.  You will keep finding that your mind will be like a bed that is already made up and your daylight hours filled with nightmares.  What you assume are your real needs will be met, but you will swiftly tumble into the free-floating anxiety that the media has created to keep you on edge and confused.  They will provide you with objects – Covid-19, the U.S. “withdrawal” from Afghanistan, the Russian and Chinese “threats,” the need to crack down on domestic dissidents, 9/11, etc. (an endless panoply of lies) – that you can attach your anxiety to, but they will be no help. They are not meant to; their purpose is to befuddle; to make you more anxious by wondering if currently there is any contrast between the real world and the apparent one. The corporate mainstream media serve phantasmagoria on a 24/7 basis, all shifting like quicksand.  For anyone with a modicum of common sense, this should be obvious.  But then again, as Thoreau put it:

The commonest sense is the sense of men asleep, which they express by snoring.

Perhaps some health expert will soon recommend that 24 hours of sleep a day is optimal, but maybe I am dreaming or being redundant.

For many decades, the corporate mainstream media and the CIA have been synonymous.  They were married down in hell and now daily do the devil’s work up above.  Now that news is conveyed primarily through digital media via the internet, their power to induce electronic trances has increased exponentially.  Linguistic and visual mind control is their raison d’être.  Fear is their favorite tactic.  And since the fear and anxiety of death is the archetypal source of all anxiety, death becomes a core element in their fear-mongering.

Fear immobilizes people and drives them into a cataleptic state where clear thinking is impossible.  They become hypnotized in a “private” space that is actually social, an instantaneous identification with the media news reports that are addressed to millions but feel personal and greatly exacerbate the great loneliness that lies at the core of high-tech society.

As I have said before, the new digital order is the world of teleconferencing and the online life, existence shorn of physical space and time and people. A world where shaking hands is a dissident act. A haunted world of masked specters, distorted words and images that can appear and disappear in a nanosecond. A magic show. A place where, in the words of Charles Manson, you can “get the fear,” where fear is king. A locus where, as you stare at the screens, you are no longer there since you are spellbound.

In a high-tech society, loneliness is far more prevalent than in the past.  The technology has imprisoned people behind their screens and now the controlling forces are intent on closing this mechanistic circle if they can.  They call it The Great Reset.

They have spent decades using technology to invade and pare down people’s inner private space where freedom to think and decide resides.

They have repeated ad nauseam the materialistic mantra that freedom is an illusion and that we are amazing machines determined by our genes and social forces.

They have reiterated that the spiritual and transcendent realms are illusions.

And they have pushed their transhuman agenda to assert more and more power and control.

This is the essence of the corona crisis and the push to vaccinate everyone.

Drip by drip, year by year, they have cultivated the necessary preconditions and predispositions for this technological fascism with its nihilistic underpinnings to succeed.

When the inner dimension of existence is lost, there is no way to critique the outer world, its politics, and social structure.  Dissent becomes a useless passion when people instantly identify with the social. Human nature doesn’t change but social structures and technology do and they can be used to try to destroy people’s humanity.  Herbert Marcuse put it clearly long before the latest digital technology:

This immediate, automatic identification (which may have been characteristic of primitive forms of association) reappears in high industrial civilization; its new ‘immediacy,’ however, is the product of a sophisticated, scientific management and organization. In this process, the “inner” dimension of the mind in which opposition to the status quo can take root is whittled down. The loss of this dimension, in which the power of negative thinking – the critical power of Reason – is at home, is the ideological counterpart to the very material process in which advanced industrial society silences and reconciles the opposition.

Once upon a time, people sat together and talked.  They even touched and shared their thoughts and feelings. They conspired in a most natural way apart from the prying eyes and ears of the electronic spies.  Now so many sit and check their cell phones.  They “connect,” thinking they are with it while not knowing they have been lured into another dimension where frenetic passivity reigns and trance states are the rule.

“Propaganda is the true remedy for loneliness,” said Jacques Ellul in his masterpiece, Propaganda.  He was being simultaneously accurate and facetious.  For propaganda provides a doorway to pseudo-community, a place to lose oneself in the group, to satisfy the need to believe and obey in mass technological society where emotional emptiness and lack of meaning are widespread and the need to fill up the empty self is dutifully met by propaganda, which is a drug by any other name, indeed the primary drug.  The empty-self craves ful-fillment, anything to consume to fill the void that a consumer culture dangles everywhere.  Think alike, buy alike, dress alike – and you will be one big happy community.  It is all abstract of course, even as its rational character is irrational, but that doesn’t matter a whit since the fear of “not going along” and appearing dissident plagues people.

Now we have endless digital propaganda that is the “remedy” for loneliness.  Ah, all the lonely people, keeping their masks in a jar by the side of the door together with Eleanor Rigby.  They think they know what their masks are for but don’t know why they are lonely or that they have been played with. Masks upon masks are donned to ward off the fear that is pumped out through the electronic airwaves.  It is doubtful that many ever heard of William Casey or can imagine the breadth and depth of the propaganda that he and his current protégés in the intelligence agencies and corporate media dispense daily.

“When everything the American people believes is false.”  Casey must be smiling in hell.

A grim submissiveness has settled over the lives of millions of hypnotized people in so many countries.  Grim, grim, grim, as Charles Dickens wrote of his 1842 visit to the puritanical Shaker religious sect in western Massachusetts.  He said:

I so abhor, and from my soul detest, that bad spirit, no matter by what class or sect it may be entertained, which would strip life of its healthful, graces, rob youth of its innocent pleasures, pluck from maturity and age their pleasant ornaments, and make existence but a narrow path to the grave….

And yet, the fundamental things still do apply, as time goes by.  Love, glory, loneliness, beauty, fear, faith, and courage.  Lovers and true artists, fighters both, resist this machine tyranny and its endless lies because they smell a rat intent on destroying their passionate love of the daring adventure that is life.  They feel life is an agon, an arena for struggle, “a fight for love and glory,” a case of do-and-die. They have bull-shit detectors and see through the elites’ propaganda that is used to literally kill millions around the world and to kill the spirit of rebellion in so many others.  And they know that it is in the inner sanctuary of every individual soul where resistance to evil is born and fear is defeated. They know too that the art and love must be shared and this is how social solidarity movements are created.