The Increasing Risk of Being a Free Marketeer 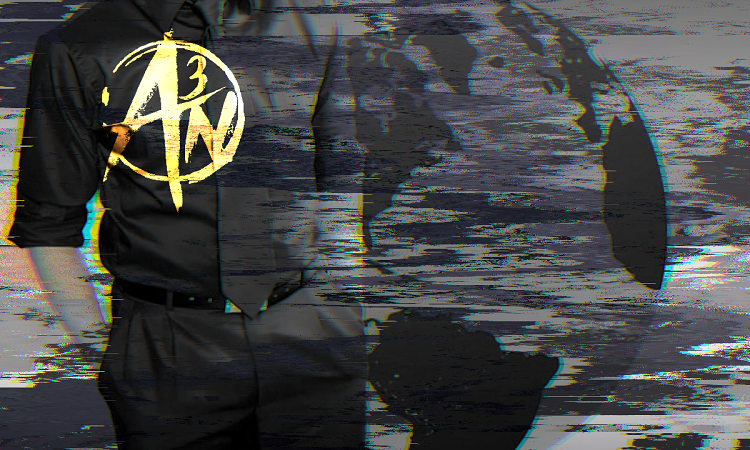 The Increasing Risk of Being a Free Marketeer

The state only wants one thing, and it’s your most important free market asset. While until now tax (theft)-evaders, free marketeers in black and gray markets, and other non-violent traders have been thrown in cages, fined, brutalized, and even killed; now the parasite class wants you to sign away the deed to your own biological makeup and private human dignity.

No Matter the Scale, Free Market Action Is Being Snuffed Out

It is now increasingly considered suspicious, in the so-called court of public opinion, to want to keep your own property. This occurs every time individuals in seats of authoritarian (i.e. cult) power become more openly desperate and covetous of the free market gain and/or savings enjoyed and leveraged by private actors.

It does not matter where one is on the wealth continuum, either. Of course, having less money results in one’s free market transactions being less likely to draw the attention of agents of the state, but the essence of the enforcement is the same, and tax collection agencies and their armed agents show up at the doors of both the rich and poor. The common attraction for these thugs is any individual choosing not to be stolen from by the state, and to keep the fruits of their labor and gifted property by various means. In other words, these agencies will just as readily take the last crummy possessions of a poor person, as they will the Mercedes of a “tax evading” drug dealer.

The “Great Reset” well under way, coronavirus hysteria paves an even broader path for the state to charge in and defraud, violate, pilfer, and pillage non-violent free market actors everywhere. Follow the news. What are the biggest narratives currently? Climate change, central bank digital currencies, the “threat” presented by private cryptocurrencies and stablecoins, and those evil, filthy billionaires and rich people.

Mostly, however, the focus is on the so-called coronavirus vaccine, and the people being painted as literal bio-terrorists — those who don’t wish to be injected. There is a very important reason for this, tied to each and every individual’s number one, most-valued market asset. We’ll get to that at the end.

The implied conclusions of the deluge of media sewage connect all these topics with a common thread: to own and use anything exclusively — in other words, to have property and exchange it (or not exchange it) freely — is the root of all evil in the new paradigm. Well, not actually a “new” paradigm, but one which is about to be forced on us all with greater magnitude and scope than at any other time in history.

How the red, anti-propertarian, anti-market thread runs through it all.

Climate change: If you are using too much water, too much fuel, eating too much meat, mining too much cryptocurrency, or doing any other activity on the list of arbitrarily forbidden activities, you are guilty of destroying the planet and life as we know it. Only the private-jet owning, bomb-dropping scum of the world called politicians are able to do these things freely. Because they are “leaders” and must be given preferential treatment. Free marketeers still wishing to own property or make their own choices in matters of health and wealth are “selfish.”

Central bank digital currencies (CBDCs): Cryptocurrencies are the money of criminals and traffickers. This is the narrative. Anyone unwilling to use a central bank digital currency in lieu of private cash or crypto is immediately suspect. If one has nothing to hide, why would one care if the state can see every single transaction made, and effectively prohibit anyone from paying someone else for their goods and services anymore if need be? Programmability differentiates these CBDCs from the current digital fiat, meaning that negative interest rates, arbitrary conditions for payment or use, and penalties can be baked directly into the code of the money. Deciding not to get that 4,156th booster shot? Well, no salary for you, then. A close friend trying to loan you some digital dollars for the work you did on his property just to buy groceries? Sorry, your name is on the list of “un-payables.” Please visit your nearest government office to sort this out.

The State Wants Your Number One Market Asset

A friend pointed this out to me the other day, and it really made a lightbulb turn on inside for me. While there is much speculation about why this genetic injection is being pushed so hard on everyone — will there be some connection with 5G towers? Is it a eugenics ploy to pick off the weak, minorities, and “useless eaters” in a depopulation exercise? Is it all just for profits for the pharmaceutical companies? — I think there is one overarching reason, which is ultimately the crux of it all. Self-ownership.

Your body is your number one asset, and the tool by which you interact with any and all markets of exchange for survival on this planet. No matter what one’s situation, if you’ve still got your body or mind, and the dignity that goes with it, you can find new ways to survive, flourish, and thrive. Even more importantly, you have the self-respect of self-possession. As Sophie Scholl said before she was executed by the Nazis: “I choose my own way to burn.”

Receiving injection after unwanted injection is not only going to damage the body, it is proof that your body is no longer your own, but the state’s. A direct and open admission that you are no longer the free marketeer, but the commodity being bought and sold. Even for those eager to get the needle stuck in them, I suspect it is a kind of property marking mechanism from the state’s perspective. Am I saying there is no coming back from that? No. How could I know? But it is an illusion to imagine there is any way to enjoy life fully without being in possession of one’s very self.

This is the final hill. With no self-ownership, there is nothing.

No markets of free exchange. That requires a self. With no market of free exchange, is life even worth living? As such, those who now refuse to wear masks, get injected, or participate in any of the other anti-propertarian hogwash like forced carbon credit systems, central bank digital currencies, or travel restrictions, are now viewed as the ultimate terrorists and blasphemers.

Their crime? Holding on to that last vestige of property the state is always salivating over — their own, independent mind and body. Getting thrown in jail is one thing. Having the very fabric of your being altered and dignity ripped away by the state, another.