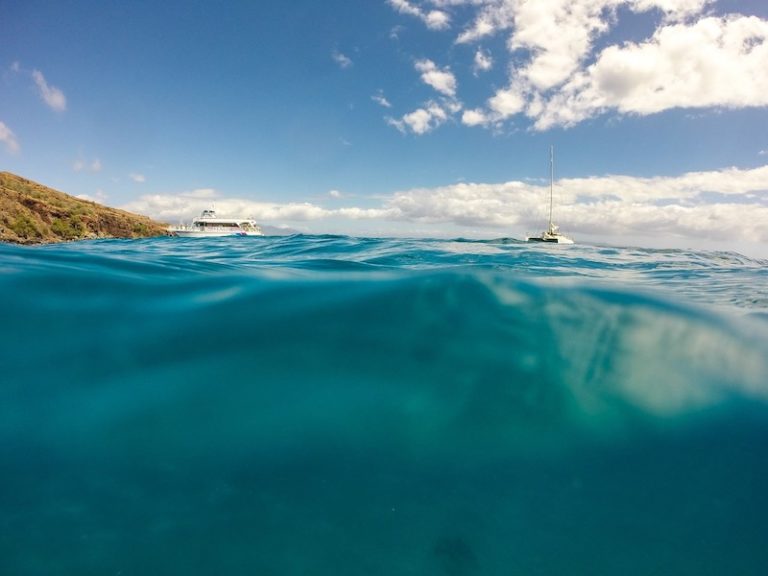 So many people shared this article that – up front – I want to say thank you for doing so. And I understand their reasons for doing so. We’ll get back to that.

But first, the story: it seems that an automated underwater observatory has gone completely missing off the coast of Germany in the Baltic Sea:

The story is rather simple: the observatory was there one day, and wasn’t the next:

The underwater observatory, which had been on the seafloor since December 2016, is managed by the GEOMAR Helmholtz Center for Ocean Research Kiel and the Helmholtz Center Geesthacht (HZG). On August 21 at 8:15 p.m. local time, transmissions from the €300,000 ($330,000) station came to a sudden halt. Divers were dispatched to the site, only to find—much to their astonishment—that the entire structure was gone, save for a shredded transmission cable, according to a GEOMAR statement.

The observatory was in a restricted area off the northern coast of Germany. Boats, including fishing vessels, are not allowed into the area, the BBC reported. That somebody, or a group of individuals, removed the observatory remains the most plausible explanation. Other factors, such as a massive storm, heavy currents, or even marine animals, were ruled out as potential causes owing to the weight of the instrument. Who or what removed the science station, and why, is a complete mystery. German police were alerted to the incident and are now investigating, according to GEOMAR.

“[At] first we thought of a transmission error,” Hermann Bange, project coordinator for the Boknis Eck Observatory, said in the GEOMAR statement. This prompted a diving mission to the site, revealing the disappearance. “The devices were gone, the divers could not find them anymore,” he said. “When the divers reached the bottom of the sea last week at the observatory’s location, they found only the torn off land cable. It was completely shredded.”

The missing observatory consists of two racks, one weighing 250 kilograms (550 pounds) and the other 100 kilograms (220 pounds) each. The racks include a frame holding the power supply (along with a heavy cable connecting the station to the coast) and a frame to hold the sensors. Both racks were “removed with great force from their position,” according to the GEOMAR statement. (Emphasis added)

Now, in and of itself, the story is not all that unusual, and the explanation – “that somebody, or a group of individuals, removed the observatory” – is, as the article says, “the most plausible explanation.” And taken by itself, I readily agree.

But here comes the high octane speculation: in case you haven’t noticed, there’s been an awful lot of “strange stuff” going on in (or over… or under) the world’s oceans in the past few years: hurricanes that are making a beeline for Texas through the Gulf of Mexico that then do a nearly perfect ninety-degree turn to slam into New Orleans (Katrina); then we had the case of Malaysia Air flight 370 whose disappearance has more theories and little by way of evidence for any of them, the USS Donald Cook incident in the Black Sea, and then a similar episode with the same ship in the Baltic Sea, and the USS Fitzgerald and USS John McCain incidents, all of which I’ve blogged about previously on this website. More recently I reported on the strange “electrical malfunction” on the USS Harry Truman, and the equally strange refitting of US aircraft carriers. Add to this missing Russian submarines, and the context around this latest story takes on a rather more somber appearance. Given the weight of the two racks of equipment comprising the observatory, and the statement by the observatory’s owner, GEOMAR, that they were “removed with great force from their position,” one has to entertain the possibility that perhaps, just perhaps, this latest strange story might somehow be related to all the rest. It’s almost as if all the world’s oceans and seas are now a part of the Bermuda Triangle, buzzing with strangeness.

If indeed, as the article speculates, the observatory was removed by someone, the question is why? What possible use would anyone have for such equipment, much less the expense and risk of stealing it? Or conversely, did “they” simply want the observatory shut down? If so, why? And to walk right off the end of the speculation twig here: assuming that somehow all these events are related, then that would imply that “someone” is messing around both with American and Russian naval vessels, and now an underwater German observatory. And perhaps all this strangeness is somehow related to the alleged refitting of American aircraft carriers with electronic counter-measures equipment. In any case, viewed in this wider and admittedly very speculative context, this little story may not be so little, and may bear watching.