The Irony Of Studying The Dark Forces 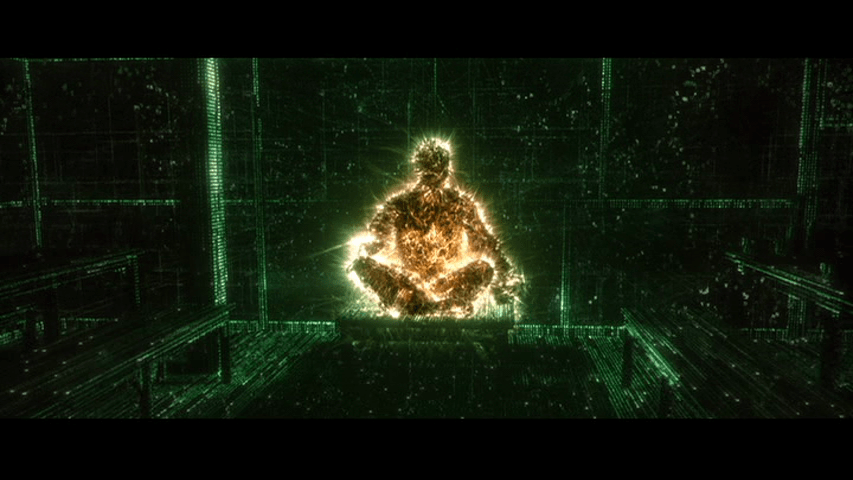 The Irony Of Studying The Dark Forces

There is an irony I have struggled with in having a website that uncovers the nature of the control matrix that we exist in. Because we are powerful creators, we create every moment of this matrix by what we focus and intend, and we have been programmed to subconsciously create what we are studying by making it our truth. It is important to learn how to study without emotional attachments of fear and to shift your frequency to neutrality or love in an empowered state to keep from reinforcing the control matrix while uncovering it.

Part of the black magic of controlling humanity and locking people into a perpetually negative matrix usually begins with school. We are taught subjects that we have to repeat over and over in order to memorize it, and then we are quizzed on how well we have programmed our brain to believe these facts. The programming is usually reinforced by our parents because they were also brainwashed and mind controlled. Before our modern day schools, even horse and buggy people were brainwashed into divide and conquer by the idea of war, and society made sure to keep lots of people in the saloons and/or churches. Information was disseminated through snail mail and newspapers, and they had a very slim chance of getting information to empower themselves.

Information can be one of the most empowering things to break free of the control matrix. However, black magic programming can also apply to your studies of the dark forces as well. Some say that the dark are supposed to tell us what they are doing openly in compliance with Universal Law because we have free will and shouldn’t be programmed without our consent. There is some really good information leaked by select cabal members, and there are tons of movies putting out disclosure. By placing the information out there for all to see, we are supposedly giving consent by continuing to live like slaves if we do nothing about it. Of course, most people don’t realize they are looking at the truth right in front of their faces. But even if we do recognize the truth, what if it is allowd to be seen in order to keep us perpetuating what they are doing? We never learned to say NO and shift the energy in order to break the subliminal programming while studying their methods of control and torture.

To truly understand my point is to understand how this inverted matrix copy is being created. Let’s say that half of the population on Earth are Source beings that are creating this inverted matrix reality (mostly subconsciously) through their thoughts, focus, and intentions. Most are riddled in fear and don’t even realize it. In the other half of the population is a small percentage of negative beings. The rest of “people” NPC’s, or non-player characters, non souled beings, or what Dolores Cannon called backdrop people. They are being controlled by artificial intelligence in order to reinforce and perpetuate the creation of every moment from a lower vibration by programming the Source beings to keep the frequency low. The storyline continues in the matrix as the Source beings have forgotten who they are and that they are creating their own reality.

In every moment we flash in and out of existence several times. When we flash in, we have just re-created our body and our version of the earth matrix based on the last moment plus any new programming that influences us in the now moment. This is the biggest secret of all, WE are creating this matrix. The negative beings are not creating anything, they can only copy matrices and influence Source to create based upon negative influence and ignorance.

The system busters are Starseeds who are awakening to who they are as Source, and they came here to re-program the matrix from inside of it. In order to do so, it is important to learn how to be the observer and not focus too much on the dark forces so that you do not attract that into your reality. There is a sequence of learning that can be followed that involves working on yourself in peaks and rests that allows you to process truth. First you stumble upon a big topic and do all of the research that you can, then you decide that you do not want that in your matrix and you make a declaration to the Universe that you do not consent. Then it is important to process and transmute all of that negative information by taking a break from the information and spending time raising your  vibration and focusing on what you do want to create in the New Earth.

In the past, I would get so bogged down in studying the negative control matrix that it lowered my vibration. The irony is that I just wanted people to know what was happening so I would write an article about it (reinforcing it unconsciously). If some would turn their head at the information, I accidentally judged those who were spiritual bypassing this information. I have learned that if we didn’t have the spiritual bypassers holding the higher frequency for the matrix cleaners to go into the crap and clean it up, we would get stuck in the vibration of perpetuating the exact same matrix as we were studying. I have refrained from writing about many other darker subjects because we haven’t all learned how to pull out of the vibration from which they were created. There are still so much more dark shenanigans that many Starseeds will never know about. A small percentage of us will be told and we will offset that part of the matrix with out transmutation abilities.

I noticed that when I took a break from my studies and read something I loved like Barbara Marciniak’s Bringers of the Dawn, I was again recharged and empowered. I also would get out in nature or treat myself to a special meal or dessert until I felt better. The shift of the energy is what allowed me to transmute what I had picked up by reading the bad things and then focusing on something empowering and doing something I enjoyed. When I shifted the energy of what I had been studying by shifting the energy in my body, I did not perpetuate the creation of that topic in my matrix. It is important to create your own little escape while still being fully embodied.

I have also since been able to study the negative control matrix as an observer, which naturally happened after finding myself in and out of the “void”. Once I reached a state of balance in my own energy work, I was “in the world but not of it”. This kept me from taking on the programming of the negative matrix material I was “observing” as I dove in and out of my research. I continued with the declarations of non consent to what was happening “out there”. Sometimes I do an “erase and rewrite” in my mind when I am thinking about something negative in order to understand it, and I replace it with positive repetitive affirmations of what I do want. I have also opened my heart so that I am recreating my matrix out of a love vibration rather than a fear vibration. The last part of the reprogramming of the matrix involves spending a lot of time now focusing on what I do want in my matrix, and that is how I am contributing to the creation of the New Earth.

Not everyone has a role in studying the matrix in depth, and perception has a lot to do with decoding the matrix. But for those who are curious and question everything, learning how to transmute what you are studying is key. By shifting your energy and taking a break, you do not get caught up in a negative spiral in your own local matrix as well as contribute to the overall matrix creation with all of the other Source creators here.  Sometimes it is even good to take a break of several months if that is what it takes to shift your frequency back into a higher state or dimension. Make sure you reading articles or listening to videos of truth frequency instead of fear based or low vibration. Pay attention to how you are FEELING and make adjustments accordingly.

The matrix we see is a holographic illusion and it is just as easy to un-create as it was to create it. We are remembering how to do just that, one Starseed at a time. It only takes a small percentage of empowered creator beings in a love vibration to override the majority.

About the author: Michelle Walling, CHLC is a Holistic Life Coach, international public speaker, writer, webmaster, and former radio show host for The Cosmic Awakening Show.  In 2013, Michelle started her public career as a spiritual, metaphysical, and esoteric writer, and she is the creator of the website HowToExitTheMatrix.com.