The Jab-5G Knock Out Punch 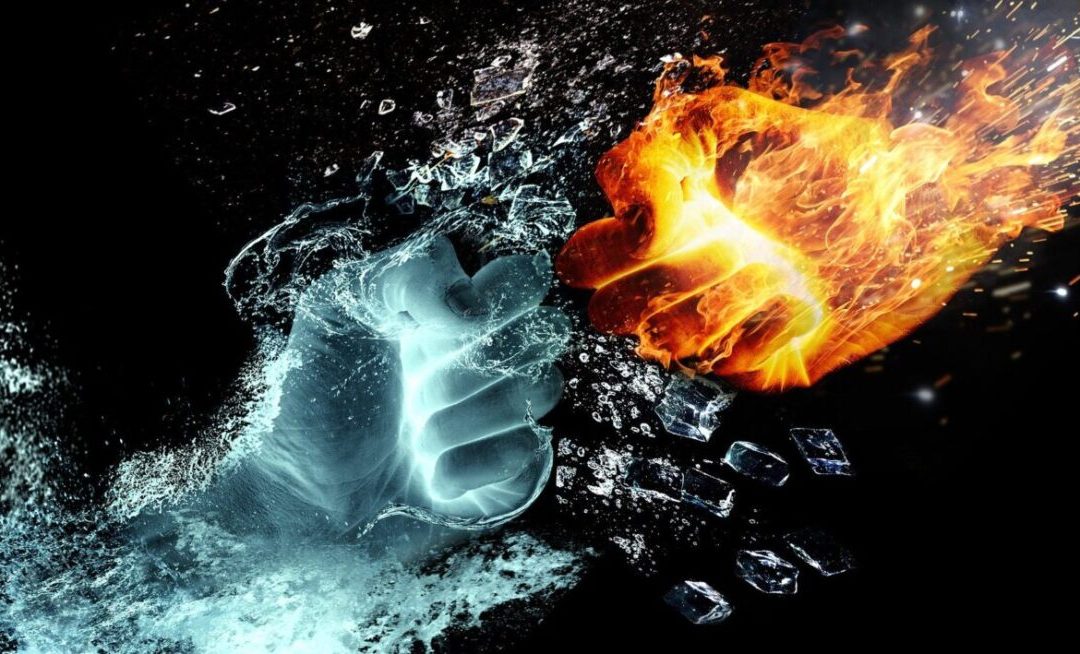 The Jab-5G Knock Out Punch

When the media reports that illegal mandates are ending, it is necessary to read between the lines. Because there is always more to the story.

On January 19, 2022, UK Prime Minister Boris Johnson was reported to say that so-called Plan B measures would lapse on Jan. 26, as face masks would not be legally enforced anywhere and COVID passes would not be mandatory.

Our scientists believe it is likely that the Omicron wave has now peaked nationally… because of the extraordinary booster campaign, together with the way the public have responded to the Plan B measures, we can return to Plan A. 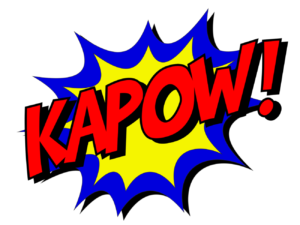 While this may sound positive on its surface, the idea of legally enforcing illegal mandates is an oxymoron. By reading between the lines, we see that OMICRON is an anagram for moronic and oncomir (i.e., tumor forming). And the wave represents 5G mm wave frequencies.

If mandates are on the outs, then they have served a purpose, by design. What’s next? In the world of sports metaphors, it is the jab followed by the right-hook punch, which translates to a strategy of injections plus added wave frequencies.

U.S. Telecom services have expanded to C-Band or Midband 5G.

On Jan 18th, the American media reported that AT&T (T.N) and Verizon Communications (VZ.N) temporarily deferred turning on some wireless towers near key airports (or 10% of network) “to avert a significant disruption to U.S. flights as they roll out 5G service that will bring faster wireless service to tens of millions of people.” British Airways cancelled US flights over similar concerns.

Did the Federal Aviation Administration fail to plan for this oversight? 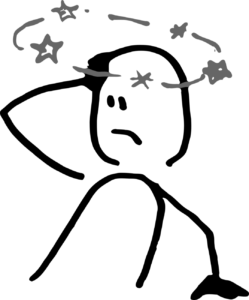 The new mRNA injections are known to contain graphene oxide (nanometals) which is part of a self assembly process of nanobots (i.e., nanotechnology). Graphene oxide acquires magnetic properties and is extremely toxic. It’s toxicity is dependent on the electromagnetic radiation it absorbs. Once injected, it has an affinity for the central nervous system and electrical organs, such as the heart. Consequences include fainting, arrhythmias, or syncope, and sudden death. To understand why boosters will be recommended every 3 months to keep the graphene oxide in the body, watch this explanation. This is the jab.

The Jab-5G Strategy could be a very effective knock-out punch for a global government to exert more control over large populations, including the depletion of the human species. This is a crime against humanity, a strategy first tested in China and South Korea in 2019.

On June 29, 2019, China’s new law, The Vaccines Administration Law was promulgated. Soon after, 2 billion doses of COVID vaccine were deployed in China, enough for 1 billion people, or 76 percent of China’s 1.4 billion population.

Later, in November 2019, China launched the largest 5G network, under the concept of “connectivity and faster downloads.” Reports followed of people suddenly “dropping dead in the street,” whether true or not. By March 31, 2020, China’s national vaccine tracking system was launched.

Nine months later, by mid-December 2020, 2 billion doses of COVID vaccine were deployed in the U.S. The CDC claims 210 million of 310 million people are “fully vaccinated.” Two years later, on January 19, 2022, the 5G network was switched on. 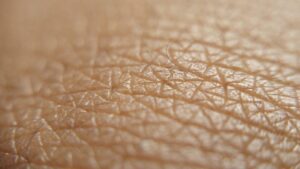 Since 2008, 5G research scientists have shown that the coiled portion of the sweat duct in the upper skin layer is regarded as a helical antenna in the sub-THz band. In their December 2019 article in Bio Heat Transfer, they warn:

One must consider the implications of human immersion in the electromagnetic noise, caused by devices working at the very same frequencies as those, to which the sweat duct (as a helical antenna) is most attuned. We are raising a warning flag against the unrestricted use of sub-THz technologies for communication, before the possible consequences for public health are explored.

Helical is also a word used to describe DNA, in skin cells or any cell. DNA is more than a series of four base pairs (CGAT). DNA is a transmitter, a receiver, and a translator of information. There is a deep relationship between DNA, water, and your health. Water molecules surround the structure of your DNA, through hydrogen bonds, making it highly responsive to stimuli, such as light frequencies. [Read more in The Nature of Healing]. 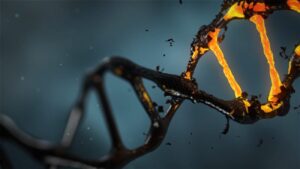 Now, add cell towers that emit 5G frequencies strategically placed atop water towers all over the U.S. What happens when the structure of water is altered by incoherent frequencies before entering your body? What happens to your DNA? Do you need to consider a safer water source? Do you wonder why your government has not vetted 5G technology for safety and health as it relates to water or air travel?

The use of the 60 GHz RF (Radio Frequency) band along with EIRP (Effective Isotropic Radiated Power) include the following world locations: US, Canada, Europe, Japan, Australia, China, South Korea. Note, Switzerland halted the rollout of 5G over health concerns to further test the potential impact of radiation exposure.

The symptoms of sub-THz band frequencies appears similar to “COVID” symptoms and includes: lack of oxygen, seizures, and a phlegm-less cough. While the 5G frequency network has been launched in every continent without verifying safety, millions of people have consented to experimental mRNA vaccines that utilize “gene therapy” technology.

An Editorial published in the July 2020 J Biol Regul Homeost Agents, suggests that 5G waves are a critical factor to sudden deaths attributed to an influenza-like condition dubbed COVID. Read that article in full (that has been retracted), here: 5G Technology and Induction of Coronavirus in Skin Cells:

In this research, we show that 5G millimeter waves could be absorbed by dermatologic cells acting like antennas, transferred to other cells and play the main role in producing Coronaviruses in biological cells. DNA is built from charged electrons and atoms and has an inductor-like structure. This structure could be divided into linear, toroid and round inductors. Inductors interact with external electromagnetic waves, move and produce some extra waves within the cells.

The shapes of these waves are similar to shapes of hexagonal and pentagonal bases of their DNA source. These waves produce some holes in liquids within the nucleus. To fill these holes, some extra hexagonal and pentagonal bases are produced. These bases could join to each other and form virus-like structures such as Coronavirus. To produce these viruses within a cell, it is necessary that the wavelength of external waves be shorter than the size of the cell. Thus 5G millimeter waves could be good candidates for applying in constructing virus-like structures such as Coronaviruses (COVID-19) within cells.

When an electromagnetic wave passes the cell membrane and the nuclear membrane, it induces an extra magnetic field within the DNA inductor and interacts with its fields.

A DNA is built from charged particles and according to laws of physics, by any motion of these particles, some electromagnetic waves emerge. Also, the structure of a DNA is similar to the structure of an inductor in a receiver and can produce some waves. Thus, a DNA could emit some waves and interact with external waves. However, most waves have a length more than the size of cells and pass them without any effect. Only limited waves with lengths smaller than millimeter could penetrate into cell membrane and interact with DNA inductors. These wavelengths could be observed in 5 G technology. 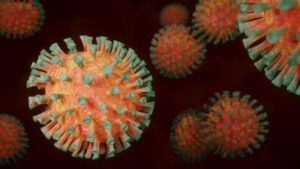 A natural infection with coronavirus will, in most individuals, remain localized to the respiratory tract. In contrast, the vaccines cause cells deep inside our body to express the viral spike protein, which they were never meant to do by nature. Any cell which expresses this foreign antigen will come under attack by the immune system, which will involve both IgG antibodies and cytotoxic T-lymphocytes.

With contradictory media messages that serve to confuse, know who you are. Under your skin suit, you are first and foremost a part of Nature, a being of light frequency. Every thought, emotion, and action, is a frequency you emit through your DNA, your biological internet. Understand that artificial frequencies introduced into the environment are scrambling and altering your natural frequency. How do you negotiate life in a boxing ring? 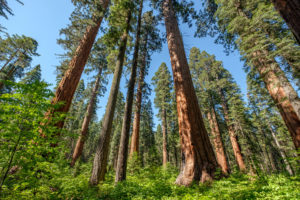 Return to Nature. Eliminate all WI-fi devices, or hard wire them. Eat clean, organic foods to keep your immune system at peak performance. Drink clean, filtered water. Use herbs that promote a strong immune system. Research the use of the mineraloid, Shungite, as protection carried on your body. Make sure you cleanse Shungite regularly. All of these tools work to help to maintain a strong natural frequency.

Stop watching and listening to media talking heads. Shut off the Tel-A-Vision, which emits a low frequency for TV programming. Scrutinize leaders who offer no real solutions, but only fear based sound bites. Raise your own frequency by spending time in Nature, and by meditating to keep you from beLIEving the propaganda.

Understand that you are your own healer and this life is the self-healing journey.  Part of the journey is to see through fear-based illusions. Once you find your center, you can ground yourself, like a martial artist or kick boxer. Then you can duck the jabs and right hooks. You can avoid the knock-out punches altogether.

Rosanne Lindsay is a Naturopath, Herbalist, writer, and author of the books The Nature of Healing, Heal the Body, Heal the Planetand Free Your Voice, Heal Your Thyroid, Reverse Thyroid Disease Naturally. Find her on Facebook at facebook.com/Natureofhealing. Consult with her remotely at www.natureofhealing.org. Listen to her archived podcasts at blogtalkradio.com/rosanne-lindsay. Subscribe to receive blog posts via email.
Copyright © 2021 Nature of Healing | All Rights Reserved |