The Kaleidoscope of Enchantments 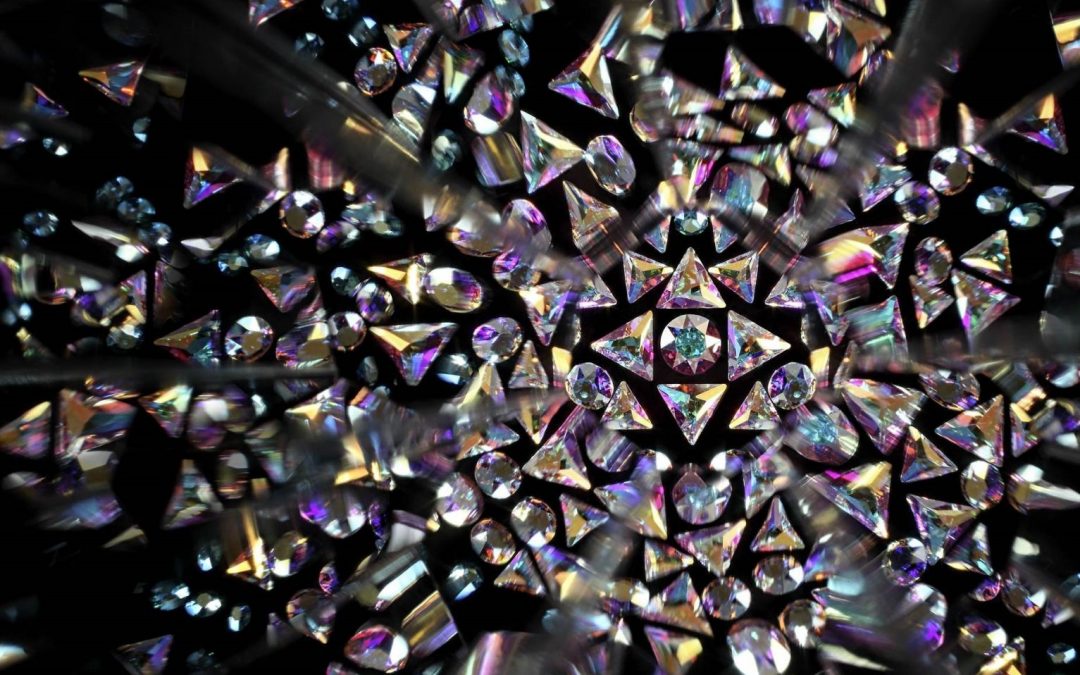 “This is how The World, The Devil and The Deep Blue Sea operate in the Kaleidoscope of Enchantments.”

I have a lot of time on my hands. This is not because I am a member of the idle rich. I am not. However, there is a context in which I could be considered rich, far richer than anyone you know and with a great deal more freedom than they because I am not mortally invested in the possession of what they require to maintain their lifestyle. Also… the source of my wealth cannot be challenged. It can’t be taken from me.

As I said… I have a lot of time on my hands; eternity, actually, to do as I wish, even though I don’t wish to do anything but serve. I might wish to cease the various conflicts and states of war across the planet but that would be both foolish and ineffective. Conditions are exactly what people want them to be. Of course, they don’t know this but it is true none the less. “But surely, Visible, there must be much that you wish to do; what about Self Realization, Liberation, Nirvana, Enlightenment? These are all the sort of things you talk about as being desirable?”

How would I answer something like that? First I would say that wishing or desiring any of these items would only serve to drive them away. Furthermore, all of those are guaranteed and in the process of coming to me as these words are being written… alternatively, I might be moving toward them as well.

Let’s say that we call all of these states of being, Kansas City and let’s say that I might take a train. I might take a plane but… if I have to walk, I’m going to get there just the same. I’ve been previously informed that all of these things and all things similar are indeed to be found in that metaphorical Kansas City. Well, of course, I am headed for Kansas City at this very moment. Not the terrestrial Kansas City that shows up in your GPS, if that happens to be your objective, but the ‘other’ Kansas City we have come to understand possesses all of the items and states attractive to Visible.

What if I told you that I could tell you in detail how to get to your own Kansas City and that it isn’t bullshit… or part of some philosophical construct designed to make a point. No! It’s a real thing and I most certainly could tell you how to do this. In fact, I have been doing just that all along, for as long as I have been doing this. I’ve pointed out the location of valuable sources of information, directly relevant to this. I’ve indicated practices and behavior patterns that will put you on the fast track to hot-housing your own spiritual evolution.

What if I told you that rather than go through many, many lifetimes of suffering and toil, interspersed with brief intervals of pleasure and occasional draughts from the waters of Lethe, you could waltz right out of here in a single lifetime? What if I told you the pursuit of happiness was a dead end and that you HAD TO EXPERIENCE equal amounts of unhappiness to enjoy that happiness? What if I told you this whole world is a sham designed to break your heart and leave you empty and bitter? Well… I have told you that in many different ways all along. Let’s go back to the first sentence in this paragraph; the one about evading all of the guaranteed misery, awaiting you in the aftermath of capturing ANYTHING you desired or set out after, motivated by desire to do so. 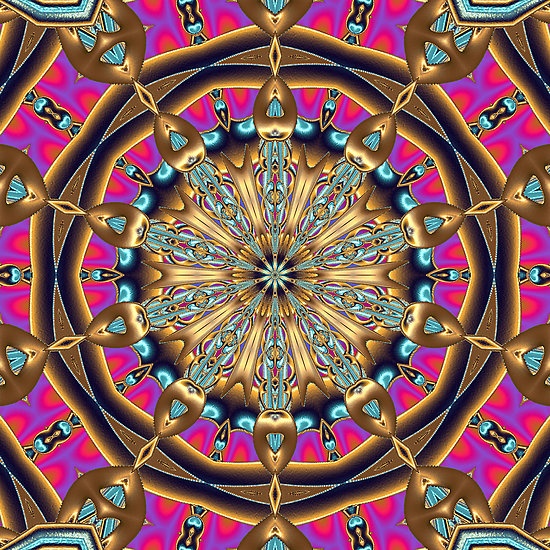 “Success is speedy for the energetic.”

He didn’t lie. He was/is an avatar. Avatars don’t lie.

Yes… I could clearly and definitively lay it all out for you and if you took off after any one of SEVERAL options I could present you with, you would… with the aid of Faith, Certitude and Determination and Invisible Friends, reach your goal in this lifetime… or… so fast track your objective that you would never have to concern yourself with the gain and the loss, the failure or success of it again. In fact… I know of portals where you don’t even have to come back here again. You can finish it all up in an astral loka and evade the torments of the flesh entirely. You would ‘t have to worry about running into Pinhead and the Cenobites. Everything I am telling you here is the truth. It profits me nothing to lie to you and the penalties for that are not something I would EVER CONSIDER. “But… Visible… what if you are misinformed and you lead us astray unintentionally; not meaning to, of course but… nonetheless…”

No… I am as certain as certain can be that I speak correctly, insofar as such things can be put into words, which… in the elementary stages, they can and beyond that… indications can be given.

Here we are… halfway through this commentary and we haven’t arrived at the point of it yet. The point of it is that I can most certainly do what I have stated I can do and long before this came before you, many another has said the same thing, with variations shaped for the time and place they appeared in. This is not the problem. The problem is that hardly anyone wants it. Oh yes… hardly anyone, confronted with clear and precise directions, wants to go to Kansas City. Oh sure… everyone wants to BUT… BUT… BUT… First they have to do this and then they have to do that and there’s always the possibility… the certain possibility that they will miss out on something else if they do. Yes… that is quite true. You will definitely miss out on all kinds of things that you have misidentified as containing something that can’t be found in any of those things …BUT… that is the point of being here; finding that out.

You can get the sense of the meaning of Karma RIGHT HERE… right in this moment, because… what is it that would prohibit you… or anyone… from deciding right this moment to head off for the ever flowing fountain of perpetual bliss (which is your own intrinsic nature) and NEVER LOOK BACK? What is it that has put these blinders over your vision… these Samskaras? It’s Karma, neh?

YOU ARE the eternal pure and free, self illumined Atman (soul) right now. All that is lacking is the awareness of it and all that is coming between you and that awareness, is the more persistent awareness of that kingdom presented to you upon the narrow bandwidth of the physical senses.

This is a world of pain and anguish, of doubt and uncertainty, of disease… old age and death. Sure… just about every time you’ve had enough of that… along comes something else to capture your attention, to distract you. The kaleidoscope of enchantment is always turning. It’s the nature of the beast. It is how The World, The Devil and The Deep Blue Sea operate. There is ONLY ONE SANE MOTIVATION IN LIFE and that is to GET OUT OF HERE! If you don’t think so right this moment, you will. You will. 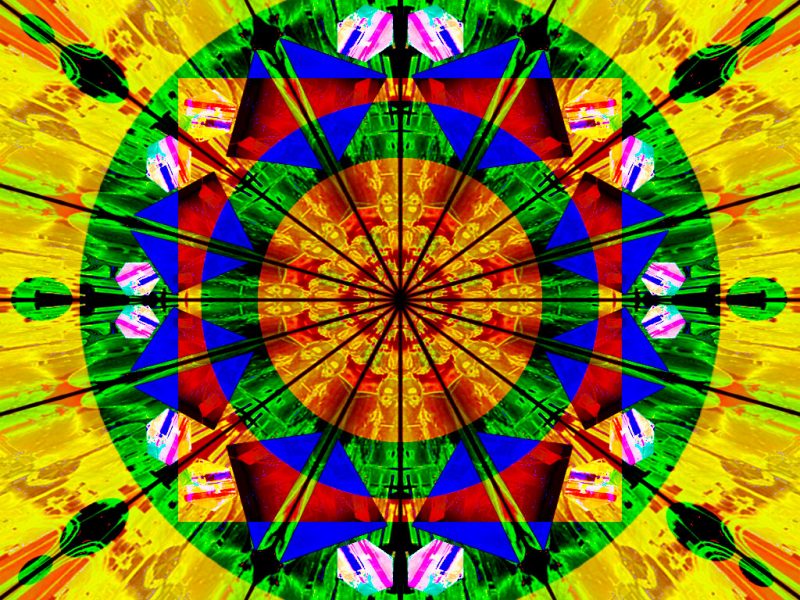 Up and down. In and out. The wavy Bio-Rhythmic convolutions of Cause and Effect, dance in their timeless choreography for the Purpose of Demonstration. The perpetual sex act of interacting opposites and their countless offspring, are coming round the mountain to greet you, further down the road, which runs, ‘ever on and on’.. Some of us spend each day, dining in the ivory tower, moving through our circles of acquaintances in the ballroom at the Overlook Hotel… ‘redrum… redrum…’ The hungry ghosts are magnetized by the centers of attraction, where the appetites of manifest life, were once celebrated. Many another of us, exists in a state of perpetual want, with adversity close at hand and each of these momentary states of Fortune and Famine… trade places with regularity. On rare occasions, those few of us who have been, the good stewards of prosperity, have behaved in that fashion appreciated by the Lords of Karma… otherwise… look out.

It is a mystery, is it not? Why would anyone prefer the vicissitudes of chance and change to have their unforgiving way with us? Why do we persist in our residence in the land of temporary dreams? Now and again, one will break free of the herd and with a determined persistence… find the Kingdom of God within. Often that singular soul will leave footprints, should another care to inquire about what is really extant in the (no so) fearful unknown.

The time in which we are presently here is a remarkable occasion. Times like these and the opportunities available, come round at rare intervals. It is possible in these times to make spiritual progress that would not be possible at another time. Will you avail yourself of this precious moment? Time will tell and we shall see. Angels unseen, await the chance to assist you. Once the commitment has been made, all the forces of good will rush to your side. Perhaps I am just a voice, howling in the wilderness of personal delusion. Better men than me, by far, have said much the same thing. There is something within us that KNOWS the truth of this. It is that very something that is speaking right now through your humble servant.

In a moment… it could all change. In a moment, the moment will have passed. Seize the moment, while it is yet upon you. No one of us knows when the hour will come round and the note will come due. To get a vague idea of how close anything may be, one has only to observe the trends passing and what they suggest of things to come.

May God make his presence known to you and may you answer the call. This is my prayer for you. 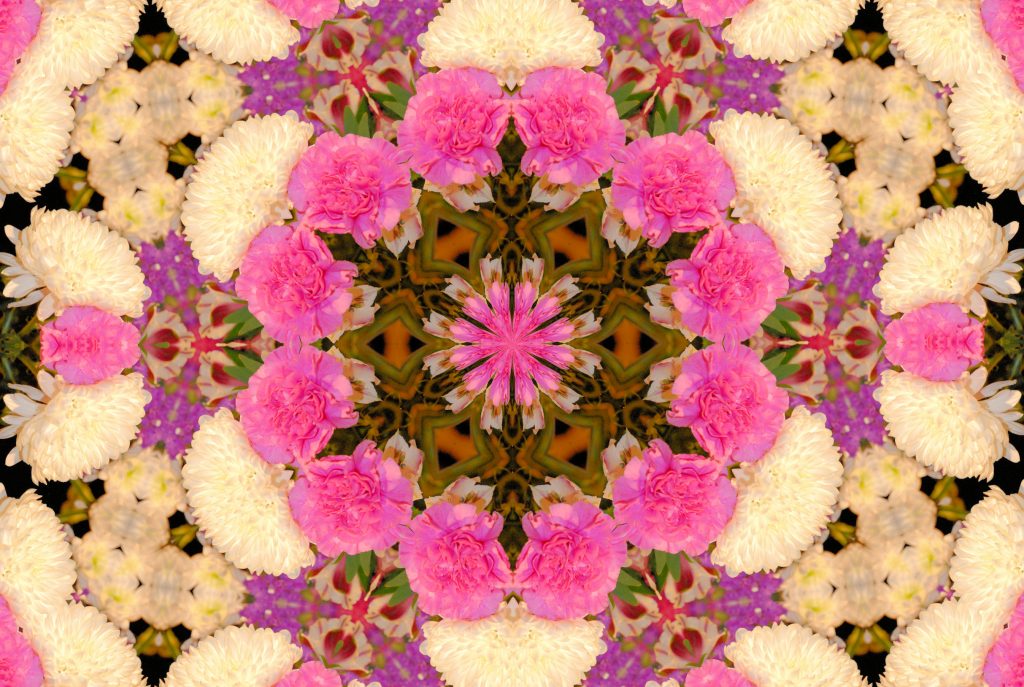