The Mag-Jab and the War on Children

I have previously written about how the tyrannical, illogical and ridiculous measures imposed by the satanic-criminal Big-Pharma-Gov diktats are likely to have devastating long-term consequences for children who are subjected not only to the oppressive measures but also to take the Mag-Jab:

Church and Schools in Collaboration of Cruelty

Orphaned by the Psycho-Pharma State?

Whatever else it may be, the relentless propaganda and associated psychological manipulation has had a self-evidently deleterious effect on the health and well-being of the UK population. Deliberately so – that was the intention of SAGE. After all, is it not easier to control an unhealthy people?

Two days ago, whilst on a ramble with four old friends along the eerily-fascinating southern edge of the Kinder Scout plateau (above), two of them told me that their daughters (19 and 20 years old) had had the Mag-jab. They were, understandably, disappointed and concerned about the long-term consequences.

Why did they have the Mag-Jab?

In order that they may engage in those ‘normal’ activities that they usually enjoy (mainly, socialising and international travel). And all for a fake lurgy with a 99.8% recovery rate that, naturally, scarcely touches the young.

The tragedy is that as a consequence of having had the Mag-Jab, the pair are now likely to experience long-term health issues, including sterility.

On top of this, of the five of us that went on the ramble, only one has not had the jib-jab. (No prizes for guessing who). Three have been double-speared. These are friends of 30 years standing. It’s difficult to foresee the future, given the increasing evidence that the mag-jabs contain Graphene Oxide. What is to become of them and their offspring? For now, at least, none of them are suffering from any observable side-effects.

However, what are the long-term consequences?

As if it were composed of fortune tellers with crystal balls, the globalist media have been announcing for some time that a ‘brain tsunami’ is coming. This is the so-called neurological COVID.

Dr. José Luis Sevillano and biostatistician Ricardo Delgado have been raising awareness that this brain tsunami is a consequence of violently introducing graphene oxide into the body, as is being done with so-called vaccines.

Graphene oxide travels from the inoculation point, in the case of injection, to the brain. Or from the respiratory tract to the same destination, passing first through the olfactory nerves.

When it crosses the blood-brain barrier, graphene oxide begins to wreak havoc at the neural level due to the excitation it undergoes by external electromagnetic fields.”  Orwell City

In this spiritual war upon the people of the world, the relentless propaganda and the Mag-Jab itself are ultimately attacking the brain. The slow descent into mental and physical hopelessness is something I witnessed with my father who suffered from a neurological disease that lasted 7 years.

A mass-murder, on a scale never before seen, is unfolding around us.

As I have previously written, we also need to be aware of how the nonsensical-cult practices (obsessional hand-washing, mask-wearing, social-distancing, fear-inducing propaganda) have affected the young.

In spite of the dire warnings of the harm being caused, schools and parents have been complicit in this. Sadly predictable, research is now showing the effects of the nonsense upon the infants born after March 2020:

Children born during the coronavirus pandemic have significantly reduced verbal, motor and overall cognitive performance compared with children born before, a US study suggests.

The first few years of a child’s life are critical to their cognitive development. But with Covid-19 triggering the closure of businesses, nurseries, schools and playgrounds, life for infants changed considerably, with parents stressed and stretched as they tried to balance work and childcare.

In the decade preceding the pandemic, the mean IQ score on standardised tests for children aged between three months and three years of age hovered around 100, but for children born during the pandemic that number tumbled to 78, according to the analysis, which is yet to be peer-reviewed.

“It’s not subtle by any stretch,” said Deoni. “You don’t typically see things like that, outside of major cognitive disorders.”

The study included 672 children from the state of Rhode Island. Of these, 188 were born after July 2020 and 308 were born prior to January 2019, while 176 were born between January 2019 and March 2020. The children included in the study were born full-term, had no developmental disabilities and were mostly white.

Those from lower socioeconomic backgrounds fared worse in the tests, the researchers found.

The biggest reason behind the falling scores is likely the lack of stimulation and interaction at home, said Deoni. “Parents are stressed and frazzled … that interaction the child would normally get has decreased substantially.”

Whether these lower cognitive scores will have a long-term impact is unclear. In the first few years of life, the foundations for cognition are laid, much like building a house – it’s easier to add rooms or flourishes when you’re building the foundation, Deoni said. “The ability to course-correct becomes smaller, the older that child gets.”

Given this data comes from a relatively affluent part of the US, where social support and unemployment benefits are generous, the fear is that things could be worse in poorer parts of the country and the world, he added.”

On top of which, these infants are being born into an engineered insane asylum, where ‘grown-ups’ walk around in face nappies, thereby depriving the children of the necessary abilities to read facial expressions. The state-ordered closure of toddler groups has also had a massive impact on the referenced interactions that are necessary for the healthy development of social and motor skills.

Time will tell but, as I have previously stated, there will be one hell of a massive pushback against the tyrants. It’s a question of when, not if.

Take faith, dear reader and don the armour of God: 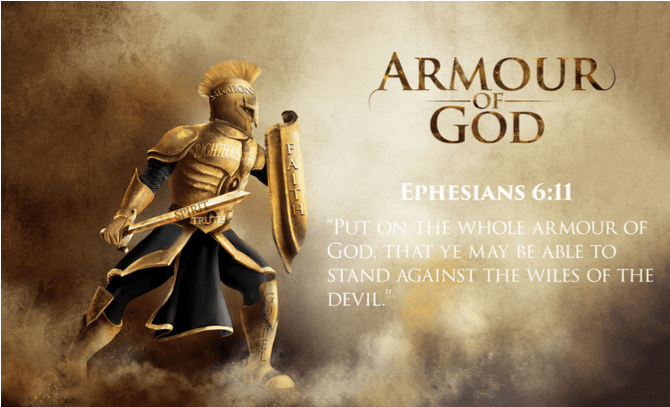 The antidote is here ~ “ROGUE MALE: An uncontrolled animal that lives apart from the rest of its herd or group, acting independently and using unorthodox methods that are unpredictable. His reasons for challenging the status quo are often excellent. (He is) a dark horse and an unknown quantity.”