The Medical Holocaust No One Wants to Expose by Jon Rappoport 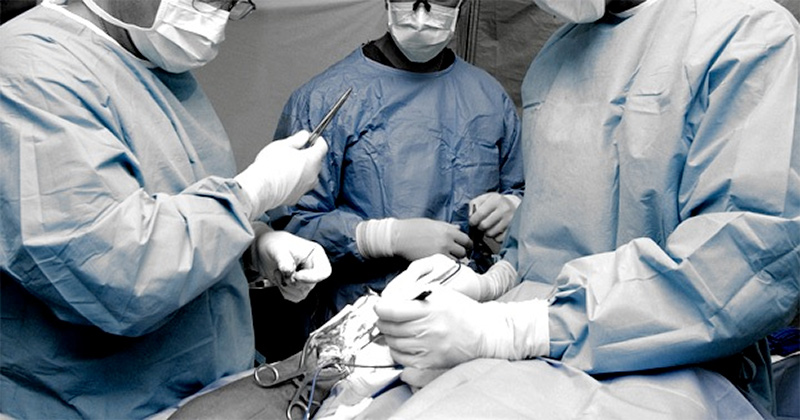 The Medical Holocaust No One Wants to Expose

During my coverage of the Las Vegas shooting, many new readers have come to my site and blog. So I want to expose them to a story I’ve been covering for years now:

No mainstream news outlet wants to touch this.

Buckle up. Here we go. Here is one of the original stories I wrote about this unconscionable ongoing crime—

My 2009 interview with Dr. Barbara Starfield, a year and a half before she died, focused on her stunning exposure of medically caused death in America.

Starfield was a revered public health expert at the Johns Hopkins School of Public Health. Her July 26, 2000, review, “Is US health really the best in the world?”, was published in the Journal of the American Medical Association.

In other words, this was a mainstream report. There was every reason for it to cause a firestorm in the press, and in the halls of government.

But that’s not what happened.

After a flurry of press stories, intentional amnesia set in.

If you’re looking for evidence that institutionalized American medicine doesn’t care about killing people, here it is.

As for major media and medical reporters, they intentionally hide this story and its implications every day of every year.

When people with the power to do something about medically caused death—and I’m talking about huge numbers of victims—know what’s going on and ignore it…what do you call that? Depraved indifference? Negligent homicide?

I call it murder.

Barack Obama and his allies have done everything they can to bring more people into the US medical system. Changing the nature of that system has never occurred to these politicians.

Like much of America, they accept the cliches and slogans about American medicine. “It’s the best in the world.” “People are being denied treatment.” “We must take care of our citizens.”

How about this far more accurate slogan: “Let’s force more Americans to die in the care of doctors.”

The American healthcare system, like clockwork, causes a mind-boggling number of deaths every year.

On July 26, 2000, the US medical community received a titanic shock, when one of its most respected public-health experts, Dr. Barbara Starfield, revealed her findings on healthcare in America. Starfield was associated with the Johns Hopkins School of Public Health.

The Starfield study, “Is US health really the best in the world?”, published in the Journal of the American Medical Association, came to the following conclusions:

Every year in the US there are:

* 7,000 deaths from medication errors in hospitals;

* 80,000 deaths from infections acquired in hospitals;

The total of medically-caused deaths in the US every year is 225,000.

This makes the medical system the third leading cause of death in the US, behind heart disease and cancer.

The Starfield study is the most disturbing revelation about modern healthcare in America ever published in the mainstream.

On the heels of Starfield’s astonishing findings, media reporting was rather perfunctory, and it soon dwindled. No major newspaper or television network mounted an ongoing “Medicalgate” investigation. Neither the US Department of Justice nor federal health agencies undertook prolonged remedial action.

All in all, those parties who could have taken effective steps to correct this situation preferred to ignore it.

On December 6-7, 2009, I interviewed Dr. Starfield by email. Here are excerpts from that interview.

What has been the level and tenor of the response to your findings, since 2000?

The American public appears to have been hoodwinked into believing that more interventions lead to better health, and most people that I meet are completely unaware that the US does not have the ‘best health in the world’.

In the medical research community, have your medically-caused mortality statistics been debated, or have these figures been accepted, albeit with some degree of shame?

The findings have been accepted by those who study them. There has been only one detractor, a former medical school dean, who has received a lot of attention for claiming that the US health system is the best there is and we need more of it. He has a vested interest in medical schools and teaching hospitals (they are his constituency).

Have health agencies of the federal government consulted with you on ways to mitigate the [devastating] effects of the US medical system?

Since the FDA approves every medical drug given to the American people, and certifies it as safe and effective, how can that agency remain calm about the fact that these medicines are causing 106,000 deaths per year?

Even though there will always be adverse events that cannot be anticipated, the fact is that more and more unsafe drugs are being approved for use. Many people attribute that to the fact that the pharmaceutical industry is (for the past ten years or so) required to pay the FDA for reviews [of its new drugs]—which puts the FDA into an untenable position of working for the industry it is regulating. There is a large literature on this.

Aren’t your 2000 findings a severe indictment of the FDA and its standard practices?

They are an indictment of the US health care industry: insurance companies, specialty and disease-oriented medical academia, the pharmaceutical and device manufacturing industries, all of which contribute heavily to re-election campaigns of members of Congress. The problem is that we do not have a government that is free of influence of vested interests. Alas, [it] is a general problem of our society—which clearly unbalances democracy.

Can you offer an opinion about how the FDA can be so mortally wrong about so many drugs?

Yes, it cannot divest itself from vested interests. (Again, [there is] a large literature about this, mostly unrecognized by the people because the industry-supported media give it no attention.)

Would it be correct to say that, when your JAMA study was published in 2000, it caused a momentary stir and was thereafter ignored by the medical community and by pharmaceutical companies?

Are you sure it was a momentary stir? I still get at least one email a day asking for a reprint—ten years later! The problem is that its message is obscured by those that do not want any change in the US health care system.

Are you aware of any systematic efforts, since your 2000 JAMA study was published, to remedy the main categories of medically caused deaths in the US?

No systematic efforts; however, there have been a lot of studies. Most of them indicate higher rates [of death] than I calculated.

What was your personal reaction when you reached the conclusion that the US medical system was the third leading cause of death in the US?

I had previously done studies on international comparisons and knew that there were serious deficits in the US health care system, most notably in lack of universal coverage and a very poor primary care infrastructure. So I wasn’t surprised.

Did your 2000 JAMA study sail through peer review, or was there some opposition to publishing it?

It was rejected by the first journal that I sent it to, on the grounds that ‘it would not be interesting to readers’!

I tried to include everything in my estimates. Since the commentary was written, many more dangerous drugs have been added to the marketplace.

This interview with Dr. Starfield reveals that, even when an author has unassailable credentials within the medical-research establishment, the findings can result in no changes made to the system.

Many persons and organizations within the medical system contribute to the annual death totals of patients, and media silence and public ignorance are certainly major factors, but the FDA is the assigned gatekeeper, when it comes to the safety of medical drugs.

The buck stops there. If those drugs the FDA is certifying as safe are killing, like clockwork, 106,000 people a year, the Agency must be held accountable. The American people must understand that.

As for the other 119,000 people killed every year as a result of hospital treatment, this horror has to be laid at the doors of those institutions. Further, to the degree that hospitals are regulated and financed by state and federal governments, the relevant health agencies assume culpability.

It is astounding, as well, that the US Department of Justice has failed to weigh in on Starfield’s findings. If 225,000 medically caused deaths per year is not a crime by the Dept. of Justice’s standards, then what is?

To my knowledge, not one person in America has been fired from a job or even censured as result of these medically caused deaths.

Dr. Starfield’s findings have been available for 15 years. She has changed the perception of the medical landscape forever. In a half-sane nation, she would be accorded a degree of recognition that would, by comparison, make the considerable list of her awards pale. And significant and swift action would have been taken to punish the perpetrators of these crimes and reform the system from its foundations.

The pharmaceutical giants stand back and carve up the populace into “promising markets.” They seek new disease labels and new profits from more and more toxic drugs. They do whatever they can—legally or illegally—to influence doctors in their prescribing habits. Many studies which show the drugs are dangerous are buried. FDA panels are filled with doctors who have drug-company ties. Legislators are incessantly lobbied and supported with pharma campaign monies.

Nutrition, the cornerstone of good health, is ignored or devalued by most physicians. Meanwhile, the FDA continues to attack nutritional supplements, even though the overall safety record of these nutrients is excellent, whereas, once again, the medical drugs the FDA certifies as safe are killing 106,000 Americans per year.

Physicians are trained to pay exclusive homage to peer-reviewed published drug studies. These doctors unfailingly ignore the fact that, if medical drugs are killing a million Americans per decade, the studies on which those drugs are based must be fraudulent. In other words, the whole literature is suspect, unreliable, and impenetrable.