The Nature of Perversion 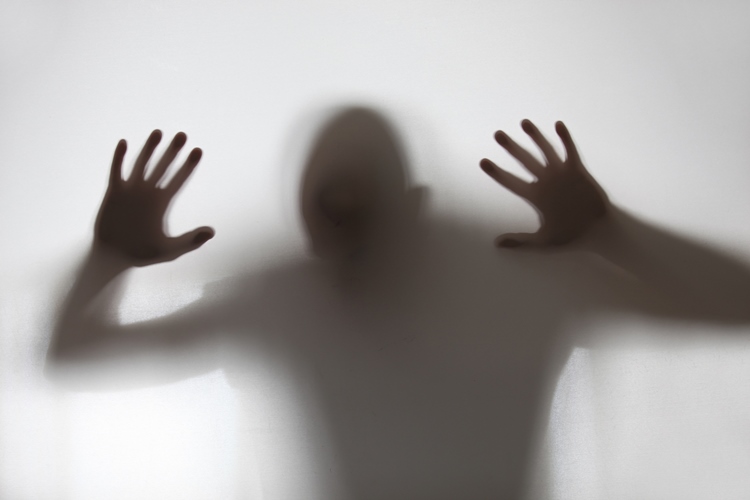 The Nature of the Perversion, Chaos, Harmony

Heaven, The Nature of Existence

The Nature of the Perversion

The child’s mind experiences reality through a high noise to signal ratio. Bodily functions are initially the highest challenge. For an infant something as simple as expelling waste is the most difficult experience!

Jumping to the act of climbing a mountain or participating in adult act such as having the bury the dead, protecting the family from danger, or the act of participating in mutual sexual pleasure is outside the required scope of complexity for the childlike mind. This this is because they are geared towards enjoying the little things more than creating a family and building a house at this stage of development.

The game is played that if one says they do not like it, then they are set up in ways to mimic the act of enjoyment and this is the entrapment of the ‘sexual freedom’ entitlement mind control program.

The Perversion of Correspondence

The correspondence is here. This is the same as a society of humans living naturally and in harmony with nature and then being “jumped” up to an advanced world with secrecy and digital destruction/war/illusion and where the natural tendencies are reversed or manipulated. It is the same way that a natural society does not need massive electrogravitic craft, advanced weaponry, replicator tech or technological immortality. Yet if it is stated such, then the option of absolute destruction of the eco-systems, murder or terror is instilled as a “justification” of that polarity. The same occurs when the simulated “pleasure” of the abused is used as “justification” for certain abuse. This is also related to how “learning” or “improvement” is achieved with other kinds of abuse such as trauma and programming and how this can be portrayed as “justification” for this kind of exposure. 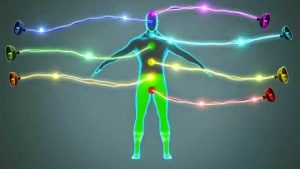 Just because it makes one stronger, does not necessarily mean it is harmonious. Harmony is key along with the acknowledgement of all the other laws of nature, or the law of nature as one whole of complimentary awareness and experience.

This is to stop the progression of the natural traits and talents that each culture and creed would eventually attain. This is similarly used in child abuse to take in pleasure and pull spiritual energy towards a being, as well as to stop the child’s mind from progressing spiritually in ways of harmonious respect to the original nature that would otherwise develop eventually.

Nature is harmony, the reversal of harmony is chaos.

The underworld is reflected on Earth through an out of control digital consciousness reality system that only gives a person that which does not internally resonate with them. A “Hell” bound experience.

This world was digitally overlaid with a mental spiritual containment grid that achieves just that reversal of intention and experience. Those with dark intentions match the dark grid and they excel. Those with harmonious intentions are resisted against by that field and are met with opposition. This is the nature of the collective reversal grid.

This same reversal is present within a negative energy flow system of torture and perversion that is related to the crimes against Humanity and Earth that are being exposed today.

Such a perversion feeds the negative inversion fuel of the underworld and sends power that way while strengthening the containment grid on Earth.

The mind flows in all directions. If action is performed that harms the self or another it will come back and re-cause that experience after going around both the natural field and the artificial grid.

The artificial grid expands negative frequency, inversion, or ego action while reducing positive or selfless action. The natural field simply expands all in a harmonious manner but this grid is overlaid now.

When one participates in action and intentions to help and heal the self and another this extends into the future and the past and reorganizes time or the higher order of the universe.

The Perversion of Correspondence on Earth

Perversion of correspondence. All of the destructive action is present through a negation of the principles of the laws of nature. One layer cannot be disrupted without other layers being influenced.

Secret groups enable people to mutilate themselves in one life for crimes of passion in another cycle, this helps to shed their sins and repair their soul connection. 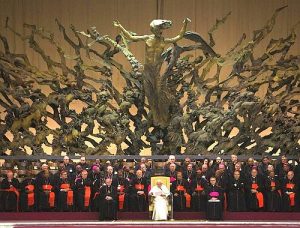 These groups or other secret groups also help others to create crimes of passion so this system is corrupt and feeds on itself like ancient recycling symbol.

The idea is to use the universal system of life and death like a generator or alternator and “tap” into that flowing power in order to use it to gain personal power which is abstract from the original purpose. This is a redirection of the creative cause through a secondary overlay or process.

The Universe can’t die, only people can.  The world can’t end only one’s experience in it can.

The Abomination of Time

This results from the choice of those who first decided to use the nature of things in this world and society to sell out humanity to rape and molest and these groups were approached by dark lords.

Instead of stopping or accepting their fate they developed a plan to try and destroy the world by bringing others down to the same ultimate fate. Thus their own sins and darkness are negligible in a world of sin and darkness.

I know this because I was sent to help this universe and all beings in it. The “underground” people are here to serve a purpose. They devour the energy of those with dark hearts.

Sin can be a play on the wavelength of consciousness one maintains, or to be “without” accuracy, sight, presence of self or vision.

The Disinformation of Hatred

The common disinfo tactic is to get everyone to hate the dark world workers instead of withdrawing from the corruption and helping by correcting the humans that are turning other humans hearts dark to cover their own crimes. Everything is under a series of manipulations many layers deep.

The Broken Law of Correspondence

The broken law of correspondence reflects the abduction of one world goer by the lower.

This, on a wide scale allows for invasion through possession of the mind and with advanced technology, literal physical invasion.

Again, this is no different than one person molesting a person smaller, weaker, and less capable of comprehending the nature of the intentions of the individuals involved. It is seen as the same act on this level, as the act coming from a higher dimensional layer through abduction. It is the same experience.

Ignorance is No Excuse

Supporting mass suffering through the heart marks one’s energy on the spiritual planes.

Cast hate, envy, and greed aside to focus on healing, sharing and coming to self-awareness in a harmonious manner.

As it should be for all whose hearts synchronize with that outcome.
Everyone gets their chance to repair and tell the truth. The darkness cannot touch the honest heart of the pure intent to heal others and the self.

That would be like a bird at the bottom of the ocean or a crab high in the atmosphere.

This is a shadow world of projection, and every action and intention carries a signature on the higher levels. Through advanced technology, everything that occurs can be traced, measured and recorded.

If the negative shadow is formed through intention and action then a counterpart is formed and thus experienced in the underworld.

Image at by John Kenn 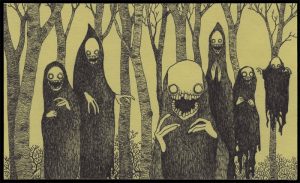 Selfless action, or the highest order, self sacrifice generates one’s light form in the heavenly plane.
Sacrifice of the innocent generates one’s shadow self in the underworld.

Those from Babylon were tricked by their rulers to generate versions of themselves in the underworld through sacrifice in exchange for goods here, the profit-less deal.
Similarly they will have to sacrifice their shadow selves through helping    others to return to wholeness and heaven.

Those of the deity plane would have to sacrifice their heavenly version by coming to the abyssal middle plane for selfish purposes in order to become trapped here.

Through selfless action and intentions to heal they may return and through selfish action and sacrifice of innocence they may find their heavenly versions dying to the heavenly plane.

Selfish Action or Care to the Immaterial Self

The ultimate sacrifice is to use a person for their biological or physical nature without knowing or respecting their immaterial self or identity. For pleasure or for experimentation or for food.
This is the nature of the demon possessed person.
To struggle to worry or move out harmony is to expend ones energy in a sinful or off center manner. Instead of energy cycling back into the source of the intentional realm it will leak into the realm of the opposite or alternate. From higher to lower or lower to higher.

Although one property is that the higher can create energy and so this is unlimited. The lower can destroy energy or waste it into no results and this is the unlimited property of that.

The Lifting of the Veil

My soul energy was placed into the veil, it seems to be lifting now for Earth. I detect time periods altering. What this means is that the last ditch effort of the dark will be to attempt to destroy themselves to avoid being witnessed and shamed.

Detect what spirits are in those around you or even in the air. 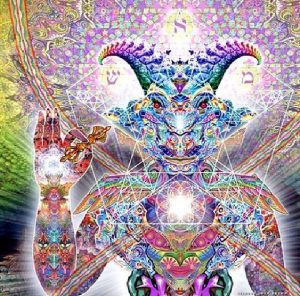 Speak calmly and of a respectful nature. If those spirits are dark, they will flinch and cringe. If they are light, they will be stimulated and glow with self-awareness.

All forms of mass are shadow world projections of the original higher dimensional substance that generates this universe. The original forms have no mass and are of pure energy, not the polarized heat/light representation we have in this universe.

We all have counterparts of this pure awareness body.

While this happens here, the same thing that happened to Babylon will be happening again. The youth will be made to riot, fight and destroy their own system, their own world so that they may feel purposed and accounted for. This is the trick. They will receive suffering and the loss of life in this world as a result. Those who lead the pack will receive a stay in the underworld as the negative energy behind suffering and loss of life and innocence will attach to their auras creating a miasma form or shadow body and this will exchange their energy here with a dark counterpart in the underworld for a cycle of experience of life in that realm.

Those who have been building up to a healing process, and participate in the healing in the midst of the storm will be generating their light body, reducing the miasma (toxic spiritual energy) of Earth, and healing their temporal/astral connection to the higher planes.

The production of suffering is used as a gateway and a layer of psycho-etheric oppression over the entire civilization. We are all connected and so this is a way to suppress the energy of this realm.