THE OXIDATIVE EFFECTS OF WIRELESS RADIATION 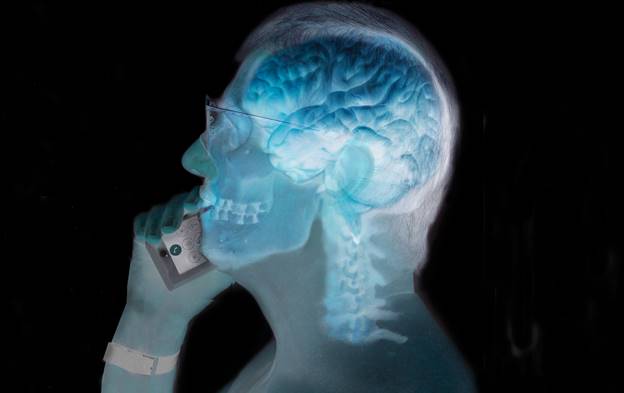 Electromagnetic fields (EMFs) are all around us, even if you live in rural areas. They emanate from power lines, televisions, household electrical wiring, appliances and microwaves, cellphones, cellphone towers and wireless internet connections. Of course in cities one opens their WiFi and see limitless signals penetrating one’s personal space. Some people are very sensitive to EMF and suffer greatly from it.

The Nation published, “The scientific evidence that cell phones and wireless technologies in general can cause cancer and genetic damage is not definitive, but it is abundant and has been increasing over time. Contrary to the impression that most news coverage has given the public, 90 percent of the 200 existing studies included in the National Institutes of Health’s PubMed database on the oxidative effects of wireless radiation—its tendency to cause cells to shed electrons, which can lead to cancer and other diseases—have found a significant impact, according to a survey of the scientific literature conducted by Henry Lai. Seventy-two percent of neurological studies and 64 percent of DNA studies have also found effects.”

The Nation continues and raises the alarm, “The wireless industry’s determination to bring about the Internet of Things, despite the massive increase in radiation exposure this would unleash, raises the stakes exponentially. Because 5G radiation can only travel short distances, antennas roughly the size of a pizza box will have to be installed approximately every 250 feet to ensure connectivity. “Industry is going to need hundreds of thousands, maybe millions, of new antenna sites in the United States alone,” said Moskowitz, the UC Berkeley researcher. “So, people will be bathed in a smog of radiation 24/7.”

“The global rollout of 5G is well underway, and we soon may see new small cell towers near all schools, on every residential street, dispersed throughout the natural environment, and pretty much everywhere. Among the many potential problems with exposure to 5G radio waves are issues with the skin, which is interesting when you consider that this technology is already being used in the military for crowd control purposes.”

“Allowing this technology to be used without proving its safety is reckless in the extreme, as the millimeter waves are known to have a profound effect on all parts of the human body.” Prof. Trevor Marshall, Director Autoimmunity Research Foundation, California

“The plans to beam highly penetrative 5G milliwave radiation at us from space must surely be one of the greatest follies ever conceived of by mankind. There will be nowhere safe to live.” Olga Sheean former WHO employee and author of No Safe Place.

“We simply can’t escape the exposure to this radiation. It’s everywhere. There are so many people using cell phones and wireless connections today that you don’t even have to own a cell phone to be exposed. You’re just as exposed as everyone else. Every time someone makes a call from a mobile phone the signal is sent to a cell phone tower. There are so many calls being made by everyone all around us and now there are so many mobile phone towers in operation, that all of us are caught in the crossfire. It’s like second-hand smoke from cigarettes, except that we can’t get away from it. There simply isn’t anywhere to escape,” writes Lynn Quiring.

Writing back in 2008 Quiring notes, “Today cell phone towers have increased dramatically in number. There are now more than 1.9 million cell phone towers and antenna towers spread throughout the U.S. They are now found on churches, schools and firehouses as well as being seen on the rooftop of buildings everywhere.” 5 G will take this to an entirely new level. We are no better than experimental lab rats except we are allowed to walk freely though all these networks and frequencies with no assurances of saftey.

All of us alive today must worry about oxidative stress. In July 2015, a review of existing studies on radiofrequency radiation (RFR) was published by National Academy of Sciences in Ukraine, Indiana University, and the University of Campinas in Brazil. Based on “93 out of 100 peer-reviewed studies, it concluded that low-intensity RFR [radiofrequency radiation] is an expressive oxidative agent for living cells with a high pathogenic potential, and that oxidative stress induced by RFR exposure should be recognized as one of primary mechanisms of biological activity of this kind of radiation. This explains a range of biological/health effects of low-intensity RFR, which includes both cancer and non-cancer pathologies.”

Low intensity microwave EMFs have been proposed to produce neuropsychiatric effects, sometimes called microwave syndrome. Soviet and Western literature shows that much of the impact of non-thermal microwave exposures in experimental animals occurs in the brain and peripheral nervous system. These may be generated through roles of VGCC activation, producing excessive neurotransmitter/neuroendocrine release as well as oxidative/nitrosative stress and other responses. EMFs act via voltage-gated calcium channel (VGCC) activation.

In a recent scientific study conducted by a team of researchers from Israel, a possible link between microwave radiation, similar to the type found in cellular phones, and different kinds of damage to the visual system was found. At least one kind of damage seems to accumulate over time and not heal.

Killing Off the Human Race Slowly With Oxidative Stress

Oxidative stress (OS) has been identified as one of the many mediators of male infertility by causing sperm dysfunction. Excessive production of free radicals or reactive oxygen species (ROS) can damage sperm, and ROS have been extensively studied as one of the mechanisms of infertility. Spermatozoa are sensitive to OS because they lack cytoplasmic defenses (Donnelly et al, 1999; Saleh and Agarwal, 2002). No wonder sperm counts are crashing the world over.

Oxidative stress is getting out of hand already for many reasons including the increases of cosmic rays because of our weakening sun, continued increases of radiation from multiple sources including never ending nuclear diagnostic tests, Fukushima and other sources. 5 G will make matters worse.

A study from Israel’s Tel Aviv University, examined people living near a cell phone transmitter station for 3-7 years. The results were startling. Out of the 622 exposed patients, eight cases of different kinds of cancer were diagnosed in a period of just one year (July 1997 to June 1998): three cases of breast cancer, one of ovarian cancer, lung cancer, Hodgkin’s disease (cancer of the lymphatic system), osteoid osteoma (bone tumour) and kidney cancer. The relative risk of cancer was 4.15 for those living near the cell phone transmitter compared with the entire population of Israel. Women were more susceptible. As seven out of eight cancer cases were women, the relative cancer rates for females were 10.5 for those living near the transmitter station and 0.6 for the controls relative for the whole town of Netanya.

In her extraordinary article The Radiation Poisoning of America, by Amy Worthington, we find that studies confirm that non-ionizing communications radiation in the RF/microwave spectrum has the same effect on human health as ionizing gamma wave radiation from nuclear reactions. Leading German radiation expert Dr. Heyo Eckel, an official of the German Medical Association, states, ‘The injuries that result from radioactive radiation are identical with the effects of electromagnetic radiation. The damages are so similar that they are hard to differentiate.”

Amy Worthington writes, “Because gamma waves and RF/microwave radiation are identically carcinogenic and genotoxic to the cellular roots of life, the safe dose of either kind of radiation is zero. No study has proven that any level of exposure from cell-damaging radiation is safe for humans. Dr. Carlo confirms that cell damage is not dose dependant because any exposure level, no matter how small, can trigger damage response by cell mechanisms.”

A study by Dr. Bruce Hocking in Australia found that children living near three TV and FM broadcast towers (like cell towers) in Sydney had more than twice the rate of leukemia than children living more than seven miles away. According to the Mount Shasta Bioregional Ecology Center, “Studies have shown that even at low levels of this radiation, there is evidence of damage to cell tissue and DNA, and it has been linked to brain tumors, cancer, suppressed immune function, depression, miscarriage, Alzheimer’s disease, and numerous other serious illnesses.”

Gabriel Cousens writes, “It is already clear from over 10,000 studies on 2G, 3G, and 4G that these wireless network radio frequency (RF) radiation network systems are causing significant acute and chronic health problems, including life-threatening diseases such as cancer, heart disease, type-2 diabetes, and mental disturbances, such as depression, anxiety, and increased suicidal tendencies.”

However EMFs are not the only thing increasing oxidative stress. Oxidative stress increases significantly when we are either physically and/or emotionally stressed out. This is something to worry about with stress and anxiety going off the charts in the age of Trump, and for sure its not all his fault. One easy way to acess this problem is by looking at the quality of our sleep and heart rate variability (HRV), which offers the best measurment of our stress.

Oxidation increases when we are exposed to toxins, and infections. It is also increased by sugar and chemicals, so the more you can minimize your exposure to these things, the better.

Runner up to hydrogen is glutathione and even properly made coffee can help as well as an excellent diet and supplements high in antioxidants.  Also meditation, yoga and other forms of soft exercise including walking. PEMF is another important way but hydrogen, because of its small size offers us the perfect antioxidant because it turns the most offensive free radicals into water.

Dr. Mark Sircus, Ac., OMD, DM (P) (acupuncturist, doctor of oriental and pastoral medicine) is a prolific writer and author of  medical and health-related books. Dr. Sircus’s methods are based on medical science and long years of clinical experience, not only his own but experiences of doctors from around the world who have been practicing brilliant medicine.

His books are heavily referenced, but the layperson finds little difficulty in understanding his presentation of medical topics. For many years Dr. Sircus has been researching into the human condition and into the causes of disease; he has distilled many of the divergent medical systems into a new form of medicine that he has coined Natural Allopathic Medicine.