The Psychology of Power – How to Dethrone Tyrants 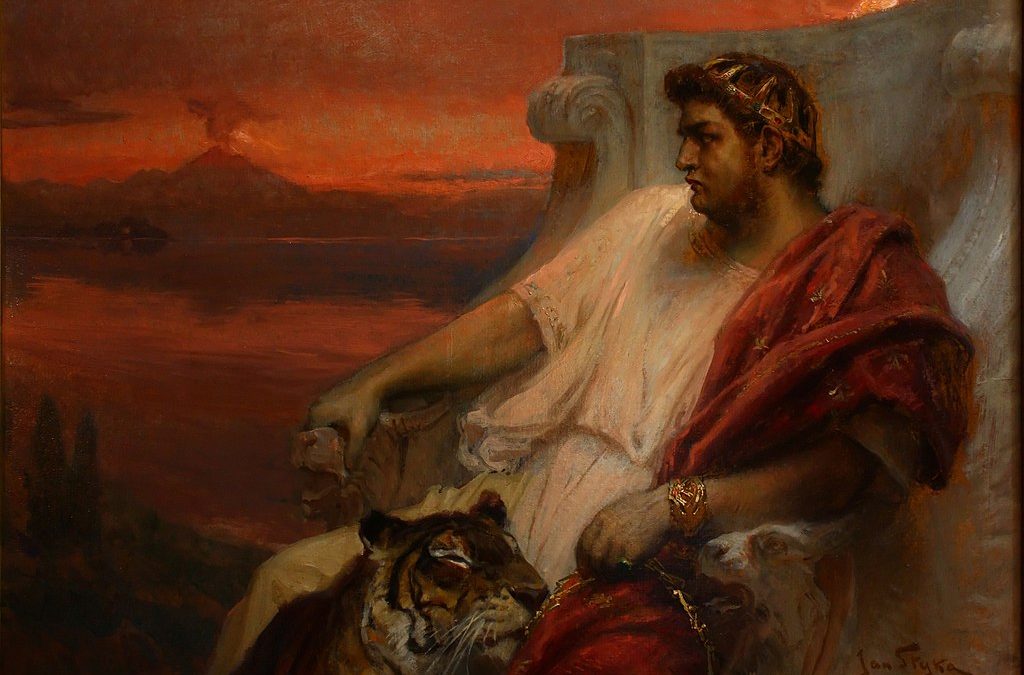 The Psychology of Power – How to Dethrone Tyrants

“Neither necessity nor desire, but the love of power, is the demon of mankind. You may give men everything possible health, food, shelter, enjoyment but they are and remain unhappy . . . for the demon waits and waits; and must be satisfied. Let everything else be taken away from men, and let this demon be satisfied, and then they will nearly be happy as happy as men and demons can be. . .”

“Power corrupts.” (Lord Acton) “Power is endlessly seductive.” (Robert Greene) “Power developed to its utmost is happiness.” (Nietzsche) Power has been many things to many people, but one thing is certain: whether we admit it or not we all desire power and how we satiate this need, or fail to do so, greatly influences the course and quality of our life. In this video we explore the nature of power and we discuss how the games of power that define modern societies are rigged in ways that favour tyranny at a social level and mental illness at an individual level. 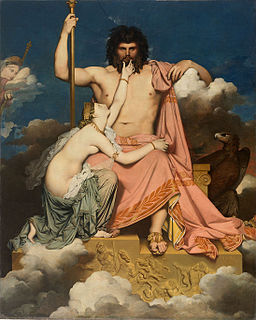 The 20th century mathematician and philosopher Bertrand Russell defined power as “the production of intended effects.” Power, in other words, is the ability to cause deliberate change to the conditions of the world so as to bring them more in line with one’s needs and desires. Power is thus a value neutral force. It can be used in the service of life-promoting ends or it can be used for destructive purposes. But to judge an expression of power as good or bad, the ends aimed at are not the only criteria to consider as in most acts of power other people play an important role as the means in the achievement of our ends, or as the psychologist Silvano Arieti explains:

“If a man relied only on his own ability to satisfy his desires, power would be a synonym for personal ability. Any achievement would be the result of one’s performance, but this is seldom the case. In order to bring about intended effects, people need other people; they must exert an influence on them so that the latter will help attain the desired results.”

Influence over others can take immoral forms such as through the use of force, domination, coercion or manipulation, but we can also influence people in value positive ways such as through an appeal to truth, the setting of a good example, or by making others aware of how their interests align with ours. While each of us has the ability to choose the ends we aim at and the means we use to attain our ends, what is not under our control is our desire for power. For power is among the most fundamental of our needs or as Nietzsche explains:

“Every animal. .instinctively strives for an optimum of favorable conditions under which it can expend all its strength and achieve its maximal feeling of power; every animal abhors, just as instinctively . . . every kind of intrusion or hindrance that obstructs or could obstruct this path to the optimum [of power]”.

Nietzsche, On the Genealogy of Morals

The ability to express power promotes survival in a world full of threats and it helps create a life worth living in a world that can bog us down with suffering and boredom. It is the ultimate antidote to what Carl Jung calls “the eternal experience and the eternal problem of mankind”, namely “our helplessness and weakness” (Carl Jung, Archetypes and the Collective Unconscious), and thus power is needed if we are to flourish. Without power we stagnate, with power we venture out into the world in active pursuit of what we need and want. We can deny our will to power, or our will to power can be crushed by external forces, but as Jung notes when an impulse as strong as our will to power is thwarted we suffer:

“[We] may be able to suppress [an impulse], but [we] cannot alter [its] nature, and what is suppressed comes up again in another place in altered form, but this time loaded with a resentment that makes the otherwise . . . natural impulse our enemy.”

While our desire for power is rooted deep within our nature, power differs from our other biological needs in that it is not self-limiting. Too much food or drink produces illness, too much sex produces disgust and we can only sleep for so long before our body forces us awake. But as Arieti explains in his book The Will to Be Human:

“…the drive for power is potentially endless and boundless. Some people in search of power cannot conceive any limitation to it. Such people as Alexander the Great and Napoleon could have had all the wealth and sex they wanted in the early period of their political life, but they continued to seek more and more power.” 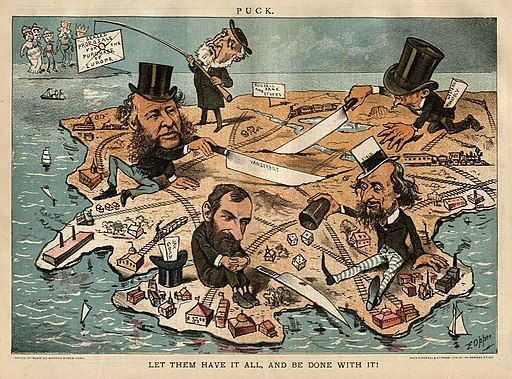 That mankind’s thirst for power is for all practical purposes limitless presents a problem, for while each us needs a modicum of power to properly function and while power is the force that leads to the achievement of great feats, too much power, especially when expressed in the social or political realm, can easily corrupt. If a society is to flourish, therefore, there must be rules, norms, customs and social institutions that help channel the expression of power in life promoting ways and that limit the accumulation of too much social or political power in the hands of any one person or group. In most modern societies the opposite situation prevails. Immense power is being centralized in the hands of statist and globalist institutions and the wielders of this power are now using it in ways that inhibit the ability of the rest of us to cultivate our power in socially cooperative and individually enhancing ways.

“But to the extent that government is strong,” writes Leopold Kohr “the individual is weak, with the result that even if his title is citizen, his position is that of subject.”

As a population we have been divided into two classes: there are the ruling elites who believe they should have the power to control the world, while the rest of us are being conditioned to believe that we shouldn’t even have the power to control our own lives. This is a perilous situation which if not corrected for could result in us being a generation forced to endure a brutal reign of tyranny, for as George Orwell wrote:

“We know that no one ever seizes power with the intention of relinquishing it.” 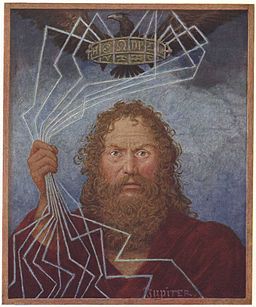 So what is the solution to this challenge we face? Some claim that love will save the world, but tyrants are not moved by such feelings. Others claim that the truth will set us free but as Nietzsche recognized truth alone is never enough:

“Truth in itself is no power at all…Truth must either attract power to its side, or else side with power, for otherwise it will perish again and again. This has already been sufficiently demonstrated, and more than sufficiently!”

In the end only power thwarts power or as Frederick Douglass wrote: “Power concedes nothing without a demand. It never did and it never will.” If a society is to escape the grip of tyrants, power must be brought to the side of freedom. But the type of power needed to accomplish this feat is not the same as the power that backs tyrants as more people cultivating the ability to dominate, manipulate and coerce others, will only lead to one group of tyrants being replaced by another. Tyrants are defeated by more people cultivating their personal power and then using this power to live in a free manner and to resist the chains of tyranny. 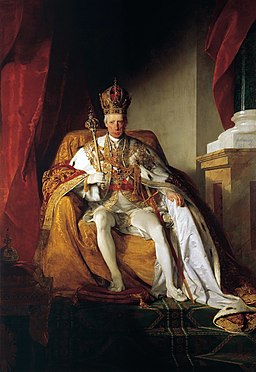 How is this life-promoting power cultivated? Through the process of self-realization which according to Jung “represents the strongest [and] most ineluctable urge in every being” and which “is a law of nature and thus of invincible power.” (Carl Jung, Archetypes and the Collective Unconscious) To self-realize is to actualize our potentials, to cultivate our skills, to adapt to the outer world, and to bring harmony to our inner world.

“Every individual needs revolution, inner division, overthrow of the existing order, and renewal, but not by forcing them upon his neighbours under the hypocritical cloak of . . .the sense of social responsibility or any of the other beautiful euphemisms for unconscious urges to personal power. Individual self-reflection, return of the individual to the ground of human nature, to his own deepest being with its individual and social destiny – here is the beginning of a cure for that blindness which reigns at the present hour.” 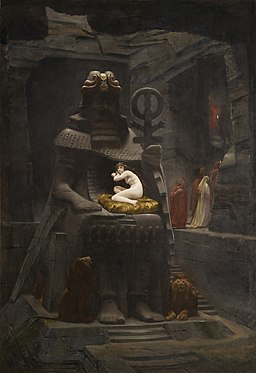 Many people spur the call to self-realize as they question how personal development can help change a world descending into chaos. But such a perspective overlooks the fact if tyrants are to thrive the masses must be weak, as tyrants, and those who benefit from their rule, are always but a sliver of the population and so lack the personal resources to exert widespread control over a population of strong men and women. If, therefore, enough of us cultivate our personal power through self-realization and in the process become more effective in all realms of life, the weakness on which the tyrants’ prey will replaced by the self-reliance upon which the power of tyrants dissolves. Each of us who re-claims the power to control our own life is one less person tacitly supporting tyranny and when enough of us take this step a peaceful transition to a freer world becomes possible. For as Etienne de La Boetie noted nearly 400 years ago tyrants can be dethroned without any use of force, and without the need for prolonged strife, so long as enough people desire freedom and have the strength and inner fortitude to practice non-compliance and civil disobedience and to resist commands that are immoral and contrary to the functioning of a free and prosperous society.

“From all these indignities, such as the very beasts of the field would not endure, you can deliver yourselves if you try, not by taking action but merely by willing to be free. Resolve to serve no more, and you are at once freed. I do not ask that you place hands upon the tyrant to topple him over, but simply that you support him no longer; then you will behold him, like a great Colossus whose pedestal has been pulled away, fall of his own weight and break into pieces.”

Some may think that time is still on our side, and that if things get really bad, enough people will then take the appropriate stand on the side of freedom. But to take this passive approach is to flirt with danger. For one of the most important lessons of the 20th century is that when totalitarianism is unleashed on a population it proves very difficult to internally dislodge. Unless we are vigilant in protecting our freedoms they will be taken from us for as Voltaire noted “So long as the people do not care to exercise their freedom, those who wish to tyrannize will do so.”

Aleksandr Solzhenitsyn in a footnote to Volume 1 of The Gulag Archipelago expressed the profound regret that he, and his fellow Soviet prisoners, felt for their lack of action in the early days of communist rule and the following passage should serve as a warning to us all:

“If…if… We didn’t love freedom enough. And even more – we had no awareness of the real situation. We spent ourselves in one unrestrained outburst in 1917, and then we hurried to submit. We submitted with pleasure! … We purely and simply deserved everything that happened afterward.”