The Push For Mandatory Vaccines Is Galvanizing A Resistance Movement 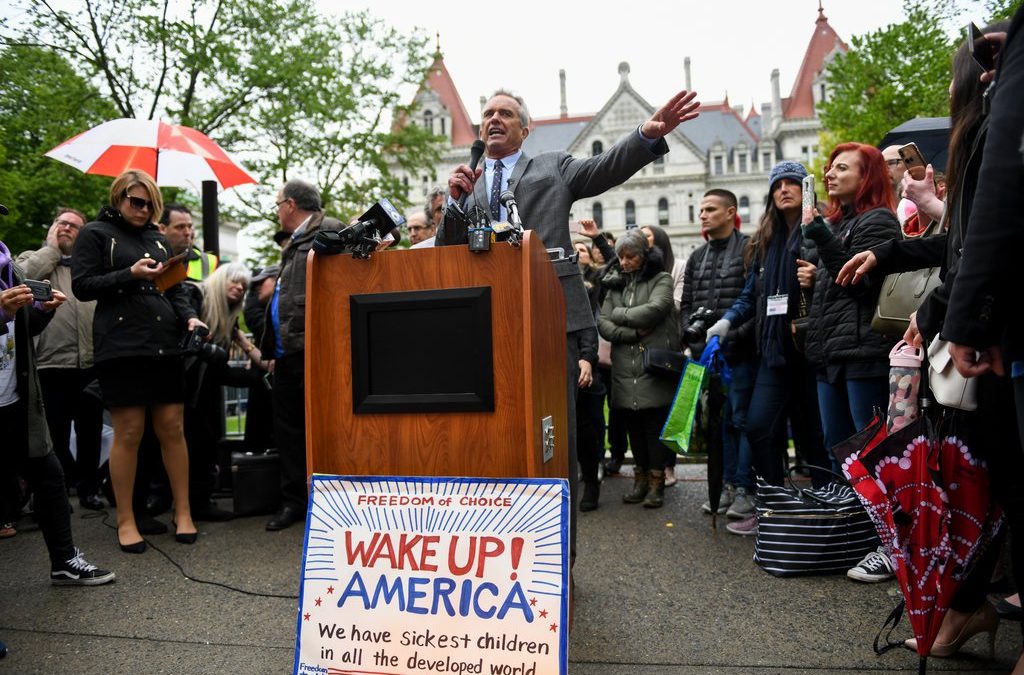 The Push For Mandatory Vaccines Is Galvanizing A Resistance Movement

The push for mandatory vaccines seems to be gaining momentum in the United States. To be more precise, states are beginning to look more at removing exemptions which currently allow non-vaccinated children to attend school. As per the CDC, each individual state has vaccination requirements for daycare and school entry that often apply not only to children attending public schools, but also to those attending private schools and daycare facilities. All states provide medical exemptions, and some state laws also offer exemptions for religious and/or philosophical reasons. State laws also establish mechanisms for enforcement of school vaccination requirements and exemptions.

In the latest episode of The Collective Evolution Show on CETV, Joe Martino and I examine the push for more stringent mandatory vaccines laws that are arising in several state legislatures. The clip below is the first segment. You can watch the full episode by signing up for a free 7-day trial on CETV.

Very much in the news has been California’s Bill SB276. As mentioned, the new law puts medical exemptions under the authority of the government rather than doctors. The popular resistance to this was significant, and because of pressure put onto Senator Richard Pan, the sponsor of the bill, as well as Governor Gavin Newsome. At Newsome’s request, a tag-along companion Bill SB714, which made some concessions to protect existing medical exemptions, was also signed into law with the passage of SB276.

With SB276 becoming law, a strong contingent of citizens have been galvanized to stay together and fight to reverse the impact of this bill, which, in combination with earlier changes that removed religious and philosophical exemptions in California, forces parents in California to have their children fully vaccinated if they are to go to public or private school. Robert F. Kennedy Jr. gave a rousing speech right after the bill was passed into law, and certainly gives rise to the belief that opposing mandatory vaccinations is the new civil rights movement in the United States, one which RFK Jr. underscored as ‘the most important battle, probably, in human history.’

In Maine, LD798 recently passed into law. It removes ALL philosophical and religious exemptions for vaccines and will potentially impact 8000 children in the state as far as their inability to go to school until they are fully vaccinated. However, after the legislation passed, a group entitled ‘Mainers for Health and Parental Rights’ was formed and organized to enact a ‘People’s Veto’ on this law, described below:

The people’s veto is a constitutional provision (Art. 4, Pt.3, §17) that allows the citizens of Maine, through the initiative and referendum process, to repeal a piece of legislation passed by the legislature. The people’s veto came into being as part of the initiative and referendum process enacted in 1909.  To repeal a particular piece of legislation, a petition must be presented within 90 days of legislative adjournment and meet the signature requirements of any initiative proposal.  If the petition is certified, the law is set aside until the issue can be voted on at the next election.

The requirement was that 64,000 signatures of Maine Voters (of which there are just over 1M in the state) needed to be collected within 90 days of the legislation being passed. On September  16th, the group presented almost 93,000 signatures to the government, which represents the herculean effort of getting consent from almost 10% of voters in the entire state! This ensured that the law would be set aside until elections next March, where LD798 will be on the ballot for the people of Maine to vote upon.

If we are to evolve, we must walk through our darkness rather than avoiding it. Complementing the internal work of examining our personal shadow, conscious activism involves the collective external actions that confront the darkness of humanity, where we stand firmly for what we believe in.

As we work to awaken our fellow human beings to the notion that the government and the corporations do not work in our self-interest, the momentum that these movements create could not only empower us within the political process, but more importantly help us in stepping away from the current political system entirely.

It is the world’s first and only conscious media network streaming mind-expanding interviews, news broadcasts, and conscious shows.

Click here to start a FREE 7-Day Trial and watch 100’s of hours of conscious media videos, that you won’t see anywhere else.