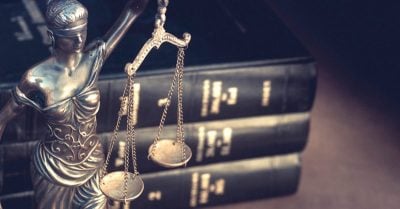 These questions beg the questions: What does ‘authority’ mean? Who decides what ‘human rights’ are? And what do these terms mean in practice?

And what is a ‘law’? That is to say: differentiating law in the sense of pertaining to the legalities of courts and enforcement of human laws in society, from laws in the sense of observable patterns in phenomena of the natural world belonging to scientific disciplines such as physics.

In the ‘normal’ course of events, before the continuing saga of Covid, the Great Reset, and the ever-variable parade of ‘new’ normals, most people did not give these questions much thought. Normality and morality were more or less taken for granted in our busy day-to-day lives.

Normally ‘the state,’ as usually thought of, has the prerogative, the ‘right’ to make laws, and to enforce them—force being also the prerogative, the right, of the state. The presumably legally, fairly, democratically installed and enthroned apparatus of a state acts, rules, making rulings and laws, with the consent of those it rules over: those it ‘governs.’ The whole collective shebang is, through long and sometimes tedious customary usage, known as ‘The Government.’

Now, it seems, all these customary and usually unquestioned usages are thrown into question. Just as ‘questioning the authorities,’ ironically enough, is being declared an illegality.

So does not only questioning the legality of state edicts, but also the very legality of the state itself illegal?

The right of the state to ‘rule over us,’ as those brought up in Britain sing of our Queen, has for many of us almost the force, logic and gravitas of the law of gravity. But for many, this ‘right’ every day seemingly becomes more and more illegitimate.

What is a state without legitimacy in the eyes of the people it purports to govern? Does it become a ‘rogue state’?

This is a vital question for historians and legal scholars as, almost unbelievably in Canada, the land of ‘peace, order, and good government’ teeters on the edge of becoming a police state, seemingly about to throw all pretence of democratic process out the window.

Dictators of the past have begun with the mantle of legitimate democratic rule draped over their shoulders, but ended by ruling by decree, by diktats ruled only by the whim of the dictator.

Is this where we find ourselves now? Are we to follow the path, enshrined in infamy, well-trodden by the likes of historical dictators of the tyrannical kind?

For myself, this is a close encounter devoutly not to be wished.

Note to readers: Please cshare. Follow us on Instagram, @globalresearch_crg. Forward this article to your email lists. Crosspost on your blog site, internet forums. etc.

S.M. Smyth was a founding member of the 2006 World Peace Forum in Vancouver, and organized a debate about TILMA at the Maple Ridge City Council chambers between Ellen Gould and a representative of the Fraser Institute.

India: Violations of the Right to Food and Work Rampant Across the Country, Made Worse by Aadhaar
The original source of this article is Global Research
Copyright © S. M. Smyth, Global Research, 2022

GlobalResearch Center for Research on Globalization