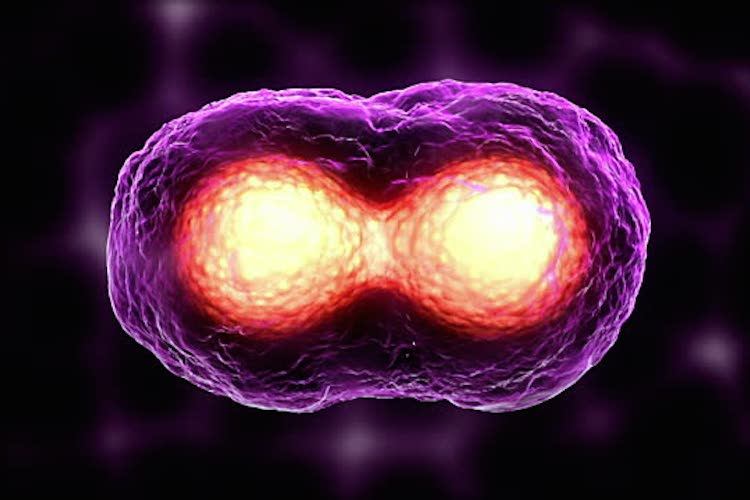 Sound healing is not a ‘new’ method of healing. It’s been around since at least the invention of the Royal Rife frequency machine. Ancient indigenous cultures including the Egyptians, Tibetans, Sumerians, Aboriginals, etc. understood the power of vibration more than 5,000 years ago for treating a whole handbag full of illnesses.

Technological sound healing devices began appearing in 1928 when German scientist Erwin Schliephake discovered that sound accelerated healing, but the use of gongs, symbols, bowls, crystal, and even the Great Pyramids of Egypt also provided advanced sound healing before these inventions were introduced.

Rife is credited with being one of the most forward thinkers in the 20th century because he discovered a cure for cancer simply by using vibrational energy – or sound frequencies. He talks about it extensively in his book, “The Cancer Cure That Worked.” His work was a re-discovery of ancient mathematical principles of sound.

Rife, Hulda Clark, John Crane, Tesla (discover of the phase conjugate wave), and numerous others however, were silenced most recently due to the FDA, competing interests in the profitable radiation and chemotherapy industries, and the general undercurrent of keeping people sick and tired so that they cannot experience a fully realized life. What, if any, methods of sound therapy have passed through this wall of oppression since the time of Rife?

There’s an old parlor trick that would entertain any among us, including the young man who figures it out all on his own in the YouTube video below. By using resonate frequencies, he is able to break a glass with only his voice. This phenomenon works in more grandiose ways as well, from damaging bridges, to killing cancerous cells and deadly, antibiotic resistant bacteria, yet it is still not a common practice offered when you visit your doctor for an annual check-up. Why?

First, let’s look at what sound, resonance and frequencies outside of a medical application can do.

Harmonic oscillation – the movement of sound waves, can happen to such a specific degree that the integrity of large structures is compromised. This oscillation must happen at a resonant frequency though – and these frequencies can be used to either heal or hurt. They can both support the human body by matching its natural vibration, or tear a bridge apart and cause it to fall into the river below.

You can also understand this phenomenon more completely by watching this:

This brings us to the work of Anthony Holland, a music professor who had a twin interest in biology. His work in resonant frequencies led to the opening of a cancer lab to test what would happen to cancer cells when they were blasted with certain sound waves.

To briefly summarize Holland’s work, he discovered that cancer, including leukemia, uterine and breast cancer, and even MRSA (the antibiotic resistant strain of bacteria responsible for numerous deaths) is easily destroyed at frequencies between 100,000 Hz and 300,000 Hz. In targeted, lab tested experiments, he was able to show actual cancer cells being destroyed by resonant frequencies.

You can see this happening in the video below:

Then there is the work of Dr. Neal Kassell who is a strong supporter of focused ultra sound therapy, a non-invasive method of sending ultrasound waves into a specific place in the body to heal benign tumors, reverse Parkinson’s and even reduce depression and other seeming unlikely candidates for the therapy.

Focused ultrasound is the “FDA-approved” version of some earlier discoveries in sound therapy. It marries:

You can think of this sound delivery method like using a magnifying glass to focus beams of sunlight onto a leaf to burn a hole into it, only in this case, it isn’t light that is being focused, but ultrasound within a target in the body. Depending on the acoustic lens that is used, the target can be as small as 1 X 1.5 mm.

They plan to deliver antibodies directly to the brain.

The problem with either of these therapies is that they are still on a snail’s pace when it comes to availability to the general public. Though sound therapy isn’t demonized as it was in the time of Rife and Tesla, research into how it works is still slowed by a medical field that is practicing barbaric medicine funded by interests who originally stifled the emerging discoveries of sound therapies’ first pioneers.

Places like the Globe Institute come under the scrutiny of even neuroscientists who are exploring this field to understand if influencing brainwaves can cure cancer, Alzheimer’s, Parkinson’s and more. But while researchers do not dismiss the Globe Institute’s methods outright, they’re highly skeptical. There are few clinical studies with rigorous controls which back up the claims, but thousands of years prove that sound can heal just about anything.

While we can look to the most recent evidence provided by individuals who are able to break through the wall of silence to keep sound therapies from becoming the norm, we can also look to our ancient “healers.”

Here’s what we already know: All cells emit sound as a result of their metabolic processes. There is an interaction between the cells own “song” and those imposed by the environment, including those applied by sound healing devices. The resonance principle relates to the cellular absorption of the healing sounds and/or their harmonics. In sound healing, resonance principles are employed to re-harmonize cells that have been imprinted with disruptive frequencies.

Such troublesome imprints may have been a result of toxic substances, emotional traumas, pathogens, or long-term exposure to noise pollution. They could also have been purposefully insinuated into a person in order to weaken their form.

The solution, then, is to replace these disruptive frequencies with harmonious ones. Instead of destroying bridges, we build them, with a harmonic wave that reaches right into the cellular structure to support its life – and as a result, our health.

Christina Sarich is a staff writer for Waking Times. She is a writer, musician, yogi, and humanitarian with an expansive repertoire. Her thousands of articles can be found all over the Internet, and her insights also appear in magazines as diverse as Weston A. Price, Nexus, Atlantis Rising, and the Cuyamungue Institute, among others. She was recently a featured author in the Journal, “Wise Traditions in Food, Farming, and Healing Arts,” and her commentary on healing, ascension, and human potential inform a large body of the alternative news lexicon. She has been invited to appear on numerous radio shows, including Health Conspiracy Radio, Dr. Gregory Smith’s Show, and dozens more. The second edition of her book, Pharma Sutra, will be released soon.

This article (The Science of Curing Cancer and Other Diseases with Sound and Resonant Frequencies) was originally created and published by Waking Times and is published here under a Creative Commons license with attribution to Christina Sarich and WakingTimes.com. It may be re-posted freely with proper attribution and author bio.

Disclaimer: This article is not intended to provide medical advice, diagnosis or treatment. Views expressed here do not necessarily reflect those of Waking Times or its staff.