The Strength of The Wolf 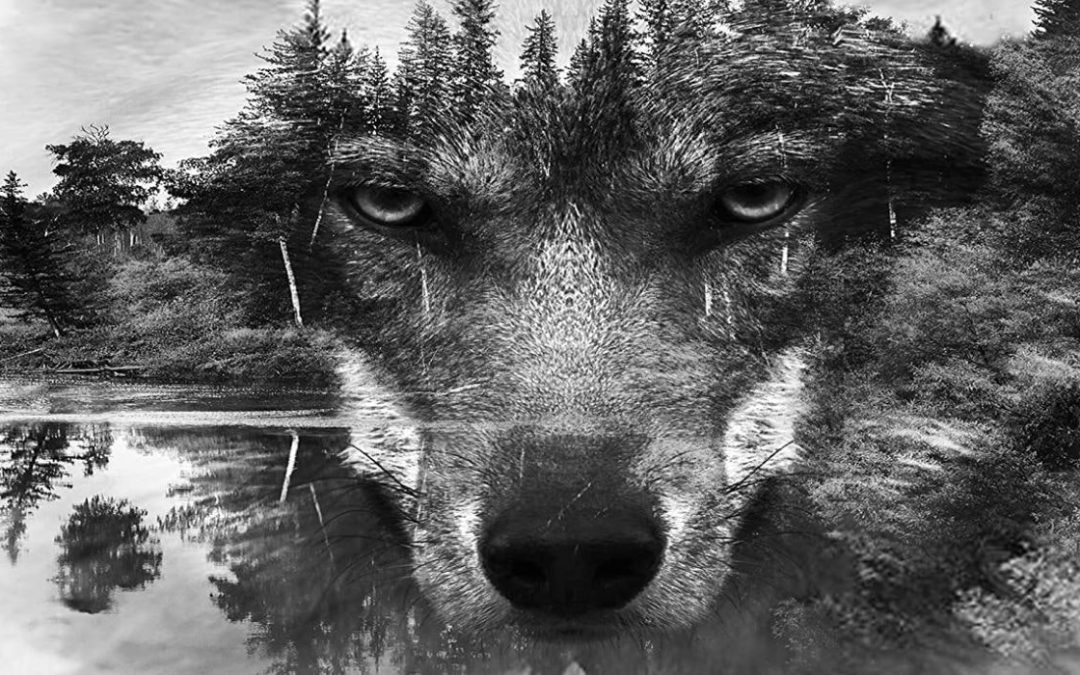 The Strength of The Wolf

Reevaluating relationships in our post-plandemic world.

The Law For The Wolves
— Rudyard Kipling

The world is changing fast. Most people can’t keep up.

How many friends do you see that have kept up?

How many friends do you see, who if you sat down and talked about the past two years would say without hesitation it was all a complete scam engineered to give more power to governments and to test how obedient and subservient populations would be?

How many friends would call it a depopulation event? A dress rehearsal for what Bill Gates publically calls the “next one”?

He says the “next one” will be far worse. He would know.

How many friends wouldn’t soil themselves if out of the blue you said at a dinner party, “You know Jim and Sally, don’t you find it astonishing that Gates, Daszak, and Fauci still aren’t swinging from piano wire at the Jefferson memorial? Yeah, I’ll go check on the beyond brisket.”

There are friends and then there are passing friends. For nomads and expatriates, a trail of both is left behind in each city passed through over the decades. It’s easy to make them by joining some sports club or showing up regularly to pub trivia or poker rooms, though most of the younger generations simply prefer to swipe right. Once moving on to the next city, few nomad friends stay in touch.

There are friends who are “besties” or BFFs who by middle school are a passing “hey”, and those BFFs in middle school become the same by High School and so on until there is only a handful that survives the torrid changes from a decade of adolescence and young adulthood.

There are friends who belong in the wolf pack and friends who still send Christmas cards to show how great they’re doing in their silly knitted sweaters once a year but offer little else.

Wolf packs are real friends in the true meaning of the word. The ones who will be there at four in the morning, at a moment’s notice if shit hits the fan. Everyone who wants to navigate the minefields of Agenda 30 should be part of a wolf pack in a community that will rally together when things get challenging and provide the support systems needed for survival. This shouldn’t be considered doomsday prophesizing advice any longer. If you’ve been paying attention you’ll know this is just common sense now. 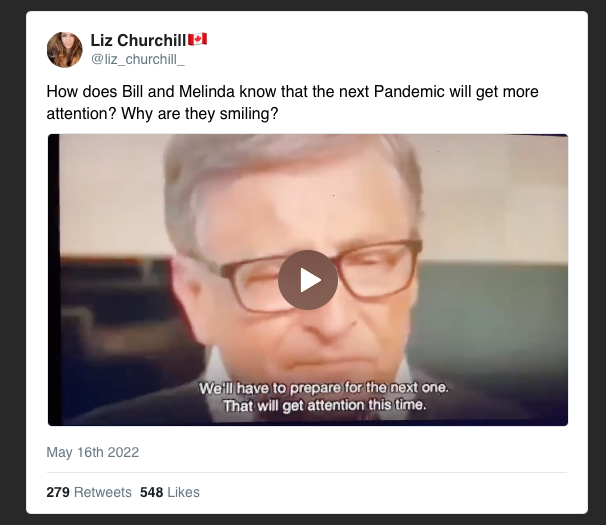 Five fathoms below the wolf pack are the friends most of us still consider, though we shouldn’t for much longer. These are acquaintances and those Facebook friends. Neither holds much real-world value beyond occasional digital performing and applauding, and that will have no purpose at all soon beyond last-ditch efforts to network or crowdsource problem-solving that can’t be resolved inside one’s community, like finding a specific baby formula. Only those who aren’t prepared would need the help of long-lost acquaintances on digital networks to locate something important for the survival of their children.

Our conceptions of friendship have changed significantly in recent decades. Relations grew distant for most. What once required a meeting at a restaurant or cafe could be dealt with in a fraction of the time with a few clicks of a mouse or touches of a screen. Performative actions on social media became acceptable interactions for most people, with the occasional Whatsapp SMS or DM and promise to “get together soon.”

There was no need to get truly honest feedback on our personal lives in face-to-face interactions that don’t lie when a few dozen likes and comments “Amazing!” were enough satiating reinforcement. These censorious networks are simply a series of time-wasting self-aggrandizing pursuits for ego inflation and neurotransmitter release. They have no future value as systems of herding behavior and mass surveillance. Not for individuals who value liberty and autonomy.

For many people, friendships were always a market-based bargain on what returns they would get for their time, attention, and investment in the other person, even subconsciously. What was no longer satisfying in exclusivity could be recovered in more significant numbers of friends and larger quantities of shallow and dishonest digital feedback.

Those “once upon a time friends” that were revisited every few years in high school yearbooks reappeared magically in the late Aughts in the form of friend request alerts on Facebook, and they more or less lingered and surveilled for a decade until recent years when the most politically astute began to disappear.

When pack meets with pack in the jungle, and neither will go from the trail, Lie down till the leaders have spoken; it may be fair words shall prevail.

How many Facebook friends do you still see around who would still be appalled at the suspension of basic civil liberties for a virus with a 99.6% survival rate? For the intentional government incentivized murder of nearly a million Americans through Fauci protocols of Remdesivir and Ventilators while intentionally subverting effective early treatments?

How many would know about tower seven, that the Spanish flu was really bacterial pneumonia caused by Rockefeller’s mass vaccination campaign, that FDR allowed the attack on Pearl Harbor, or that Tim McVeigh didn’t bring down the federal building in Oklahoma City alone, or that the U.S. government attacked its own citizens with anthrax?

Any of those profiles who would be tuned in or red-pilled were all likely banned from the platform long ago. Even a little truth amongst “once upon a time friends” is too much for the information gatekeepers.

The more relevant question regarding that platform is why the hell would anyone still be on Facebook?

As with those “once upon a time friends” who digitally showed up in feeds, only to be culled from the platforms for not echoing the mindless borg, there are those once-a-month leisurely country club friendships that also won’t have much to offer in the world we’re racing toward.

The world’s getting harsh by design and only the tough and sharp survive harsh worlds. You can’t sharpen a knife against that soft leisurely country club life of luxury on-demand and excess a-la-carte. Luxuries and leisure will need to be reconsidered for pragmatism and preparation in service of the only relevant question for those concerned with weathering the political and economic engineered storms: What hardships are they planning next?

High food prices, energy inflation, currency inflation, economic stagnation, fake meat, bug platter TV dinners, and the tiny home “revolution”, among a hundred others like surveillance apps, Central Bank controlled digital currencies, and QR code passports, they’re herding people toward the world they want based on their completely misguided belief in overpopulation and limited resources. The agenda is clearly depopulation and forcing people to live with little to nothing.

To get there they need to engineer behavioral and consumer changes and none of it involves choice, liberty, or any of the values even moderately free people valued through history. The best time for preparing to meet the hardships they’re creating was over the last decade, the next best time was yesterday and the third-best time is right now.

That includes sorting through black books and making difficult decisions about friendships and relationships. It’s not just the people we keep close who will matter, but the communities that surround us, that we actively choose to join.

When ye fight with a wolf of the pack ye must fight him alone and afar, Lest others take part in the quarrel and the pack is diminished by war.

The optimal location (stateside) will be in a state with low compliance for the medical theatre of the past two years and a low tolerance threshold for all the engineered madness. Florida, Arizona, Texas, Wyoming, and South Dakota come to mind first, though there are a half dozen others. Governors and local representatives who are not affiliated with global technocratic organizations like the World Economic Forum will be essential. Those who believe in the constitution and the rule of law may provide shelter from the coming storms. The most important tier will be at the county level. Mayors and Sheriffs with strong noses for social engineering bullshit, and a zero threshold for federal bureaucratic meddling will provide a nearby bulwark to the insanity.

Find that local sheriff who didn’t enforce mask mandates, who didn’t dole out fines or force his or her deputies to get the clot shots. Find that community that will reelect them or someone like them. The best locations will be mostly rural, with people distributed across an area with many homesteaders and small farmers. They should be fearless, powerful, armed, resourceful, gritty, and willing to die to keep their family and communities free. These are the people who will form the most effective wolf packs.

All the rest who occupy someplace in our lives outside our immediate families and the wolf pack are just chaff.

Those friendships that have survived and thrived over the decades are the most difficult to let go of, and no matter how hard it can be, those too need to be reevaluated. Distance, time, echo chambers, mass psychosis, it’s possible they’ve slipped away, down a different destiny and there’s no way to recover them. Take their temperature. Gauge their sociopolitical situational acuity and make the hard choices if needed. The Matrix might have them now, and that grip is tight, almost impossible to break. When the government starts leaning on citizen informers, these people will not be your friends. Survival requires looking after ourselves and our own and letting go of weaker links.

In the past, there were moments in life when we had a choice to make regarding a relationship with another person. We invested a lot of time and emotion in evaluating relations. In that instant of “break ups” things could turn from uncertainty to elation, or elation to pain and hurt and possibly a lifetime of regret. That was then. Times have changed.

There’s no time for emotional attachment, sentimentality, or regret. There’s no point in regretting the loss of friendships that are no longer worth managing. It’s a time for pragmatism and survival. For cool detachment. It’s time to cull the sheep from our lives, the extra baggage that isn’t worth the effort and upkeep or having to pretend to be a dupe like them when they’re around. There’s no time for indulging their petty gossip, managed narratives and fables, and inconsequential frivolities.

Despite our noble efforts, some people can’t shapeshift from sheep to wolves, and so we must let the Matrix eat them. If it’s sheep you want in your life you can always go to an animal auction and buy some and at least they produce something useful for your new world.

What’s needed now to survive the fourth burning and the flying jabs of global management’s technocratic dystopic agenda is a solid wolf pack. If at least to howl together that beautiful wild and free howl that says to these meddling psychopaths, “We will not comply. Come and make us.”

And a wolf pack is no place for sheep.

With the wild wolves around you
In the morning, I’ll call you
Send it farther on

Do your part to flatten the herd.
Get your Good Citizen clothing so your government knows you’re “doing your part” for the “common good” by being dumb and blind.

Get 10% off with code GOODCITIZEN at Forbidden Clothes.