THE SUN IN YOUR HEART IS SHINING BRIGHT 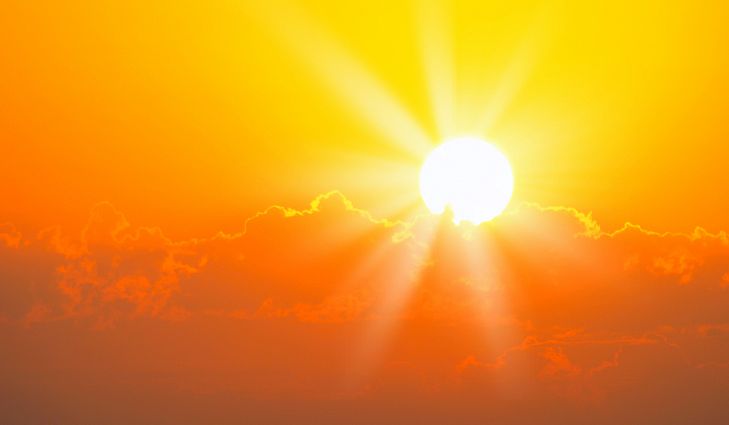 THE SUN IN YOUR HEART IS SHINING BRIGHT

Who knows How or Why, but Life arises in every moment.

An endless stream of Life Energy crashes and splashes through the universe, its brilliance and intensity continuously birthing countless galaxies and organisms.

The Living Presence of Conscious Intelligence is a Wonder to Behold.

Existence is so vast, so far beyond words and explanations, the only appropriate response seems to be jaw dropping awe, staggering astonishment and speechlessness.

Nevertheless, I feel compelled to sail my leaky little rowboat out onto the vast Ocean of Being and see if my heart/mind/body/self can whistle a tune to the great Starry Person of Life and Love.

I am, as a born individual, an undivided, singular point of awareness. I feel, see, wonder, and think. I act. I explore because I am curious. I am curious because Life is so beautiful, so interesting. My wonder exceeds my knowledge. What I know is dwarfed by what is Wonderful. I am therefore compelled to know more about the Wonderful, so I row my boat out onto the ocean.

What do I know for sure?

The only thing I know for sure is that I exist. I am alive. I am aware.

Whether the universe is a big hologram or an illusion or a game of hide and seek, or a journey, a hell, a heaven, I can’t say.

I don’t have to know what it is or why it is, or how it is in order to love it and be intimate with it.

I can remove the blockades I have erected in my fear and let the dam break into my heart.

I can take off my clothes of malignant ego psychosis and get into Bed with my Lover.

If I am a dot, a point of consciousness, embodied as an apparent individual, appearing in a mysterious realm called Earth, then what is the big problem?

Don’t turn away from the pain. Everything you have ever known and everyone you have loved is going to disappear, just like you. In the meantime, you are supposed to make sense out of all of this and still get to work on time.

This is what I call the Crucible, the Furnace. Where all the hobgoblins of our fears, doubts, recoils, philosophies, strategies, obstructions, beliefs, idols, distractions, trivialities and false gods are incinerated.

As an individual, I am a dynamic fractal miniaturization of the Radiant Field of Awareness.

Consciousness is what exists first. Everything that you or I  have ever thought or experienced has been mediated through living, conscious awareness.

If Consciousness is the fundamental substrate of Life, and all apparent things are appearing as objects to It, then one can only conclude that Awareness and Matter are a lot like dolphins and oceans.

The Ocean of Awareness and Imagination explodes into DNA blueprints for infinitely fabulous organisms to appear, endlessly.

Who or What is orchestrating all of this? How do billions of cells and people and civilizations organize so intricately and beautifully, spontaneously?

What is my relationship to this Wonder?

According to Cymatics, the science of sound and its effect on matter, electrical signals organize atomic nuclei into patterns that correspond to the vibration and frequency of the signal. A magneto-electric field is generated in which the organism forms, according to each specific layer of the field.

When the DNA in the sperm and egg unite, a literal sub atomic explosion occurs and a Radiant Field is generated that organizes the nutrients fed to it by the placenta into a new organism.

The mothers womb to the fetus is like space is to the sun. The Radiant Field we now call you is a literal sun. We know this because the heart is the first organ to develop and it has a sino- atrial node on the right side which is known as the pacemaker. The Light of the sun is sending a signal to the pacemaker to oscillate in synch with the electrolytes in the blood which are positively and negatively charged. This differential in charge pushes the blood through the body and the heart amplifies it and organizes it for distribution to the cells. The blood then delivers oxygen and nutrients to the body and removes its wastes.

All without our conscious attention.

This description of the process does not explain it. It’s still a mystery How and Why it appears.

The scientific materialists believe that all Life is just  random interactions and that our awareness of it is merely the result of neurons firing in the brain.

This gargantuan leap of faith and belief, one which dwarfs even the most fervent fundamentalist’s, is as incomprehensible as it is preposterous.

Instead of admitting that they cannot understand reality and starting there, at Wonder, they just give up and dismiss everything as random. This is the most pathetic abdication of human curiosity and intelligence I have ever seen.

Anyway, when the Radiant Field is born as you, the Light of Life sends its signals into your infant body through love, water, oxygen and food. Your mothers milk nourishes you and coats your digestive tract with living enzymes which will digest your food and keep your immune system strong for life.

Born as Wonder and Delight, you soon find out this world is a strange place indeed. Instead of being welcomed as an Emissary of the Divine, you’re stamped, spindled and folded into a monotonous, boring, soul crushing robotic cartoon version of yourself that will now be forever mistaken as You.

The New Narrative is what the native peoples have known all along. They are our elders, and they are being exterminated by the Black Magicians. This is because they carry the living wisdom of inherent dynamic unity with the living Matrix of Nature. The word matrix comes from mater, Mother. The Satanist’s first assault is to rip the indigenous out of Nature, out of the body of the Mother.

Jesus’s message was Prior Unity with God, the all- pervading Presence of Life that “rains on the just and the unjust alike”. That’s what got him killed. After his torture and murder, his Wisdom Teaching was turned into a crappy little ego salvation scheme, based on blood sacrifice and atonement for Original Sin to a tyrannical tribal overlord masquerading as God.

The blood sacrifice salvation machine is built on terror: separation from God. The Priest then rescues the hapless and doomed victim through the bloody rituals of appeasement.

The modern version of Original Sin and the need to be rescued is Covid 19. The virus creates the terror, the High Priests of Vaccination rescue the victim.

Our world is based on victim consciousness because human beings create ego out of fear. The shock of birth and the emotional recoil from Life creates ego suffering. We imagine, then dramatize, separation from our Originating Source, an absolute impossibility. Egos are,  therefore, easily manipulated by fear and salvation and appetite and fascinating distractions.

Individuals who have claimed ownership of their deepest identity as Radiance and Freedom are not so controllable. This is called adulthood.

I believe self ownership, healthy boundaries, and deep respect for All of Life is what is missing in our world.

The New Narrative is the Ancient Narrative: Inherent, Dynamic, Coherent Unity with All Being as the Condition of All conditions.

This is the basis of Authentic Religion, based in Reality. Not mythology, belief, premise, theory or axiom.

Truth, whatever it is altogether, is definitely not a map of the territory. It IS the Territory and everyone, atheists included, live There.

Is such a thing as true religion possible?

Our awakening to our inherent non-separation from the Truth of Life and Its Radiant Field  is what must occur, for its own sake, but also especially now, during the Medical 911 psy-op known as Covid 19.

In order to defeat one’s enemy, you have to develop the skills and ability to do so.

In my view, this is accomplished through personal responsibility for and to what is true. This leads to an identity shift that is deeper and more comprehensive than my ordinary assumptions about who and what I am.

This realization is more than enough to demolish the Black Magic Spell that has been cast over humanity and hypnotized us into believing horrible lies about ourselves and Reality.

We have to realize that unity with Life or with each other does not have to be achieved, it has to be noticed as being always already true.

The solution to the imaginary disease known as ego is to Notice that you are the Awareness Of the body, Of the mind, Of your idea of yourself.

Those ideas and bodies and minds change. You don’t. Awareness doesn’t change. Awareness is like a mirror that is unaffected by whatever it reflects. Ramakrishna said that Awareness, our True Self, is like a pond  that we throw a stick on. Now, it looks like there are two ponds. No, there is only one.

Your underlying, inherent Nature doesn’t change on the basis of what you think about yourself. You are always still yourself independent of your beliefs.

When this is understood, everything changes.

Until then, we are playing a role on a stage that somebody else handed us, one that we accepted.

We are not a role, an idea. We are not an object. We are the awareness of the object.

The only thing that doesn’t change is the Awareness of the change.

When we build our Identity on that, then we are capable of caring for and being present to, every single aspect of our hearts, mind, bodies, and world. We become capable of love and the ability to respond under all conditions. We become adults and leave our childhood in our memories, where it belongs.

We grow up. And we build a world of cooperation and mutual enrichment, on the Ground of Profound Spiritual Recognition of our own and each other’s Sacred Essence.

Until we can do that, and complete these necessary pre-requisites for a healthy self and world, we will remain the brain dead, spiritually autistic controllable androids the Globalists have designed for fun and profit.

In addition to writing essays like these, Robert Cinque also builds beautiful, affordable and comfortable yurts for homeowners and businesses in the fabulous Skagit County. He has worked with visionary architect and organic designer Sunray Kelley for over 20 years. They formed Radiant Homes and are actively engaged in the development of the Living Home, the Bioshelter, the no-mortgage, no-permit, food and energy producing home. Read more here.

Robert’s essays “are designed to destroy what’s false and cultivate what’s real… They are intended to water the Seeds of Life buried under mountains and centuries of false beliefs, inherited “culture” and ego cults, so-called “religions”, including scientism, masquerading as truth…“.  Various e-book permutations of Robert Cinque’s essays can be downloaded here.

Robert is a also contributing writer at Truth Comes to Light.