The Terrible Joy of Self-conquest 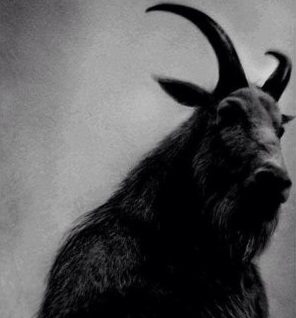 The Terrible Joy of Self-conquest

“Conquer yourself rather than the world.” ~Descartes

In Greek mythology, the Labyrinth was an intricate and confusing maze-like structure built by Daedalus for King Minos to hold the Minotaur. Daedalus had so ingeniously designed the Labyrinth that he could barely even escape it himself.

Have no illusions, you are in the labyrinth. In fact, you are the labyrinth. You’re a walking, talking, pissing, shitting labyrinth all by yourself. Your psyche is a multilayered maze inside you. The path is twisted, not linear. It’s anything but clear, and there are so many levels that it can make your head spin. And there is no escape, but there is a way to transcend it.

But you’ll have to make a difficult choice: descend into the underworld, into your dreaded abyss, into your twisted labyrinth, with courage, honor, and humor, or be pulled into it at some unexpected time in the future, unprepared, naïve, and fragile. You either directly integrate your shadow and gain the potential for controlled chaos, or it will indirectly come out at some unexpected time in the future as disintegrated, violent, uncontrollable chaos.

This isn’t something you can overlook. Ignorance isn’t an excuse. It’s a terrible choice. And it will be the scariest thing you will ever do psychologically. But you can’t ignore it. Because it won’t let you go. It will shake you to the core, like a wolf shakes a lifeless rabbit. In the end, you’re either the mighty wolf, with integrated rage, courage, and teeth; or you’re the meager rabbit, disintegrated, limp, and half-dead.

You must walk through the abyss to achieve providence:

“We are not provided with wisdom, we must discover it for ourselves, after a journey through the wilderness which no one else can take for us.” ~Marcel Proust

Humanity comes from the Latin humando, which means burial or buried. The very concept of humanity is a giant metaphor for our intrinsic mortality. Your most essential humanness is buried inside you. Self-conquest is foremost a digging up of your humanness. It’s also a learning how to die before you die. And it is connected to humility and humor.

As Carl Jung said, “No tree can grow to heaven unless its roots reach down to hell.” Your shadow reaches all the way into hell. When you seek your shadow in the labyrinth, you’re seeking the repressed part of yourself, where all the pain, tragedy, and rage has been buried. It has become a snarling beast inside you, the mighty minotaur. It’s your job to integrate it. As Jean Piaget said, “We organize our worlds by first organizing ourselves.”

You organize yourself by first organizing your life physically: staying healthy, eating right, exercising, keeping your house in order. But that’s the easy part. Organizing your life psychologically is where it gets difficult. That’s the journey into the labyrinth, into the abyss, into the underworld, into the hell that is your psyche. Into the chaos you go, weaponless, naïve, innocent. But at least you had the courage to take the leap.

And now, the hardest part: confronting your inner beast, meeting your shadow on the path, facing your angry demons. It won’t be easy. It will probably be the hardest thing you will ever do. But you must do it. Otherwise, you’ll just be a scared little rabbit with an angry demon trapped inside it for the rest of your life. Otherwise, you’ll resent yourself. Otherwise, you’ll become a monster that you cannot control, rather than a monster that you can. So the integration of your inner beast, your shadow, and your demons is beyond a must. It’s a spiritual necessity.

In order to become a beacon of light, you must first discover a beacon of darkness. You won’t know how to shine if you don’t know how to burn. In order to burn bright you must be able to handle the fire. As Viktor Frankl said, “What gives light must endure burning.” Fire plus fire equals greater fire. This is what integrating your shadow will teach you: fear is fuel for the fire. Taming your minotaur will give you courage, honor, teeth. It will give you fire. Which will give you the strength you’ll need to transcend the labyrinth and discover providence.

“Doubt everything. Find your own light.” ~Buddha

The self is an endless ocean. The more you know yourself, the more you realize how much you don’t know. But a clarity comes from this. The waters are still endlessly deep, but there is now good visibility. Self-knowledge has no end. You don’t come to an identity. You don’t end up with a personality. You don’t form an opinion. You don’t come to a conclusion. You don’t end with a belief. All you can do is swim into deeper clarity. You swim through identity, through personality, through opinion, through belief. That’s it. Just swim. This is providence.

This is how strength has been forged since time immemorial. Pressure is how diamonds are forged. The incessant rub is how pearls are formed. Pain is how power manifests. A journey through the abyss is where heroes are born. As Jung said, “A man grows with the greatness of his task.”

But greatness should never be taken for granted. Tragedy is always just one twist of fate away. No amount of individuation, self-actualization, or enlightenment is enough to guard against the pain, the tragedy, and the unexpected changes of life. Pain is life.

From this strength will come the power of deep valuation. Your own set of values will be the gold that the dragon of your psychic dungeon has been hoarding all along. But now you are the dragon. Now you have teeth. Now you are courageous. Now you can turn that fool’s gold into real gold, into a value system that empowers you to greater and greater heights.

It’s only by discovering your own set of values, your own purpose and meaning, that you become valuable. Valuable to yourself, to others, to your community, to the world. You do this through self-conquest. As Stefan Zweig said, “Only once he has endured the necessary doubt and despair within himself can the individual play an exemplary role in standing firm amidst the world’s pandemonium.”

These values, like the brilliant gold they are, will shine bright against any darkness. They will dampen any pandemonium. And now, my friend, honor, humor, and antifragility are yours for the taking.

This article (The Terrible Joy of Self-conquest) was originally created and published by Self-inflicted Philosophy and is printed here under a Creative Commons license with attribution to Gary Z McGee and self-inflictedphilosophy.com. It may be re-posted freely with proper attribution, author bio, and this statement of copyright.