The Three Layers of Your Reality Construct 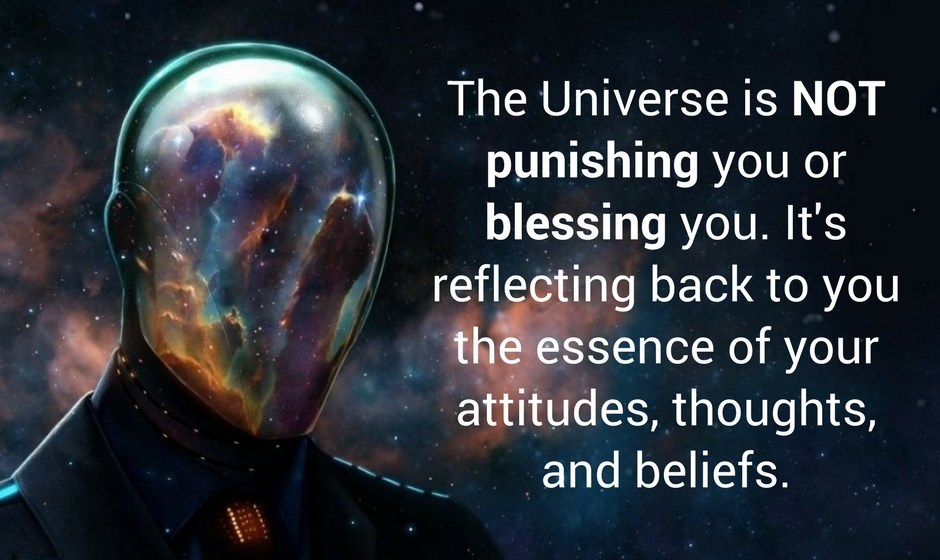 The Three Layers of Your Reality Construct

Whether you know it or not you exist within something akin to a super advanced virtual reality.  One where your every thought, belief, and emotion is selecting what appears on the screen you call your reality.  Understanding how your personal reality, and the collective reality you are part of, is generated has profound implications.  And one of the most important of these is the complete liberation from your fears.

The Ultimate Nature of Existence

The world that you think exists outside of you is essentially an illusion — it is a purely perceptual experience of consciousness.  The experiences are REAL, but the props are IMAGINARY.  All the information that represents your reality was imagined into existence and is essentially just imagery that your consciousness is perceiving — very much like a virtual reality.  There isn’t anything out there; it’s just an incredibly convincing perceptual illusion.

Your reality is an illusion of consciousness — the experiences are REAL, but the props are IMAGINARY.

How Your Personal and Collective Reality is Generated

The way information is presented to your thread of consciousness is much like how a film projector displays the frames of a film strip.  Every billionth of a second or so, a frame of information representing your reality is presented to and perceived by your consciousness (more about this in The Illusion of Time and Space).  Unlike a film strip which has frames with content that was determined when the movie was produced, the movie that you call your reality contains some information that is pre-created and some that is created on the fly and then dynamically composed into final frames on the fly.

Conceptually, frames of reality are generated as three layers of information; foundation, background, and foreground and these then get combined into one cohesive picture.  The information in each of these layers is produced in different ways and understanding how this works has great relevance to understanding and mastering the creation of your personal reality.  Using the metaphor of a stage play these three layers might be considered; the stage, the setting, and the story.  And make no mistake, your reality is your story, and you are the lead character as well as the director.

Surprisingly, even though it appears that you are a part of a singular collective reality with many players or actors, something a bit different from what you might have imagined is going on behind the scenes.

What’s really going on is that each thread of consciousness (e.g; soul) is experiencing its own separate reality in which they are both the lead actor and director of their own stories.  All the other actors in your story are just other souls playing stand-in roles in support of your story.  You have agreements with many other souls to play parts in your reality — but it’s your story, and they are all walk in cameo appearances.

Those souls playing roles in your story may or may not be engaged in their own version of the earthly reality.  And you may or may not be reciprocating and playing roles in their realities.  But there are tons of souls playing parts in each other’s realities.  Each soul is having its own independent experience in its own separate version of reality.  How the reality of a soul, who might be playing a part in your reality, plays out will likely be different than your own.

The way a collective reality experience is generated is that the beings that share roles across the various individual realities agree to share information that represents some elements of the reality — specificallly, information representing the foundation/stage layer and the background/collective layer.

The process which generates each successive reality frame perceived by your thread of consciousness seamlessly combines this shared information with the information from the foreground layer (information created, and selected, and produced by you) into a seamless whole.  The details of how this works are not entirely certain, but this is how it works in general.

Your reality is programmable, and you are the programmer.

Let’s explore how the information that represents each of the three layers of your reality construct is produced and what degree of creative control you have over each.

The Foundation Layer – The Stage

The first layer of information that is included in the frames of reality that your consciousness is perceiving and experiencing might be appropriately called the foundation layer.  This is the layer of information that represents the planet, and the elementals it’s composed of, and the biosphere.  It includes everything that supports human life and the human experience.  This layer acts as the stage on which the human drama is played out on — both collectively and personally.

All the information (e.g; energy patterns) that makeup everything in this layer were created and are maintained by the intentions, thoughts, and imagination of non-physical beings (e.g; consciousnesses).  These beings have dedicated themselves to creating and maintaining the major elements that make up our reality, and multitudes of other realities — a role often referred to as “construct holders.”  All the information that represents the foundation layer of our reality construct was imagined into existence by these beings!  To learn more about construct holders, check out the section on 7th density beings in my article Ascending the Densities of Consciousness.  I may explore this topic further in future articles so follow the blog to stay tuned.

The most important implication of this is that our threads of consciousness are not creating this information and so we cannot ourselves change the nature of the stage through our own conscious thoughts and intentions.  You are not directly creating the stage environment, our world, with your thoughts.  You don’t have any direct power to alter the information that represents it; you can only choose to explore and experience different parts of it by your choices and intent.  This layer is part of the information that we all agreed we’d share across all of our individual realities to create the experience of a collective reality.

The second layer of information that is included in the frames of reality that your consciousness is perceiving and experiencing I call the “background” layer.  This layer is the collective story/drama that’s playing out on the foundation layer (the stage).  These are the global and collective events and circumstances.  It’s all the stuff that you hear about happening in the world but doesn’t necessarily directly touch you.  It’s the state of the world, the state of human society; it’s what you see recorded in the history books, and discussed in newspapers and magazines.  It’s everything that’s supposedly happening in the world, and everything that supposedly has happened in the world — most of which you never directly experienced — it appears to have happened to someone somewhere, but it didn’t happen to you.

The 3rd and final layer of information that is included in the frames of reality that your consciousness is perceiving and experiencing I call the “foreground” layer.  The foreground is everything that you directly experience.  This is your personal reality, and you are 100% responsible for creating it.  Everything you directly experience is either newly created by you or invited into your reality from the collective reality by your thoughts, beliefs, desires, etc!  So even though you can’t single-handedly change the collective reality (because it is co-created collectively), it doesn’t really matter because you control which parts of it that you draw into your personal reality and directly experience.

You are essentially immune to any danger or peril or whatever that is out there in the collective reality if you don’t buy into that it can affect you.  And of course, the fastest way to draw stuff from the collective reality into your personal reality is to fear and worry about how the state of the world might affect you!  Because as a creator, what you focus on you attract especially when it’s combined with a strong emotion like fear.  And don’t kid yourself, if you are worrying about stuff that’s fear.

The world’s natural calamities and disasters — its tornados and hurricanes, volcanoes, floods, etc are not created by us specifically.  What is created by us is the degree to which these events touch our life.

So no matter what is happening in the collective reality, none of it can touch you unless you invite it.  As an example, let’s say that some calamity occurs in the collective reality that effects your home town.  With the right “attitude” the Universe might arrange for you to be out of town when the calamity occurs.  Or if you are home, you will miraculously remain unscathed or spared from the worst of it.

Summing It All Up

You are creating your reality with your thoughts, beliefs, desires, and more. The backdrop to your story, the collective reality and the stage that it plays out on, are just there to create a context within which to play out your story and create your personal reality.  You can create whatever you like in your life, and it is not limited to what’s out there in the collective reality, but it does provide a grab bag of options to select into your life.  But they are all truly optional — they can’t become a part of your direct experience unless you invite them in with your thoughts.  The collective reality is a distraction that lures you into focusing on what is and what was instead of what can be.

Knowing this enables you to stop worrying about what you can’t change and start focusing on what you can — namely where you put your focus and attention to, what beliefs you hold, what thoughts you entertain, and what you imagine and create for yourself.

By deeply understanding how your reality construct is generated and that you are the one who controls the process you can experience a profound liberation from fear.  And once you transcend your fears, especially if you master the other skills of deliberate creation, you will find that your life experience will begin to improve dramatically.