The Tragedy of Political Government 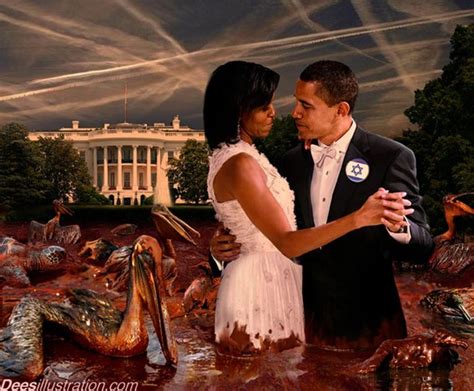 The Tragedy of Political Government

Tragedy – “A lamentable, dreadful, or fatal event or affair; a disaster or calamity.”

“What is tragic about political government?” you might ask. Let us return to that question once we have examined the nature of political government and the State. In order to distinguish between government and other institutions in society we must look at the ways human behavior can be organized and human needs and desires satisfied. There are only two ways: peacefully or coercively. There are no other alternatives. If people rely on peaceful cooperation, they must necessarily offer products or services for which other people are willing to trade. If people use coercion or fraud, we call it obtaining goods or services under false pretenses, robbery, or larceny. However we label it, the basic contrast remains the same: one relies on voluntaryism or one relies on force.

A stranger knocks at your door and, upon opening it, he requests money He represents the March of Dimes, and is asking for donations to support its activities. Unless you feel generous, you dismiss him. You have no particular obligation to support his cause, and the fact is you have already contributed to other charities, such as the United Way. Unless the stranger is a blatant thief, he leaves. He doesn’t deal with you by using force, or its threat, to collect the money he is soliciting.

Compare this to what happens every April 15th in the United States. Granted, most “good citizens” send in their tax payments to the Internal Revenue Service. The IRS does not need to send out a representative to collect the tax; and if there is any need to do so, he generally needn’t carry a gun or make any direct display of force.

Why don’t people dismiss the IRS in the same manner as they would the solicitor who is collecting for a private cause? Many would, except they know that there is a big difference between the March of Dimes and the IRS. The March of Dimes organization is a group of private individuals assembled together for the common purpose of overcoming polio, muscular dystrophy, and birth defects. They do not use force, or the threat of force, to accomplish their goals. Should they, we would have no hesitation in calling the March of Dimes, and its solicitation agents, criminal.

The IRS, on the other hand, represents the government, which – when all else fails – uses force to accomplish its goals. If you do not voluntarily pay your taxes, your property is confiscated, or you are jailed. The amazing thing about our government in the United States is that it rarely has to resort to force. There are tax resisters, but they form a small percentage of the population. Except for these few people, no one calls IRS agents criminals even when they brandish guns, confiscate property, or put people in jail. Despite the fact that they engage in the same type of behavior as the private thief or kidnapper, it’s seldom that their behavior is called criminal. Why is this so?

Government is the only institution in our civilized society that is able to cover its coercion (and its use of threats) in a shroud of mystique and legitimacy There are other individuals and groups in society that use force: individual criminals (the lone burglar, rapist, etc.), and groups of criminals (the Mafia or gangs of thieves, etc.). But none of these claim their activities are proper and useful. Government is the only one of these coercive groups that claims its use of force is legitimate and necessary to everybody’s well-being.

Government is the institutionalization of conquest over the people and property in a certain territory The stated purpose of government is protection. In reality it is exploitation: to extract resources which otherwise would not be voluntarily handed over to the governors. Governments excel in the use of force and threat – the political means of survival – by combining military conquest and ideology. Though throughout history, governments have been of many different types, their reason for being and modus operandi have never changed. Governing requires that those who govern authorize or commit criminal acts, – actions which, if used by any but the agents of the government, would be deemed criminal.

Governments seek the voluntary obedience of their populace. The continual use of physical force is not only expensive, but often of uncertain results. If the governors can get the governed to accept their conquest as being consistent with widely accepted norms and standards, there is little need to use raw force to continually compel submission. The primary tools which governments use to establish their legitimacy are:

The truth of the matter is that governments use every means at their command to insure their control over society. Other methods include support of special interest groups with legislation and subsidies, celebration of national holidays, frequent elections, use of the secret ballot, sustaining foreign enemies to help maintain internal control, and the full panoply of patriotism.

The main tragedy of political government is that few people realize it is an immoral and impractical institution. Nor do they realize “that the power of any government is dependent on the cooperation of the people it governs, and that government power varies inversely with the noncooperation of the people.” They have been conditioned to accept government as a natural part of their environment. After being raised in a culture in which “politics” is the norm, and after attending years of public school and being taught that political government is a necessary component of society, most people place government in the same category as the weather – something they complain about, but can’t change. As people accept the structural trap called politics, they fail to realize that their actions support and under-gird the State. Their demand for government services – from Social Security benefits to police protection – is what fuels the State.

Most people are capable of high values and responsible behavior, but once they enter the seductive garden of politics, they no longer notice that its wonders cannot be reconciled with individual responsibility and their own personal moral values of honesty and hard work. It is not usually apparent that what they are doing or supporting is vicious and would not pass the test of ordinary decency. So long as the criminality is veiled by the political process, most people accept it because they do not see that it conflicts with their basic values. The main tragedy of political government is not only that the voters are the ones pointing the gun, but, most importantly, that the indecency of this act is concealed from them by the political process. It is the concealment that is the tragedy. The concealment is not the result of some conspiracy by some distant elite: it is inherent in the political process.

Perhaps the tragedy can be made more plain. Look at the daily news. At least half of every day’s news consists of accounts of one pressure group or another noisily appealing to the government for greater support of its special agenda. The tragedy is that the people making the demands do not perceive that it’s their own neighbors from whom they are stealing and sacrificing in order to support their special programs. The political process -purposefully- is an impersonal one. The secret ballot and the use of majority vote obscure the fact that it is the struggling family next door or the bachelor down the street who are being threatened at gunpoint if they do not fill the government’s coffers or follow its mandates. The resources for every government program come from hundreds of millions of people across the United States – most of them personally unknown to those who campaign for these programs. Few people would directly confront their neighbors with such demands (“Your money or your life!”), but the structure of politics permits this to be done anonymously, and allows the supporters and perpetrators to conceal – even from themselves – the evil nature of what they are doing.

Such is the tragedy of political government.

[Author’s Note: John Kreznar suggested and assisted in the preparation of this essay.]