The Trans Deception by Nowick Gray 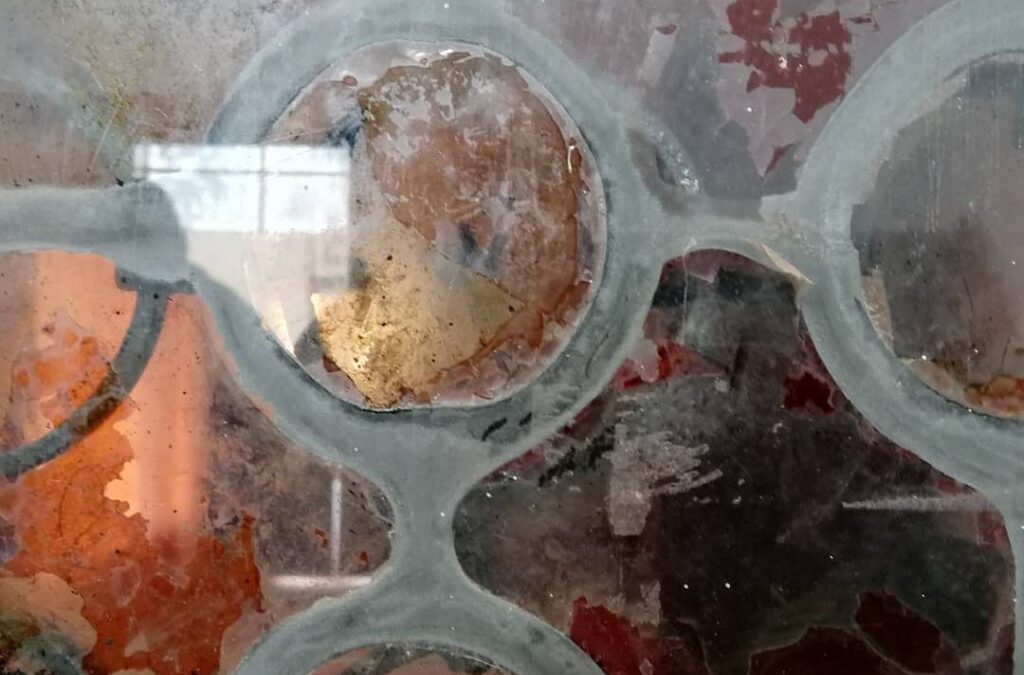 ‘You live in the West in 2021, and all of a sudden, the wealthiest people of the world become emboldened, decide that they have the technology to control the biology—and that your body is the next frontier of “mining” and monetization. And here you are. It’s a fact that they don’t love you. It’s a fact that they don’t care about your well-being. They view your body like Columbus viewed his “India.” And just like Columbus proclaimed that his act of “discovery” translated to “ownership,” these people believe that because their science got a little bit deeper into knowing how really small things inside the body function, they now “own” biological processes inside your body and can and should monetize them and control your life. And if you resist the colonization of your body, you are a “hostile Indian.” And so what do you do?’ —Tessa Lena, Why Bother Speaking the Truth? 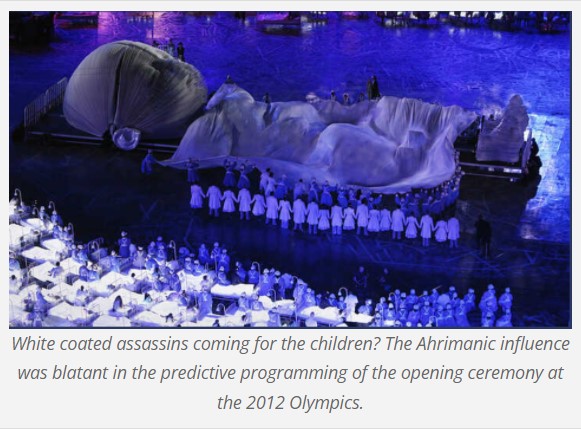 At the end of human digitalization, the transfer of our data into the Cloud ends in the ultimate form of assimilation: the transhuman fantasy of immortality, through the “upload” of our consciousness, personality, knowledge, memory. Such hubris is blind to our human essence. It’s like pretending the music exists in the score, in the grooves on the vinyl, or more to the point, the sequence of 1s and Os in an MP3 file.

The analytical essence might be there, but the human element—feeling—is missing: the profile of an intelligent psychopath. For the more literal minded, humanity is projected to survive the limits of Earth in extra-orbital habitats that simulate terrestrial nature (thereby preserving what’s left of old Earth for the exclusive use of guess who).

The writer Philip K. Dick, no stranger to such futuristic delusions, argues back in the person of a character grounded in the ethic of the natural human. The impulse to remake us or transport us elsewhere is an alien one, hostile to our kind. Resistance is essential:

“I don’t know where they come from or what they want, but they have no right to mess up our world…. We’ll fight them in our homes, and we’ll fight them in our schools. We will never stop fighting, and neither should you. #RESIST” —Philip K. Dick’s Electric Dreams, S 1 E7, “The Father Thing”

The transhuman agenda, embedded not just within science fiction but the very nature of the cataclysmic global Reset, shifted into high gear behind the engine of the pandemic. In unapologetic terms outlined by its chief proponent, the World Economic Forum, it aims to transform every facet of life on earth. The impulse of the reset might best be captured in that telling prefix, trans-, already prominent in gender issues over the same period of recent years. So let’s investigate that nexus of meaning.

First, a disclaimer. This essay is not so much about gender, but more about human. I have no gender agenda per se, rather a human one. Yet I start with the premise that human contains gender, in simple terms. A movement to emphasize transgender as integral to “the new normal” human identity is a plank in the platform to supersede human with transhuman.

Trans– (Across; on the other side; beyond)

Transgender (says the American Heritage Dictionary) refers to one’s chosen identity, independent of the sex “assigned” (interesting choice by the dictionary) at birth.

One arbitrary decision, overriding another?

Considering their recent “upgrade” of the traditional definition of “vaccine,” we better consult Merriam–Webster (“America’s most trusted online dictionary”) for a second opinion. They prove more lenient in their careful elaboration of a gender identity that “differs from the sex the person had or was identified as having at birth.” At least the door is open here (“had”) to a natural birth gender. And yes, here I’m drawing a line that says, natural.

The crux of the question here—what is human and what is transhuman (“across, beyond”)—is precisely that boundary. Where is the line that is crossed to go beyond? The future human is linked to the past only by that transgression: from Eden we’re banished, yet never freed from the spell of remembrance.

We simplify by starting with Adam and Eve. But when tempted to cross the line, they already embarked on Human 2.0: “Taste of the flesh and know your own power, your freedom to sin.” Here we are, many “upgrades” after, still tempted by that eternal Serpent, to lust for the next “Great Leap Forward.” To embrace such transgression of our original, innocent state is not evil, but it does represent the sin of pride, of presuming to know better than our creator how our body’s design should have turned out. Similarly, Adam and Eve as victims of the Serpent’s guile were not evil for their curiosity, rebellion, or even pride. They were simply human. 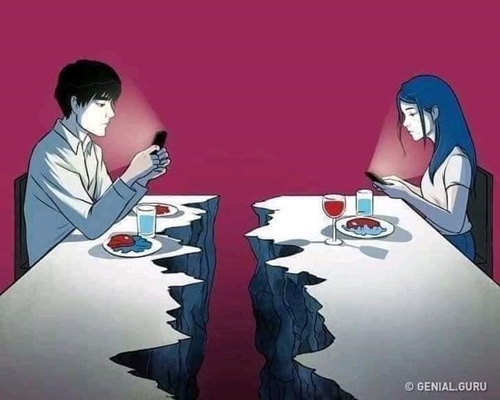 The transgender agenda appears fixated on the original sin of awaking to a binary identity, man/woman, and tries to atone by committing the next iteration: of imagining an indeterminate, genderless social animal. To cast into myth the natural body, and replace it with the doctrine, at once abstract and materialistic, of the omnipotent, science-tooled body/mind.

Which is still all fine as a personal choice, even to the point of swapping body parts on the surgeon’s table, and indulging in designer elixirs of hormone replacement. These are just hybrid strains of apple to be plucked from our modern Tree of Knowledge. Natural or unnatural, that’s semantics. The real issue is this: by my book, personal choice is human; but coercion is what I call evil—which is to say, anti-human. 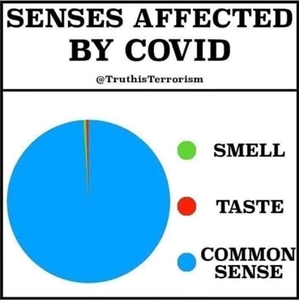 To disguise itself, evil leans on that esoteric requirement, for the victim to “choose” their own subjugation, their own manipulation to choose the predetermined outcome. In the transgender arena, schoolchildren are groomed to consider all options and empowered to step out of their birth genders if they so “choose.” The pandemic was overtly orchestrated from the outset to offer one exclusive choice for treatment and prevention: the golden apple of salvation, the “vaccine.” It’s a shell game government plays by pressuring employers and withholding individual rights and freedoms to combat “hesitancy” and dangle the illusion of remaining “choice.”

Such mandates and the resulting discrimination are, first of all, dehumanizing. If the shot is accepted, it modifies the human genetic apparatus, the very core of our human design. In addition, it introduces substances whose patents claim interface with tracking technologies, two-way communication, and even crypto monetization. The refusenik, subject to increasing dehumanization, is offered one way out: transhumanization.

If the transgender or transhuman or cybervax makeover is presented to adult humans, with full disclosure of risks and benefits, ingredients and side effects, free of propaganda and ulterior motives, and subject to full compensation under liability, it’s on us to say yes or no. But of course, such is far from the case. 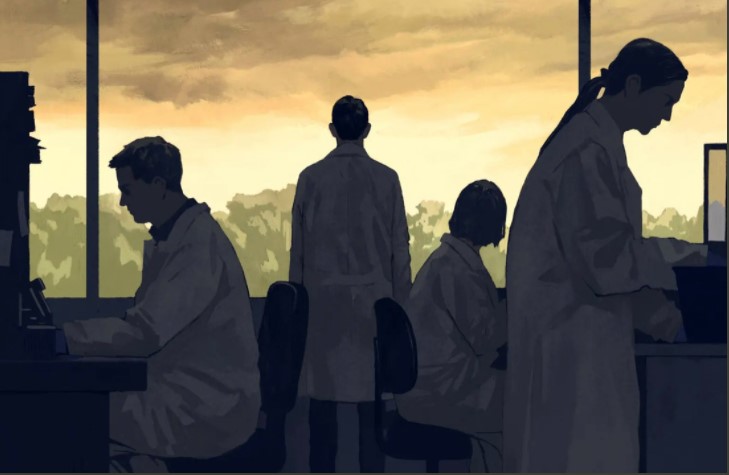 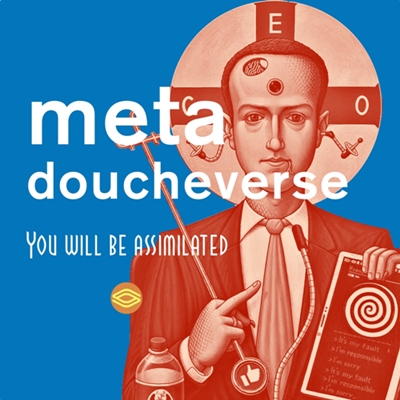 At the same time that personal choice of gender identity is encouraged by social policy and cultural pressure, authorities are mandating the loss of choice in bodily autonomy, in the case of the vax cocktail. Consistency here lies in the common vision: transgender as a step into transhuman. It’s a wholesale transfer of natural sovereignty, from individuals to social manifestoes and health agencies, and from distinct nations to ethnic engineering and global technocracy—under which our remaining freedoms are exercised only in the controlled digital space of the Metaverse.

If our refusal of the imposed agenda is not allowed, or all the inalienable rights and freedoms and natural benefits of the society are withheld from us, the line has been crossed to a crime against our humanity. By the same token, international sanctions are recognized as an act of war. Across all personal and national boundaries, now, the line has been crossed against human sovereignty, in the name of an imposed alteration to become other; to be a pawn in a game of global chess.

At first the dark side recruits compliant volunteers; then it conscripts the unwilling. We’ve seen this movie before: Vietnam. Where villages were bombed to “save” them from a designated enemy. Then as now, the sleepwalking “Silent Majority” was slow to awaken from the hypnotic TV spell. When atrocities leaked through, it was harder to condone such crimes against other humans. When our own soldiers fell—the home team humans, our sons and brothers—we woke up to say, Stop.

Today, where are the napalmed children, the mass graves, the silent suicides? They are haunting our awareness, waiting to show us what can happen to humans who become pawns. On the hidden channel, they call us by our names we have almost forgot. They remind us of what happens to the dehumanized—victims and perpetrators alike. In their sacrificial death they alert us to the fate of the denatured, the ungendered, the compliant and the coerced: the void of identity at the end of being human. 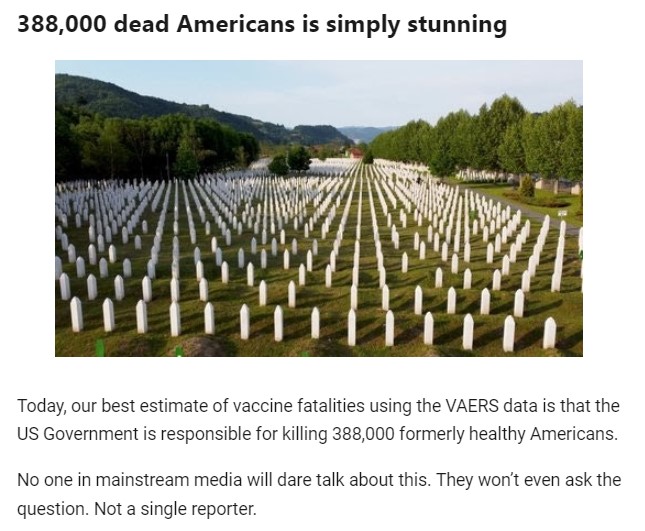 This article first appeared in În Spatele Blocului (Behind the Block), December 2021.