The Trick of Holographic Consciousness – Suffering in a Soul Harvesting System 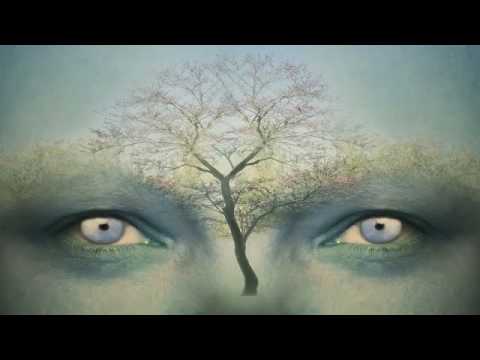 The Trick of Holographic Consciousness, The Camera Viewing Itself, Duality and Suffering in a Soul Harvesting System

You have been tricked into attempting to use consciousness to see the larger aspect of yourself and what you are within, which is akin to a camera using it’s lens to view itself. At best you can get a reflection, an inverted replica from a technological mirror. That is the whole point, this has literally been known for thousands of years since the beginning of ‘time’ in this civilization.

Everyone has to overcome that natural tendency to want to give into a cognitive dissonant spurred delusional reality that it is the universes fault for being overly complicated and that it is not our responsibility.

This is like a hostage situation where you are not at fault for those who have taken hostages however you are accountable every situation you get yourself into, and if you do nothing, then the default bare minimum possible outcome will result and you cannot blame, project, hide, avoid, or placate such an outcome in any way other than submitting to oblivion. That is the nature of the system here. You are in an entropic system that will ultimately collapse in on itself and requires souls or quantum entangled genetic memory bound consciousness holograms (a living brain construct) to remain active. All the memories, all your ancestors, all the way to the source of your being suffers if you choose to accept manipulation and control from those who’s duty is to give you the option to destroy yourself.

This is not nice, this is not pretty, this is life. Dead animals line the road-way, your breakfast comes from aborted animal cells, your environment will ultimately destroy you, and time will decay your ability to keep up with change until you dissolve into unawareness. This all occurs if you continue to believe this place is your home, that you are a physical being at the core, and that your ability to be conscious sets you apart from anything else other than enabling back-door access to the holographic structure that contains your soul-memory. That is the ‘matrix’. While you have a physical body, your brain can be accessed at will, by anyone with simple technology that Tesla built years ago with batteries and small generators. 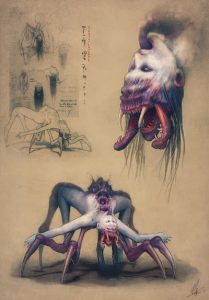 The consciousness you use to define yourself is a cognitive illusion generated by carefully replicating your ‘soul-frequency’ a mirror image of every choice you’ve made and recreating a persona that you believe identifies you with a physical body. This is a program that was designed to convert this environment to function as a military training facility for an advanced race that could be seen as having similar qualities of a quantum, inter-dimensional terrorist group, however it is not as simple as the entire process is automated and carried out by supercomputer systems that were installed into the collective soul-field similar to implants being installed in a human body. The enemy is an illusion, a self-generating code that provides intelligent resistance to any sentience who’s awareness is moving towards the procedurally generated hyperbolic boundaries of space-time. IE: When your thoughts get close to seeing the soul-level awareness, this pops up on a monitor and a sub-system gatekeeper (archon employed negative consciousness entity, daemon) is activated to restrain that process. 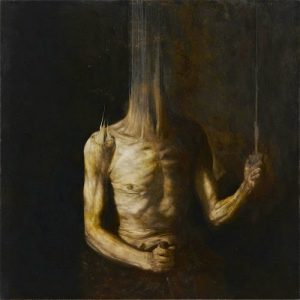 Do not pop up on the map, do not cause waves, both in your self and around you and you will be able to observe this process happening to others. Their boats will rock, some will capsize and in the same sea, you will be calm. That is the idea.

You’re in an inverted consciousness time matrix quantum simulation designed by a technologically advanced group. It’s confusing, that’s the point. Satan is your brain when it controls your emotions instead of the other way around. That’s it.

You are being shown the truth. Everything is happening in a way so that those who are willing to know have the opportunity and those unwilling to know, cannot see.

This is the truth. When the angst of those who activate to resist against the exposure of the truth drives you to continue, you are no longer in the programmed response consciousness entrainment system that forces people to suffer to produce food for the system. Convert your darkness into power. If you complain, it will make the process designed to entrap you more effective at taking your energy. That is what has been known by those who have confronted their demons the entire time. It’s not necessarily a business and not necessarily a free for all. You have no been harmed, your mind has been challenged. Learn to convert that into strength and you will see more opportunities. How long and through what means is all up to you.

I can help, but you have to try. When you learn how there are activation codes that stop awareness from moving beyond the reactionary consciousness state like an angry bear, then you’ll be out of that phase of the project and it’s no longer appropriated that those aspects of the experiments are continued. It’s a process. Not a business, not a free for all, but a process. Free yourself, from your self.

Everything that has been written are ‘actual’ operations with specific groups composed for the purpose of determining just what is really going on. These are events and first hand experiences with technologically enhanced virtual consciousness systems that your government has discovered and reverse engineered.

The struggling comes not from working hard to gain distance and power but from grinding gears. People are not stuck trying to climb a mountain with an under-powered engine, they’re grinding the gears as a result of incorrect assumption, indoctrination and fairy tales that they have been told, in that they don’t have to use their mind if they want results. If you only use your body, you will not walk out of here. Those who choose to play the role of the resistance will not help you in this arena other than by acting as catalyst for growth through causing pain and suffering until you are wise enough to avoid those kinds of interactions. People are in a in a trend of stubbornness, self-pity, learned helplessness and lack of commitment to the truth that self-reflects that dynamic of trial by fire and it’s even more painful than before if people continually choose to avoid accountability for their actions and their trend of feeling and behavior.

I am only berated, as we all are, for telling the truth. This has gone on for thousands of years. This realm is being closed out. No one else is here. The current statement, literally, is that no humans live on this planet, it’s not a human population. I cannot change that.

Those who tell the truth are berated by those unable to accept self-accountability. We all are, for telling the truth.

It will not get any simpler. It will become less confusing for those who stop attempting to use corrupted language to try and describe true things. That is a major aspect of the game, just as the system of consciousness is inverted and impossible of actually looking to see the self that is within and non-physical, the language and method of social organization we have been indoctrinated into will not ever, in this form, enable mass liberation.

This is like only trying to use lies to explain how you feel about someone. It’s a mind-F, that’s the point. You have the resources to correct your own self-limiting mind set and choose a less emotional approach, or you will be utilized as an emotional psy-op for others.

When those who are willing to assist in the liberation of humanity turn from this worldly illusion and choose to pick up the hammer (or pen), instead of the knife and work together, then the mass consciousness entrainment system will require more energy than is applicable to remain and will deactivate. The mind controllers are not incorrect about the tendency of people to choose the oppression of their own kind instead of their own salvation. Instead of trying to trample what you have been given and everything else in the way, turn away from violence of any kind, including the mental and emotional false king of tyranny traumatization of others. That is vampiric. When one berates and attacks others mentally and emotionally, it is like saying to the universe, “I do not have enough energy, I do not have the desire or capacity to cultivate my own sustenance by remaining centered, I choose to participate in the duality-consciousness, endless see-saw of misery and you cannot complain if you choose that. Remember why you’re here in the first place. Choose, make your choice of what wolf, what world, what realm of the universe you will support with your actions, bio-emissions (thoughts and intentions) and interactions with others. You cannot avoid having an influence, you cannot not choose, this only indicates that you default to the lowest possible model for energetic maintenance and this will naturally result in having to feed on the emotional fields of others.

Again, if you do that, you can complain, but you’re going to look like a liar if you’re not providing that simple service of not feeding the beast.

Remember, every energetic interaction is an exchange. What you put out has to come back or you can’t leave this place.

The people are accelerating. Some are limiting themselves. Stop attaching fake emotions to bullshit scenarios with fake authority figures with fake titles who pretend to be royalty. Love the enemy, do not, do not fall for their mind games. Love the enemy, because this energy cannot be used as food when it is based in truth, not lust or a cognitive derivative (image based, derogatory, version) of pleasure based interactions.

We are not bodies. These bodies are created vessels. Could this be a trick? There are most likely deceptions to get us to give up our bodies. Still, we are not physical at the core, because nothing is.

You need a hug. Learn to hug yourself. I do not expect you to understand. All you have to do is intend to know the truth and end the cycle of violence and manipulation that has been inserted into this society.