The True Power of a Good Sense of Humor 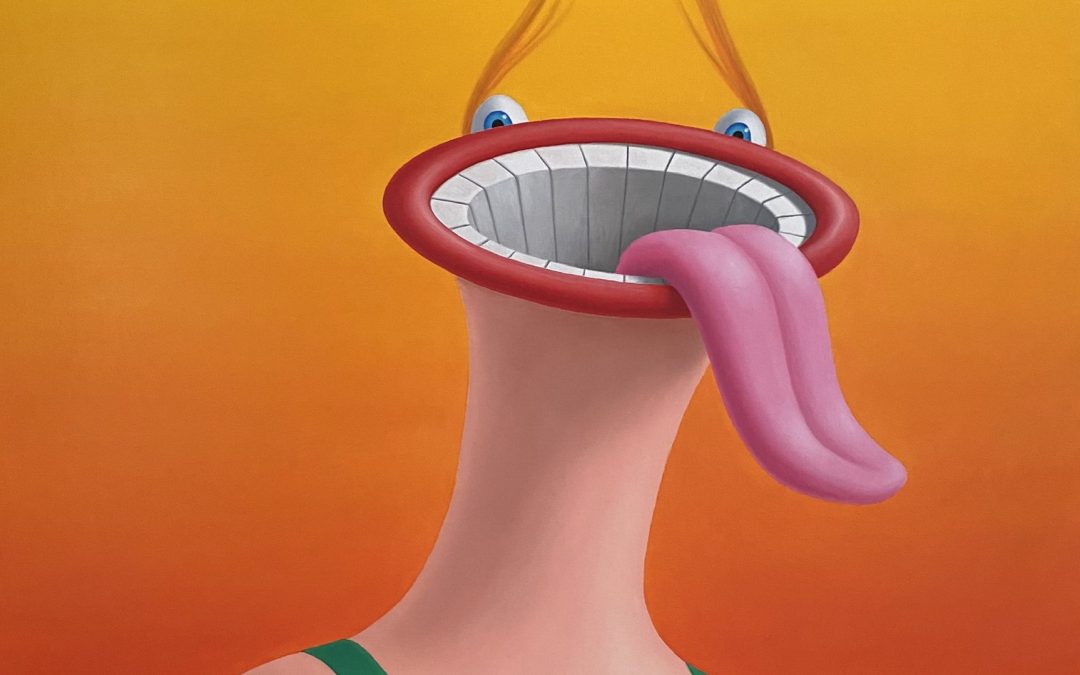 The True Power of a Good Sense of Humor

“A sense of humor is superior to any religion so far devised.” ~Tom Robbins

Having a good sense of humor, more than anything else, will determine how well we handle walking through the fire of our existential angst. Our sense of humor will make or break our character and our character will make or break our life. So, it is incumbent upon us to create a healthy character that can not only withstand the fire but come out of it more resilient and maybe even antifragile.

A good sense of humor requires a healthy sense of self:

“The human mind is a delusion generator, not a window to truth.” ~Scott Adams

The primary story is the story we tell ourselves, and each other, about our culture, religion, and tribe (or nation). The secondary story, strutting its way across the stage of the first, is the story of our identity.

The power of having a good sense of humor is that it shines a powerful beam of playfulness, nonseriousness, and audacity into the darkness. It shines a fierce blacklight into the blinding light of these two stories. It unveils the hidden subconscious. It un-layers the multilayered self. It pulls back the curtain, revealing that the wizard was always us.

But the beauty of this humorous disposition regarding our multifaceted nature is that we get closer to the underlying essence. Our newfound lightheartedness sheds the unnecessary weight of seriousness. We reconnect with the interconnected cosmos and the ever-changing, never-permanent universe itself becomes our identity. We become the universe. Unencumbered, interconnected, unconquerable, one with all things. This is the power of a good sense of humor.

But in our next breath, we realize that we are just as much the wind as we are our “self”. We become one with the cosmos. We are reborn.

“If wondering is the beginning of life, curiosity is the next step, and knowing is the end.” ~Elan Gale

Don’t let “knowing” be your end. Don’t get stuck in certainty. Slap even the face of God if he tells you there is nothing more to learn. Stay curious. Continue wondering and wandering, and the next step on the path toward a robust character and a healthy sense of humor will not elude you.

The problem is that people tend to lose their sense of wonder. They squander awe. They forget how to be playful and curious, which tends to cripple their sense of humor. They get too comfortable with what they “know.” This is an all-too-common symptom of our times. Fear, contentment, comfort, and laziness lead to humorless killjoys who take themselves, and what they think they “know,” too seriously.

Clinging to knowledge kills wonder. Remaining curious with knowledge compounds wonder. Don’t cling. Crucify certainty by embracing curiosity. A healthy detachment from what you think you know is important because otherwise certainty will creep in and ruin your humorous momentum.

The heart of humor is curiosity. Without curiosity you will never gain the wherewithal to wonder. Without wonder there’s no inquiry, no investigation, no questioning. And without inquiry you are stuck with cultural conditioning, indoctrination, propaganda, brainwashing, and the inability to navigate through the minefields of misinformation in the world.

Be curious. Feel it, love it, relish being in awe and overwhelmed with gratitude. Then let it go. Practice detachment. Surrender “knowledge” to Cosmos. Let it come alive inside you in the form of intellectual muscle memory. When you’re attached to nothing, you’re connected to everything. That’s having a good sense of humor.

As Alfred North Whitehead suggested, “Philosophy begins in wonder. And, at the end, when philosophic thought has done its best, the wonder remains.”

Healthy detachment and a good sense of humor is as close to true enlightenment as you’re ever going to get anyway. And that’s okay.

A healthy sense of humor creates a good disposition and a robust character:

“Good, better, best. Never let it rest. ‘Til your good is better and your better is best.” ~St. Jerome

The problem with our culture is that all the focus is on humor (jokes, puns, gags) with little to no focus on either character or values. This leads to lopsided, one-dimensional humor—humor that eats itself, that jokes with no heart, that pokes fun with no thought, that exacerbates delusion. It creates a humor that’s all ego and no soul.

When we are able to laugh at the human condition, our thinking becomes sincere rather than serious. It becomes laced with levity, inflicted with irony, fortified with a sense of play. Humor is the last and most powerful of the Seven Core Values because it subsumes them all.

As R.A. Lafferty said, “The law of levity is allowed to supersede the law of gravity.” And so, a good sense of humor supersedes the human condition. It’s a wave that we can use to surf over the misery of our mortality and gain a higher perspective.

The Scream of the 21st Century by @artarjen

This article (The True Power of a Good Sense of Humor) was originally created and published by Self-inflicted Philosophy and is printed here under a Creative Commons license with attribution to Gary Z McGee and self-inflictedphilosophy.com. It may be re-posted freely with proper attribution, author bio, and this statement of copyright.