The Truth about 5G 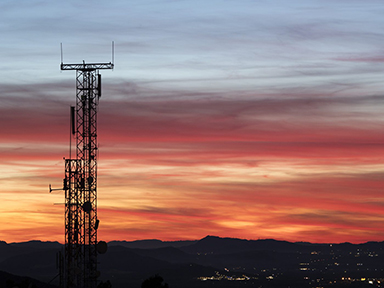 The Truth about 5G

It is astonishing how little most people know about 5G – what it is and what it isn’t, and what it means to our bodies and our planet.  With Huwai and Telus already trialing 5G in downtown Vancouver, we need to understand what 5G really is beyond the hype and promises of a hyper-speed utopia.

What 5G is NOT

Although promoted by the telecoms as a harmless next step in a line of wireless advancement to give use faster download speeds and futuristic technological abilities, 5G, developed by the military, is a completely different type of technology than the current system of cell tower signals we now use, at a vastly more devastating level of risk.

Then what exactly is 5G?

5G (5thGeneration) wireless operates on much higher frequencies, with shorter wavelengths than current cell tower frequencies.  Because this shorter wave is only effective over short distances, in contrast to our well-spaced cell tower masts, millions of small base stations will be placed in our communities to transmit the service. Estimates are transmitters will be required every 100 meters, with not just single antenna, but with multiple antennas in phased arrays. Think of a cell tower on every 2-10thhouse on your street, possibly directly in front of your or your child’s bedroom window.

5G is Thousand times the level of 4G Radiation

The short wave of 5G is a microwave, in the frequency range of your microwave oven. Which is why 5G has been likened to sticking your head in the microwave oven and turning it on – forever.

The effects of this type of radiation on the human body, as well as to all life on our planet is immense. Radiation destroys or mutates our DNA, which directly or indirectly leads to cancer. Lists of other symptoms from radiation exposure range from neurological damage, cognitive issues, immune compromise and yes, death. Thousands of peer reviewed studies exists regarding the devastating effects of electromagnetic pollution and radiation. 5G will be producing tens to thousands of times the levels that are currently documented. Radiation that goes through walls, through our skin and into our DNA.

Declassified DARPA information also reveals that these 5G frequencies are the same used by the US Department of Defense in crowd control weapons (Active Denial System). This alone should give one pause to consider the implications and the level of threat.

5G will result in a massive increase of inescapable, involuntary exposure to wireless radiation from the soon ubiquitous mini transmitter devices attached to trees, poles, buildings, street lights. It gets worse – currently there are several companies proposing to provide 5G from space from thousands of satellites that will blanket the Earth with powerful, focused, directed beams.

They know it’s a kill grid

The World Health Organization (WHO) has classified wireless devices as potential carcinogens. Many countries have removed or banned WiFi around schools because of community protests. In Quebec, a Class Action was recently filed in against 50 Respondents including the Attorneys General of Quebec, and approximately 40 corporations involved in the manufacture, production, servicing and transmission of EMF and RFR for their contributory roles in the transmissions, products and services.

With this level of concern with our current technology and infrastructure, we are now about to ampup the intensity of these frequencies exponentially, and deploy thousands more transmitters and ensuing radiation.

You might be surprised to learn that the wireless industry recently admitted that ZEROsafety studies exist on 5G technology. In the US, the Federal Communications Commission (FCC) and the Food and Drug Administration (FDA)—government agencies jointly-responsible for ensuring that cellphone technologies are safe to use— were taken to task at a Senate hearing for failing to conduct ANY research into the safety of 5G technology!

In September 2017, a group of 80 scientists and doctors from 35 countries, recommend a moratorium on the roll-out of 5G, until potential hazards for human health and the environment have been fully investigated by scientists independent from industry.

Cities and countries all over the world are trying to put the brakes on 5G deployment. Brussels, Switzerland, and many US cities are trying to halt these reckless roll out plans. In fact many groups consider the deployment of 5G constitutes an experiment on humanity and the environment that is defined as a crime under international law.

As a species, we have never undergone an onslaught of such unrelenting, constant and unavoidable radiation as this. We are literally going to be the experiment in this unspeakable crime against humanity.

What to do? Read, research and investigate. And TALK about it with your friends and neighbors. Many people have no idea what 5G brings and its implications. Point them to an article, a video or a presentation. Some Ideas and references are below to help.

There are much better answers to ‘’faster internet’’ than the 5G kill grid.  The irony is we are inviting this into our lives and our homes. We buy the phones, we want the service. We are sealing our own fates through our own actions if we don’t wake up.

International Appeal – Stop 5G on Earth and in Space       https://www.5gspaceappeal.org/the-appeal

References for the Article:

WHO classified as carcinogen

Use as a weapon