The VOLTAGE of Cancer: Why Give It All Up for Wi-Fi Cancer? 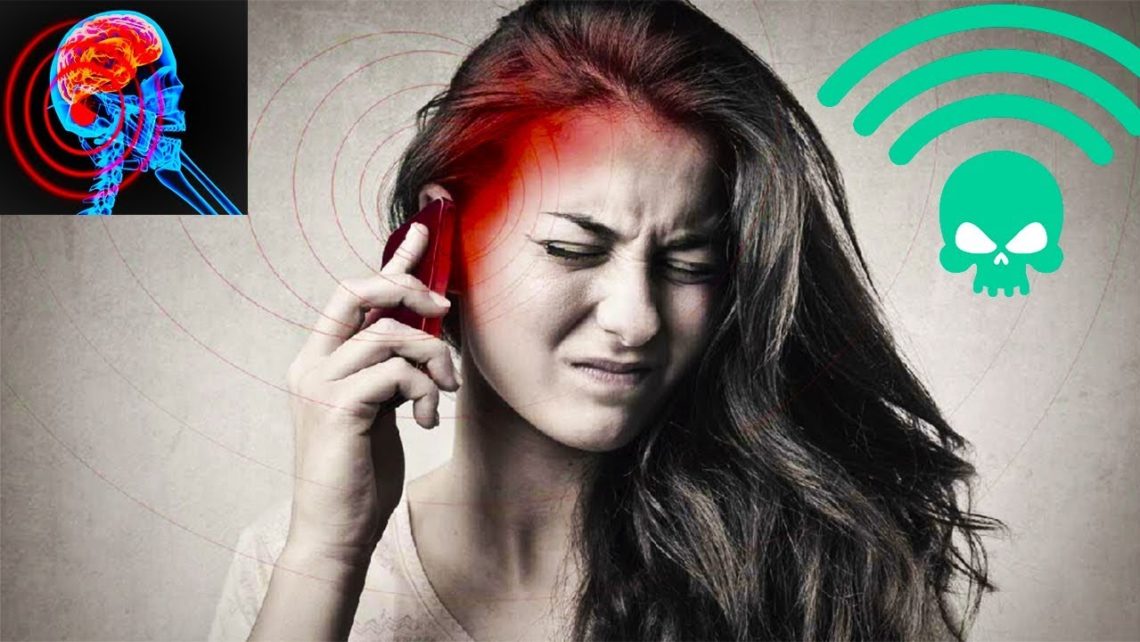 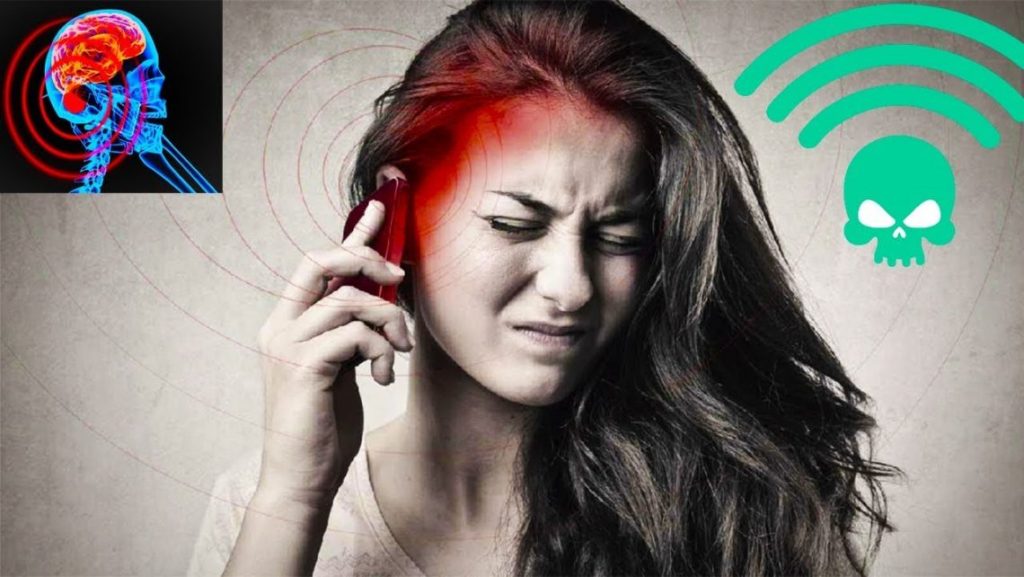 The VOLTAGE of Cancer: Why Give It All Up for Wi-Fi Cancer?

Wi-tech continually exposes everyone in the USA to a confirmed human carcinogen, on par with asbestos, tobacco poisoning and radioactive fallout.

Wireless technologies –and the millions of environmental microwave antennas that support them– produce the VOLTAGE OF CANCER.

This high-frequency electromagnetic pollution, delivered with the intensity of a pneumatic drill, pollutes the air everywhere and it deeply invades human bodies.

The VOLTAGE OF CANCER is especially pernicious because it is not perceptible to normal human senses and few people know how to detect and quantify it.

The VOLTAGE OF CANCER is a consumer product that produces $billions in annual profits.

Americans are programmed to love and crave the VOLTAGE OF CANCER. [1]

Those who love the VOLTAGE OF CANCER will suffer degradation of: brain and cardiovascular function, eyesight, hearing, and immunity.

They will also forfeit the genetic integrity of their offspring. The VOLTAGE OF CANCER is a potent teratogen and mutagen for egg, sperm, fetus.

We are seeing the results in damaged children across the nation. Already 6.7 millionUS kids require special education because of physical/mental impairments. [1a] 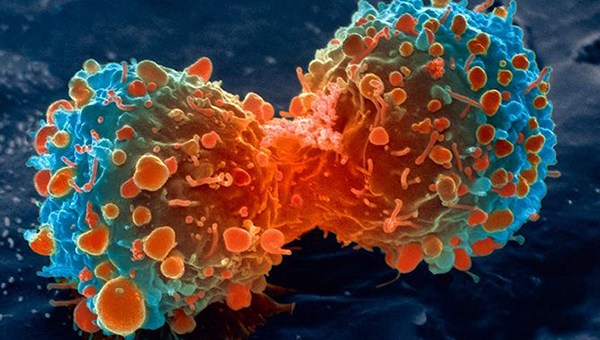 Across the year, that is 4,754 new invasive cancer cases per day, every day.

Nearly one fifth of these new cases will be a second primary cancer for people who have suffered a different version of the disease before. [3]

Cancer is the leading cause of death by disease in American children. [4]

One half of all Canadians will develop cancer in their lifetime. [5]

Wireless VOLTAGE of CANCER is a huge environmental risk factor. It is synergistic with toxic environmental chemicals that heighten the risk. [6]

Wi-voltage has turned the USA into a cancer factory. And it’s growing worse by the day!

The International Agency for Research on Cancer (IARC) is an arm of the World Health Organization.IARC currently designates RF/microwave radiation used for wireless technologies as a Group 2B (possible) carcinogen. A team of 31 scientists from 14 countries approved that designation in 2011.

IARC confirms that  RF/microwave radiation couples with human bodies as electromagnetic currents and creates “hotspots” throughout the flesh. [7]  These microwave currents invading the body can be measured by detection equipment in terms of voltage: THE VOLTAGE OF CANCER.

IARC’s Group 1B designation is outdated!  RF/microwave radiation propagated for wireless technologies meets all Bradford Hill criteria as a confirmed human carcinogen. [8]  Bradford Hill criteria is used in court cases to prove causation. Now in 2018, experts across the globe agree that there is sufficient medical and scientific evidence to UPGRADE wireless microwave pollution to IARC’s Group 1A list of known cancer-causing agents.  IARC’s 1A carcinogen list includes:

Among top scientists calling for the IARC upgrade is Dr. Anthony B. Miller, professor Emeritus at the University of Toronto and long time advisor to the World Health Organization. Dr. Miller was senior epidemiologist for IARC when radio frequency radiation was designated as Class 2B carcinogenic. [9] He confirms that current scientific data now requires a Group 1A upgrade for wireless radiation FROM ANY SOURCE: mobile phones and tablets, cell tower antennas, Wi-Fi antennas, Bluetooth antennas, wireless sensors, smart utility meters, broadband satellites/balloons and millimeter wave antennas. Dr. Miller joined over 180 other scientists and doctors across the globe who affixed their signatures to an urgent appeal written for the European Union and the United Nations. This document flatly states that the radio frequency portion of the electromagnetic spectrum “is carcinogenic to humans.” [10]

The record shows that in the 1990s, the Wireless Radiation Industry was told by its own scientists that cell phones could cause cancer and genetic damage. [11] Enriched by billions in radiation profits, the industry is desperate to conceal this fact from consumers who buy the VOLTAGE OF CANCER.  The Wi-lobby’s game is to lie and deny; its obscene slogan is “no credible evidence of harm.” For many decades the tobacco industry played that genocidal game too. But in 1998, Big Tobacco was stunned with the Master Settlement Agreement which stipulated that the largest tobacco companies pay a minimum of $206 billion to those eligible for health damage compensation. Today, the slightest acknowledgement of RF/microwave health harm would trigger insurmountable liability because wireless wave carcinogen has been delivered to everyone in the USA for over three decades. Neither the federal government nor the Wireless Radiation Industry want to trigger another master settlement of such magnitude.

Likely none of us will see the day when the US government and its agencies confess that they have knowingly induced the masses to communicate and recreate with a digital version of asbestos, Agent Orange, nuclear fallout. The wireless lobby will certainly never confess its crimes, just as the tobacco industry to this day denies proof of harm from its poisonous products. Therefore, it’s every person for himself when it comes to education on the most insidious and abundant carcinogen of the Microwave Age.

There are two ways to access critical information on wireless pollution: THE HARD WAY and THE EASY WAY.  In the 8-minute video below, the late attorney Jimmy Gonzalez explains to public officials how he got his education on wireless poisoning THE HARD WAY.  The mobile phone equipment that inflicted Jimmy with terminal brain cancer and tumors at two additional sites on his body involved mainly the older 2G technologies which utilized only one microwave antenna. By contrast, today’s 4G smart devices have multiple blazing antennas that drill diverse carcinogenic frequencies simultaneously into the body.

For people who prefer learning about wireless carcinogen the EASY WAY, there is now monumental scientific evidence that can help alleviate suffering and save lives. Click on the skull and bones below for full scientific disclosure on the carcinogenicity of the ubiquitous microwave radiation that now perpetually slams through everyone’s body, pollutes most inhabited buildings and eviscerates the outdoor environment. This published, peer-reviewed documentation is vital for rethinking our personal and national situation.

The Debate is Over: 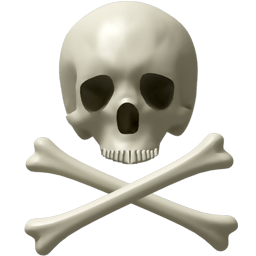 With a tsunami of DEFINITIVE scientific and medical studies like these, it’s no surprise that “smart money” has long acknowledged the destructive potential of the VOLTAGE OF CANCER. The insurance industry treats wireless antenna radiation like “the new asbestos.” Lloyd’s of London, leading the global reinsurance industry, ranks microwave radiation as an ultra-high risk. It refuses to cover any claims arising from the wireless frequencies routinely propagated into the bodies and brains of millions of Americans. Swiss Re, another huge reinsurance firm, also refuses coverage for the liabilities of electromagnetic frequencies, including wireless radiation. Rating electromagnetic fields higher on the liability scale than asbestos and mad cow disease, it warns that unforeseen consequences of wireless technologies could lead to an avalanche of claims and significant product liability losses in coming decades. [12] The Nation Magazine reported in 2018: “The Nation has not been able to find a single insurance company willing to sell a product liability policy that covered cell phone radiation. ‘Why would we want to do that?’ one executive chuckled before pointing to more than two dozen lawsuits outstanding against wireless companies, demanding a total of 1.9 billion in damages.” [13]  Likewise, top mobile phone firms warn their shareholders about litigation and possible cancer risks of mobile devices but fail to warn consumers in their ads and packaging. [13a]

Link to the rest of this article