There are Aliens in the Cornflakes, Unicorns in the Soup AND God in the Secret Chambers of the Heart. 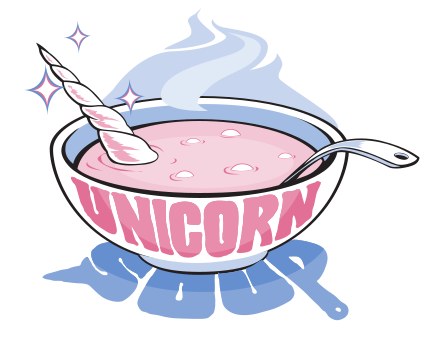 There are Aliens in the Cornflakes, Unicorns in the Soup AND God in the Secret Chambers of the Heart.

I tend to see conditions, events and the future, through the lens of my own life. EVERYTHING in life impacts on all of us but most of us don’t feel it …because of the press of Materialism upon our consciousness. The greater the force of the material world upon our senses, the less acute are our higher senses so… we miss a lot. I should here add that EVERYTHING we think and say and do, affects the rest of the world, both the world seen and unseen. Our personal Karma is the fruit of our impact on everything else …and EVERYTHING else affects us in a very specific personal manner as a result. It is a tight and seamless cycle.

Generally life just goes on through predictable sequences and ALL OF THESE SEQUENCES are determined by the outworking of Karma and that Karma presents according to the age it is taking place in and its nature is influenced by the degrees of light and darkness in that age. There are four ages that proceed from the most light infused to the least light infused. We are presently in the time of the least light infused. This is also the time of summing up and comprehensive payback and… that means that whatever wasn’t sorted out in any of the preceding ages WILL BE SORTED in this one. It accounts for the absurdly eclectic manner of occurrences, that seem to make no sense sometimes, unless you consider that this is the age where EVERYTHING GETS SORTED. That is a common feature of an apocalypse in any case; things being revealed, uncovered and ALSO, ‘defined’ and then… sorted. In a Grand Apocalypse, which this is, EVERYTHING in present time is sorted AND EVERYTHING from every other time is sorted too. It bears keeping in mind as events continue AND accelerate AND time continues to speed up.

There are all kinds of details that come into play with this whole affair, as you might imagine, and not space nor time enough to present them all here, nor do I have a comprehensive knowledge in any case. Knowing or not knowing the minutiae doesn’t matter anyway. Knowing your own heart and mind are what is important and because of the force of Materialism, fewer and fewer people do, or care to. What most find important is WHAT’S GOING ON OUTSIDE US, NOT INSIDE US. Of course the truth of this is quite the reverse but, in times of Material Darkness, EVERYTHING gets more and more backwards and upside down and more and more what it is not and less and less what it is and so… ERGO… you get men who think they are women and women who think they are men and increasingly more and more people who think they are something else entirely. You get bizarre diets and strange cosmetic procedures. You get ridiculous fantasies that are believed to be true. There are aliens in the cornflakes and unicorns in the soup.

These deluded people and twisted circumstances are not something one can wave a wand over and restore to their original nature. You can’t kiss these frogs and turn them into princes. It all has to play out, according to the Karma attached to each person, to each culture, to each political system, to each religious tradition.

One might say that all of these are more to be pitied than to be censored. I look at it the way I would anyone’s efforts to save someone who is drowning. As the record shows, a great many people are drowned, along with the person they are trying to save, because the drowning person has a great deal of strength, as… you… could… imagine. The proper way to save a drowning person is to swim under or around them and come upon them from behind. One should extrapolate this example out into other perspectives, as they apply to one’s own situation. Am I being too unnecessarily convoluted here? Hopefully not.

As we stated previously… yesterday? The most important feature of an apocalypse is not the revealing, uncovering, exposing or similar. It is the AWAKENING. The single important aspect of an apocalypse is the awakening that it causes, as a result of what it reveals and uncovers. Because of the cultural myopia that is epidemic across this country, the singular impact that Mr. Apocalypse is having, is not being seen. I don’t know what people think is happening. It likely varies across a wide spectrum but the force of the apocalypse, personified in this cosmic personality, is affecting every aspect of existence. It is a source of tremendous faith for me. It verifies and validates what I believe in and what I wholeheartedly support. Mr. Apocalypse is a reservoir of great comfort to me. He is the face of dynamic change in this time of rising uncertainty. He is the hand of God at work in the human heart and mind and in all the circumstances and conditions of manifest existence.

He strolls invisibly, like the man in the tuxedo in Putting on the Ritz, who is not invisible (grin).

For a period of time, he’s been cruising along at a particular speed. That has just changed and his impact is moving into the exponential. Now… events that were not happening before, are now happening and will soon become routine. Then…? Then new events we had not seen previously, are going to be happening and they too will become routine. All of this is to condition the human mind for a Great Awakening that is materializing on our virtual doorstep. EVERY MIND is going to be affected. No mind will be left untouched or unchanged. Not every mind is going to welcome this intrusion but NO MIND can withstand it. It can be as smooth as a swan sailing across a still lake, or it can be as if a great storm arose and tossed the whole of the lake’s surface into a raging inferno of fear and anger. These will be the extremes and then there are all the points in between.

Some of us have been preparing our hearts for the return of The Messiah. Some are waiting for The Mahdi. Some are waiting for Maitreya and some are waiting for Kalki. None will be disappointed. I realize there are Fundamentalists in every faith who INSIST that ONLY THEIR VERSION OF GOD IS REAL. There is ONLY ONE GOD. There is ONLY ONE and this time the avatar is coming in the human heart, wherever a place has been provided for him. What else could make sense? Should he come as a single manifest persona as we move toward 9 billion people? Hardly. This is also The Aquarian Age. The definition of the Aquarian Age is The Age of Brotherhood. To me this means that the fullness of God is coming into the human heart, to express in universal love for one another.

There are many hearts that are hardened against the presence of God appearing. They want no part of it. In that respect, God is going to be making an appearance in their minds and they will have the choice of two possibilities, accept what they never believed to be possible, but which has suddenly given proof of itself in the most intimate way or…? They will have the option to embrace it and- because of the magnificent mercy, forgiveness and compassion of The Almighty God- just as with the sheep that went missing and which the shepherd found;

“Does he not leave the ninety-nine in the open country and go after the lost sheep until he finds it? And when he finds it, he joyfully puts it on his shoulders and goes home.”

Yes… it will be like that. But for those whose hearts continue to resist the intrusion of The Avatar of Love? They will go mad. AND is this not already happening? Yes… it is.

Why is it so hard for so many people to believe this? Some of the greatest minds that have ever appeared on this plane have spoken of it. Of course the time arrives when the master arrives, when the master reappears and when… when would that be? It would be when we needed him most. Here is what one of the world’s greatest scriptures has to say about the return of the living god, to this plane of existence;

“Whenever virtue subsides and vice prevails, I manifest Myself, for redemption of the virtuous, annihilation of the vicious and for the establishment of Religion in every Age.”

Every bonafide religion speaks of the return of The Supreme Being in human form. The Apocalypse is the precursor for the appearance of the one, who is coming in our hearts this time and will transform us and usher in a golden age.

I do not wish to offend the members of any religion, unless it be Satanic and that I do simply by drawing breath. I do not mean to offend but I do not subscribe to dogma and cant. I do not blindly follow traditions, interpreted to me by fallible and sometimes compromised and corrupted men. People like Joel Osteen, Kanye West, John Haggee, Benny Hinn and the rest of them, with private planes and enormous bank accounts, are not men whose spiritual nature impresses me. I am sorry. I do not mean to judge but there is something about these men. There is something about Pat Robertson and many another that curdles my blood and drives me away. I am sorry… but I must find the living ineffable within. I do not follow men.

I serve and follow the indwelling everlasting, who speaks to me through intuition and the small, still voice, out of the secret chambers of the heart. I do not have to convince anyone else of this. I have only to convince myself and I HAVE BEEN CONVINCED, beyond any possibility of doubt, EVER. I am not on a mission to pressure people into believing me. I seek to live by example and pray to serve in whatever small way can be accomplished by me. I pray that my shortcomings be lifted. I pray that I can give a good account of myself and time will tell in that respect.

I seek to imitate The Sun. I wish to live and act and behave as The Sun Does. I seek to shine on everyone without rancor or censure. I’m not there yet but… one day I will be. It could be tomorrow… or in ten thousand years, but until it does happen… there is NOTHING ELSE of any other importance to me. There is NO SECOND CHOICE.

Come soon Dear Lord, many an eager and contrite heart awaits you.

♫ It Always Breaks Your Heart ♫