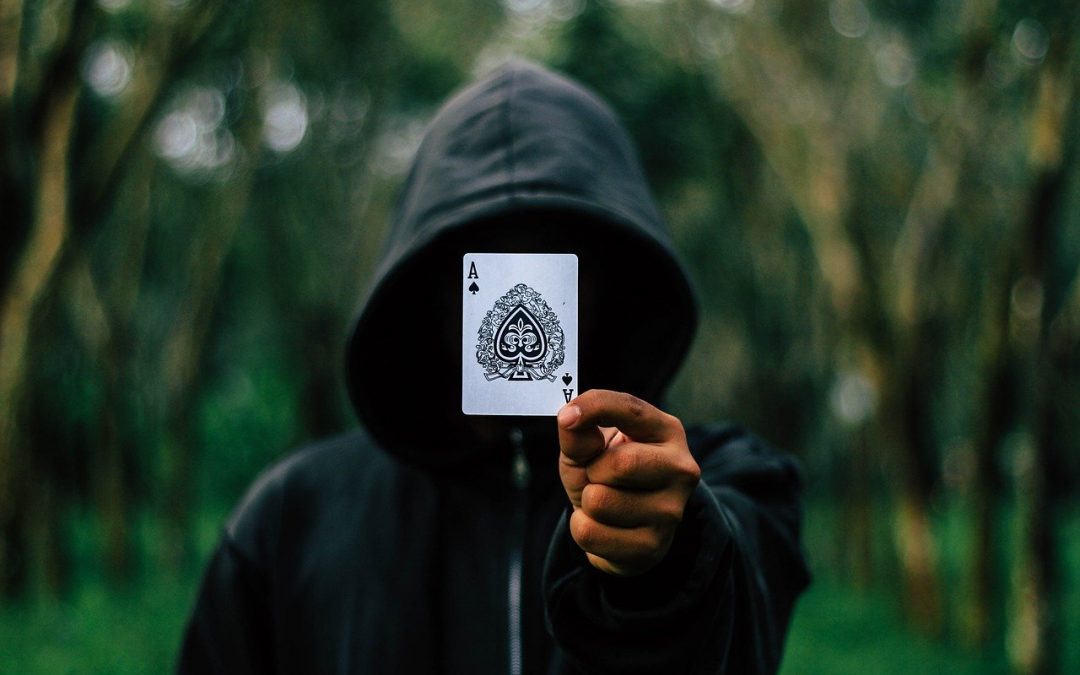 There are people around who believe that if we all wear masks, obey the social distancing laws and become true slaves to the system, then everything will be back to normal by Christmas at the latest.

In the last 24 hours I have read, and been dismayed by, three articles by writers who believe that if we all behave properly, and do exactly as we are told to do, the coronavirus will slink off and all will be well with everyone back at work, the economy beginning to boom and the world well on its way to a recovery. There are even some who were shocked at the suggestion that taxes will rise dramatically in the next 12 months or so. Where do these people think the money came from – the money that an ex Goldman Sachs, currently the UK Chancellor, was throwing around with such gay abandon.

Of course, they add as a rider, we won’t be able to forget about social distancing, and we may have to keep on our masks until the vaccine is ready, but everything will be normal apart from that.

I wonder what these people have inside their skulls. Porridge? Those little white polystyrene balls that are used for packaging? Bubble wrap?

They certainly don’t have brains.

The people now planning to rule the world, a group of billionaires and would-be billionaires who I will, for ease, refer to as the enemy, have decided that there are too many people in the world and that the earth would be more comfortable for them if the total were reduced to around 500,000,000.

Since the current population is around 7 billion that means that at least 6 billion of us are surplus to requirements, unnecessary, not wanted on voyage. Since their ambition has a convincingly eugenic flavour they will presumably want to get rid of the weak and the poor and the elderly and the frail.

So how are they going to do that?

Well, the ignorant, scare mongering climate change nutters have done some of their work for those who want us dead. The brainwashed children and idiots who believe in man-made global warming are helping the enemy enormously. Cutting back on our use of oil and gas will kill hundreds of millions who will die of hunger and cold.

And I have no doubt that the enemy will manage another plandemic.

The abominable Gates and his wife have already said that people will pay attention when the next pandemic arrives. And I thought they both smirked very knowingly when Bill made this prediction.

It wouldn’t be difficult.

They could just say that the coronavirus which caused Covid-19 had mutated. Or they could blame a pig virus or a cuckoo virus or maybe a virus from the Gates family – something unpleasant.

It wouldn’t really need to be something too nasty. After all, a really bad virus might kill off some of the billionaires.

I rather suspect that we are going to have more alleged virus health calamities coming up. If it isn’t the coronavirus in a pre-ordained second wave it will be something else. If they can make up one crisis then they can, and will, make up many more.

All it needs is good marketing, and organisations like the BBC will provide all the myths and fake news that the enemy will need.

The BBC, The Guardian and the Daily Mail could turn tapioca into a deadly threat.

Of course, the plan to reduce the global population is already doing well.

The enemy has got everyone social distancing. And that is known to cause illness and to kill people. The CIA reckon that social distancing is one of the most powerful weapons there is for controlling large numbers of people.

They managed to murder huge numbers in the care homes and they have killed vast numbers of the sick by closing down hospitals for absolutely no good reason.

The masks will kill quite a few people too. It’s well known that they reduce blood oxygen levels, and those with respiratory and cardiac disorders will die. It’s true that surgeons wear masks but the circumstances are entirely different. Women’s movement enthusiasts used to burn their bras. Perhaps, we should burn our masks – in an environmentally acceptable way, of course.

Even the sanitising gel they insist we use a dozen times a day will kill some people. (If you haven’t seen it, watch my video on hand sanitisers. Or read the script on this website.)

But I think their biggest weapon is food.

That’s how they are going to bring the population crashing right down.

Food shortages are coming and the cost of food is going to rise even faster than it has been doing. And it isn’t because of global warming or whatever other lies they tell you – it is, however, a side effect of the coronavirus hoax.

All around the world food is in short supply. The price of the world’s most important staple food – rice – has risen by 70%. Food prices in the US have recently seen a historic jump and are, I believe, destined to stay high and go higher. Countries which have good food production are halting their exports. Vietnam, for example, has stopped exporting because they need their food supplies at home. And you cannot blame them. Some authorities condemn it as nationalism but all countries, all villages, all homes would do much the same.

And it is the managed over-reaction to a virus known to be no more dangerous than the flu that is causing the problem – and that will result in millions of deaths to add to the millions who are going to die as a result of the lockdowns.

The global death rate because of the food shortage is going to be measured in hundreds of millions – and eventually in billions. Africa and Asia are going to see the worst levels of starvation ever seen. I fear that those countries which have some grain will flog it to America – despite massive starvation. Black lives matter protestors, who have been manipulated by professionals, would be wise to forget about Cecil Rhodes’s statue, and where they’d like to see it placed, and concentrate instead on helping Africans who are going to be subjected to the worst genocide in history.

So, how is the coronavirus scandal responsible for the food shortages that are coming?

Processing plants and distribution centres all around the world have been deliberately severely disrupted by the massive over-reaction to this fairly ordinary virus.

Around the world more and more testing is being done. And although the tests are about as trustworthy as Gates, Clinton and Soros – your local purveyors of fear and death – they are treated with undeserved reverence. Curiously, it seems to me that farms and food distribution centres are being tested more than, say, civil servants or tax officials. This is odd because the chances of the virus being carried on food are roughly the same as the chance that the moon is made of cheese.

As a result, huge crops of vegetables and fruit are being ploughed into the ground. Millions of animals are being slaughtered and then buried or burnt because the supply chains have been shut down. America, almost unbelievably, has been importing beef because of the shortages.

The world lockdown, and the mass house arrests that were engineered to keep us all subservient, mean that thousands of farmers cannot get their crops picked. Fruit in particular is likely to rot in the fields, and tankers full of milk are being poured away. Controls on transport have meant that it has been difficult to move food from where there is a glut to where there is a dearth. It would have been easy for governments to insist that furloughed workers should help pick the crops but they didn’t do so. And why would they? The plan is to eradicate the poor and the weak.

And the unsurprising consequence of all this is that there are going to be massive shortages of fruit and vegetables, and prices are going to rocket.

In the UK, the most toxic of the Remainers, the fascist EU loving lunatics, bigoted, soaked in their own prejudices and consumed by ignorance, will blame Brexit for the shortages. But then, if they develop a bald spot or lose their keys they blame Brexit.

In the US, the media will doubtless blame Trump for the food shortages.

Sadly for them all, the shortages will be global.

All around the world there will be a shortage of almost all foods.

This isn’t the sort of fear-porn favoured by irresponsible main stream media giants such as the EU and Gates supported BBC.

Other factors are going to ensure that the shortage just gets worse.

If and when the economy is allowed to stutter into action again, the price of oil will doubtless eventually rise because the existing supplies are diminishing rapidly and most oil companies have pretty well given up exploration.

The rising price of oil will mean that farming and transportation costs will rise and that will push up the price of food still further.

I tell you this not to scare you but because when you know something is happening you can do something about it.

You may think it is worthwhile building up your stocks of long-dated food staples such as rice and pasta. Dried and tinned foods which have long dates are good. As you eat your stocks, replace them with more.

Governments tell us not to store stuff but the military don’t buy bullets the day they need them, do they? If you have a garden and can grow your favourite vegetables or fruit that’s probably a good idea but watch that no one climbs over your fence and steals them. I don’t recommend having an allotment – the chances of you being able to harvest your own crops are too remote because they will be stolen. It might also be a good idea to stock up on vitamin and mineral supplements if you usually take them.

I’ve always been a bit of contrarian, though I don’t suppose anyone would notice, and I’m convinced that the time to panic buy is when there is no panic.

I hope the advice here will help you and your family to have a better chance to be strong and healthy. Countries look after themselves and we all need to do so. It isn’t selfish. It’s survival. If you buy food you will eat anyway, and you store it carefully, what have you got to lose? If I’m wrong and there is no enemy and there are no food shortages then you can always eat what you’re stored.

If and when your government finally warns you of this problem it will be far too late.

Remember: you should stockpile food now – don’t wait for the panic

International best-selling author, Dr Vernon Coleman MB ChB DSc FRSA, explains in the video why he is fed up with the sanctimonious mask wearing idiots who obey social distancing rules and are enabling the deceitful bullies in government. The zombies, he says, are our enemies as much as the people pulling the strings. And he explains what he’s doing about them.

For more unbiased information about other important issues, please visit http://www.vernoncoleman.com The transcripts of the videos that YouTube banned are also on the website.