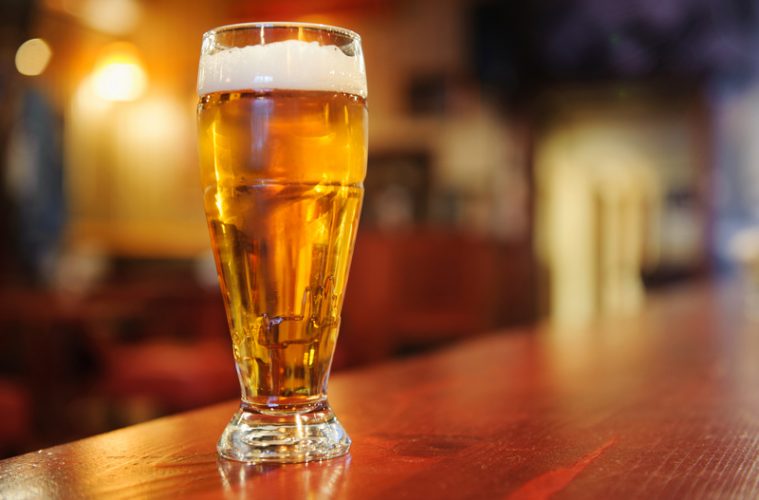 There is so much to say about this widely used and accepted (and often encouraged) drug. I mean, the simple fact that it is indeed a drug is worth talking about. Few people consider alcohol a drug, and I can’t help but wonder why. Is it because it is legal in our society?

Perhaps it is because it is advertised everywhere we turn and glamorized so heavily in the media. But are we aware of just how damaging this drug can be? Not just for those who suffer from alcoholism, but for anyone consuming more than an occasional drink at a time?

Alcohol Is More Harmful Than You May Realize

Many people simply do not understand how and to what extent alcohol affects our physical and emotional well-being; this is aside from its already addictive and damaging attributes. It’s a known carcinogen, decreases B12 and vitamin D production, blocks calcium absorption, is a depressant, can cause liver damage and memory loss. (Read more.)

We learn about the dangers of alcoholism and substance abuse in school, but our education about it pretty much stops there. We don’t really learn about the toxicity of alcohol and how even moderate use can harm our bodies — yes, even moderate consumption of alcohol can cause lasting damage. Many people feel pressured to drink, even when they don’t want to, in order to avoid being a ‘wet blanket,’ or ‘lame,’ or ‘not fun.’

Some of My Personal Experience With Alcohol

Since I stopped drinking over a year ago, I’ve been met with shock and disbelief on many occasions, and I’ve even had a few people cancel dates after finding out I don’t drink. I understand that alcohol can ease social situations, as it definitely helps to ‘loosen you up,’ especially when meeting new people, and I worried at the beginning of my sobriety that it would be hard to fit in. I noticed in no time at all, however, that being sober forced me to step out of my shell more, and to actually look at my insecurities, whereas alcohol just acted like a mask, and made me become a skewed version of myself — often, in my case, an unrecognizable version of myself.

For a long time I justified my alcohol use by saying, “I’m just having fun,” or “I’m young, and it’s expected to party a lot when you’re young,” etc. But I found that more often than not, the next morning I would be completely sick and disoriented, with no recollection of actually having had fun. For me, it was really just an escape, and during my near 10-year struggle with alcohol addiction, I found every which way I could to justify it — and the interesting thing is that many of my peers would even justify it for me, encouraging it despite the fact that I clearly had some issues.

In writing about this subject in the past, I’ve realized it is a touchy one. Don’t get me wrong, some people can absolutely handle alcohol and use it wisely, but the reality is that the majority of people cannot. While not everyone has a “problem” with alcohol, many unknowingly drink more at a time and more frequently than their bodies can handle.

Below is a psychologist’s take on alcohol consumption. His perspective might just make you reconsider your relationship with this substance.

Alcohol can trap you in a vicious cycle. You feel down when you aren’t drinking, so you drink again to feel that rush of dopamine that you’ve been missing, and then it wears away, leaving you feeling even worse than you did before you chose to drink. It seems as though the only way to get back up again is to drink again, and thus the cycle continues. I’m sure that some of you who are reading can relate to this feeling.

I believe that the more we wake up to our own divinity, and build up our self-love and sense of worth, the less we feel the need for things like alcohol to make us feel good. For me, all it ever did was make me feel worse, and although I attributed much of my depression to other factors in my life, it wasn’t until I stopped drinking that I realized how much of it was just a byproduct of alcohol consumption.

I can say, wholeheartedly, and with so much peace, that my life has completely transformed since giving up this drug last October. The decision to quit drinking was something I quite honestly never thought would be possible for myself, as I couldn’t imagine myself actually having fun and meeting new people completely sober. But, let me tell you, it absolutely is possible!

If this information resonates with you even a little bit, then maybe you might consider cutting out alcohol for one month to see how you feel. It’s always good to take a step back and see how these things are actually affecting us. Many of us go to great lengths to take care of ourselves — mind, body, and spirit — but often we make exceptions for a poison that comes in the form of alcohol. Maybe it’s time we took a step back and looked at that and asked ourselves why?

This goes for any substance at all really. If we ever feel we need something to escape, or even just to get us through a social situation, then indeed we should be looking at that, asking ourselves why, and observing our actions and what it feels like to take that thing away.

Sometimes we forget what we are capable of, sometimes we let our past define our present, and sometimes we let outside factors take over, but it’s time to remember just how important you are and just how much you are capable of. Sometimes we forget, but that’s okay, because eventually we remember, and when we do, we are full of experience and understanding, and in this way can become the highest versions of ourselves — a version of ourselves that we had been preparing for all along. You have the power to create anything you want, remember?