This is How the Elite Will Shut Down Your Free Speech 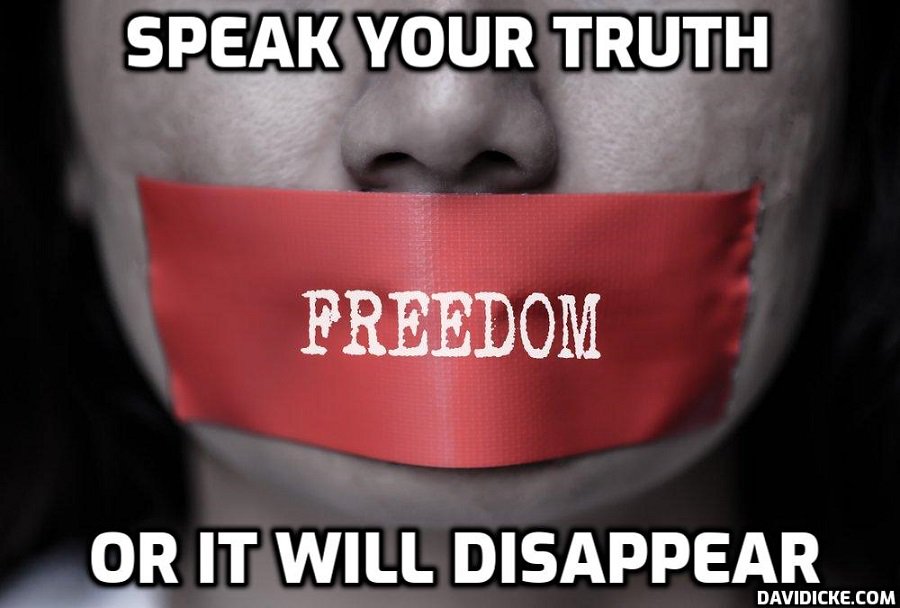 This is How the Elite Will Shut Down Your Free Speech

It might be time to get off Gab, Voat, and other “white supremacist” social media sites. These are not bona fide racist websites—unlike, say, the Daily Stormer—although they do have an appreciable percentage of what the state now calls “white nationalists” freely posting and (in the United States, for now) exercising what remains of the First Amendment.

Supposed white nationalism is a carefully crafted amalgamate. It is vague enough to include political movements and ideologies that have nothing or little to do with race—libertarians, anarchists (the real ones, not the Antifa variety), antiwar leftists, even pro-life activists and a handful of carefully selected national politicians, including the president of the United States.

The dissimilar aspects of these groups and individuals are ignored by the state and its media as they pursue a higher objective—not only depriving people of the right to speak freely, but also categorizing them as terrorists, not merely domestic terrorists but international terrorists on par with the artificially created Islamic State and its CIA designed forebearer, al-Qaeda.

In order to make all of this stick, the participation of a foreign entity must be seen as manipulating and driving the white nationalist and supremacist movements, never mind the small number of people who actually subscribe to a race-based ideology (excluding the officially accepted racist ideology of Black Lives Matter and others).

White supremacist terrorism around the globe is being manipulated by Russia for political ends, senior U.S. national security officials have warned. Such white supremacist groups are “emulating” jihadists like Islamic State of Iraq and the Levant by forging a “transnational” community of followers, using social media and encrypted communications platforms, the experts said. Joshua Geltzer, former U.S. senior director of counter terrorism, said: “The Russian government adds violent energy to the emerging transnational network of white supremacists, spreading its cause in part through disinformation aggressively disseminated online.” Ali Soufan, a former FBI supervisory special agent, told lawmakers that the “emerging epicenter” of white supremacist extremism is Russia and Ukraine. “There are extensive ties between the Russian government and far-right groups in Europe.”

In short, if you oppose official narratives on a number of issues—war, the economy, vaccines, climate change, the Deep State, “social justice” for state-designated victim groups, and more—you are a white nationalist terrorist and therefore a fellow traveler or clueless dupe of Putin and the Russians.  White nationalism and white supremacy are now tightly entwined, thanks to years of relentless propaganda.

White supremacist terrorism around the globe is being manipulated by Russia for political ends, senior U.S. national security officials have warned.

Nick Allen writes in The Telegraph that Joshua Geltzer, former U.S. senior director of counter terrorism, told lawmakers that the perpetrators of white supremacist violence should now be treated as international, rather than domestic, terrorists.

Such groups are “emulating” jihadists like Islamic State of Iraq and the Levant by forging a “transnational” community of followers, using social media and encrypted communications platforms.

The state and its corporate and NGO partners (the true definition of fascism) have a drastic solution to this largely fantasized threat—arresting and prosecuting those who provide “material support” to white nationalist terrorists. If this comes about, they will have to add a couple more wings at the Gitmo torture dungeon in Cuba.

Designating white supremacist groups as foreign terrorist organizations would make it easier to prosecute those who provide material support to them, and to freeze financial accounts in the U.S.

Maybe you won’t be Gitmo-ized for posting your opposition to illegal immigration—which is, according to the social justice mob, ipso facto racism, and hate—or buying merchandise on a website the state declares to be a terrorist front. Maybe the state will go light and merely shut you out of the bankster financial system. No PayPal, no Wells Fargo debit card for you if the SJW mob determines you’re a terrorist on par with Abu Bakr al-Baghdadi.

“There are extensive ties between the Russian government and far-right groups in Europe.”

According to this FBI agent, Swedes are not outraged by the criminality, violence, and rape of Swedish women by third world males flooding into Europe. For the SJW crowd, the problem is back and white (quite literally): Swedes are primarily WHITE, and therefore inherently and genetically racist (in addition to privileged) and this explains their contempt for uncivilized tribes landing in Scandinavia.

The US government is responsible for empowering gangs of paramilitary fascists in Ukraine, not Russia. Maybe we should ask what role Pierre Omidyar, Victoria Nuland, and USAID played in making sure anti-Russian fanatics and violent Ukrainian nationalists came to power and began killing Russian-speaking civilians in eastern Ukraine.

No, we don’t ask such questions. If you dare, you will be vilified as a useful idiot for Vladimir Putin, that avid supporter of the destroyer of “liberal” democracy worldwide.

Last month, 8chan, an online forum the state has declared rife with violent white supremacist bad actors, was subpoenaed to appear before the Grand Inquisitors of Congress.

“In recent years, violent extremist content has proliferated on both large and small social media platforms,” Democrat House Homeland Security Committee chairman Bennie Thompson, and ranking member Republican Mike Rogers, said in a joint statement. “At least three acts of deadly white supremacist extremist violence have been linked to 8chan in the last six months. We have questions on what is being done to counter this trend so we can be sure it is being properly addressed.”

Additional hearings, inquisitions, and eventually show trials will be held in the months ahead.

H.Res. 41: Rejecting White nationalism and White supremacy is a foundation for more anti-liberty legislation to come, especially following the FBI’s conclusion that white nationalism (comprising in part the “Dissident Right,” libertarians, antiwar activists) is a domestic terror threat that will soon be lumped in with international terrorism.