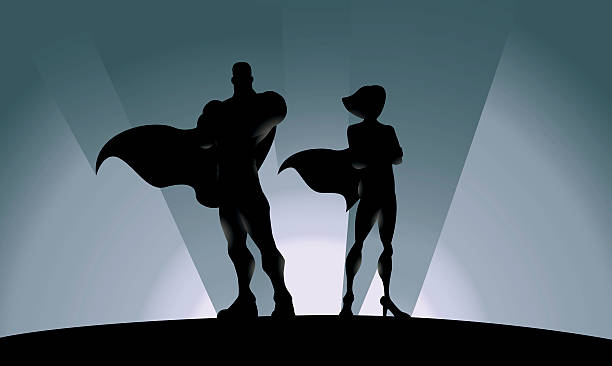 We often see the hero as someone “special” who comes to save the “others”; the non-heroes ; in an act of great bravery. This character, all in muscles and costume, is the current representation of the hero in his Hollywood splendour and archetype, a caricature of reality.
Of course these heroes of the screen and books can inspire and make us dream but all this remains an artificial and unrealistic creation.
But in one way or another many people expect a being who will appear to rescue them.

This doesn’t sound very realistic, does it ?
If you keep waiting for a miracle to materialize before your eyes you are indeed unrealistic. I like dreams and imagination, as an artist I understand all that, but we have to know the difference between reality and fiction. When a work is created, whatever it is, it takes life. Be the creator of your life do not let life create for you.
The hero is in us, it’s up to us to bring him/her to life.

Be the creator of yourself, of your hidden hero!

In these times that may seem difficult or in these times of transformation and change, many people would like a hero to come to help them, save them, free them from their difficulties or simply take them to a more tranquil place, a first idea of paradise; on earth or elsewhere. In short, you know the story. We were all told that one day we would be delivered by a ‘supernatural’ being.
Delivered from what ?
From a financial problem, from a difficult divorce, from a dangerous situation, from someone abusive, from a reality too difficult to accept… there are lots and lots of examples. But in truth we seek deliverance from ourselves !

Because we are not brave enough to seek the solution ourselves, because we do not want to face the problem, we detach ourselves physically, emotionally, spiritually. Except by doing that we lose our power. Looking outside we do not see that in reality it is within us that everything really happens THAT IS THE SOLUTION !!

The male and female principle

“Gender is in everything; Everything has its masculine and feminine principles; Gender manifests on all planes.”

This Principle implies the truth that gender exists in everything.
The Masculine and Feminine Principles exist not only on the Physical Plane (it manifests itself in the form of sex), the Mental Plane (it takes on higher forms), and the Spiritual Plane. No physical, mental or spiritual creation is possible without this principle of Gender, it always acts to create and regenerate.

Moreover, if we look at nature, we find this principle everywhere.
And if we look again we see that from a scientific (therefore physical) point of view sex is only a matter of chemistry and bacteria !

Mars has a particular orbit that looks like it is moving away from the Earth’s orbit, he thus represents the one that ventures beyond, he is not afraid to act differently from others, he assumes his adventurous nature and goes to the end, and above all he loves action. In mythology he appears as the god of war but also of agriculture. He has honor and does not hesitate to do justice even by himself. He encourages us to act and persevere, even if it goes against the decision of others and if it is necessary against authority, he is not afraid of anything, sometimes forcefully, and he does not allow himself to be influenced, but he also appreciates beautiful things.
Mars is a hero who comes to inspire you. He also represents male energy. He gives us the possibility to become ourselves a hero, it shows us the example.

The name of Venus would come from the Latin vincire which means ‘to bind’ because it unites the feminine principle with the masculine principle, she is also the goddess of love and nature. She inspires us to love, to care for others, to heal, to continue despite apparent difficulties, she represents peace, compassion and feminine energy.
She is the heroine who by her courage joins with Mars to become a united and strong power.

He is action she is compassion.

Mars (fire) and Venus (air, born of water) revolve around the sun in opposite direction from eachother. They meet once every two years to inspire us in their union, balance and love.
Both planets and the earth are quite similar, they are born of the same “dust gas”.

And it is not by chance that the earth is directly placed between Venus the divine feminine and Mars the divine masculine, she is the protected child of the celestial couple. On top of it their firstborn is called Harmony !

When I was a kid I used to chase salamanders in the grass. The ones I’ve always met are black with a gold stripe on 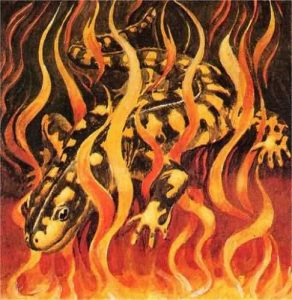 their backs shining in the sun, that’s how I spotted them. I have always loved these animals which are of an exceptional particularity because they are born in water but apparently loves fire.The salamander comes from both elements. Young they takes a very different form then when they feel the moment they begin their transformation and takes on a lizard appearance, comes out of their natural habitat which is water to run on the earth and breathe the fresh air. I have met some of them in full metamorphosis, their bodies having both attributes. Capable of change and adaptation, they are admirable creatures that create a link between all elements.

The feminine water is in movement, it changes easily form and temperature. Male fire purifies and transforms. They can give life or take it back, they seem to oppose but can also work together to create.

Nature on the move, join forces. 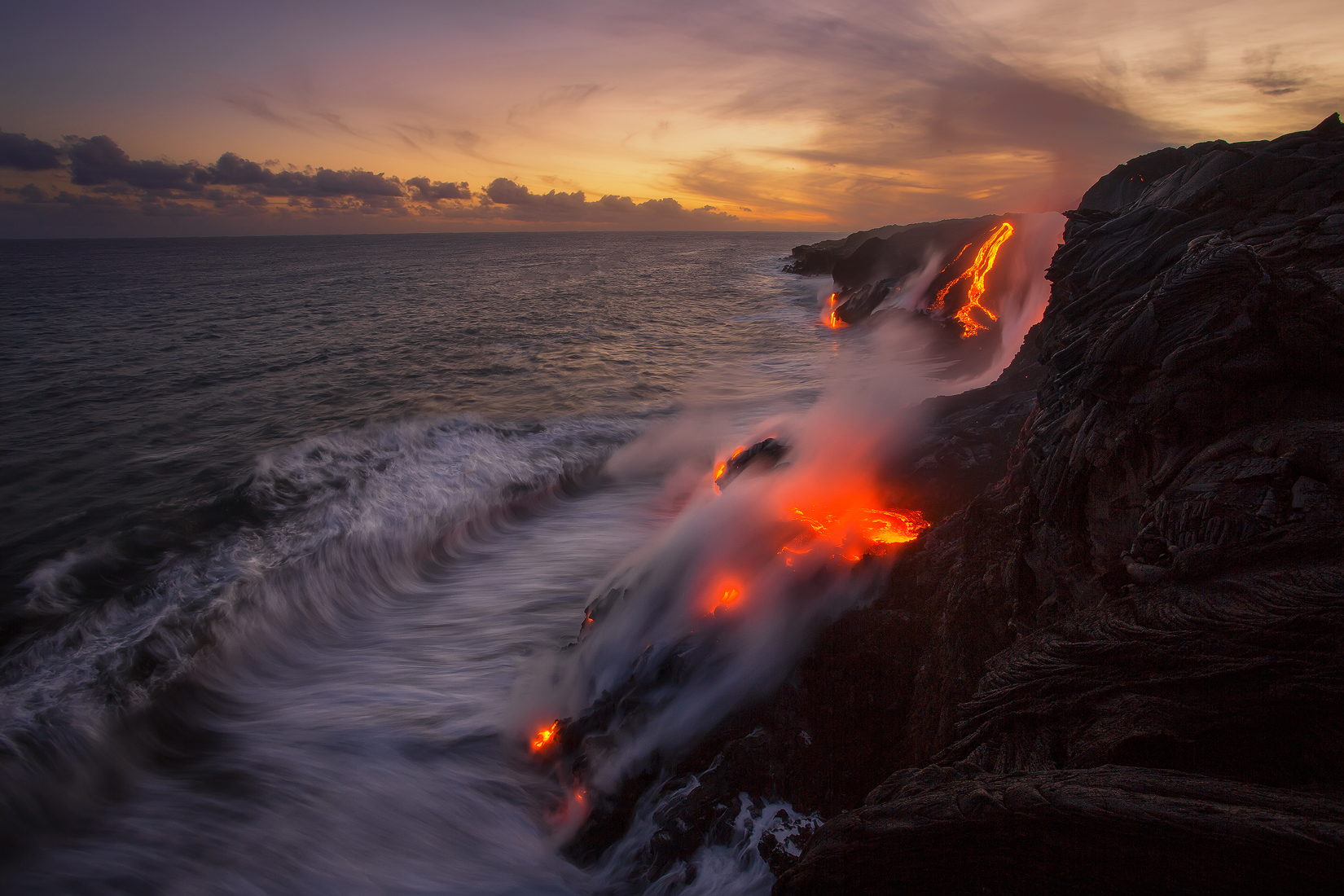 Leave aside all your pre-designed ideas about male energy, its qualities and its flaws, mars is here to show us that we must know how to overcome all this, it is transcendence. Overcoming the ego to act consciously and work for the collective, the One. This is the gift of oneself. Aligning oneself with the divine.
That’s where the miracles happen.
Helping others, creating an innovative project, sharing, loving…
Male action in harmony with female compassion.

The equilibrium will be in the union between the apparent opposites within each, the union of the divine feminine with the divine masculine.

The balance will be in the union between the apparent opposites inside each, the union of the divine female with the divine male.

( Read my article on the subject: https://www.heartstarbooks.com/union-the-expression-of-the-divine-feminine-and-masculine-by-guest-writer-peony/ )

I was inspired for this article by several people and videos, some of which I post below, because they show us what we can achieve when we work together, when we unite, when we act for love and with compassion.