To the Covidiots of the World 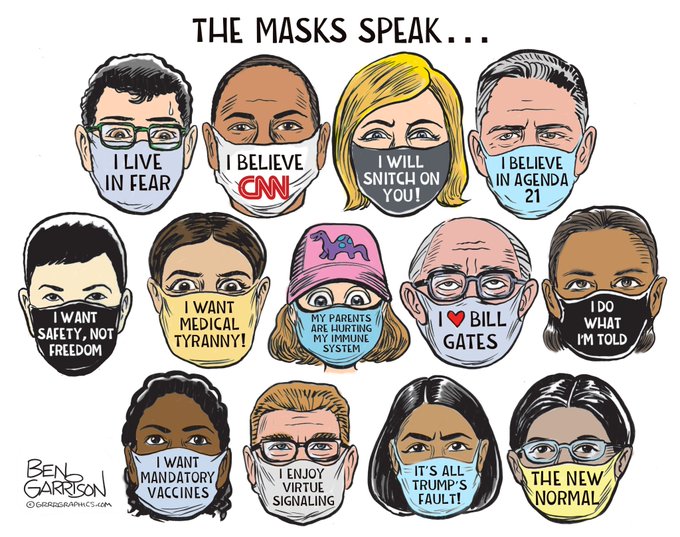 To the Covidiots of the World

Take a good look in the mirror and repeat after me: “I have enslaved and possibly killed my entire species.” I know, pretty harsh but let me explain.

It all begins with BELIEF. There are a multitude of beliefs which hold our ‘societies’ together. Some of these beliefs are within us and some are projected outwards but we all hold them dear. You can read about many of these beliefs in an article I wrote here. .

The ‘health’ aspect is interesting. For by not informing yourself, you have to believe that ‘your’ government is defining ‘health’ through legislation such as that enacted over the last decades against natural supplements and the all too famous, Raw Milk.

And let’s not forget the most important belief: that ‘your’ government has special ‘authoritative’ powers but only uses said power to ‘protect’ you and for ‘good’.

The media is also interesting. As you want to believe they are truthful in their approach to pharmaceutical solutions (let alone the ‘news’), for they have been ‘helping’ people to “ask their doctor” for years. I would suppose that after decades of watching the ‘propaganda box’, one would tend to believe everything present to be ‘true’ and from a ‘trusted’ source, if one never had an inclination to question and inquire for one’s self.

And there we slide into yet another belief: that the pharmaceutical industry is just trying to help humanity rid this rotten world of all these nasty diseases (some side effects may apply).

And to tie it all into a nice little ‘package’, we have TRUST.

This one astonishes me. For you would ‘trust’ a belief that an invisible enemy is out to kill you and that only your government and the ‘medical’ industry can save us all. But you refuse to trust that the human body and its immune system has been doing just fine for millennia, because the above mentioned said so? Ah yes, the rebuttal, ‘history’ may tell us otherwise with past ‘outbreaks’ through our timeline. But again, that would depend on who’s version you choose to believe. Was it ‘medicine’ or was it hygiene? Who wrote the ‘history’ and to what end?

I have learned long ago to question everything which is ‘presented’. Silly me, I thought that ‘evolving’ was about LEARNING. I keep coming across ‘papered’ scientists which still ask questions, they probably haven’t heard that they are no longer needed because the ‘science is settled’. Who knew that we actually were capable of endorsing a real live ‘Ministry of Truth‘.

How many times, have the above beliefs, brought you fear over the last decades, let alone your life? Do you remember or simply excuse it away? Do you say it had to be done because “one person ruined it for everyone else”?

Do you remember the ‘terrorists’? They were scary, weren’t they? Do you remember the Anthrax? Again, scary. How about SARS? That turned out not to be so scary but was still scary at the beginning. Iran? Now there is a scary country, not to mention North Korea. This whole climate change deal with 12 years to live (is it still 12?) is pretty scary right? Do you know what else is scary? People who operate forklifts without certification. It sure has turned out to be a very scary world fraught with so many ‘unknown unknown’ dangers.

Do you see any type of pattern here? Did you notice that when all of these ‘fears’ occurred, more liberties were taken (yes, even the forklift)? That more ‘laws’ were passed which give ‘special’ powers to branches of ‘your’ government to better ‘manage’ you? Have you noticed that within a state of fear, you are more accepting of authoritarianism? To the point of verbally abusing complete strangers because they don’t fear as you do? How dare they not believe.

There is never any lack of NICE people offering to share their FEARS, but you don’t have to accept nor validate them.

Now at what point in your life did you internalize these factions of ‘society’ into your belief of SELF? When did you allow THEY to become YOU?

For whenever I have tried to present information to you (in varying fashion) which has me questioning our choice of social organization, you have treated me like I have attacked you personally or even stuck a knife through your heart. I have tried to convey simple, personal observations such as stating, that whenever I return to my country after an extended stay in a ‘developing’ nation, that I have to give my stomach time to adjust to the food which is less alive. To this you respond with indignation and insult, like I have insulted your roots or your mother.

Do you realize that within some of the ‘arguments’ which you have had with me, you have stated, “Man is a social animal!!” (usually not in context, but in desperation) when made to examine your freedom. And now what is it that you BELIEVE? That we must SOCIALLY DISTANCE to ‘save’ society. The only response to that has to be WTF?

I have never wanted you to believe something I do, I simply want you, no, NEED you to start questioning who you really are and what you are allowing to happen. Your actions or apathy shall determine the future existence of the human race, perhaps that hasn’t sunk in yet through all the noise – TURN OFF THE TELEVISION. There the first step is done, now reflect and question in the silence, then realize and act before it’s too late.

Did you know that masks are not good for your health nor for stopping a ‘virus’? Seems they were meant for other purposes. Look into it. Do you know the basics of the immune system? That when we eat mud pies as children, we build our immune system through introduction (important word) of bacteria, etc.? Look into it.

Just ask questions when things seem to be based on your acceptance of a fear or simply don’t seem to make sense at all. Just that little thing, can change the world.

“Truth is stranger than fiction, but it is because Fiction is obliged to stick to possibilities; Truth isn’t.” – Mark Twain

“Get your facts first, then you can distort them as you please.” – Mark Twain

I leave you with these 2 quotes and a personal plea:

Please, set yourself free so that I may be also, for we are indeed ALL in this TOGETHER.

Oh, and as for the title, if you can’t laugh at yourself, that may be a problem. 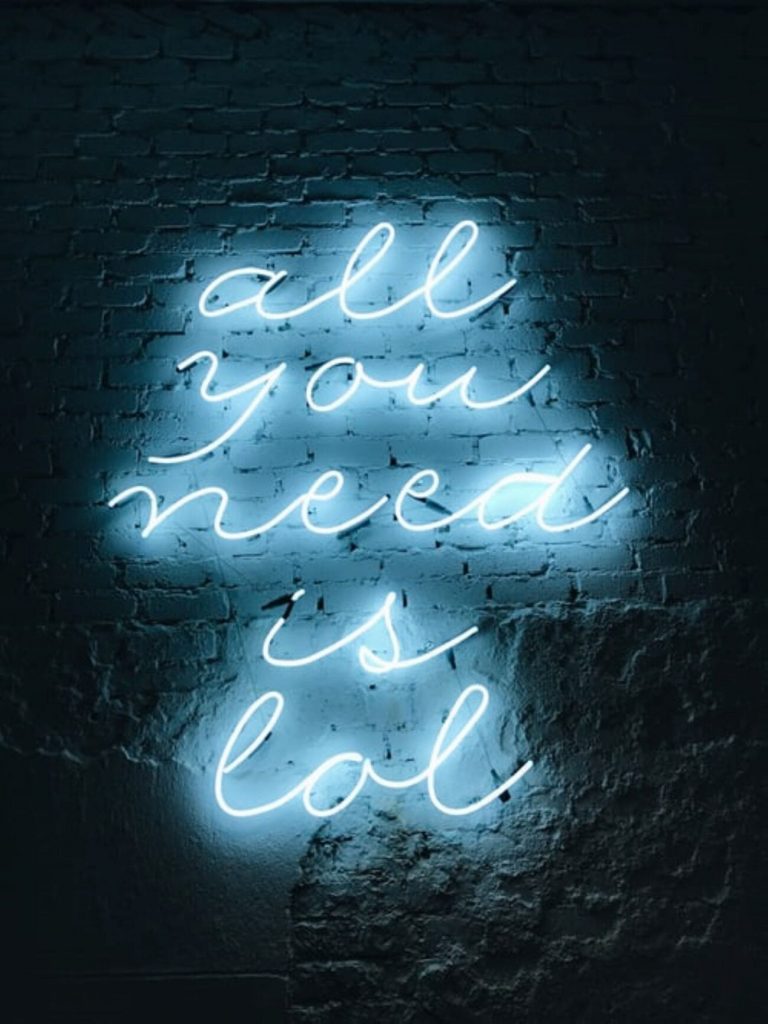