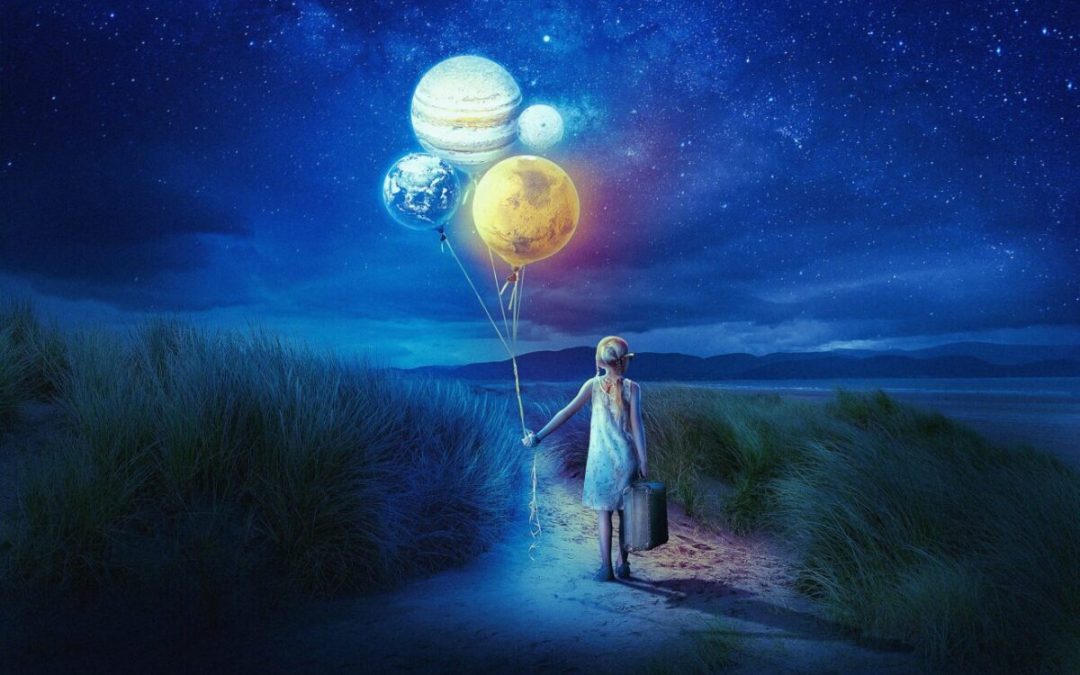 What do epidemics, plagues, wars, mass shootings, and federal Acts all have in common? 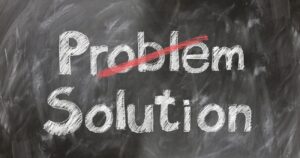 The pattern of Problem-Reaction-Solution is The Hegelian Dialectic, a repeating pattern that plays out in reality: 1) Create a problem, 2) Foment a reaction (of anger or sympathy), and 3) Roll out the solution.

The Hegelian Dialectic originated with George Wilhelm Friedrich Hegel (1770-1831), a nineteenth century school teacher, philosopher, and prophet of Socialism. Born during the time of Enlightenment, his ideas served as a bridge to the Postmodernist world in which we live today.

The story goes that a simple school teacher argued that human nature is a series of conflicts and resolutions that eventually elevate humankind to a unified spiritual state. His argument became a dialectical scheme that spiraled from thesis to antithesis and back again to a higher and richer synthesis. His idea mirrored The Golden Rule; those who own the gold? Rule.

A school teacher’s message was picked up by influential men in power, including Carl Marx, who applied his argument in social actions to transfer power from people to the State. Eventually Hegel’s message devolved into the claim that governments become the new god.

Government is god upon the earth. – George Hegel

Today, history proves that in situations of conflict, solutions are always preordained, by design. Thus, economic downturns have produced increased taxation. Shortages of oil and food have reinforced monopolies. The threat of terrorism has resulted in restrictions on individual freedoms. The threat of pandemics has led to vaccine mandates. Conflict has only bred more conflict.

The stated goal of the Dialectic – to achieve Unity from conflict – has remained elusive, to say the least. Hindsight being 20/20, the Dialectic has inverted Unity to Uniformity. 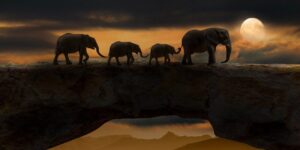 Enlightenment was a time of Unity. Unity follows no leaders and leads no followers. Unity does not restrict, limit, or conform through education, or through regulations, Acts, and mandates. Unity fails where players must choose to align with a tribe and plug into the implicit biases of tribal programming. Hegel’s message of Unity was a front for Uniformity.

Uniformity serves those who wear the suits of political parties or the robes of religious sects. The tribes reinforce the divisions and the information that people already believe and want to hear. Competition vs. Cooperation. Liberal vs. Conservative. Artificial vs. Natural. Religious vs. Spiritual. War vs. Peace. Vegetarian vs. Carnivore. Vaccinated vs. Unvaccinated.

Under Uniformity, humans are co-dependent in their relationships and with their government. They sacrifice individual identity for group think and The Hive Mind. The Hegelian Dialectic works when people wear blinders and see only extremes. 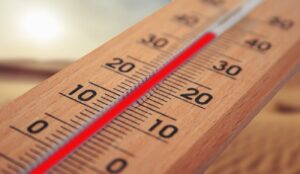 In a system of extremes, humans are less likely see a third option unless they use all their senses. They are less likely to see that all extremes are made up of degrees. After all, human skin feels that the temperature scale of hot and cold extremes includes the degrees of temperature that will not burn or freeze.

The Hegelian Dialectic explains how each new plague, pandemic, or epidemic was designed. See an historical timeline of plagues and epidemics. Each Problem was accompanied by a planned Solutionof new restrictions under quarantine authority. History tells that government quarantines began in the 19th century.

Over the centuries, the restrictions on Freedom and Rights included The National Quarantine Act of 1893, the 1902 Pan American Sanitary Bureau, and the first of a series of international health organizations formed in the 20th century—culminating with the World Health Organization in 1948—that helped to bring issues of quarantine and the control of disease to a global stage. Then came the 1944 Public Service Act and many Acts in between.

The Irony of Federal Acts

Irony – the use of words to express something other than and especially the opposite of the literal meaning. –  Merriam Webster Dictionary 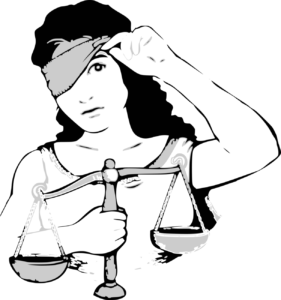 Of course, the success of any Act depends from which perspective you view its success. From the people’s perspective, success rates are dismal. A few examples include:

The CLEAN WATER Act of 1972  serves to pollute the waters.

The US PATRIOT Act of 2001 and US Patriot and Reauthorization Act of 2005 “to unite and strengthen America,” serves to divide and weaken America.

The NO CHILD LEFT BEHIND Act of 2001 – leaves K-12 general education far behind a child’s potential.

The AFFORDABLE CARE Act of 2010 – forces healthcare onto Americans by imposing an insurance tax; resulting in an increase in premiums with a decrease in healthcare benefits.

The PREP Act of 2005, allows government to bypass Rights and Freedom. The DHHS Amended Version authorizes an increased workforce to administer COVID (experimental) vaccines. And The PREP Act 2022 – limits liability for COVID countermeasures.

Rather than promoting the co-existence of diverse convictions, or promoting responsibility, as is The American Way, federal Acts chip away at human Freedoms and Rights to establish one prevailing Rite that supersedes all others; the government’s!

Nobody has the power to make you surrender your Rights (such as to Informed Consent) in order to receive a public benefit (such as schooling for your children). The US Supreme Court calls that an “unconstitutional condition. ― Dolan v. City of Tigard, 512 U.S. 374, 1994 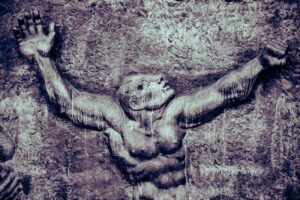 When State governments accept federal money, State autonomy disappears. State Constitutions become null and void. The same can happen to whole nations in the creation of a Global government. Under Global rule, one world government homogenizes all national laws under one world law.

Consider the United Nations Convention on the Rights of the Child (UNCRC).  This “human rights Treaty” attempts to remove parental rights in favor of State control on a global scale. According to William Wagner, J.D., magistrate judge:

Today, a majority of the Supreme Court no longer treats the parents’ right to control and direct the upbringing of their child as a fundamental liberty.

Transcending extremes means withdrawing consent from hierarchical systems of authority. It means leaving old patterns behind in favor of new ones. It means choosing in degrees rather than in extremes.

Transcending epidemics, plagues, wars, and mass shootings means honoring commonalities rather than differences, and individual expression rather than group think.

Transcending repeating patterns of Uniformity is found is seeing a Creator above government, rather than government as a new god, and by seeking answers from within, rather than from without.

Transcending the Hegelian Dialectic involves uses all the senses to rediscover humanity’s true nature, Nature itself, as described in the Declaration of Independence:

The American Declaration of Independence reminds us, “When in the Course of human events, it becomes necessary for one people to dissolve the political bands which have connected them with another, and to assume among the powers of the earth, the separate and equal station to which the Laws of Nature and of Nature’s God entitle them, a decent respect to the opinions of mankind requires that they should declare the causes which impel them to the separation. 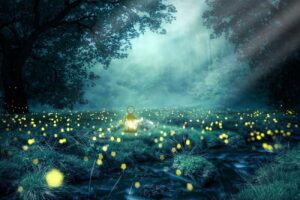 As part of nature, humans must connect to Nature to experience freedom. For when humanity follows government dictates, as truth, we lose touch with our own intuition. We lose connection with our true nature. As long as we remain distracted, debating the details of the system; war, mandates, rigged elections, the NFL, science, abortion, self-identification, we are directionless. By consenting to a system of contradictions through our participation and consent, the system feeds off our energy.

If America is to be held up as an example of Freedom, Americans must get their acttogether and identify with Natural Law. We become the architect of the life we want to create for ourselves and our families. We only need to reclaim responsibility and act on it in order to see it emanate out to affect all life. Such is the Law of Nature.