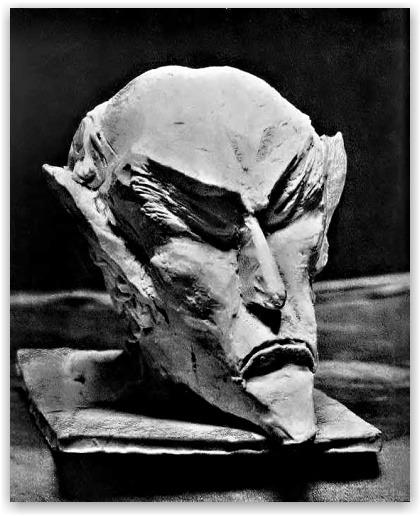 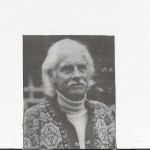 “Ours is an age of dramatic and even sensational change. The great theme is there can be no renewal without a dying process, no death without resurrection. Thus events in the coming two decades are likely to be apocalyptic in nature.”

My mentor Sir George Trevelyan was a great aficionado of Rudolph Steiner and consequently as with teacher and pupil, a lot of Steiner’s understandings about the nature of reality rubbed off on me. Steiner achieved an intensification of intuitive thinking which enabled him to explore spiritual realities in a manner consonant with scientific method, and to give us his findings in a structure of clear thoughts which in no sense have a mediumistic character. Thus in our age of breakthrough, when spiritual knowledge and understanding is flooding into the human psyche, Steiner’s thinking can prove of deep significance in understanding the spiritual turmoil of our age.

The twin poles of evil – Ahriman and Lucifer

In my last post, I talked about Lucifer and the preparations being made by his devotees for his return to the physical plane. Rudolph Steiner however, stated that the second coming expected by the world’s religions will not be Jesus Christ or Lucifer, but Ahriman, the Father of evil and god of material excess.

“With a view to his incarnation on the earth, Ahriman guides certain forces in evolution in such a way that they may be of the greatest possible advantage to him.” Rudolph Steiner

Steiner wrote that Ahriman and Lucifer were twin poles of evil – one that attaches to humanity’s physical lusts and the other to our spiritual awareness. In today’s world it is Ahriman that controls human behaviour. Consume and obey is the fundamental of the 21st century.

“For we do not wrestle against flesh and blood, but against principalities, against powers, against the rulers of the darkness of this age, against spiritual hosts of wickedness in the heavenly places.’Ephesians ch 6 v12

What we know of Ahriman comes from Persian mythology, and the ancient dualistic religion of Iran. 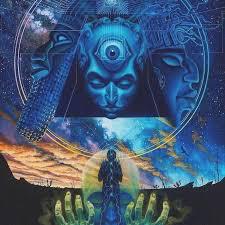 Ahriman is the evil spirit in Zoroastrianism, Lord of Darkness and Chaos, and the source of human confusion, misery, and conflict. He is also known as Angra Mainyu (evil spirit or dark spirit) and exists in opposition to Ahura Mazda (good spirit or bright spirit).

Rudolf Steiner spoke of Ahriman as an actual, living spiritual entity who fell behind during the Ancient Sun planetary stage. This being, he said, works to embed people firmly into physicality, encouraging dull, materialistic attitudes and a philistine, dry intellect. Ahriman tells us that there is no God and that material reality is the only reality.  Do what you want be the whole of the law and damn the consequences.

Both Ahriman and Lucifer have legions of demons under their control but Ahriman is the Lord of Demonic Hosts for he possesses a whole kingdom of evil beings, spiritual hosts of wickedness that are driven by his will. These ‘unseen parasitical’ entities can attach to human energy field if there is a harmonic resonance: gross materialism, intellectual arrogance and a lust for power.

So let’s have a look at the earthly preparations being made for the return of Ahriman. 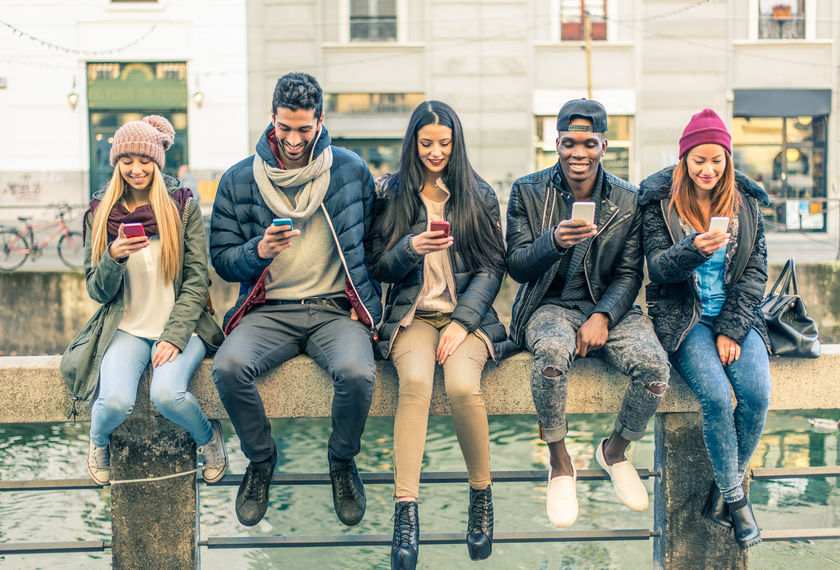 Ahriman’s agenda for humanity is digital and materialistic enslavement. He plans to do this by immersing the human race in technology. Virtual anything you like for the sense bound consciousness will be available in the metaverse. Just as promised by the World Economic Forum and major corporations at Davos 2022.

In their own words:

“The metaverse is a future persistent and interconnected virtual environment where social and economic elements mirror reality. Users can interact with it and each other simultaneously across devices and immersive technologies while engaging with digital assets and property.”

We find Ahriman’s energetic fingerprints behind the massive leaps forward in technology especially in the military industrial complex, satellites, electro-magnetic warfare and biological weapons. He is helping us develop his new autocratic, satanic world. Inspiring us to make wicked weapons far beyond our mental and moral capabilities to handle. He wants war and blood and death. In other words a ‘hold up’ in evolution. A stall in our spiritual development so that we cannot resonate with the Shift of Ages – the Galactic wave that can take us to the next stage of our evolution.

“Another tendency in modern life of benefit to Ahriman in preparing his incarnation is all that is so clearly in evidence in nationalism. Whatever can separate men into groups, whatever can alienate them from mutual understanding the whole world over and drive wedges between them, strengthens Ahriman’s impulse.” Steiner

Nationalism is often driven more by racial and ethnic superiority than a love of country. It is a potent cocktail of hate and separation. None is more obvious at the present time than the radicalized right wing christian taliban. The narrow minded, myopic, brainwashed apostles of other people’s thinking that sow seeds of chaos, intolerance and division. They want to take America back for God and will use violence and hateful rhetoric to do so.

So you can see what spirit is working through them. Definitely not the gentle Yashua.

Politics the art form of the soulless

Another of Ahriman’s triumph’s is the mental and soul possession of the world’s leaders. Dotards, narcissists, tyrants and mass murderers who rule by fear, lie and cheat and steal the wealth and health of their citizens. These low grade types of people are typical extensions of Ahramanic will. In many respects his complicit government is already in place.

“How art thou fallen from heaven, O Lucifer, son of the morning! how art thou cut down to the ground, which didst weaken the nations!” Isaiah 14:12

Whereas Ahriman is contractive, Lucifer is expansive. He is the beguiler, the spiritual deceiver, the illusionist giving gifts of sensuality, and un-grounded spirituality. He whispers of power to be found in symbols and spells, and tells us we are as gods having no limitation. But still like Ahriman, he covets us and though he appears to offer freedom  and salvation to those souls in darkness, he will never let them acquire an ego-hood independent of himself.

“Lucifer, the Light-bearer !  Strange and mysterious name to give to the Spirit of darkness!  Lucifer, the Son of the Morning!  It is he who bears the Light, and with its splendors intolerable, blinds feeble, sensual or selfish souls?   Doubt it not!” Albert Pike, 33rd degree freemason and the author of Morals and Dogma. 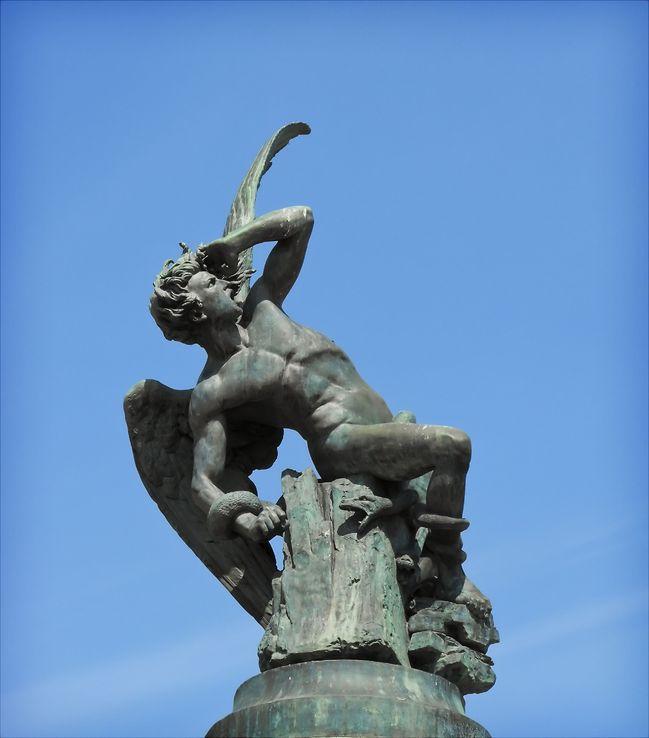 At this present epoch in the repeating cycles of time, it may be that Ahriman poses a bigger threat to our species and life in general than Lucifer. Steiner states that because Lucifer and Christ have both incarnated in the flesh, it is now time for Ahriman to return and take on human form.

“Just as Christ incarnated in a physical body, so would Ahriman incarnate in the Western world – before ‘a part’ of the third millennium had passed. Steiner places this incarnation in the context of a ‘cosmic triad’ – Lucifer, Christ and Ahriman. Lucifer had his incarnation as the Yellow Emperor who reigned in China in the third millennium BC. Ahriman will incarnate as a counterpoint to the physical incarnation of Lucifer in the East, with the incarnation of Jesus Christ in Palestine two thousand years ago as the balance.”

Interesting times, eh! I guess we will have to wait and see but Steiner’s understandings make metaphysical sense…and also explains the bizarre events happening on the planet.

I hope you got something out of the article. Whether the wisdom comes from Steiner, Sir George or any other enlightened spirit, I try to keep the stream of esoteric information alive for those who are meant to find it.

Much love to you all.