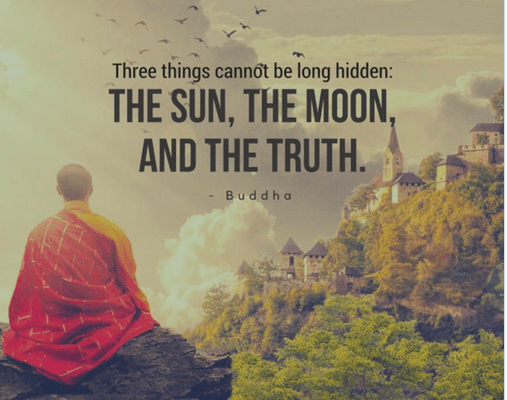 The volume of social media virtue-signalling from the morons about standing with Ukraine is further evidence of the cradle-to-grave brainwashing and social-engineering that has so befuddled those who have fallen into Mass-Formation-Psychosis.

I’ve previously written about the inevitable and engineered rise of the moron  . These tosspots blather on about ‘democracy’, about freedom and human rights but their outpourings amount to nothing more than mere brain-farts, about as significant as a sneeze in the woods: if no-one hears it, did it actually happen? After all, many of these blatherers are the same people who cowered to a criminal government and its cult initiation rituals (the hand-washing, face-nappy and anti-social distancing and criminal ‘lockdowns’). The hypocrisy of the WEF placed puppets (Trudeau, Ardhern, Zelensky, Johnson, Macron et al) – all Klaus ‘Rothschild’ Schwab’s bitches – is blatant in their utterances.

Thus, when Bozo Johnson alleges Putin is a “tyrant”, the hypocrisy is laid naked. Both of them purport to govern the people and both of them have implemented the Divoc 91 psy-op to their mentally maligned populaces. Each of these WEF puppets has taken – and will continue to do so – the fake Divoc 91 psy-op and used it to impose draconian diktats over the hypnotised and compliant populace. Simply put, Putin is a statist and he and his cohorts are as much involved in the fraud and palpable false flag ‘global’ operation that is the scamdemic as any other would-be despot.

In essence, Bozo Johnson and Vlad are but two Cheeks on the same WEF Arse whose close confidantes and advisors are placed inside the world governments by a number of think tanks that exist outside any kind of claim to electoral representation for they are but representatives of an outside agency that has, by its own admittance, infiltrated governments the world over:

And, of course, each and every cuckolded poli-puppet who collaborates with these WEF Schwabian agents is, by definition, a traitor. For those who wish to read more evidence on Putin being in lockstep with vaccinations, masking, covering up evidence of vaccine damage, Russia developing its own versions of the arm-spear and the day-to-day suppression of its people, then a series of links are to be found in the ‘Further reading/Viewing section at the foot of this article.

Like Blair and Merkel before, through to Blackface Trudeau and Horseface Ardhern, these phoney actors have been groomed, compromised, blackmailed and levered into power, thereby usurping any bogus claim that any nation may have of it being a‘democracy’. It is, quite literally, a world-wide stage show with a variety of actors entering stage right, spouting cuntwaffle and exiting stage left. A dreary theatre of short men playing the roles of tinpot dictators, being advised by a cohort of fake scientists, pseudo-psychologists, mind-manipulators and reliant upon the inevitable financial links to Big Pharma.

They are all pissing in the same pot and its an incessant system of blather, rinse, repeat.

As the redoubtable Jon Rappoport states,

Although some governments around the world are lifting COVID restrictions and mandates, we should remember they still hold the power to re-impose those measures at the drop of a hat—for any reason they cook up.

And one of the lessons learned: governments show absolutely no inclination to open their doors to wide discussion and debate about the effectiveness of the COVID measures. So there is no reason to suspect they’ll EVER opt for listening to voices other than their own.

Their COVID decisions are political decisions based on expediency. And advancing tyranny. They have nothing to do with science or morality.

However, their decisions ARE affected by what citizens do or don’t do. Governments, as we well know, for example, pay attention to trucker convoys. And protests.

Don’t back away now.

Don’t let up on pressure.

And don’t be lulled into believing we can count on courts to reverse executive “overreach.” Fabricated reports of rising case numbers could change courts’ thinking overnight.”

In short, we are dealing with another wave of palpable moronic nonsense.

Thus, we have we have a situation in which:

1. The lapdog media pumps out the fake news and the fools lap it up and regurgitate it as though to demonstrate they have correctly understood what is happening in the region formerly known as Khazaria.

2. And the moron buys it and repeats it, falsely believing himself to be a smart cookie because of his ability to regurgitate lies without any critical thinking be deployed at all. Remember, please, a moron is an individual who bases his understanding on false information and thus makes a series of foolish choices. There is no way round that fact.

By way of example, let’s look at this parallel analogy that depicts the situation were it reversed – i.e, had Putin and his allies set up a geopolitical operation close to America’s borders,

Imagine this scenario of aggression. Russia has established something called SATA. (Surround America Together Alliance) with the Bahamas, Cuba, Canada and all of Central America.

Article 5 of SATA says if one goes to war, they all go to war. Putin is trying to get Mexico to join. He orchestrated a coup there in 2014 and installed a puppet dictator who helps enrich Putin through Putin’s crack head son. He keeps assuring Mexico they will join SATA one day, even though the other countries would not approve the vote and they don’t meet some minimum requirements.

Other politicians in the duma send their kids to be on boards of Mexican companies to collect paychecks of $50,000 per month. Russia keeps sending weapons to Mexico who has a neo-Nazi force of nationalists near the border who take shots at English speaking American separatists who would prefer to be part of the United States.

Cease fires are broken 2000 times over 8 years, leaving 14,000 dead in the conflict. The U.S. has taken a patient stance, trying to reason with the Mexican coke-head dictator but he keeps accepting SATA weapons and money.

Last week the Mexican dictator said he doesn’t just want SATA membership, he wants Russian nukes in his country aimed at the United States. That was the final straw. Tuesday the U.S. launched air strikes across Mexico and declared those English speaking American states as independent republics.”

Zooming out further, we note Nathaniel Rothschild’s pronouncement on Ukraine, the Khazarian home of his ancestors, which was, apparently, seemingly delivered to the rogue UK criminal gov:

There’s a number of questions that the critical thinker will ask in response to this:

Who is this “We” to which he claims membership and authority? The House of Rothschild? His fellow Khazarian Clique of financiers?

When he states, “Our current path” – is he speaking directly of the Rothschilds’ route for total financial control of the planet?

When talks of the necessity “to correct opinion” he is evidently declaring that the wrong-thinking of the masses must be manipulated – brainwashing by another name.

The line about the need to “send weaponry to our friends in Ukraine”  is self-evidently about funding and arming the controlled opposition.

Another of the actors working on the stage for the Rothschild mob is the Gun Runner Ursula Von der Leyen:

The arming of said groups is a move that has seemingly already been initiated via the unaccountable and omnipresent Rothschild-whore, who holds the title, ‘President of the European Commission’ – when she is but an unelected proxy, masquerading as some kind of acolyte for the WEF, who has openly declared the commission will we running guns and armaments to the self-proclaimed and CIA created self-claimed Neo-Fascist fighters whose existence is predicated on financing from the likes of Rothschild and Soros. It would be the equivalent, in many ways, to her openly declaring they would be arming the IRA (another controlled opposition) in Northern Ireland. On the world stage, one man’s freedom fighter is another man’s terrorist.

It’s the same in Down Under, where Australia is also openly claiming to be buying and sending weapons to the phoney-freedom-fighter of the Ukraine:

It’s not so much Alice through the Looking Glass, as Alice down the worm-hole on LSD and into the Mad Hatter’s Mushroom Tea Party.

As always, the real national deficit is critical thinking and it is only this, coupled with our deep knowing of who we really are, under God’s Law that will mean we are able to swim through the tumultuous waves of bullshit and into calmer waters. After all,

War begins. But why?

Sber partners with JP Morgan to pilot digital currency in 2021