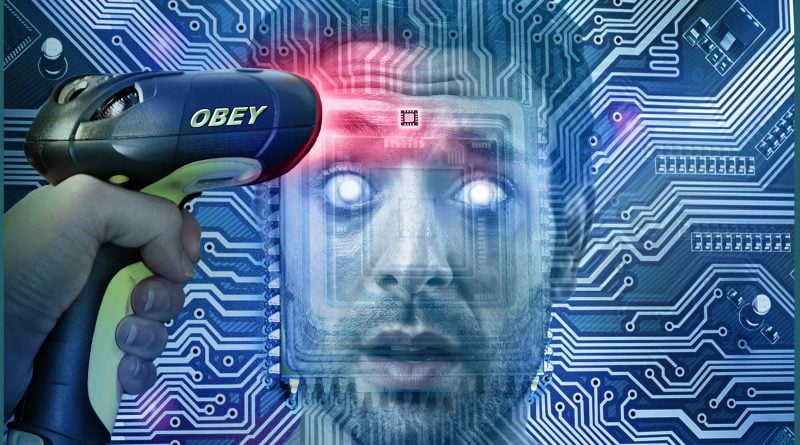 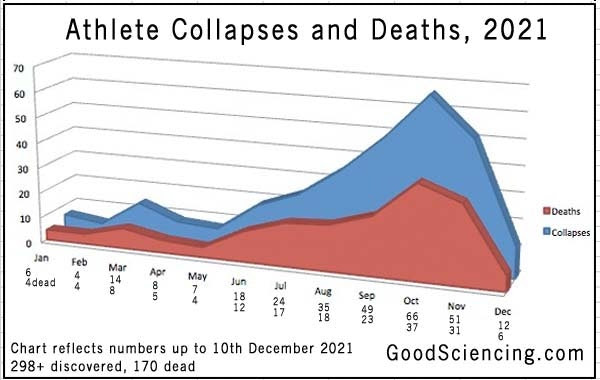 Genocide denial: It’s not the deaths that are unthinkable; it’s the evil of the perpetrators. 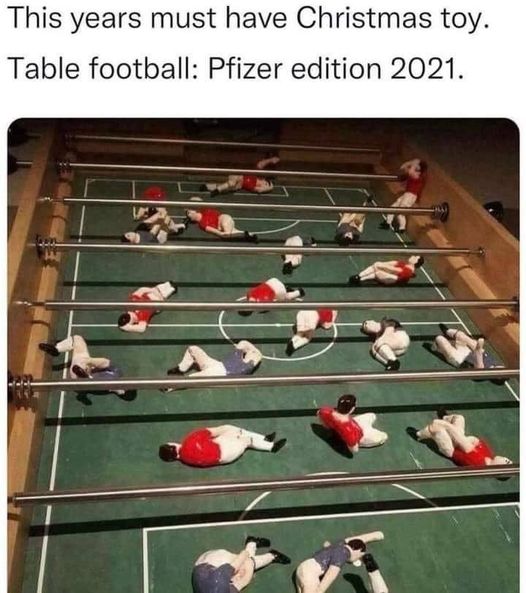 However dark things look right now, we will get out of this. That is non-negotiable. You should never do their work for them by despairing of an end. It is supposed to seem hopeless. They manage the seeming of things, much more than the reality of them, and they work very hard to portray all resistance as futile. Probably more messaging resources go into casting the containment regime as invulnerable and undeterred, than anything else. This is important to them precisely because they’re not invulnerable.…

Many object that our arguments are simply ignored or papered over by regime propaganda, and that nothing we say here gets anywhere. It is also common to hear about the futility of protests, and… of legal challenges. This is the wrong view to take. They have to win every day, and we only have to win a few times. This is the great asymmetry at the heart of all dissident movements, it is why we seem small and powerless and yet they act with such inordinate rage and fear against the points we make. —eugyppius, Is it in the end all just words?

‘Survival of this set of advances they are making on humanity is about reading between the lines, being able to spot their manipulation tactics, knowing when they are telling the truth and when they are lying, understanding their strategy and moves before they make them, being prepared to do a little extra work to navigate their bullshit, and ultimately having faith and belief in yourself while respecting and building communities that are resilient to this crap.’—Corey Lynn, The Biggest Game of Chicken in History

‘NACs [New Asset Classes] are not a move to save the planet, but a move to enable the same interests responsible for the current environmental crises to usher in a new era where their predatory exploitation reaches new heights that were previously unimaginable.’ —Whitney Webb, Wall Street’s Takeover of Nature Advances with Launch of New Asset Class

‘According to Fitts, we live in a world with an “official reality” dictated by the legacy, or “old” media, and the “actual reality” accessed through personal experience and personal connections; the judicious use of independent and creative thought; plus “new media” outlets and independent commentators able to collect and examine information outside our immediate area of experience.’ (Chuck Black, Freedom Forum News)

‘Just as in the domestic arena, where the notion of politics by suasion is lost (with vaccine mandates enforced by water-cannon, and riot police), so too, the notion of foreign policy managed through argument, or diplomacy, has been lost too.’ —Alastair Crooke, Now or Never: The Great ‘Transition’ Must Be Imposed

Clearly there seems to be three situations:
• The appearance of a cancer rapidly after the injection (two weeks to a few months) and very progressive, in a person who was previously free of known carcinological pathologies.
• The resumption of cancer in a patient who has been in complete remission for several months or years.
• The rapid, even explosive, evolution of a cancer that is not yet controlled.
—Dr. Nicole Delépine, The Incidence of Cancer, triggered by the Covid 19 “vaccine” 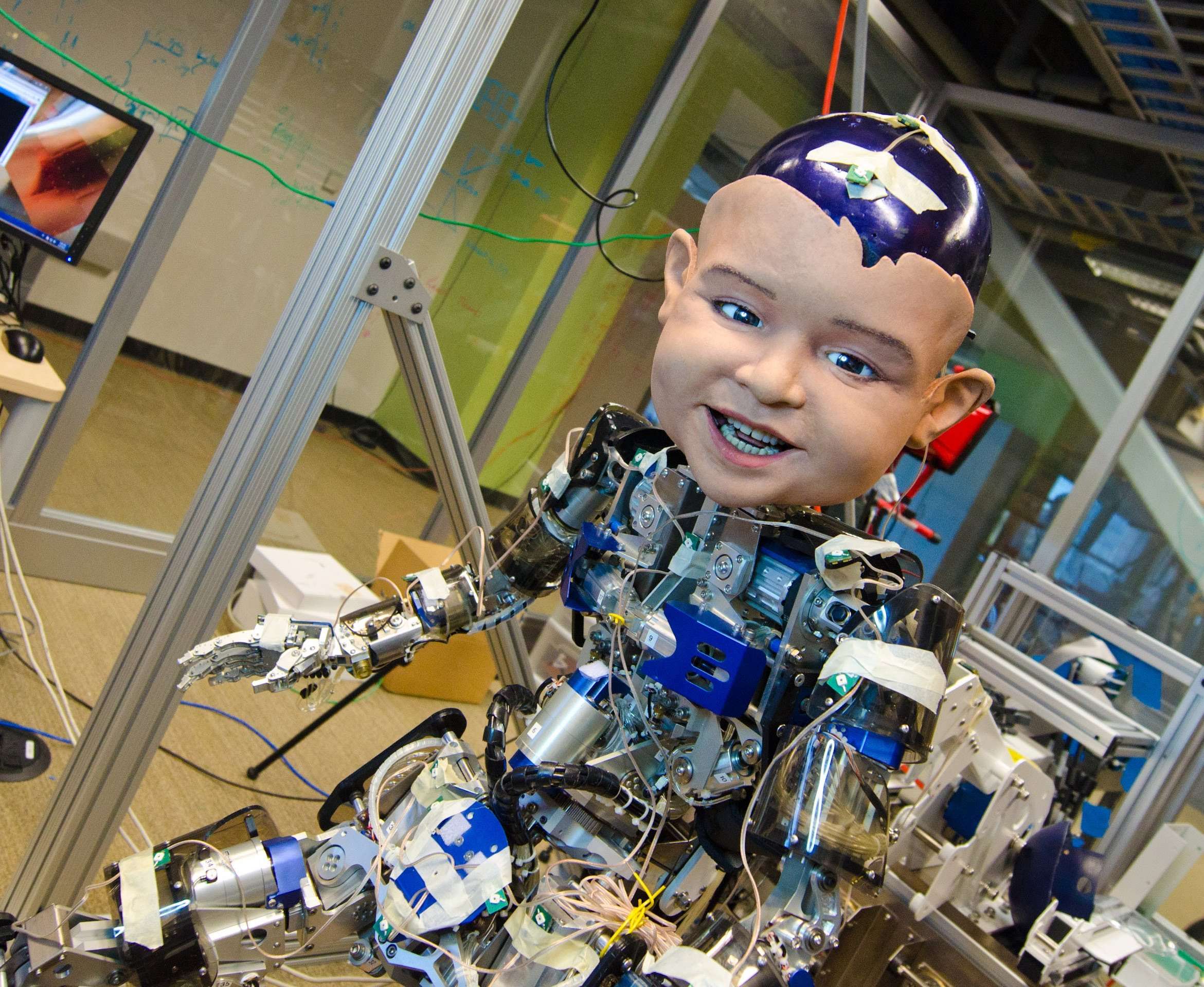 ‘Transhumanism is essentially exploitative and so it should be resisted with all of our might and willpower. The immediate danger we face is with (purported) “vaccines”, which are capable of the literal end of humanity. This is achieved through deletion of our moral conscience, impairment of reproductive fertility, and erasure of independent identity (via “health passports”). The deployment of mRNA technology to children is the greatest crime in history, and our response to this threat should see it as the greatest emergency possible.’ —Martin Geddes, The Saviours of Humanity 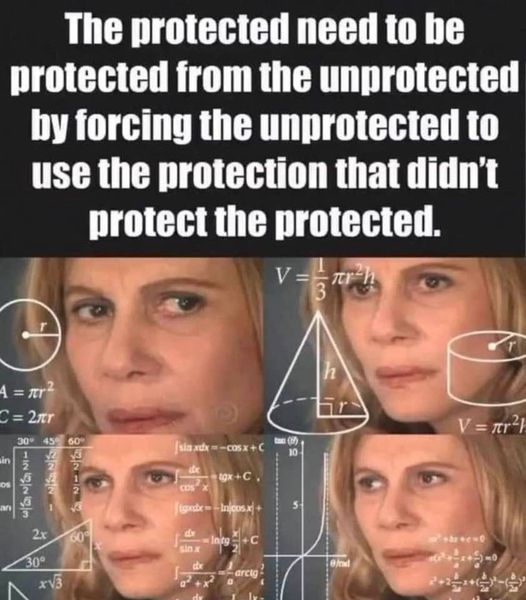 ‘Today’s new commercial frontier is the human body, “body as a platform.” We are being ushered toward a life-time subscription to an artificial immunity service… with boosters from here into infinity.’ —Tessa Lena, Do Covid Injections Compromise Natural Immunity (and see here)

If the vaccines work, what’s going on?
And if they don’t, why on earth would anyone not at very high risk from Covid agree to participate in further rounds of this failed experiment? Much less allow their kids to be vaccinated? —Alex Berenson, The god that failed 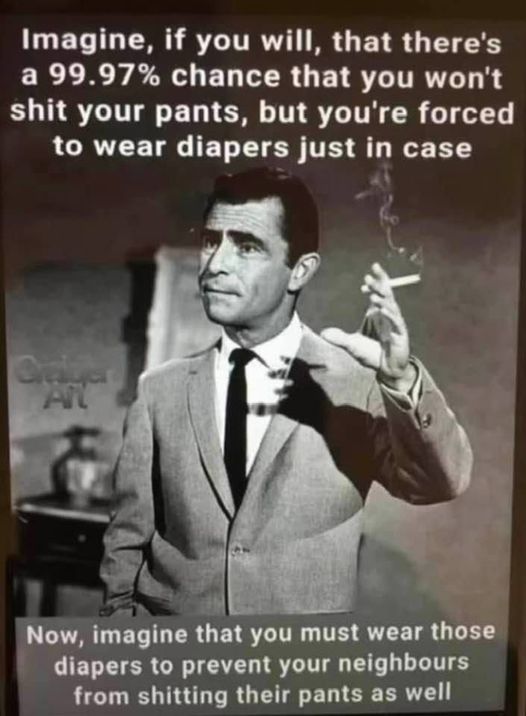 “This is what it boils down to: infantilization versus self-responsibility.” —Reiner Fuellmich Speaks To Psychologist [Meredith Miller] On Mechanics Of Why People Follow The Covid/Vaxx Narratives

‘I sense that the most profound yearning is not so much for the “unsticking” of history. Rather, I feel we deeply yearn to have the opportunity afterwards to apply our loving nature, warrior faculties, and acquired skills at “maximum force” in the service of life itself.’ —Martin Geddes, On the nature of our yearning

‘We are stepping into a new story, a new and ancient story, that is no longer about Progress equals more Control; and is no longer ignorant of the intelligence in the world outside of the human being and outside of human civilization.’ —Charles Eisenstein

Toward a Greater Reset

‘Trauma is both destructive and awakening.’ —Meredith Miller, Reiner Fuellmich Speaks To Psychologist On Mechanics Of Why People Follow The Covid/Vaxx Narratives

‘We know that the world faces an imminent and vast upheaval in the near future. Many of us have been preparing for this on every level — spiritual, social, practical, emotional, psychological, etc. At the moment there is a “stuckness” feeling and frustration as we anticipate the blockages to change being removed. I sense that the most profound yearning is not so much for the “unsticking” of history. Rather, I feel we deeply yearn to have the opportunity afterwards to apply our loving nature, warrior faculties, and acquired skills at “maximum force” in the service of life itself.’ —Martin Geddes, On the nature of our yearning 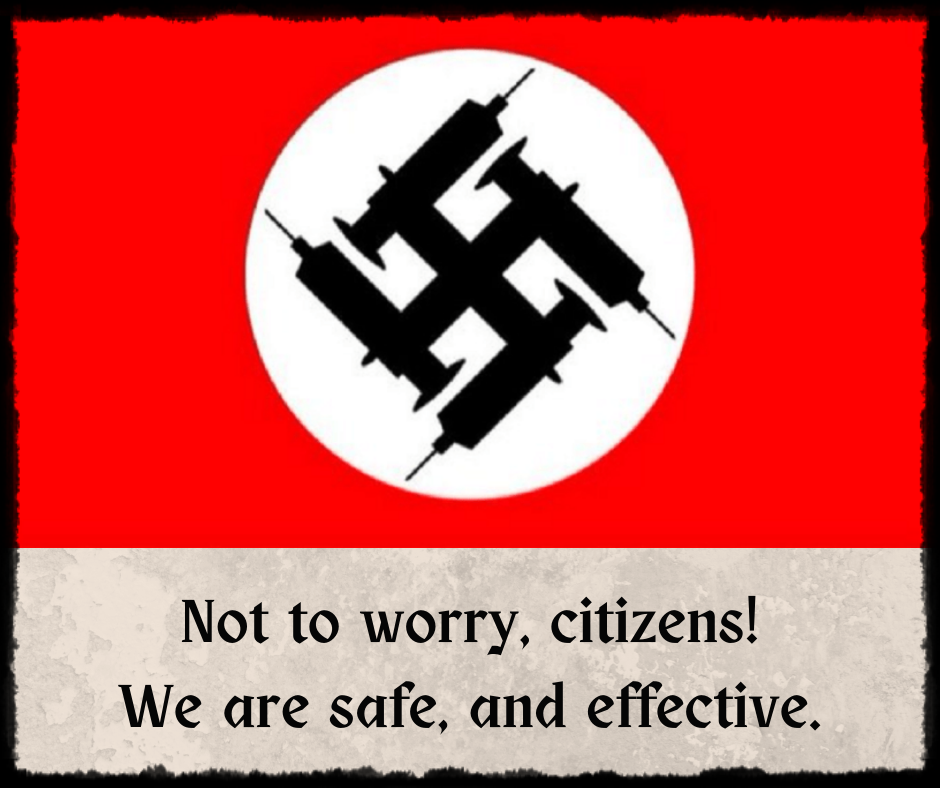 Speaking of optional realities, here is the one being presently imposed, laid out in all its stark consistency. It was posted on Telegram, by Robin Monotti+Dr Mike Yeadon+Cory Morningstar Channel; the author who described this plan of the NWO is Jean-Jacques Crèvecœur, via Le Grand Reveil: https://t.me/LeGrandReveil.

I present it here not to stoke fear, or to give credence to that projected future; but on the contrary, to denounce it for what it is, recognizing its unfoldment to date and insistence from “above.” The human choice remains viable as long as our soul persists: to reject this vision as an ugly aberration of our nature, and to categorically refuse it.

Simulate a threat and create fear. (December 2019 – March 2020)
– Mount a pandemic in China.
– Kill tens of thousands of elderly people.
– Increase the number of cases and deaths
– Position vaccination as the only solution from the beginning.
– Focus all attention on Covid-19.
Result, (almost) general panic 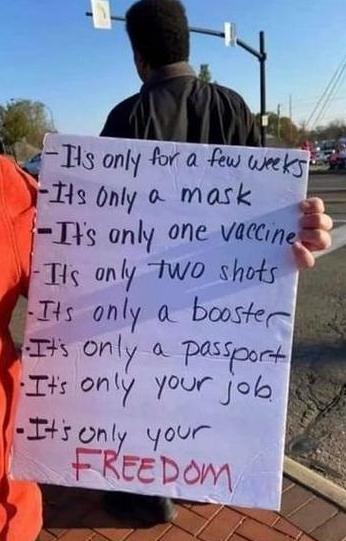 Bring a treacherous and deadly solution. (December 2020-June 2021)
– Offer a free vaccine for everyone.
– Promise protection and return to normality.
– Establish a herd immunization target.
– Simulate a partial recovery of the economy.
– Hide statistics of side effects and deaths from injections.
– Passing off the side effects of the injections as “natural” effects of the virus and the disease.
– Recover the notion of a variant as a natural mutation of the virus.
– Justify the maintenance of coercive measures by not applying the herd immunity threshold.
– Punish health professionals for the illegal exercise of care and healing. –
Result, doubts and feelings of betrayal among the vaxx, discouragement among opponents.

Install Apartheid and the QR code. (June 2021-October 2021)
– Voluntarily plan for shortages.
– Impose the vaccination pass (QR code) to reward the vaccinated, punish the resistant.
– Create an Apartheid of the privileged against the others.
– Take away the right to work or study from non-vaxx.
– Withdraw basic services to the non-vaxx.
– Impose PCR payment tests on non-vaxx.
Result, First stage of digital control, impoverishment of opponents 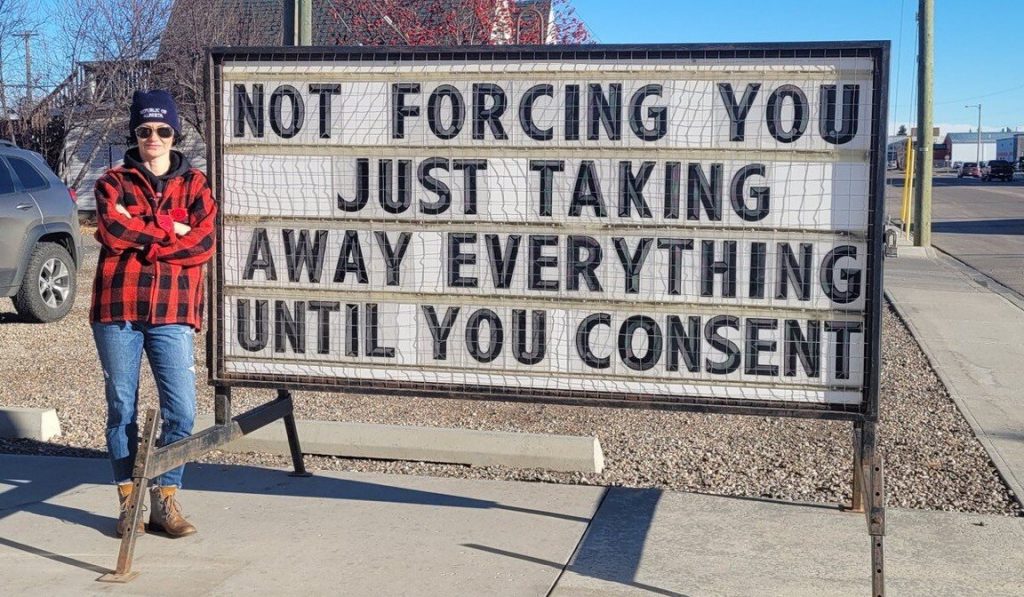 Establish chaos and Martial law. (November 2021-March 2022)
– Exploit the shortage of goods and food.
– Cause the paralysis of the real economy and the closure of factories and shops.
– Let unemployment explode.
– Apply a third dose to the vaxx (boosters).
– Take up the murder of the living old men.
– Impose compulsory vaccination for all.
– Amplify the myth of variants, the efficacy of the vaccine and the immunity of the herd.
– Demonize the anti-vaxx and hold them responsible for the dead.
– Arrest opposition leaders.
– Impose digital identity on everyone (QR code): Birth certificate, identity document, passport, driving license, health insurance card …
– Establish martial law to defeat the opposition.
Result, Second stage of digital control. Imprisonment or removal of opponents.

Cancel the debts and dematerialize the money. (March 2022-September 2022)
– Trigger the economic, financial and stock market collapse, the bankruptcy of the banks.
– To rescue the losses of the banks in the accounts of their clients.
– Activate the «Great Reset».
– Dematerialize money.
– Cancel debts, loans and loans.
– Impose the digital portfolio. (Digital Wallet)
– Seize properties and land.
– Ban all global medicines.
– Confirm the obligation to vaccinate semi-annually or annually.
– Impose food rationing and a diet based on the Codex Alimentarius.
– Extend the measures to emerging countries.
Result, Third stage of digital control. Extension of the N.W.O. to the whole planet. 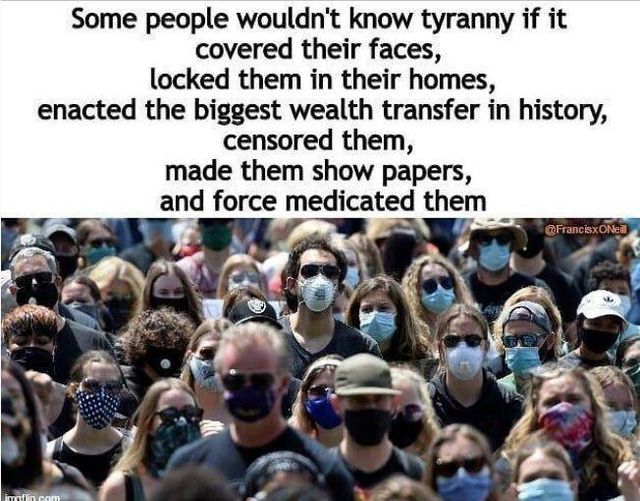 While some still cry “conspiracy theory,” the plans for “Pharma Uber Alles” have been advertised for years in plain sight, then demonstrated with lockstep precision over the past two years. Thanks again to Robin Monotti+Dr Mike Yeadon+Cory Morningstar Channel on Telegram for this reminder of what the global elite have been cooking up for us all along. Only now is the herd sensing in the putrid breeze that human meat was the main course. Note that the menus below come straight from the head Chefs, printed on official stationery: 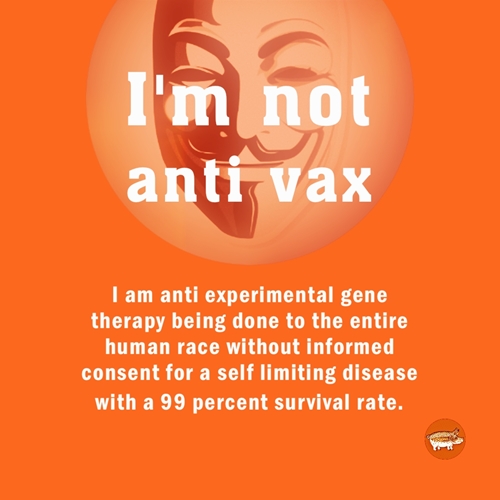