Utopian Fantasies vs. a Better World 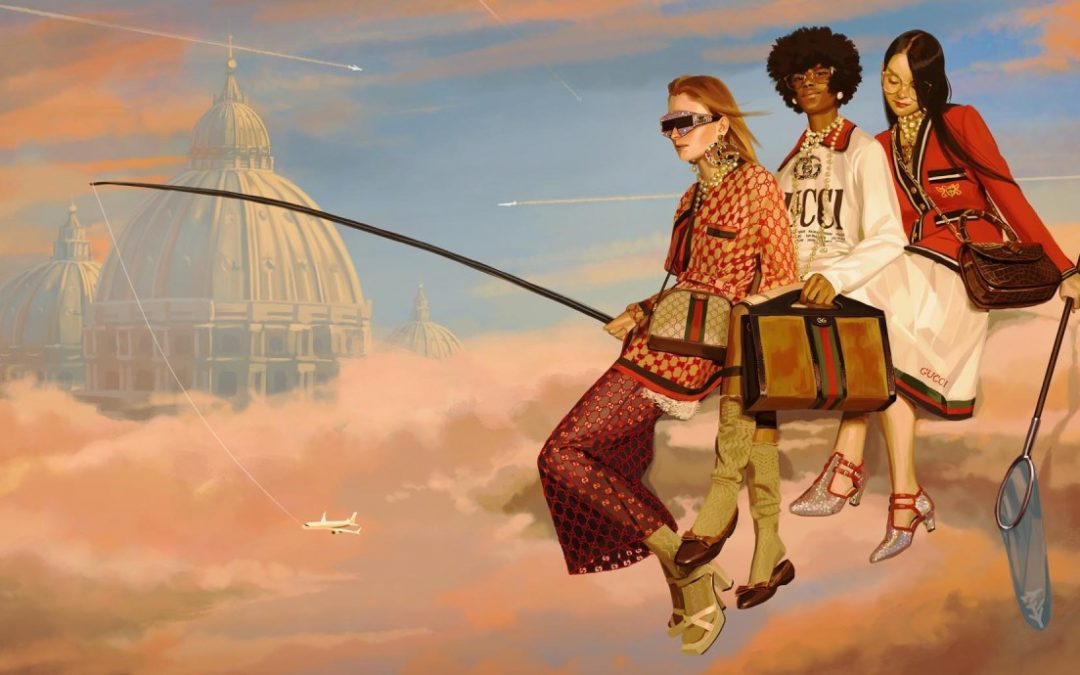 What happened to the Republic? Democracy happened

“When you come to the subject of who should ‘fix things,’ the government or private individuals, you could throw up your hands and confess that neither choice works, in which case you’re left with a terminal disease, and a fine excuse for doing nothing; or you could refer back to the principles of the Republic, and understand why the Founders put chains on government, and you might a find a clue for navigating out of the maze.”(The Underground, Jon Rappoport)

This piece is for anyone who can understand it—but it’s also for THE ENTREPRENEUR, who in his soul wants to do something large and bright and radical and successful, to turn the tide of human affairs in an enormously good direction and, yes, still make a substantial profit.

And no, “the universe” doesn’t rule out those two motives existing side by side.

The United States was created as a Republic.

Because the Founders knew the long experience of Europe: overarching tyrannies; bloated kings emboldened with the doctrine of divine right to rule; theocracies; gigantic theft of land; force, coercion; slavery.

The new 18th century American central government, through enumerated powers and checks and balances, had to be limited and even hamstrung.

On that basis, individual freedom would be maximized.

That was the whole point of a Republic.

The individual would be free to do whatever he wanted to, as long as he didn’t interfere with the life and liberty of others.

INDIVIDUAL FREEDOM—THE HALLMARK OF A REPUBLIC.

However, in order for a Republic to have a chance of success, the population would have to remain small. A Republic is not for an enormous population. The people are too remote from the federal center of power.

And there needed to be a population of moral people, who understood basic rights and wrongs, beyond legislation and law.

As the American population swelled, there should have been many Republics founded on this continent. Unfortunately, that never happened.

Instead, men in and around central government conspired to multiply their own power through a variety of means, thus creating monopolies of great strength, in government and business and money.

And gradually, these men and their descendants came to see they could foist a grand illusion on the people: they could promote the idea that “the people’s wishes were paramount” and should be served at all times.

Rule by “everyone.” Rule by “popular decision.” Rule by “meeting needs,” whatever they might be.

Meeting needs, of course, necessitated a more powerful and extensive government—shattering the severe limits originally imposed in the Constitution.

Marry these democratic elements to a decline in general morality—grab whatever you can at the expense of your neighbor—and the fate of the Republic was sealed.

The Republic was never perfect. Far from it. Perfection wasn’t its goal. But it was a noble effort, and the ideas on which it stood still survive.

Particularly, freedom of the individual.

That freedom is the launching pad for everything the individual can imagine and create, in order to build a greater future.

And the rule barring the individual from interfering with the life and liberty of others is still a basic principle.

Democracy cultivates mobs. It embodies the idea that any group which can gain attention must have its purported needs met.

What able individuals produce will be taken from them and given to those of “lesser ability.”

Limited government, the Constitution, the Bill of Rights—these are mere pieces of paper, old pamphlets trampled on in the streets by the mobs shouting their endless demands.

If the ancestors of these groups, at one time, had legitimate objections to the way government was being run (against them), now all that is swept away in a sea of base anger and revenge—which turns out to be the elite plan for the end-game…

If the elites can pull it off:

Chaos. Out of which a new level of order will be imposed—which takes us back to the kind of tyranny that existed before the struggle for individual freedom and limited government was won.

And all the while, these elite planners pose as utopian altruists. Socialists.

Somehow, the heritage of the Republic still lives.

Freedom of the individual.

The core idea on which America was founded.

A major point needs to be entered into this mix: ABUNDANCE. Planet-wide abundance of resources, technology, and energy.

As Buckminster Fuller made clear 80 years ago, there is “enough for everyone”—which is to say, every person on Earth can have the essentials of survival. Food, clothing, shelter.

However, Fuller (and others) stalled on the vital question: WHO WILL DELIVER THIS ABUNDANCE TO THE GLOBAL POPULATION, AND HOW?

In the arena of fuzzy thinking, the answer is, of course: “the government” will deliver abundance.

This is fatuous, idiotic, and impossible.

“The government” is controlled by men who, amidst their many crimes, have no intention of sharing the wealth of Earth’s resources and technology. I can’t emphasize this fact enough.

The government is there to promote socialism and technocracy as “better-world” answers right around the corner. THIS IS THE MASK.

Behind the mask is cruel top-down scarcity, upheld and maintained, despite the truth that there really IS enough for everyone.

No, government will not be the provider of abundance.

NOR SHOULD IT BE.

Here is the capper: if private businesses—including major corporations—realized they could sell food, clothing, and shelter to the global population for relative pennies—and make more profits than they’re making now—because of the size of that consumer base—they might reassess their position.

They might…but they won’t. Not without our help.

And you have the individuals who, armed with this understanding, could create businesses to bring such a vision to fruition.

No one said this job I’m proposing would be easy. Of course it’s not easy.

But, for example, the next generation of techies—after this generation of air heads who seek to worship at the knee of brain-computer mysticism has faded away—the next generation might be persuaded to revisit the core ideas of the Republic and see how free enterprise, freely undertaken, could work a true revolution and distribute abundance to the planet at the same time.

Imagine a near-future corporate boardroom meeting. The CEO stands up and says:

“OK, people, I’ve brought you here because we’re going to try something new and radical. Face it, we’ve been selling crap to our customers for a long, long time and gouging them in the process. Today, that stops. We’re going to shift over to a different theme. Our board will approve, because we’re going to show them this new effort will expand our bottom line. WE’RE GOING MAKE NUTRITIOUS FOOD PACKS AND SELL THEM FOR RELATIVE PENNIES TO A BILLION PEOPLE. That’s the initial goal. We can do it. On another front, we’re going to sell a billion people good clean food seeds for growing food crops. We’re going to buy acres of land in the so-called Third World and then sell parcels, for farming, to the poor for pennies and take a small share of their profits…

“Now, at first, we’ll have to work through a bunch of foreign governments, because they control their people. This is tricky. But if we give these tinpot leaders enough money, they’ll go along….”

Of course, there will be problems. Serious problems. The CIA, for example, which supports government control and scarcity around the world.

That’s where GOOD AND RIGHTEOUS PUBLIC RELATIONS ENTERS THE SCENE. That visionary CEO and his company will have to publicize the hell out of their radical new plan and expose the problems and barriers and ops the old guard throws up against them.

Wake up the people to what is going on.

“Are you kidding? This will never work.”

That’s what was said in the middle of the Dark Ages, when a few people said THE INDIVIDUAL SHOULD BE FREE.

“This will never work.”

With enough courage and determination and intelligence and vision and work and imagination, over a very long period of time, it did work.

Up against forces of evil and deception, it did work.

And it can work again.

“But this time it’s different. The situation is worse, much worse.”

The free and independent and creative individual has been lulled into thinking that he has to limit his entrepreneurial vision and goals to a few self-contained enterprises in a small corner of a much larger space.

He can think and plan and work in as large an arena as he wants to. If he wakes up.

If he’s a rocket ship with a range of 100 light years, and he’s operating on an old route that travels 50 miles, back and forth, something is seriously amiss.

There is much more to say…

This is about wiping away the delusion that “the government will generate a new and better world.”

If you want a better world, if you want abundance, you can choose government or the individual as the carrier. You can put your eggs in either basket. You can analyze both answers and decide.

You can roll the dice on either choice.

You can put aside the mantra of “nothing works” and look into the psychology of the individual and government and find truths.

An analogy: you’ve got a gigantic oil tanker that’s been heading in the wrong direction. You want to turn it around. Who is going to take the helm and do it?

On one side, you have 50 individuals, 47 of whom are corrupt and consumed with criminal greed. The other three are different. They glimpse the possibility of doing the right thing.

On the other side, you have that amorphous swollen blob called government. It’s not only consumed with greed, it preaches The Good as a deceptive front to cover its crimes. A few individuals who might want to do the right thing are laden with connections which command the continuance of crimes.