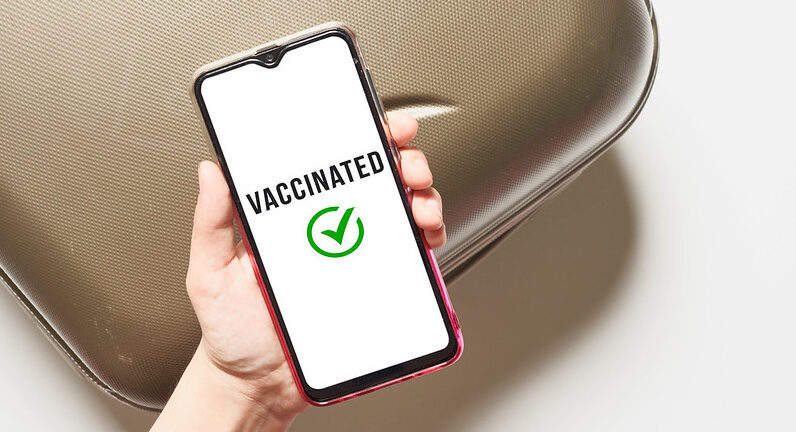 In this essay, Asa Boxer examines the potentially horrifying consequences of the hate speech being currently deployed by world leaders in order to gain public acceptance of vaccine passports by stirring up hatred against those “unvaccinated” with the Covid-19 experimental mRNA gene therapy treatments. This essay originally appeared, in an abridged and edited version, in The Epoch Times on September 16, 2021.

Legally speaking (in Canada at least), hate speech is a public utterance, publication or symbolic representation that promotes the vilification and detestation of an identifiable group.

In recent months, I have witnessed the proliferation of lawn signage stating, “Hate has no home here.” Those displaying these signs are by and large well-meaning folk who feel that their message telegraphs support to those who might otherwise feel marginalised. Unwittingly, however, these signs are telegraphing hate. A more effective message would state, “We welcome all kinds; we love YOU!” Instead, the signage implies that there is a certain kind of person who is not welcome. These deplorables are being vilified and detested. In other words, the anti-hate movement is itself promoting hate.

Meanwhile, anti-haters seem to have lost their ability to identify hate, since certain species are deemed healthy. The movement is so caught up with lawn signage, that when confronted with actual hate—for instance when Justin Trudeau says, “You need to condemn those people,” or “They are putting at risk our kids”—it evades their radar. Hate has found a back door into their hearts.

With the advent of the COVID era, due to the efforts of some cynical pharmaceutical PR & Marketing persons, there has been an effort to characterise those who oppose lockdowns and various other misguided forms of government overreach as “haters.” A very tenuous claim circulated widely in 2020, for example, suggesting that criticism of lockdowns was hateful of certain minority groups at greater risk of infection. The giveaway that this absurd argument was merely a form of political rhetoric is that now that vaccine passports are top of the agenda, the observation that marginalised minorities are disproportionately impacted by the measure is receiving little attention and is almost never called hateful.

The emergent COVID regimes—taking a page from the Nazi playbook—are singling out a group as unclean contaminants and a contagious threat to society. Politicians are engaging shamelessly in hate, wilfully inciting detestation of the unvaccinated. Meanwhile, the vaccine hesitant are guilty of nothing more than a difference of opinion, on the one hand, and on the other hand, of an opposition to state control over their bodies.

Prior to COVID, the My Body, My Choice slogan was ubiquitous in the fight for abortion rights. And up until yesterday, one couldn’t argue against it without being vilified as a hateful misogynist. Enter COVID and overnight, the My Body, My Choice ideal is quashed. The reasoning? Legalistically speaking, our “bodily autonomy is not absolute.” Recently, lawyers representing the American Civil Liberties Union (ACLU) came out saying precisely that, using the anti-abortion perspective to support vaccine mandates.

As Glenn Greenwald points out, this position is a complete about-face for the ACLU, which, in reports from 2008 and 2020, warned against vaccine mandates and coercive state behaviour, demonstrating how statist overreach has done more harm than good during past health crises. In contrast, educational approaches have proven exceptionally efficacious at bringing disease outbreaks quickly under control. Not only the ACLU, but also close to 60,000 medical professionals and doctors worldwide have demonstrated their agreement with this level headed assessment by signing the Great Barrington Declaration.

Anyone who wants to make a claim of exceptionalism when it comes to COVID need only observe those regions that have rejected lockdowns and segregation. In the face of all manner of international pressures, Sweden, for instance, upheld its constitution and the rule of law. Consequently, the Swedes are thriving and have not suffered the immense collateral damage brought about by the coup d’etat affected elsewhere.

No doubt hating Nazis or the KKK may be a good thing. For argument’s sake, I will grant the problematic and circular argument to those who feel it is right to hate haters. I will also tentatively grant the anti-abortionist reasoning that our “bodily autonomy is not absolute.”

The vaccines in play are non-sterilising: this means that they do not stop a vaccinated person from carrying and transmitting the virus. There is, in short, no argument that justifies mandating them. And it is irrational to segregate the unvaccinated.

According to Professor Christina Parks from the University of Michigan Medical School, a PhD in cellular and molecular biology who testified before the Michigan State Legislature in August 2021, the greater proportion of vaccine hesitant are PhDs and those lacking a high school diploma. The latter “know what they don’t know” and “they don’t trust the government,” as Parks explains. Why do PhDs hesitate?—(a) the historical record of rushed vaccines is full of dangerous duds, (b) pharmaceutical companies are notorious felons who have paid out billions of dollars in damages, and (c) PhDs are familiar with how corruption operates within faculties and institutions, especially within the medical sphere.

The Dengue vaccine, developed by the NIAID under Dr. Anthony Fauci’s aegis and still approved by the CDC, was given to thousands of children in the Philippines and killed at least 600 kids before it was banned there. Another rushed vaccine in the US in 1976 (this time against swine flu) led to 53 deaths from vaccination. In that case, the swine flu epidemic that was expected never materialised. One of the worst consequences of that vaccine rush was that the US waived liability for vaccine developers. More recently with the H1N1 vaccine, developed just over 10 years ago, 1 in 10,000 developed a nervous disease.

Now visit VAERS—the US Adverse Event Reporting System—and look at the death signal for the present run of vaccines! (Or you can visit https://www.openvaers.com.) It dwarfs these past death signals by orders of magnitude. The USA has 14,925 post vaccine deaths (as of September 19, 2021) and the number keeps rising weekly. Keep in mind that bulk counts make no distinction between those who die with COVID and those who die of COVID, whereas VAERS reports of those who die with or of vaccines are going unaddressed and “official numbers” are deflated to 7,000 (still astounding) through statistical manipulations that exclude those vaccinated with one dose and those vaccinated less than 14 days prior to death.

PhDs are aware of these facts and are, therefore, hesitant.

When it came to light that the Nazis had been engaged in scientific experimentation on humans, including sterilisation of the “unclean,” world leaders came together to ensure this horrific side of science would never again rear its ugly head. The result was the Nuremberg Code, which made informed consent the ethical cornerstone that would guide pharmaceutical developers when entering any phase of human testing. Essential to this concept: consent cannot be coerced. Telling someone, for instance, that they will lose their job or their rights if they do not consent to a medical procedure is the purview of the worst sort of haters.

Asa Boxer is an award winning writer, and a founder of the Montreal International Poetry Prize, now run by McGill University. He presently co-edits The Secular Heretic, an online magazine for the arts and sciences. Boxer has published several books of poetry, and he also produces a weekly cultural video series called Daymakers.