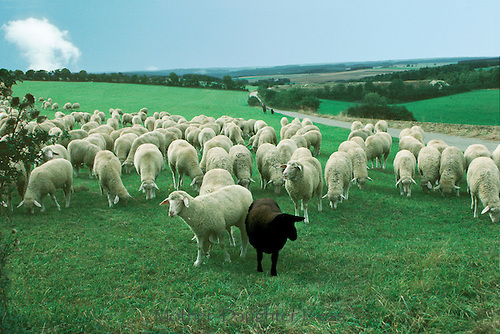 Hail to the herd! The herd is all!

The concept of herd immunity (protection for the population) is often used by vaccine addicts as a way to push guilt at people who don’t line up their children for shots.

Little Jimmy, whose parents have decided not to vaccinate him, will pass diseases on to kids who are already vaccinated? What? Oh, you mean those immunized kids aren’t really safe? Then why did you vaccinate them in the first place?

What actually protects people against disease, or enables them to recover from disease with no lasting ill-effects, is the strength of their immune systems.

If a person has a chronically weak immune system, he will get sick again and again, and it doesn’t matter how many people around him are vaccinated against how many diseases.

The health of populations has everything to do with good nutrition, adequate sanitation, and an absence of toxic elements in the environment.

There are many doctors who know this, but they refuse to speak out, because they know they’ll suffer consequences.

Vaccination, as a propaganda strategy, is used to medicalize the population—to assert that good health is fundamentally a medical matter.

If tomorrow, two things happened, they would change the face of health in any industrialized country:
One, millions more people buying healthy food and/or growing their own food, in yards; and in inner cities, growing food in community gardens.

And two, the courts delivering justice in the form of billion-dollar fines and long, long prison sentences to corporate employees (including CEOs) for severe and real pollution.

Note: That justice would eliminate GMO crops which rely on toxic pesticide use.

I’m not spinning rainbows. I’m just pointing out that, with these two changes alone, hospitals and clinics and doctors’ offices would empty out, and the medical cartel would finally experience vast comeuppance.
Health and life are not medical functions.

Any science that claims they are medical functions is false science, and the people who make those claims are liars or morons or criminals, or some combination of all three.

“The combined death rate from scarlet fever, diphtheria, whooping cough and measles among children up to fifteen shows that nearly 90 percent of the total decline in mortality between 1860 and 1965 had occurred before the introduction of antibiotics and widespread immunization. In part, this recession may be attributed to improved housing and to a decrease in the virulence of micro-organisms, but by far the most important factor was a higher host-resistance due to better nutrition.” (Ivan Illich, Medical Nemesis, Bantam Books, 1977)

It doesn’t matter which disease labels are placed on this illness; it persists. And it will persist until these factors are remedied.

Take a wealthy community like Beverly Hills. How many doctors would dare tell a parent, “Look, your child needs fresh air, sunlight, exercise, and he needs to stop eating junk food and playing video games ten hours a day. Until that happens, there’s nothing anyone can do for him.”

A doctor insisting on non-medical solutions? Forget it.

The basic elements that promote a healthy and strong immune system undercut vaccination and other medical interventions. People can rail against that fact; they can attack it; but they can’t change it.

So, soccer moms, try applying a little common sense and intelligence to the situation. What should you be doing to strengthen your child’s immune system, and why are you so worried that unvaccinated kids are a danger to your vaccinated child, if he is protected? Face it, you’re acting as a dupe for the gigantic socialization strategy called vaccination.

About the Author
Jon Rappoport is the author of three explosive collections, THE MATRIX REVEALED, EXIT FROM THE MATRIX, and POWER OUTSIDE THE MATRIX, Jon was a candidate for a US Congressional seat in the 29th District of California. He maintains a consulting practice for private clients, the purpose of which is the expansion of personal creative power. Nominated for a Pulitzer Prize, he has worked as an investigative reporter for 30 years, writing articles on politics, medicine, and health for CBS Healthwatch, LA Weekly, Spin Magazine, Stern, and other newspapers and magazines in the US and Europe. Jon has delivered lectures and seminars on global politics, health, logic, and creative power to audiences around the world. You can sign up for his free emails at NoMoreFakeNews.com or OutsideTheRealityMachine.
(To read about Jon’s mega-collection, Exit From The Matrix, click here.)

This article (Herd Immunity Used for Fear and Guilt) was originally created and published by Jon Rappaport’s Blog and is re-posted here with permission.