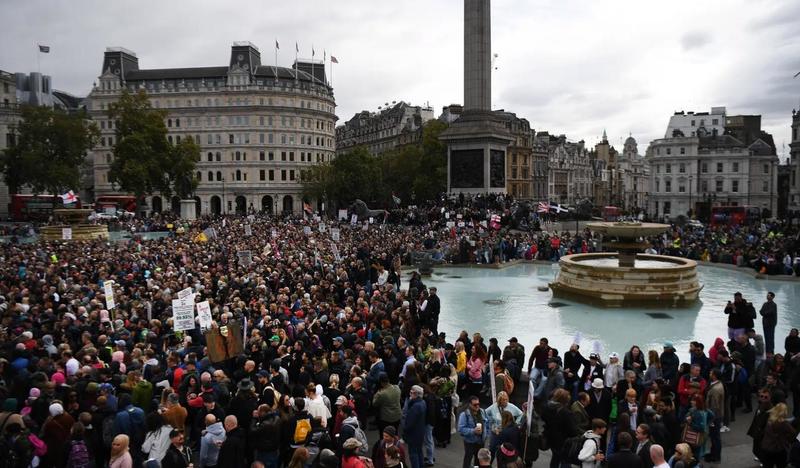 Six months after parliament passed the Coronavirus Act 2020, which gives the government powers to impose lockdowns and other restrictive social distancing measures (measures that have been accompanied by stiff fines), thousands of Britons packed London’s Trafalgar Square bearing signs reading “We Do Not Consent” and “Think Before It’s Illegal” during a rally that was billed as a “We Do Not Consent” anti-lockdown demonstration.

The event was organized by a coalition of political groups, and supporters have been galvanized by the talk of another London lockdown by mayor Sadiq Khan, as well as PM Boris Johnson’s assurances that a lockdown would be imposed if the government felt all other measures had failed.

Protests are exempt from the rule of six, a rule that threatens fines for groups of more than six people, which has created much aggravation in the UK. Organizers of the rally had to submit a “risk assessment” and agree to comply with social distancing rules. While police told the press that the organizers had completed these requirements, the metropolitan police promised to crack down on those not wearing masks and violating other rules.

They added that enforcement “remains a last resort but will be undertaken if required.”

Demonstrators waved signs and British flags and cheered as speakers – including several notable “conspiracy theories”, according to the Guardian – addressed the crowd. Crowds chanted “freedom” as people whistled and clapped.

#WeDoNotConsent
The crowds get bigger at every protest.
More people are waking up.
Stand up and fight for your rights.
Trafalgar Square pic.twitter.com/gugLqUfLs6 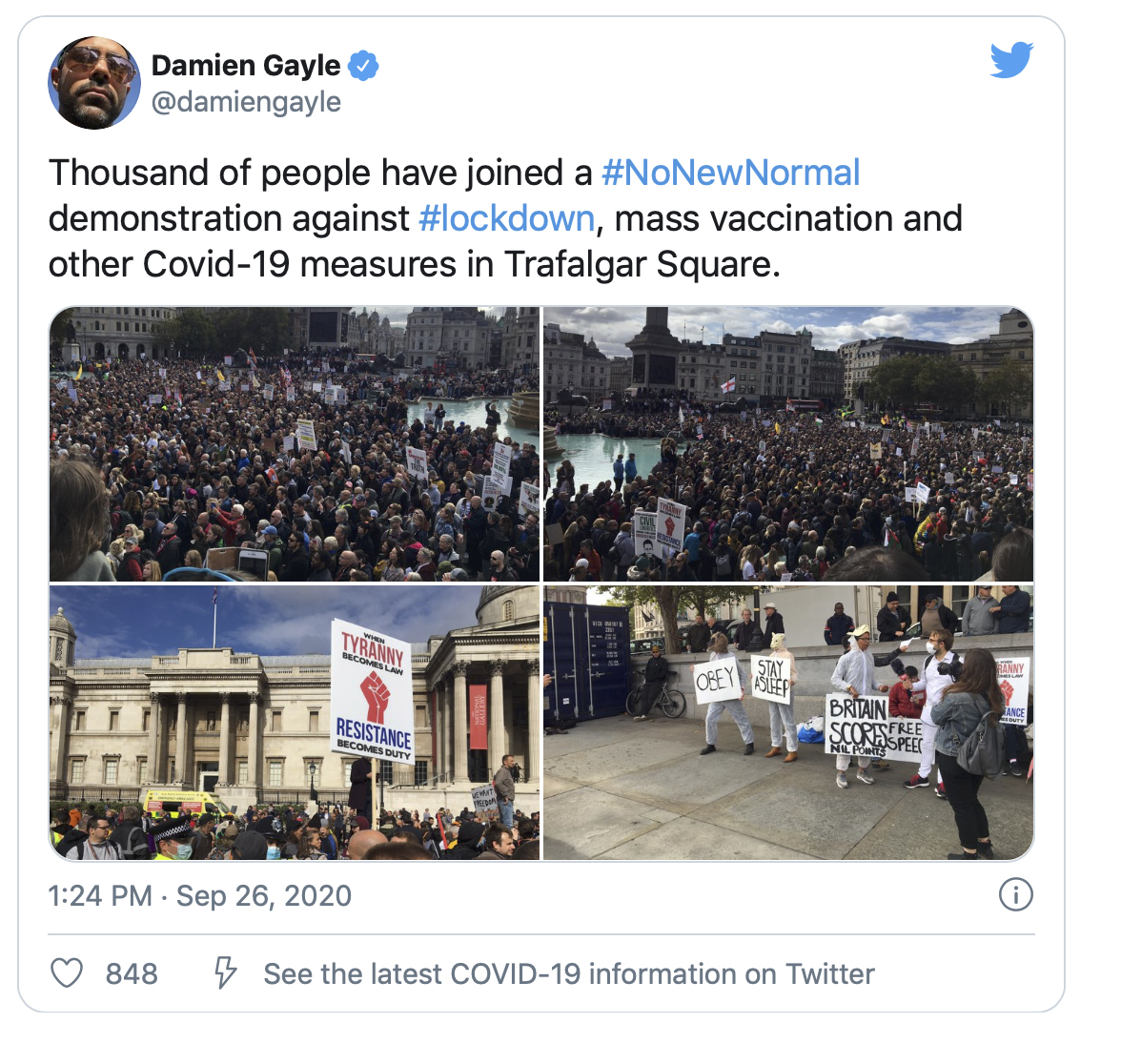 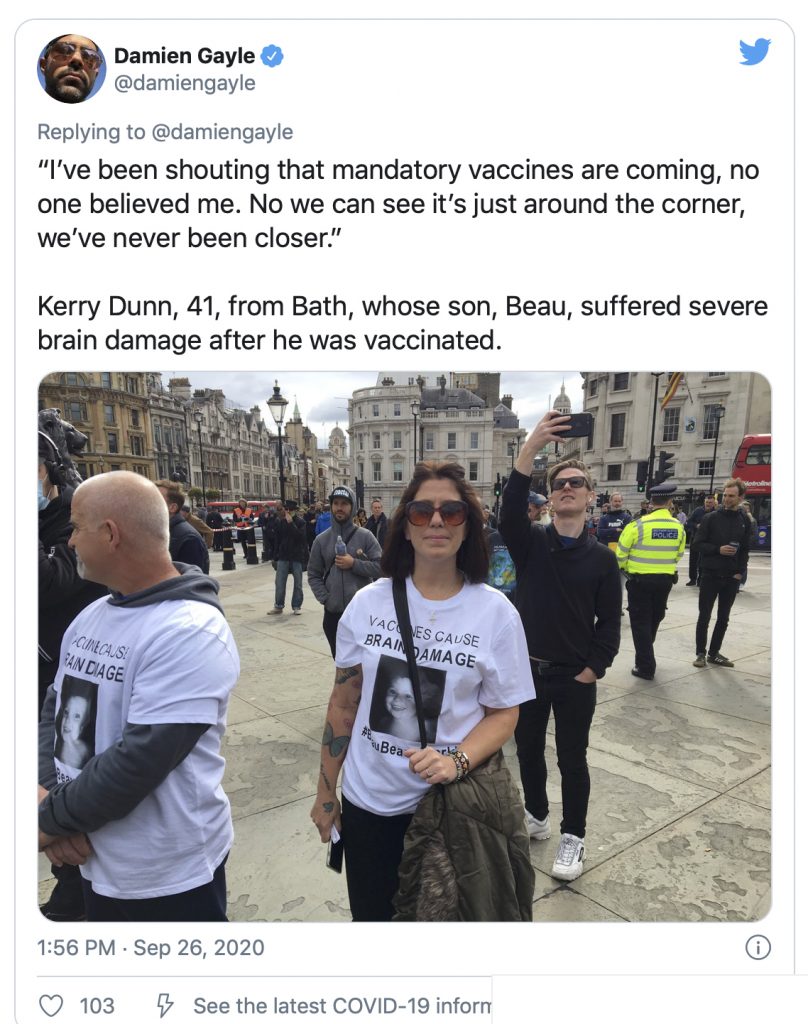 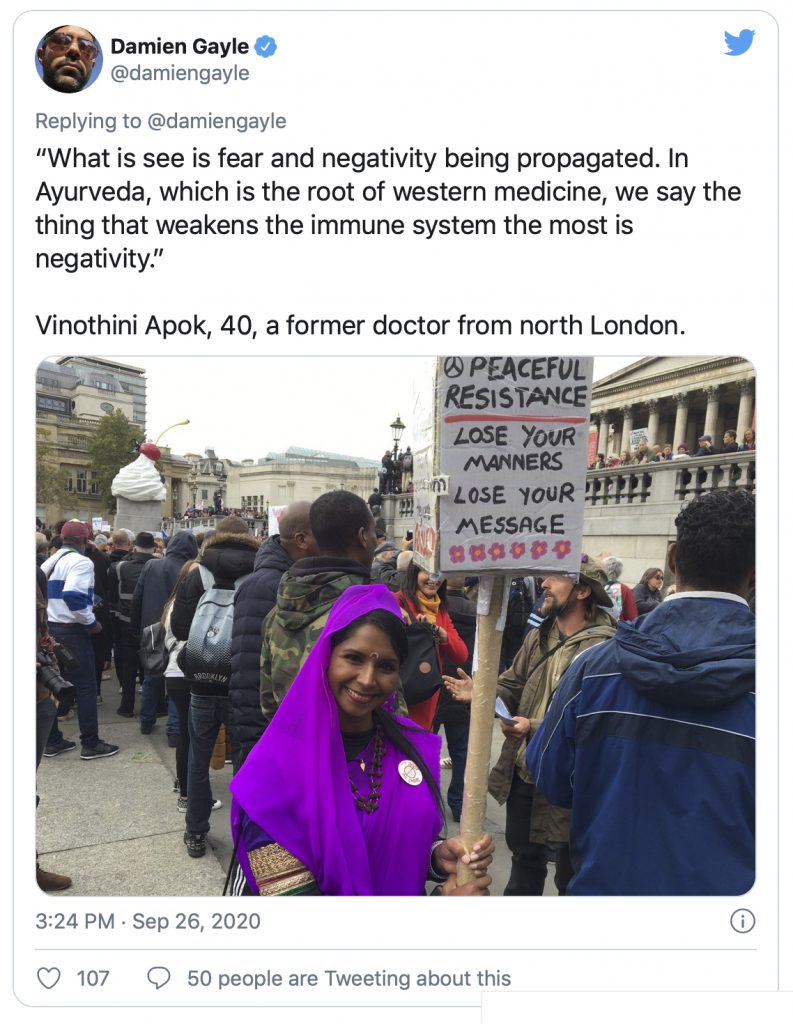 At points, police fulfilled their promise to break up crowds. Before they began, the protests received a warning from the Metropolitan Police, which said it would intervene if the protesters don’t abide by social distancing guidelines. 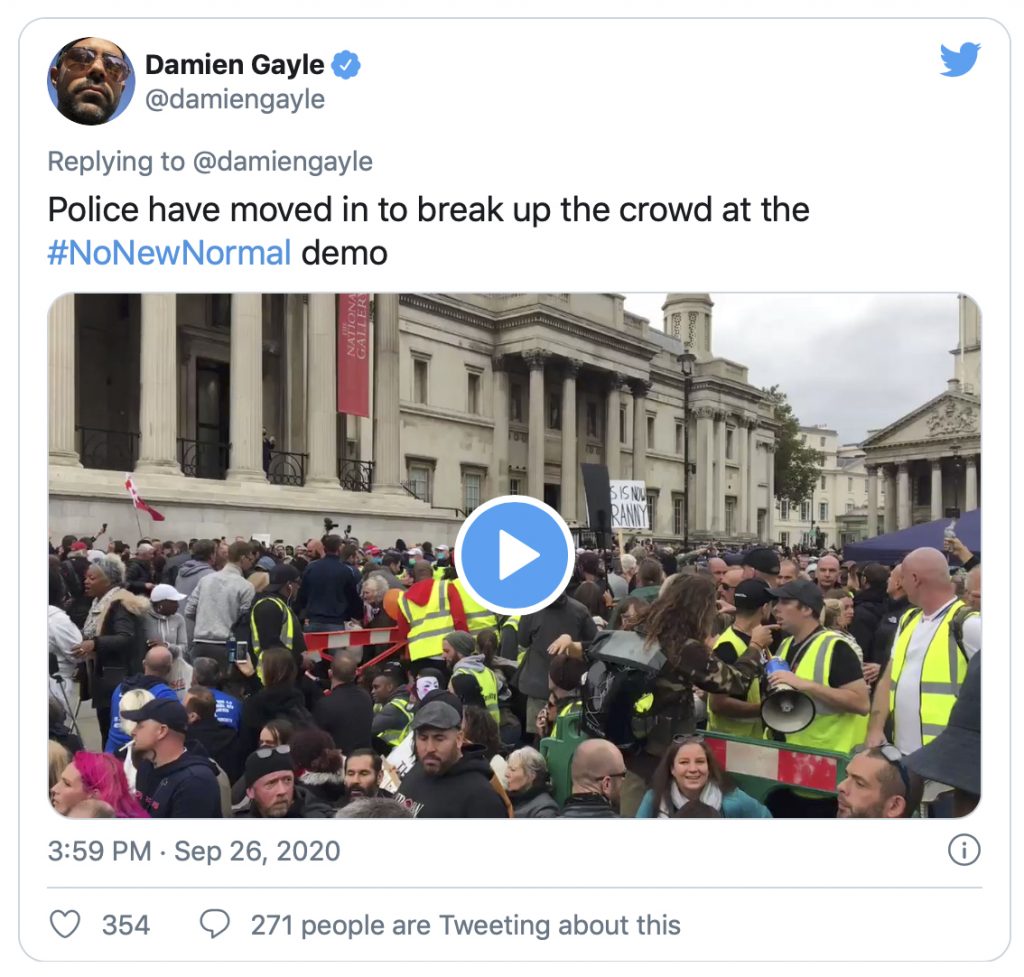 Toby Young, General Secretary of the Free Speech Union, expressed hope that law enforcement would allow the group to protest “as they did with [Extinction Rebellion] and BLM.” 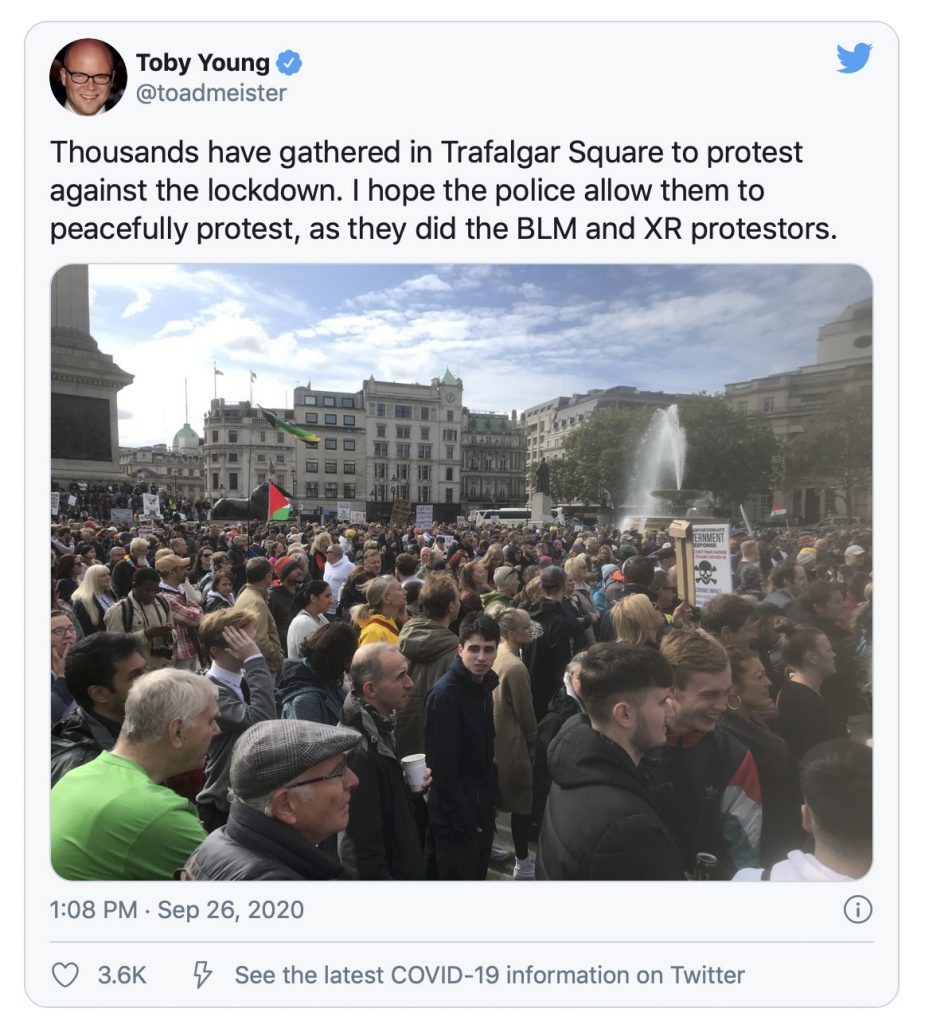 “I’ve been shouting that mandatory vaccines are coming, no one believed me,” she said. “Now we can see it’s just around the corner, we’ve never been closer.”

Another event, billed as a “People’s network and family picnic”, is also being organised by the same activists for Sunday in Hyde Park.